It’s a question far more important to ask than whether or not Batman V Superman: Dawn of Justice is a good or bad film. Should you already have an answer to #WhoWillWin, before I have even asked it, then you are undoubtedly already going to see this movie anyway. So while this review might give you some things to think about, I doubt it will waver you in your convictions. For everyone else who reads this there should be some things you know before going to see #BatmanvSuperman.

Be advised some mild spoilers ahead.

Should you go and see it? Definitely!

Is it a great film? Far from it.

To be clear and upfront, I thoroughly enjoyed watching Batman V Superman: Dawn of Justice (from here on referred to as BvS). There is a lot to love about the movie, including the fact that it is based on two of my favorite animated DC movies: The Dark Knight (Parts 1 and  2) and Superman: Doomsday. However there are several things I disliked or disagreed with that were more than your typical fanboy ranting and raving.

In my opinion, the problems started during the promotion of the film. I thought that the trailers gave away far too much of the impending twists and turns for any fan with a reasonable knowledge of comic book history to not be able to guess the plot line of the film. I am of the opinion that Doomsday should have been kept a secret and only revealed during the movie. It would have made for a much more shocking and engaging twist than anything the movie actually delivered.

Batman V Superman is meant to be the follow up to 2013’s Man of Steel, which introduced us to the titular Last Son of Krypton himself, #Superman. While not universally loved by the public and critics alike, I actually really enjoyed Zach Snyder’s interpretation of Superman’s origin story. As a follow-up, BvS takes place 18-months on from the events of Man of Steel and tries to use the rampant destruction during the culminating fight between Superman and General Zod as the driving force behind the conflict brewing between the two main heroes: #Batman and #Superman.

Keeping with the ‘origins story’ nature of the films so far in the fledgling DC Extended Universe, BvS starts off as a Batman origins film with a smattering of some of Frank Miller’s truly fantastic graphic novel, The Dark Knight Returns, thrown into the mix for the first half of the movie. It sets up Batman as an unforgiving crusader scarred from his years of conflict. However, I am of the opinion that Zack Snyder goes too far down this path.

One constant across all Batman franchises is the Dark Knight’s aversion to guns, the weapon that took the lives of his parents. Snyder’s willingness to have Batman fire a gun at one point in the film is a massive departure from nearly 70 years of comic book lore and felt fundamentally wrong. This issue is exacerbated even more during the conflict between the two main characters, which seems broken to me. The much anticipated showdown feels rushed into rather than an organic end to a conflict brewing over the course of the film and the reason that they team up and stop fighting feels even more forced. It’s almost like there’s an extended version of this movie lying around somewhere that was more fleshed out.

Even the final battle of the movie felt ridiculous, as the alliance of the three superheroes goes about once again destroying Metropolis, the very thing that drove Batman to hate Superman in the first place, whilst they take on Doomsday. This is of course all remedied by the fact that it’s in a “business district” and most people have gone home for the night.

On the acting side of things, Ben Affleck does an exceptional job of portraying Batman and may be one of the more positive things to come out of the chatter following the release of the movie. His performance along with that of the new Wonder Woman, played by Gal Gadot, are by far and away better than the rest of the main cast. I’m genuinely excited to see their standalone movies in the future.

Henry Cavill does much the same job as he did in Man of Steel and hasn’t managed to flesh out his character anymore than where we saw in the origins story (this may be a fault of the film, rather than his acting ability). His Superman feels devoid of any emotional growth as a character and it will certainly need to be dealt with before the first Justice League film in 2017.

Jesse Eisenberg’s Lex Luthor comes across as having a serious case of Asperger’s syndrome rather than the brilliant, billionaire industrialist who becomes the arch nemesis to Superman.

Comic book movies have taken a significant chunk of our annual cinematic schedules built largely on the back of Marvel’s outstanding Cinematic Universe (MCU). The idea that all movies take place in, and affect, the same shared world that the other characters inhabit leads to real consequences for all. It also helps the audience blend events together in a narrative that supports each movie with hours of background.

Zack Snyder’s second movie as director in the DC Extended Universe makes me worry that it will not be executed anywhere near as well as that of the MCU. Characters remain the weakest point of the mix with little growth or exposition during the course of the films or between them, like in the case of Superman. While the darker, more adult world definitely appeals to a different audience than that of the MCU, I think Snyder and company have a massive job ahead of them if this project is to succeed.

If you have the time, I would seriously recommend watching the trio of movies (Superman: Doomsday and The Dark Knight Returns Part 1 and 2) from DC’s exceptional animation studio, to give you a better understanding of what the movie was trying to emulate, albeit not quite as successfully. 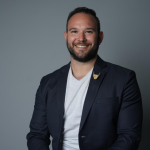