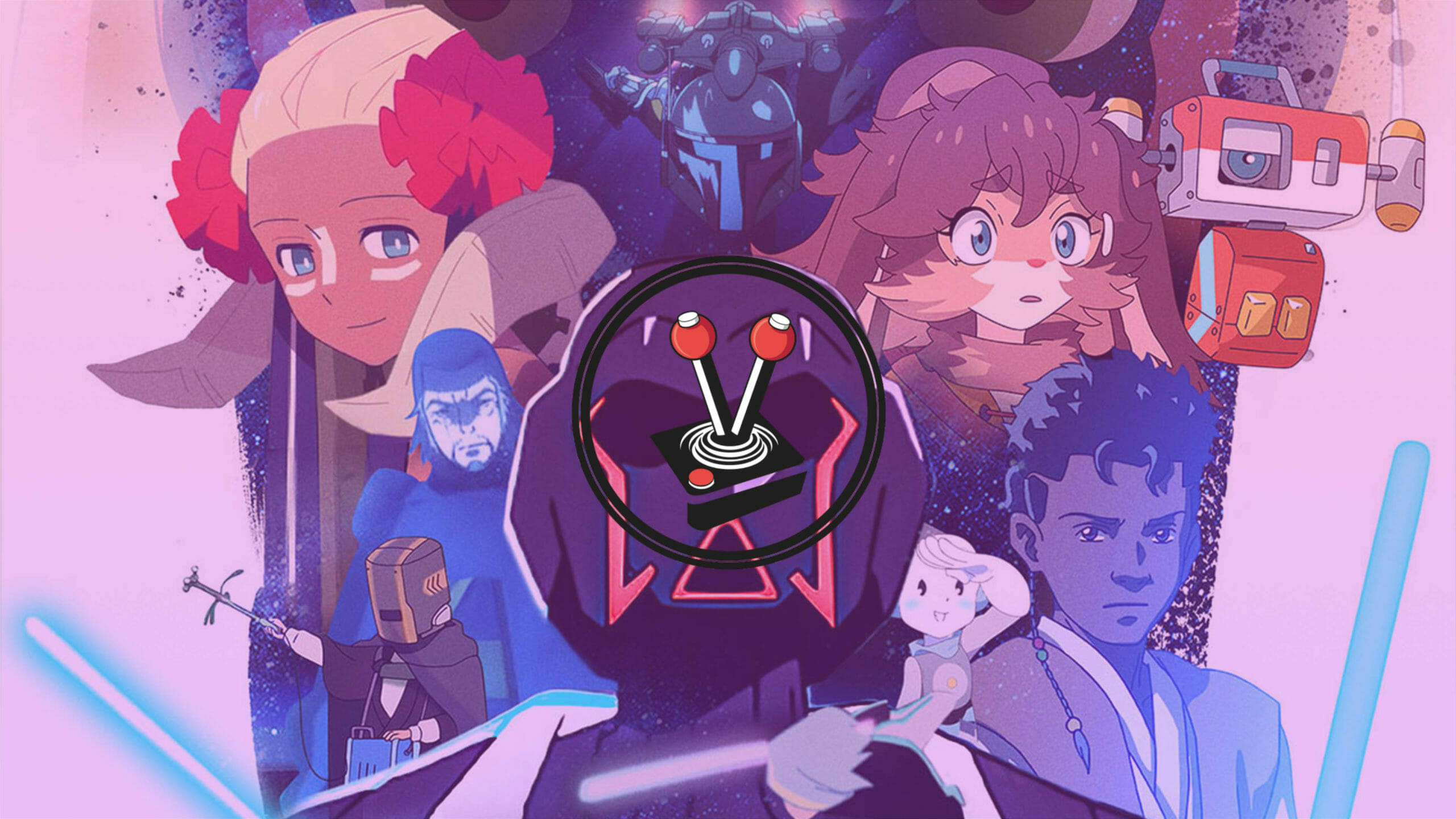 Star Wars is iconic. Since its original inception by Lucasfilm in 1977, this unique intellectual property has influenced geek culture on a global scale; and has continued to hold prominence in the science-fiction zeitgeist all the way into 2021 (with no sign in sight of slowing down). Love it or hate it, Star Wars has undeniably played a massive role in shaping both cinema and geek culture as a whole. With Disney’s acquisition of Lucasfilm in 2012, there has been significant resurgence in the franchise once more; with a plethora of new movies and television shows being added to the collection. With this in mind, the newest addition to this ever growing new catalogue is Star Wars: Visions (2021).

Star Wars: Visions is an anthology series available to stream on Disney+. Produced by Lucasfilm, the series consists of nine episodes created by seven different and well known Japanese animation studios. Instead of these episodes tying into the main Star Wars continuity, similar to how Marvel’s What If? (2021) connects to the Marvel Cinematic Universe through the Multiverse, Star Wars: Visions gave each studio total creative freedom. As such, each episode tells its own and completely self-contained story, with inspiration taken directly from the Star Wars franchise. This approach allows each studio to showcase their own style while celebrating and remaining connected to the core Star Wars universe.

As such, Star Wars: Visions allows viewers to experience a variety of unique stories from across the galaxy far, far away; ranging from heartfelt through to hilariously quirky. In this way, it is obvious how some of these ‘visions’ would never really make it into the main continuity, but they are lovely to experience nonetheless. Some memorable examples include a robot who becomes a Jedi, as well as a story about an intergalactic band who want to make music, but Jabba the Hutt keeps getting in their way (this is also the only story to include known characters from the Star Wars franchise).

When thinking about Star Wars, two distinct genres typically jump to mind: Space Opera with some Spaghetti Western mixed in. Combined, these genres are responsible for giving Star Wars its instantly recognisable look and feel. Although the franchise is probably as far removed from real life as possible, the Spaghetti Western influence helps to ground it a little more to reality. So whether one plays the games, reads the comics, or watches the movies; there are always aspects that look and feel like home (at least from a traditionally Western and European perspective). More importantly, it is the franchise’s relatability against all odds that is so quintessentially “Star Wars”. Therefore, the most unique aspect of Star Wars: Visions is how it builds on this successful formula by mixing it with another medium: anime. Imagine, if you will, the Star Wars you love, but crafted in various anime styles with beautiful splashes of Japanese influence and heritage. The result is a visually stunning and refreshing take on the Star Wars legacy (featuring some genuinely captivating and awe-inspiring fight scenes).

In The Dark Knight (2008), Harvey Dent said “you either die a hero, or you live long enough to see yourself become the villain”. Whenever a franchise has been around for a very long time, this popular quote begins to take shape and, in certain ways, becomes true. With that said, Star Wars has, rather fortunately, evaded falling victim to this particular scenario (at least for now). While fans of the franchise will argue long after the sun has set about which movies in the series are good or bad; one thing everyone can agree on is how Star Wars always stays true to its original visual and tonal styles, no matter how much time has past.

If the franchise was ever set to lose some of its visual and tonal influence, however, it would assuredly be during Star Wars: Visions. Yet this could not be further from the truth. Even while playing around with various animation styles and ways of storytelling, it is wonderfully evident how there is a deep seated love for the franchise woven throughout each episode. While it would have been easy for the studios behind Star Wars: Visions to create narratives they wanted to tell, throw in some lightsabers and call it a day with a Star Wars label; it is clear how much passion has been placed into this project. Each story feels like it exists within the Star Wars universe, with all of the core visual, auditory and thematic aspects in place. In a way, the narratives in this animated series feel as if they are clearly crafted around the very essence of what makes Star Wars so special – serving as an absolute love letter to animation, Anime, and the franchise; all in one fell swoop.

Given the unique visual style of Star Wars: Visions, one would not be remiss for linking the similarity of the series to Netflix’s animated anthology, Love Death + Robot (2019). Unlike that series, however, Star Wars: Visions is best enjoyed a single episode at a time, and this is perhaps both its best and worst aspect.

A critique of the show as a whole is how when watched in a single sitting, the episodes all start to blend into one another instead of standing on their own. This significantly diminishes the overall experience greatly. After all, there are only so many ways lightsaber fights can be depicted before repetitiveness sets in. Despite the incredible creativity on show from allowing each studio to create their own story; the series as a whole might have been better served if each episode had a form of continuity. In so doing, it could have channelled more of The Animatrix (2003) versus singular and disconnected stories from within the same universe.

Although the current nature of the series might not be conducive to binge watching, the anthology based nature does also serve as one of the best aspects of Star Wars: Visions. In this sense, the use of short and self-contained stories allows the show to do away with one of the most significant barriers of entry when it comes to Star Wars: the need for previous knowledge in order to truly enjoy the content. Imagine walking into Star Wars: The Force Awakens (2015) without any prior knowledge of Luke Skywalker, Princess Leia, Han Solo, Darth Vader, and so many more characters pivotal to the narrative; and being expected to understand what is going on. The experience might still be somewhat enjoyable, but less so if the backstory was not already known.

With Star Wars: Visions; knowledge of the Skywalker saga is not needed. This makes the series incredibly accessible. Better still, given how none of the featured stories fit into the current Star Wars canon; they can be enjoyed as is and by anyone – making it a truly fantastic show to watch together with either friends or family.

Although the short and self containing format works well from an accessibility perspective, it is also one of the show’s biggest caveats. With none of the stories ever linking together to create more powerful and intertwined stories, they often end up feeling rushed and lacking the emotional impact their cinematic counterparts are known for. However, not living up to their predecessors does not mean Star Wars: Visions should be skipped. While the short format means certain episodes do not really have enough time to create a truly memorable story, the extraordinary animation quality throughout makes the entire experience worthwhile. It is also incredibly interesting to finally see stories from this universe told by characters not related to the Skywalkers.

Despite some shortfalls, it is still an awe-inspiring experience to see a franchise as beloved as Star Wars represented in so many different visual styles within Star Wars: Visions. Even when the episodes feel rushed, they still exude a prevalent love for this exceptional part of geek culture. The universe George Lucas first dreamed up all those years ago when Star Wars first came to life, has only continued to grow and become more fleshed out with each piece of released media. It is always a delight to see a new and unexplored part of the ever-expanding universe; and this is exactly what Star Wars: Visions offers.