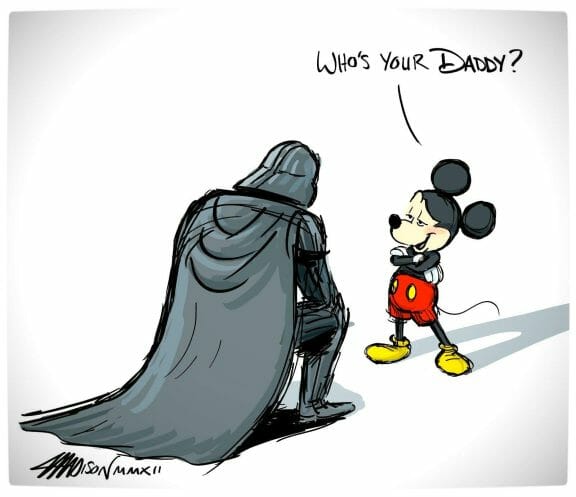 The Walt Disney Company’s acquisition of LucasFilm Limited in October of last year for $4.05 Billion has continued to send fans of the galaxy from far, far away into a right Rebel panic.

With rumours of Disney planning to give new life to the beloved Star Wars franchise through new spin-off movies and continuous sequels, some fans may have cause for concern.

The latest theme park trailer for Disneyland (embedded below) does not appear to dissuade any of those fears. In fact, it might exacerbate them instead.

In my humble opinion, I think that Disney acquiring LucasFilm is fantastic. Disney have the marketing power and deep coffers to breathe new life into a vast and rich universe that has been sorely neglected and misused for almost a decade.

If Disney can do to Star Wars what they have done with Pirates of the Caribbean, then I personally look forward to what Mickey’s gang will do with the Star Wars franchise. Bring on Star Wars Episode VII!