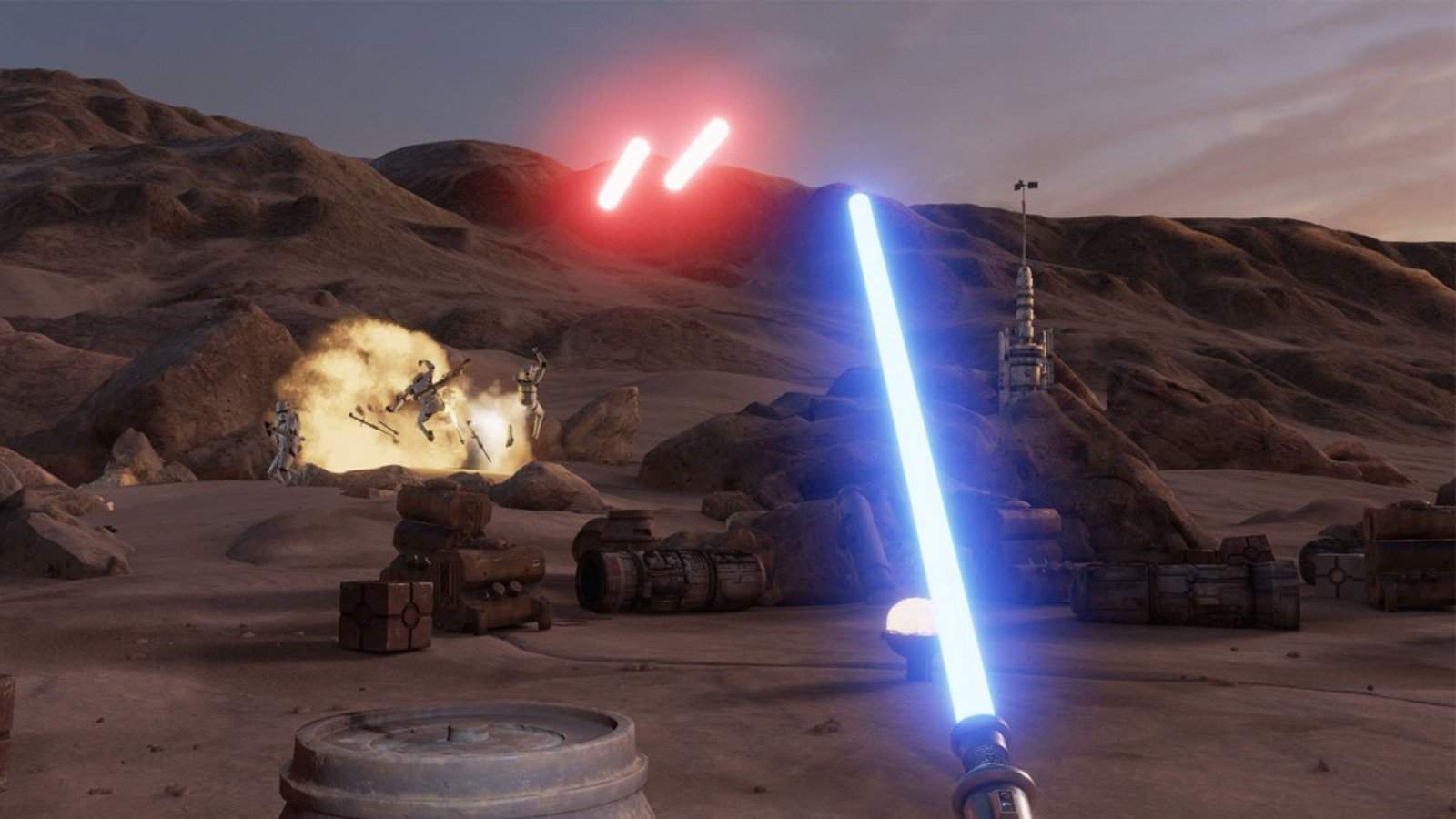 Courtesy of virtual reality, Star Wars fans can now wield and battle the Empire with their very own lightsaber! This is thanks to the new Star Wars Trials on Tatooine Virtual Reality (VR) experience for the HTC Vive.

Trials on Tatooine is a brief experience that gives HTC Vive owners the ability to wield a lightsaber in virtual reality. The experience is built around asking players to repair the famous and iconic Millennium “bucket of bolts” Falcon, but that is not all.

As players attempt to make repairs, they are also hounded by a number of Stormtroopers that they must fend off with Luke’s lightsaber. The entire experience takes place on the planet Tatooine, which fans of Star Wars’ will recognise as the home planet of Luke and Anakin Skywalker.

The game looks really awesome, especially given that this ‘game’ is merely a glorified technical demonstration and only the second Virtual Reality Star Wars experience available for VR.

According to Techradar, the VR experience was developed by ILMxLAB, Lucasfilm’s dedicated laboratory for immersive entertainment. It was also their top rated VR demo amongst those that were shown off at the 2016 Game Developers Conference.

Star Wars Trials on Tatooine is available now on the Steam VR store for free, for anyone who owns an HTC Vive.