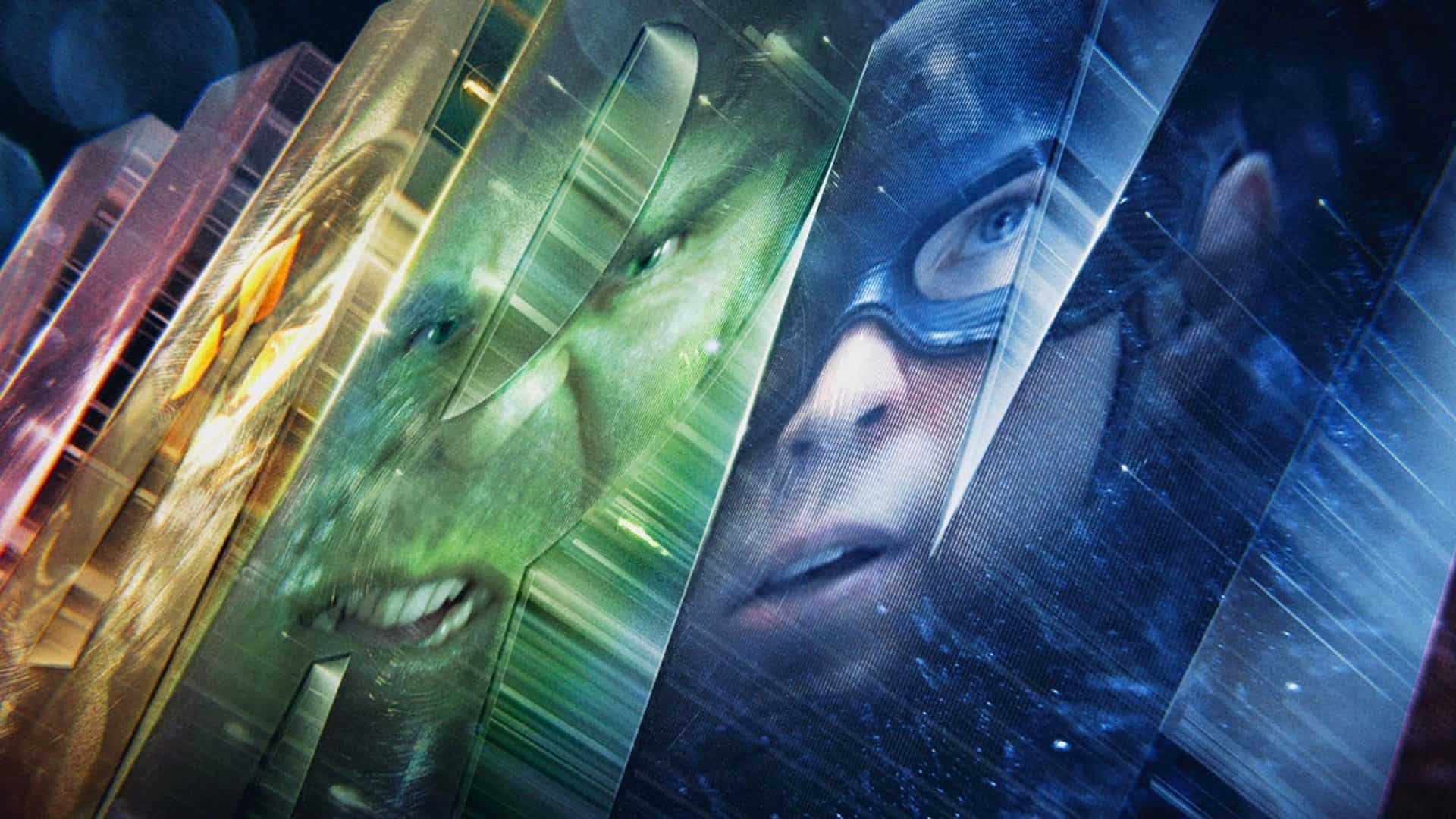 Avengers: Endgame brought with it a lot of action, adventure, comedy, and even a little bit of heartache. The movie beautifully capped off decades worth of storylines, while introducing the world to bold new paths that the franchise will take in the future. Interestingly enough, however, Endgame was not the final Marvel Phase 3 film before Marvel Phase 4 kicks in.

Spider-Man: Far From Home closed the door on the third phase, and along with it, three phases worth of narrative. The Marvel Cinematic Universe (MCU) has now been left with somewhat of a clean slate. With that said, Marvel is not letting fans wonder for too long about what comes next.

During their 2019 San Diego Comic Con (SDCC 2019) panel in Hall H, Marvel Studios and Kevin Feige announced the entire Marvel Phase 4 lineup, and there are a few surprises.

At first glance, the Marvel Phase 4 lineup seems rather lacking – you can count the feature film entries on a single hand! However, Phase 4 does herald a brand-new era for both Disney and Marvel Entertainment. The first three phases started with Iron Man (2008), a spectacular film that ushered in the Marvel Cinematic Universe as we know it today, and eventually culminated with Tony Stark’s protege saving the world in the MCU‘s first foray into the Multiverse.

Phase 4, therefore, acts as a kind of a soft reboot. While not exactly a reboot, it opens up the narrative for an entirely new set of heroes to take center stage, via all forms of entertainment, and that is what is happening here. Marvel Phase 4 not only includes films, but also a fair few television series that will be debuting on Disney Plus, the entertainment giant’s brand-new streaming platform.

Without further ado, here is the Marvel Phase 4 lineup, as announced during SDCC 2019

Scarlet Johansson’’s standalone Black Widow film has been a highly requested movie since the character made her debut in Iron Man 2 (2010). The good news is that Black Widow will spearhead Marvel Phase 4!

Despite everyone wondering what the hot Russian spy and venerated Avenger has been up to since Endgame, fans will instead get to experience a whole new story: Black Widow’s origins. It will take fans from where she began in Russia, and how she became one of the world’s most dangerous women. During the panel, Johansson told fans that Black Widow lets her “play Natasha as a fully realised woman, in all of her many facets”. She said that she is excited for fans to see what she perceives to be a very “flawed side” of Black Widow.

The Falcon and the Winter Soldier: Fall 2020 (Disney Plus)

Not much is known about the first official Disney Plus entry in the Marvel Cinematic Universe. What we do know, however, is that Sebastien Stan and Anthony Mackie will be reprising their roles as the Winter Soldier and The Falcon (complete with Cap’s shield in-hand), and that they will be spearheading the streaming services Phase 4 offerings.

We also know that the main bad guy will seemingly be Baron Zemo, thanks to a quick teaser that played during the Hall panel. Daniel Bruhl will also return to reprise his role as Baron Zemo, and will be seeking revenge after he was sent berserk in Captain America: Civil War (2016). We suspect that it will also be exploring the Bucky Barnes and Winter Soldier dynamic that was only hinted at in Civil War, and Captain America: The Winter Soldier (2014) before that.

While not the first film in Phase 4, it was the first film Kevin Feige presented during the panel. It is also the one film of the lot, that has been on the rumour mill for a good amount of time.

Eternals is all about a group of immortal aliens who are sent to Earth by beings called Celestials, in order to protect mankind from Deviants. Eternals will star Angelina Jolie as Thena, Salma Hayek as Ajack, while Richard Madden, umail Nanjiani, Brian Tyree Henry, Lia McHugh, Don Lee, and Lauren Ridloff also feature in prominent roles. This will most certainly be an interesting film, given how Thanos was a Deviant Eternal.

The Mandarin might have been a fake-out villain in Iron Man 3 (2013), but the feared super villain will be making a proper return to form in Marvel Phase 4’s third feature film entry.

Just like in Iron Man 3, The Mandarin leads a group known as the Ten Rings. Unlike Iron Man 3, however, The Mandarin is actually real this time around, and is played by Tony Leung. It is unknown whether there will be any Iron Man 3 references, but the Marvel Cinematic Universe has never been shy to reference its own past works. I suspect that the fake Mandarin may have struck a nerve or two with the real one.

WandaVision not only ranks as the weirdest named entry in all of the MCU, but it also features a rather strange premise – a large part of which is still a mystery.

The second Disney Plus entry to be featured in Marvel Phase 4 is described as a “mega event series unlike anything” Marvel has ever done before. It takes place after the events of Avengers: Endgame, and is slated to ‘‘get weird” according to Elizabeth Olsen, who portrays Wanda Maximoff AKA the Scarlet Witch. The series is set to feature many new and returning MCU characters, and explore the Scarlet Witch as a hero in her own right.

Doctor Strange in the Multiverse of Madness: 7 May 2021

Oh boy, now this is a movie I am most certainly glad to see in the Marvel Phase 4 lineup! The Doctor Strange sequel will be exploring the multiverse in the best way possible: magic and horrors.

According to Feige, “just because Quentin Beck makes up lies about the multiverse, doesn’t mean it isn’t real”. Oh boy! Doctor Strange in the Multiverse of Madness will be the MCU’s first ever horror movie, according to director Scott Derrickson. The movie will star Elizabeth Olsen as the Scarlet Witch, as she and Doctor Strange (played by Benedict Cumberbatch) go on a merry adventure of gothic horror as the events of WandaVision will be addressed. It must be noted that the movie will be retaining the same level of comedy that the first Doctor Strange movie had, despite the horror aesthetic.

Right off the inevitable success of Doctor Strange in the Multiverse of Madness, Loki is set to explore what happened to the god of mischief after he escaped with the Tesseract during the “time heist” sequence in Avengers: Endgame.

According to Feige, Loki is “very much alive”. The Disney Plus series will tell fans what happened to Loki right after that scene, and actor Tom Hiddlestone has confirmed that Loki is still very much the same man that he was in the first Avengers. Thus he is evil, yet hot, with a smidge of smarts, but secretly good hearted? Count me in!

Now this is not something I thought Marvel fans would see anytime soon. What if…? Will be the Marvel Cinematic Universe’s first official feature-length animated series starring all the MCU characters we already know and love. The Watcher may occasionally intervene in happenings in and around the multiverse. Think Doctor Who, but animated, sans Sonic Screwdriver, and big blue box.

Westworld star Jeffrey Wright will serve as the narrator for the series, in the form of the celestial observer, The Watcher. Returning characters include Killmonger, (with returning actor Micheal B. Jordan reprising his role), Mark Ruffalo as Bruce Banner, Josh Brolin as Thanos, Tom Hiddleston as Loki, and many more.

The fifth and final Disney Plus entry in Marvel Phase 4 is none other than everyone’s favourite purple archer and his antics. Hawkeye will take place after Endgame, where the Hawkeye, turned Ronin, turned back into Hawkeye, goes on an adventure to train Kate Bishop as the new Hawkeye.

The series will focus solely on how everyday people can be superheroes too. Jeremy Renner (who plays Hawkeye) specifically celebrated how he gets to “teach someone else how to be a superhero without superpowers” – a good message that Renner thinks will teach anyone to be a “damn superhero”. Granted, the series will also be exploring his time as the vigilante Ronin, so we might be in for a bit of drama as well.

The premise of the fourth Thor movie has not yet been revealed in full. However, during the Marvel Hall H panel, returning director Taika Watiti revealed that Thor: Love and Thunder will reintroduce Natalie Portman as Jane Foster, who becomes female Thor.

The movie will also star Chris Hemsworth (as Thor), and Tessa Thompson (Valkyrie), both of whom have not “read the script yet”. I assume that Thor’s new role as one of the Guardians of the Galaxy will impact how his role in the Avengers will change. It is no secret that the Thor identity is exactly that: an identity. The common folk of Earth will not care for who Thor is, but rather that Thor helps save them from evil guys. That is likely what Jane Foster’s Thor will do.

Thor: Love and Thunder may be the final film for 2021, but is supposedly only the second-to-last film in Marvel Phase 4. While the last film has not yet been announced, we can surmise that it may possibly be James Gunn’s final entry in the Guardians of the Galaxy series. Whatever it may be, Kevin Feige did not hesitate to tease fans with what is coming in Phase 5 and beyond.

Feige noted that fans are actively clamouring for sequels of the many films released in the last few phases. These include a Black Panther sequel, a Captain Marvel sequel, Guardians of the Galaxy, Vol. 3, perhaps? And, of course, another Spider-Man film… I hope, anyway.

Beyond that, Feige also announced that Marvel’s famous vampire hunter will be making a return as an official entry in the MCU. Blade has no confirmed release date, and we have no idea whether it will be a Disney Plus series, or a feature film, but it is an incredible announcement nonetheless. Mahershala Ali will be taking over the role made famous by Wesley Snipes.

Other than that, it is also only a matter of time for all of the Fox-owned properties to make their way into the MCU. Kevin Feige recently hinted towards “bringing Marvel‘s first family up” in a quick post-panel interview with Variety. It is quite obvious that Feige almost tripped over himself as he spoke in an effort not to spoil anything too drastic. Whatever Marvel‘s plans are for Fantastic Four, they will continue to remain a well kept secret for a little while longer. I, for one, would love to see a new Fantastic Four square off against Dr Doom, Marvel Studios style.

Alternatively, I would like to see what Marvel Studios can do with the X-Men, Deadpool, or all of the other X-Men-based properties that have yet to feature in the MCU.

While it looks vastly different than previous phases, Marvel Phase 4 should still be a good time for many fans. While I would have liked Disney Plus shows to also become available on Netflix, I am keen to see how well Disney and Marvel Studios will handle live streaming to the masses. What is your favourite announcement from this lineup? Let us know below.