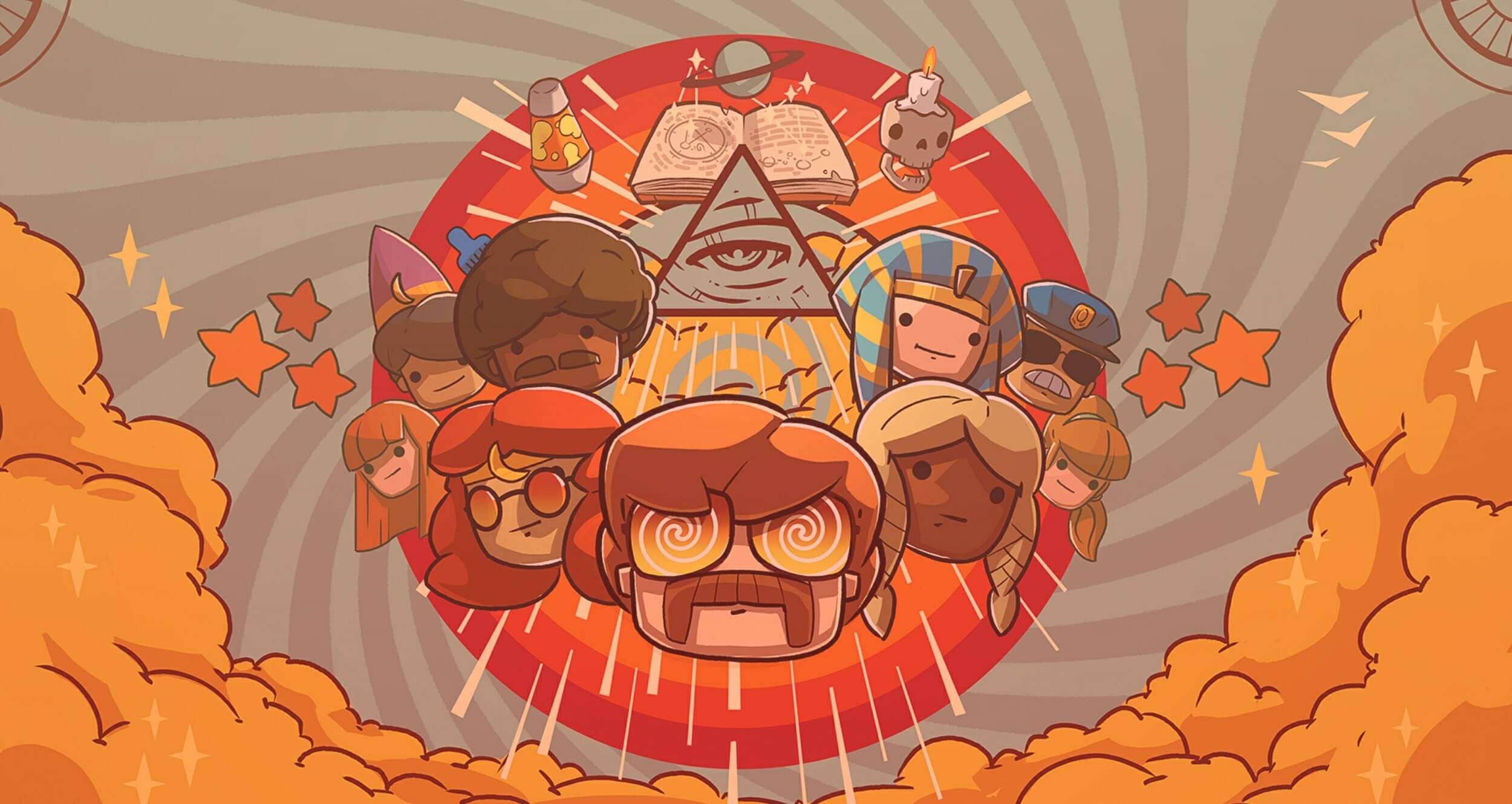 Few areas in modern history stand out quite like the 1970s and 1980s. Freedom of choice was the cornerstone of the time, and as a result, those two decades were a dazzling explosion of colour, polyester and alternative spirituality. The famous adage, “nothing good happens after 10 pm”, feels particularly poignant when referencing them. Of course, it is also said how ‘every action has an equal and opposite reaction’; and according to Team17’s ‘Honey, I Joined a Cult’, the opposite of bright colours and free thinking would be serial killers and cults – both of which were at an all-time high during this period in time.

Cults are synonymous with the late 1970s, and it is during those years of experimentation and exploration where Honey, I Joined a Cult is set. Unlike its name would suggest, the game is not really about joining a cult as much as it is about growing a moustache, letting the crazy reach your eyes and creating a “family” (i.e. running a cult).

The game starts players off in the thick of the action. The opening cutscene shows how their thriving and established cult is being brought to its knees thanks to meddling outsiders and clueless authority members. Translation: unbelievers ruin everything. Thankfully, the protagonist channels their inner insurance company and uses a legal loophole to avoid being shut down completely. It is now up to the player to rebuild the cult back to its former glory, using their cultists hard-earned money to do so.

It goes without saying how everyone has a particular genre of game they would consider a “comfort” title. A game they would happily spend many hours in without the experience ever feeling less than hypnotic. From Stardew Valley to Minecraft, Animal Crossing and Sim City; there is something for everyone. The gaming world is filled with cosy titles that are every bit as addictive as they are engaging – and Honey, I Joined a Cult is one of these games.

Independently, there are very few “new” elements being brought to the table to get excited about. In fact, Honey, I Joined a Cult is best compared to Prison Architect, and one does not need to be indoctrinated to see the similarities, even in the art style. However, Honey, I Joined a Cult is excellent, almost despite itself when viewed as a whole. Regardless of the lack of complexity in the game or the lacklustre story, it still manages to hook players faster than a Cult Leader handing out kool-aid.

If the name Honey, I Joined a Cult sounds familiar to you, it should; it has been in early access on Steam for little over a year. Unlike many titles that fall into the Early Access abyss never to return to the surface; Honey, I Joined a Cult has made it to the other side, and as of today, it is officially a general access title. Whether or not new players will enjoy the game comes down to one thing and one thing alone – management.

If the idea of constantly having to keep track of many small jobs, while juggling resources and managing finance, seems appealing; then Honey, I Joined a Cult is a great addition to the already saturated genre. However, if this is not already a gamer’s beloved genre, it is doubtful the title would be able to convert many newcomers.

Honey, I Joined a Cult is a cute and comical take on management games. The game’s most significant achievement is constantly balancing enjoyable gameplay and challenging difficulty without letting the scales tip too far to one side. While the graphics are nothing special, the humour and 70s-style soundtrack genuinely bring the game to life and create an atmosphere that feels familiar to fans of the genre.

One of the areas where the game truly shines and pulls players in is cult customization. Quite a few management-style games allow players a fair share of choice. However, few offer the same freedom of choice as Honey, I Joined a Cult. From designing the leader to setting decrees on what clothes cultists should wear, naming the cult, and even choosing the deity they are allowed to worship and associated religious symbols; it is a level of customisation only seen in genre defining games like Rimworld. Bringing the experience together is a level of choice and experimentation that again feels so authentically 70s, players will be hard-pressed not to appreciate it.

Honey, I Joined a Cult is also nothing if not accessible. For players more interested in taking a more passive approach to the game, there is an entire catalogue of premade cults to choose from. As with most simulation management games, things start pretty slowly. Then they escalate fairly quickly, allowing players to expand their cult whilst pushing management and organisation skills to the limit – enough to make some players wonder if being a pro in this genre might qualify their skills enough to be added to their CV (one can dream).

Honey, I Joined a Cult is about constantly being able to play the numbers game and influence them in the players favour. – presumably much like managing a real cult. Everything players do in the game will have a domino effect and influence a multitude of other things, creating a gameplay loop that will have players staying up long past bedtime. While most of the game will take place in the compound the player creates, they will also have the option to send their cultists off on missions to earn rewards and gather experience points.

Embarking on missions is a management game in itself, as missions will help improve the compound fast, although the trade-off is that each mission raises the cult’s heat level, which invites more police and protestors and press to the front door.

Every good cult member knows how it is always better to be the one ringing the bell than it is to be the one opening the door. In this way Honey, I Joined a Cult opens the way forward to a wonderfully engrossing management sim with more gameplay options than it rightfully ought to have. Even though it does not bring much new gameplay to the table, it offers enough through engrossing management and a brilliant 70s aesthetic to keep players engaged for hours of addictive play.

Title reviewed on Windows PC with code supplied by Team17.