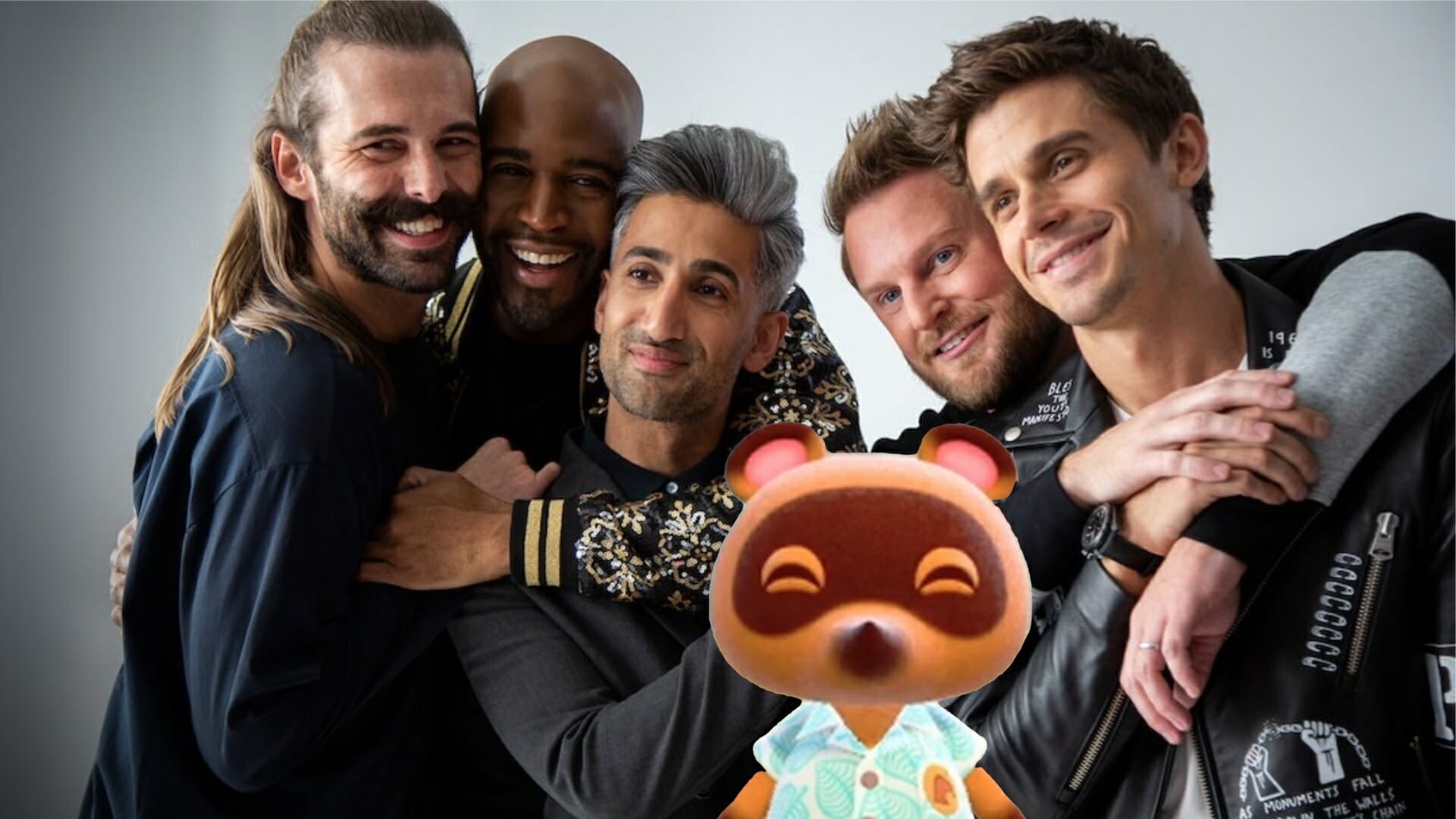 From impromptu weddings to surprise celebrity meetups, Animal Crossing New Horizons has become the defacto social replacement throughout the various nationwide lockdowns taking place around the world. The game is a peaceful marvel, which purposefully slows down the gratification process many gamers are used to. Everything takes time and the game works in real-time, which means that many players are spending a lot of time in the game – perfect for the current situation. Naturally, this means players are building homes and making them pretty. Now wannabe fashionistas and designers can get official Queer Eye Animal Crossing critique from the one and only Bobby Berk!

Bobby Berk’s home transformation prowess on the Netflix show is essentially God’s gift to humanity… second, perhaps, only to Netflix itself. For the uninitiated, Queer Eye brings five home and interior designers (lovingly labelled the “Fab Five”) together where they critique and offer home makeovers for various guests. The show, which is already a reboot, has recently been renewed for a sixth season. Good, because it is, simply put, fabulous.

Given the current COVID19 pandemic, filming and travelling has become a bit of a taboo. We are all encouraged to stay at home and to keep human contact to a minimum. As such, more people are turning to video gaming to get their entertainment fixes, including celebrities such as Bobby Berk – who has already offered a bit of advice on established player homes in the Nintendo Switch video game.

Naturally, it is not all fun and games with simple one-liners. Besides outright celebrating cute designs or playing along with the obvious trolls, Berk also offers solid advice for players who need it.

I am loathed to admit that I have not played a single minute of Animal Crossing New Horizons myself, but Hans’ extreme praise for the game always manages to pique my interest. For now, I shall bask in watching actual episodes of Queer Eye and get off on the most amazing Queer Eye Animal Crossing critique on Twitter. If you want to have Bobby Berk take a look at your home, all you need to do is post a few screenshots with the required hashtag, and you may very well feature on the designer’s timeline!