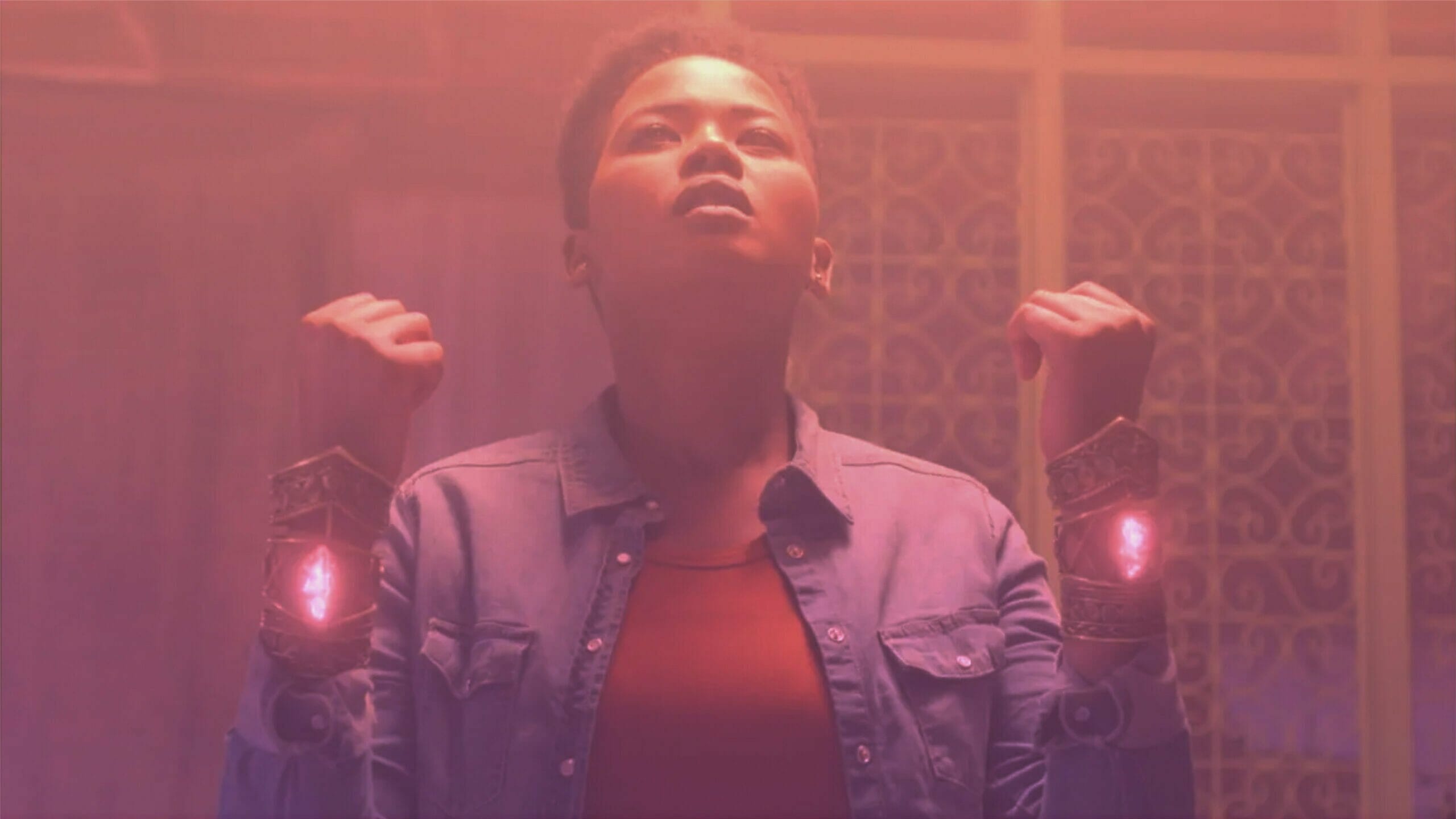 From The Umbrella Academy through to Arrow and The Flash, it is safe to say modern-day television and streaming audiences have become spoiled for choice in regard to superhero-related entertainment. Moreover, thanks to the Marvel and DC steamrolling machine, audiences have also become somewhat overstimulated by the genre as a whole! As a result, showrunners and producers have to take up the challenge of making their projects unique; to attempt standing out in a sea of average offers is quite a daunting task. Fortunately, The Brave Ones largely succeeds in this endeavour through a unique origin story of an unlikely heroine destined for greatness.

Mythology is both an intriguing subject, and a wonderful basis for any project. Greek and Roman mythology, as well as the myths of Ancient Egypt, Japan, and in some cases even Norse, are often explored and adapted into various forms of media. Sometimes, however, the lesser explored mythological pantheons are brought to light. Through six narrative-heavy episodes, The Brave Ones heroically ventures into the mostly untapped corners of African mythology by expertly carrying the spirituality and ancestry of African tradition, whilst also tapping into the dark well of historical adaptation.

Most interestingly is how The Brave Ones is purely South African in both its creation and its execution. It tells the story of Ntsiki (Sthandile Nkosi), a young woman who sees herself through life with a positive attitude and brave demeanour. The show starts off with a lengthy bout of exposition serving as an introduction to the world of the show. Ntsiki lives life to the fullest, often times aiding in committing crimes, in order for her family and friends to live happier lives. However, it all comes to a head as the threats of eviction turn into a very real event where the residents of ilanga are violently brought to their knees and Ntsiki’s life is forever changed. On the opposite end of the spectrum, lies the central antagonist of the show, Ayanda Mbatha (Nomalanga Nkosi). Living a life of luxury and privilege means nothing to Ayanda. She actively goes against the grain to prove how evil she is, and will stop at nothing to bring the Brave Ones to their knees… and therein lies the biggest issue the show faces.

Characters in The Brave Ones are extremely shallow. While the entirety of the season of The Brave Ones essentially acts as a traditional origin story (akin to Gotham, or the flashbacks in Arrow), the majority of the character development takes place in the first and last hour of the series. Ntsiki’s journey of becoming the titular Brave One spans a grand total of 90 minutes, with the remainder of the time spent coming to grips with the villain, who, on the other hand, does everything within her power to exploit the legend of The Brave Ones. Ayanda will do anything in order to keep her child from suffering a bad fate. While this acts as a neat way to give the antagonist additional depth, the opportunity ultimately goes to waste as Ayanda serves as nothing more than a stock villain ripped straight out of a single-issue comic book.

It is odd, then, how both the main protagonist and the main antagonist of The Brave Ones ultimately bring the least to the table of an otherwise incredibly cast and written series. Bonko Khoza, Zamani Mbatha, and Pheello Kotelo join Standile and Nomalanga as some of the best supporting characters superhero television has seen in a long while. Both Nkosi (Khoza) and Siya (Mbatha) serve as dramatic vehicles for the narrative, while Wele (Kotelo) rounds the trio out in reality.

South African lore and legend seldom act as a springboard of creation, comfortably sitting inside the safety of ritualistic retellings and history books. Exploring the nature of The Brave Ones, The Wise Ones, and the living tree is but a droplet in a sea of rich African lore, and it is wonderfully brought forward into the show. The Brave Ones could easily have fallen into the trap of over-adapting the colourful stories of the grand elders; fortunately the writing team have treated it with all the same respect commanded by the likes of Greek and Norse mythology. The true beauty, in fact, lies in how the story is grounded in reality and the present as much as it respects and tells the story of the past.

Viewers are treated to dream sequences, nightmares, epic retellings, and even simple hear-say throughout the entire show. These shine more light on what the legends pertaining to the titular character are, while the context of the show forces the audience to keep up with an extremely relatable and modern plot concerning social hierarchy. It is also slow and deliberate in its pacing – abnormally so, but it works exceptionally well. As odd as it may sound, anyone familiar with Breaking Bad will feel at home with the pacing in The Brave Ones. Sadly, however, the way in which the show is written may cause a stir amongst audience members who are used to the constant barrage of plot points, story beats, and all-out Hollywood Action featured in other superhero titles. There are only six episodes, yet there is more than enough content to keep episodes from becoming tiresome. Six is also the perfect number, as any more would quickly have made the show feel like it has overstayed its welcome.

It also needs to be said how The Brave Ones absolutely fits into the same calibre as any other big show on the Netflix platform. Beyond looking absolutely gorgeous and delivering pristine set pieces and good computer generated imagery (CGI), it also features a whopper of a feature: localised dubbing. Like Money Heist, the voice over work featured in The Brave Ones is meant to be as engaging as possible in order to bring the story to as big of an audience as possible. As such, one can choose between the series regular Zulu dub, and a fully cast English version, complete with rewritten dialogue and expertly translated scripts. With that said, the original Zulu version (with subtitles) is, simply put, much better than the dub ever will be. However, having the option of switching over to fully voiced English instead of relying on subtitles for non-native speakers is such a grand accessibility feature more shows desperately need.

The Brave Ones is an ambitious project. Adapting any obscure mythology will always be a challenge, and doing it accurately even more so. Thankfully, The Brave Ones manages to deliver a unique and engrossing story; masterfully weaving African mythology and legend into its narrative. The nature of the show and its pacing might give some viewers pause, but it ultimately works really well with the way the story beats are delivered and how characters slowly come to grips with the supernatural world they are in. The biggest flaw the show puts forward comes by way of how little depth there is to the protagonist and antagonist. Instead, its beauty comes directly from the supporting cast and secondary characters. Superhero television admittedly does not have to “go deep” to be entertaining, however, but the depth provided in The Brave Ones is still welcome. Besides the apparent flaws, The Brave Ones still manages to be one of the more unique and entertaining superhero shows by a wide margin. It is strangely reminiscent of Constantine, with the same type of grit and down-to-earth tones while an overarching magical tone is cast. In short: it is good and worth watching. So much so, it absolutely warrants a sequel.