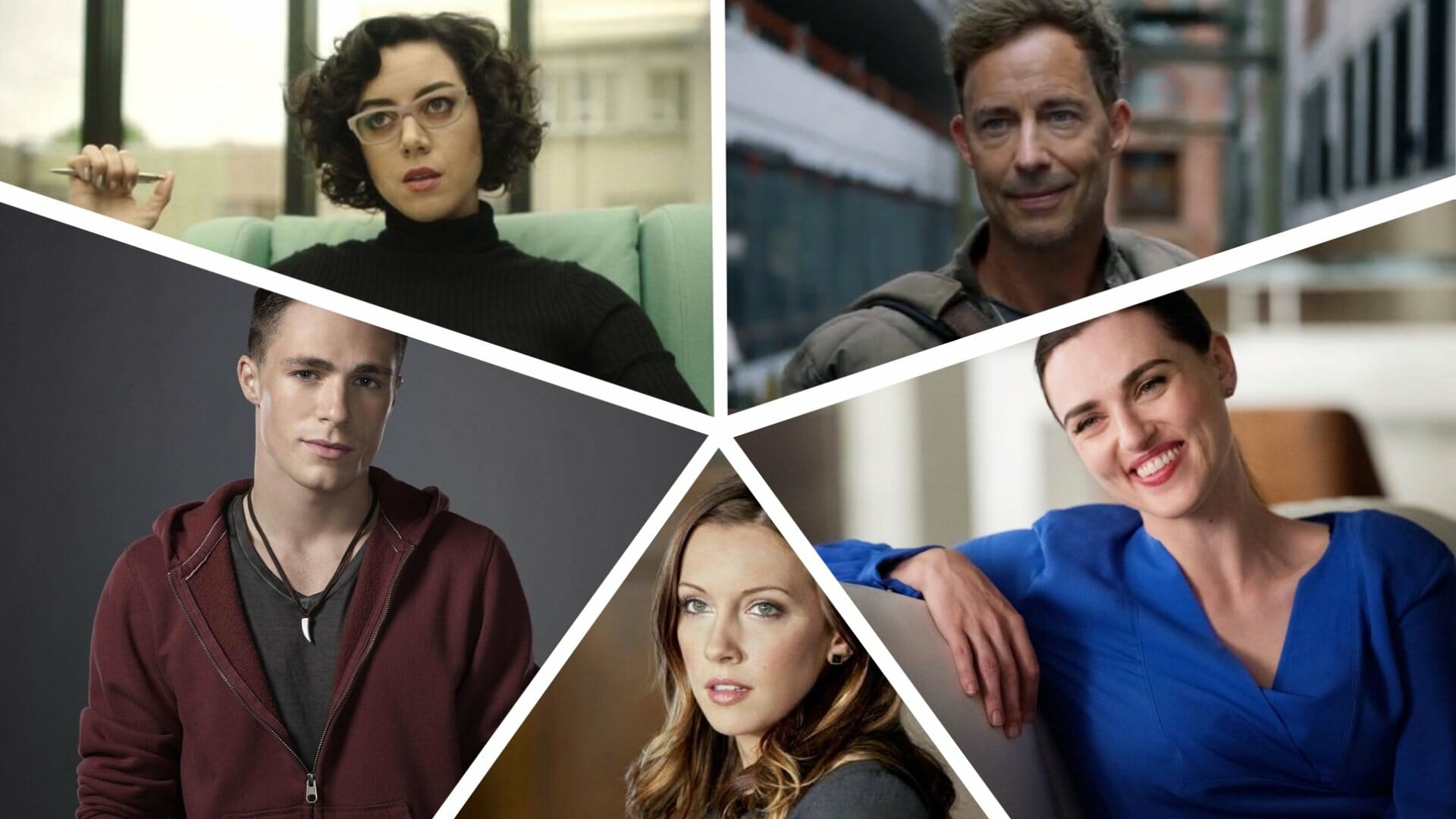 Superhero television has never been as prolific as it is today. I fondly remember watching Smallville every week for years, but nowadays shows like The Flash and Supergirl are dominating the space. Disney+ will soon add to the bevy or superhero shows with the likes of Wandavision and Black Widow. The problem with most superhero shows is that they are not the best examples of good writing or top-tier acting – but they are enjoyable. However, we surmise the reason for the shows being enjoyable might be due to something other than the showrunner’s writing. Rather, we think people enjoy the shows for one reason alone: sexy sidekicks. To prove it, we have created a list of 10 Sexy Superhero Sidekicks who will make your heart flutter.

As much as some would be loathe to admit it, being considered a sexy sidekick is very much a matter of perspective. Beauty is in the eye of the beholder, after all! In the list below we tried to be as thorough as possible, with all of the superhero shows currently available to watch both on-demand and on live television. As such, only future shows have not been considered in this list. With that said, being a sidekick does not always entail having superpowers or abilities. Many times a sidekick simply needs to be helpful to the hero. Also, they need to be hot. So there is that. Without further ado, here are ur Top 10 Sexy Superhero Sidekicks!

Who better to kick off the Top 10 Sexy Superhero Sidekicks than the wife of Superman? Erica Durance may have entered Smallville much later than many of the other principal cast members, but her prominence as Clark’s fated love was clear from the start. Lois Lane is a smart and calculated woman who will stop at nothing to get her way, provided her moral values are not up for debate. Erica Durance also had a second stint in the world of Superman when she portrayed Alura Zor-El in the CW’s Supergirl.

Marvel’s Agents of S.H.I.E.L.D. is one of those slow burner shows. It takes a while to find its groove, but pays off really well in the end. In the show, NYPD Blue veteran Henry Simmons plays the calm, collected, and captivating Alphonso “Mack” Mackienzie. Comic book lovers will know exactly what greatness is in store for Mack. For the longest time in the show, however, Mack serves as a beautiful shoulder to cry on for many characters.

Danielle Panabaker’s acting talents know no bounds. She rose to prominence when she played the role of Julie Stark in Shark, and subsequently joined the cast of The Flash during the very first crossover tease in Arrow. Since then, she has won the hearts of millions of fans as Caitlin Snow – the smartest and sexiest bioengineer on this list.

Matt Ryan is the living embodiment of John Constantine, demon slayer extraordinaire. This gruff, yet cool and collected Welsh actor headlined the titular series before it got cancelled. Since then, fans have been clamouring to see his return. Fortunately, we all got our wishes when Constantine began making regular appearances throughout the CW’s Arrowverse, and finally settled into his new role as a member of The Legends.

There does not seem to be a role Katie Cassidy cannot fill, and boy are we glad she filled this one! In the show, Laurel Lance is the daughter of Captain Quentin Lance and prominent love interest to Oliver Queen. Katie’s portrayal of the character takes on a much more true-to-life form in the show. Arrow admittedly had a very challenging time figuring out what it wanted to be throughout the third and fourth seasons. Fortunately, we had the illustrious Katie Cassidy to help us through it – one of sexiest additions to the Top 10 Sexy Superhero Sidekicks list.

The moment Harrison Wells stepped into the limelight in The Flash, I fell in love. Tom Cavanagh managed to portray one of the most cold and calculated characters I have seen in a long time on television. Naturally, when the original Harrison Wells character’s time came to an end, team Flash resorted to pulling more versions of Wells from the multiverse. The various versions of Harrison Wells showcases exactly how broad Cavanagh’s acting abilities are. It also helps immensely that he looks incredible – he even has a bit of scruff in the latest season. I like me a man with a beard.

Katie McGrath is one of the most versatile actresses in this list of Top 10 Sexy Superhero Sidekicks. She first appeared on our radar during her stint as Morgana in the BBC One series, Merlin. As Lena Luthor, Katie McGrath traded in the mantle for a suit and a labcoat. She serves as Kara Danver’s best friend and trustee. She is also the one friend Kara has not told about her secret identity, which is weird considering I would tell my hot best friend everything she wanted to know the moment she asked!

The CW’s Arrow introduced fans to a much darker version of the Green Arrow than the one they are used to from the comics. During the second season, however, it introduced a tiny bit of comedy here and there. Roy Harper’s friend from the slums dubbed him “Abercromby”. Unironically, the name suits Colton Haynes exceptionally well. His jawline is one of the most perfect I have ever seen. He also has a beautiful split in his chin and a cute button nose. It is definitely not the character we were expecting when they announced Speedy/Arsenal, but extremely welcome nonetheless.

Aubrey Plaza needs no introduction. From 30 Rock and Parks & Reaction to Castle and finally Legion, Plaza is the queen at impromptu acting. She loves to lean on awkward humour to keep conversations going and revels in sarcasm. Anyone not versed in the art will quickly feel uncomfortable in her presence – a true artist! Portraying Lenny Busker in Legion is one of the more serious roles she was fortunate enough to portray in recent years, and she did so with aplomb. Not only is she one of the top 10 Sexy Superhero Sidekicks, but she is beautifully versatile.

The CW’s Batwoman may be very new compared to the other shows featured above, but its sexy talent should most definitely be showcased! Greyston Holt plays the role of Tyler, Sophie’s husband and Crows Agent. It is a very tiny role the showrunners decide to give a lot more prominence in their adaptation, which we do not mind at all! Holt is known for his excellent portrayal of Ray Prager Jr in Durham County. Fortunately, Batwoman is not an entire departure for this actor as he featured in one episode of Smallville as well! Despite the little we have seen so far, we know we want more!