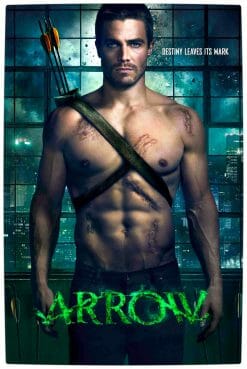 I was, and I still am, a big fan of Smallville. I tuned into and enjoyed every single one of the shows 218 aired episodes, from its stellar premiere on M-net all the way back in August 2002 to the digitally downloaded two hour series finale in 2011. Smallville will forever have a place atop my mantelpiece of favourite Superhero television series, despite its flaws in Superman mythology and campy qualities.

Since Smallville ended there has been a sizeable gap in good and entertaining comic book related live-action superhero themed television series, with Sci-Fi’s Alphas (think CSI meets Heroes) being a notable exception. Thankfully, it would appear as if the CW has come to the rescue with the much talked about Green Arrow spin-off (thank you Smallville).

Arrow has been developed and written by Greg Berlanti (Dawson’s Creek, Everwood), Marc Guggenheim (Jack & Bobby, Eli Stone) and Andrew Kreisberg (The Simpsons, The Vampire Diaries, Warehouse 13), and is based on the fictional character Green Arrow, a superhero created by Mort Weisinger and George Papp from the DC Comics universe who specialises in archery and combats crime in Star City. His secret identity is that of Oliver Queen, a billionaire playboy.

Truth be told, I did not have high hopes for this new series based on a re-imagining of Green Arrow… not until I watched the season premiere.

Smallville may be the reason that a spin-off show like Arrow exists, but the new show is not connected to the Smallville universe in any way. Instead, Arrow offers a new and somewhat darker take on Oliver Queen and his alter ego. In fact, the influence that Christopher Nolan’s Batman Begins has had on the formation of Arrow is uncanny. The new show, for example, focusses on the life of a young and rebellious billionaire who returns home after a long five year absence on a deserted island, whereby he physically and mentally sought out and prepared a way  to punish and enforce retribution on the wealthy few who have profited on the misery of others. The new show may not be about Batman, but it will offer us the closest interpretation of a “Young Bruce Wayne” show that we may ever get to watch, similar to what Smallville did with Clark Kent.

Arrow has the makings of a great action series with a devilishly handsome protagonist who is not afraid to take the life of another person, a complicated love triangle, fantastic special effects (particularly for a television series) and an interesting background story. However, like most shows from the CW, it can be overtly campy with some awful dialogue, subpar acting and a vast helping of over done clichés, like a drug addled ’emo’ teen and a sinister parental figure with ulterior motives. Despite these initial flaws, which can be overlooked, Arrow has the makings of a fantastic new superhero action drama. DC Comics fans who tune in to watch the premiere will be rewarded with a bevy of easter eggs contained within the pilot episode (like a cameo of Deathstroke’s mask on the island), a clear indication that Arrow has been made with love and has not been created merely to fill a void, à la the disappointment that was The Cape. 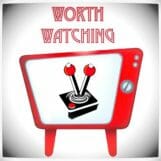 Despite the presence of several flaws in the pilot episode of Arrow, the CW has built a sturdy framework for a strong, fun-filled and interesting new superhero action drama that is ‘worth watching’.