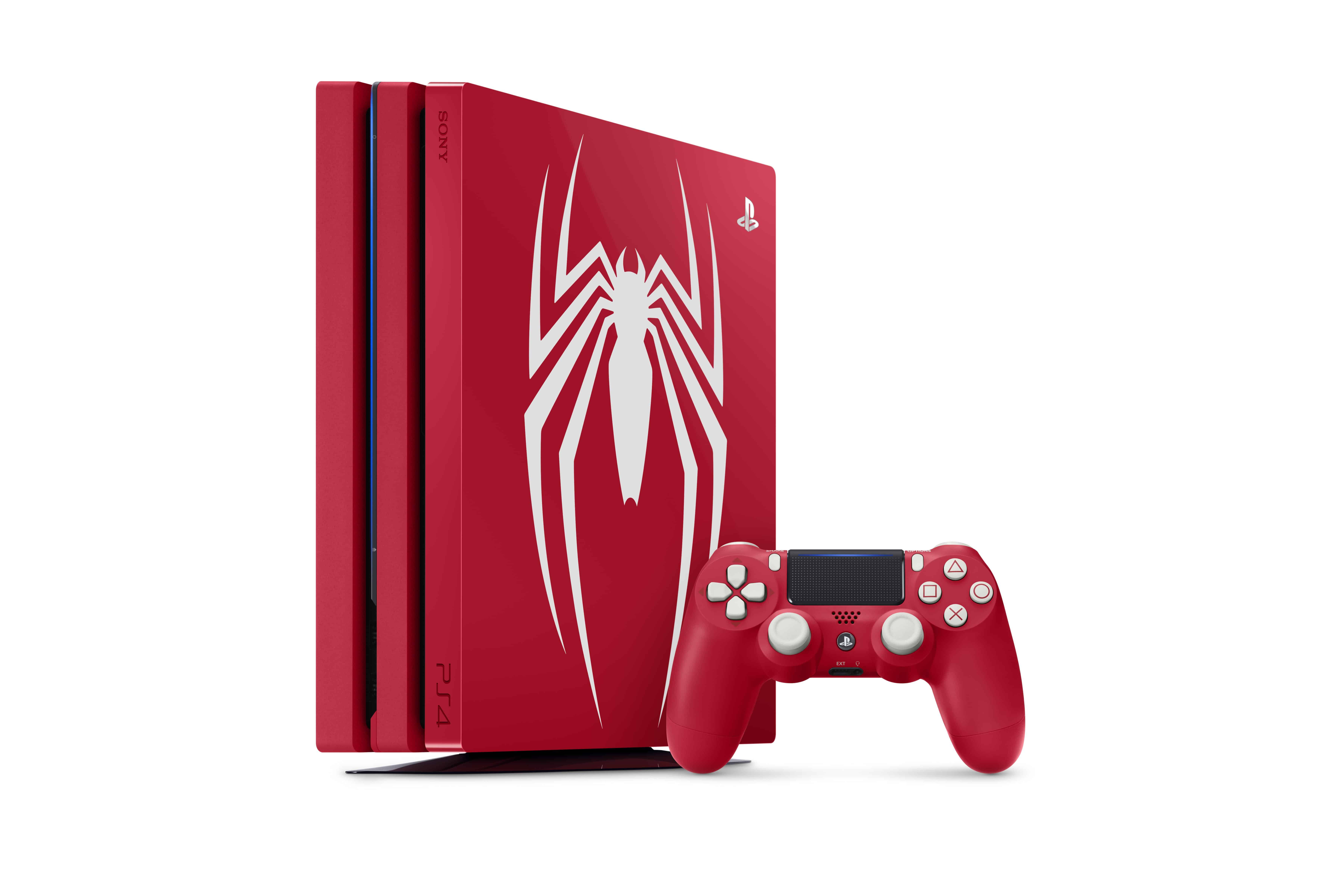 The limited edition console is available in both PS4 and PS4 Pro variants, and has been made with Spider-Man fans in mind. Irrespective of which console you choose, both are emblazoned with a unique Spider-Man sigil (made especially for this game) set upon a deliciously warm “amazing red”, feature matching DualShock controllers, and include a copy of Marvel’s Spider-Man (the game) as well as a digital code for The City That Never Sleeps downloadable content.

No matter which console you have (or decide to buy), the game is going to look great! For starters, PS4 Pro gamers who play on 4K televisions will be able to experience Marvel’s Spider-Man in 2160p dynamic 4K resolution – meaning access to more intricate details of the architecture of Marvel’s New York and detailed Marvel characters. For people who do not yet have a 4K television, fear not because the game has built-in supersampling with increased image clarity and detail. Meanwhile, if your TV supports high-dynamic range (HDR), you will experience even greater variations in special effects and colours!

Given that the consoles do not come with any additional extras, I must say that they are priced fairly higher than normal. Although the 500 Million Limited Edition PlayStation 4 Pro was R500 more than the Marvel’s Spider-Man Limited Edition PS4 Pro, it also came with the PlayStation Camera, a Horizontal stand and a 2 TB hard drive. Nevertheless, if you are a big fan of Spider-Man then these console bundles will surely cause your senses to tingle!