Octodad: Dadliest Catch has to be one of the strangest games I have had the opportunity to play at E3 2013. In fact, its quirky nature led me to believe that the game had a Japanese origin, but I was surprised to learn that Young Horses is a US based development studio.

Octodad is about a dapper octopus who enjoyes masquerading as a human father whilst going about daily life. Yes, the game is as crazy as it sounds and, truthfully, quite a bit of fun. 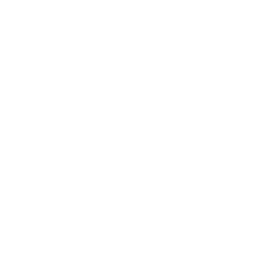 Player’s control two of Octodads four tenticles at a time using the Dualshock’s analogue sticks. Octodads ‘hands’ are used to manipulate the environment whereas his tentacle ‘feet’ are used to move around. When grabbing, for example, the left analogue stick moves the tentacles on the x-axis and the right stick moves them on the y-axis, all whilst using the R1 button to grab and let go of objects. When walking, each analog stick controls a different ‘leg’. Players switch between ‘grabbing’ and ‘walking’ using the L1 button. The result is a unique control system that requires a fair amount of coordination in order to adequately manipulate Octodad in order to accomplish the puzzle driven goals.

I managed to get to grips with the unique control system within a matter of minutes and went from stumbling around aimlessly and bashing into objects to getting Octodad down the aisle and to his bride in one peace.

The game has a cell-shaded and minimalist look that further complements the games unique and quirky nature. Although it may not be the most visually exuberant or unique game, it is fun to play and will serve as a great time waster once it is released for the PlayStation 4 later this year.

Octodad: Dadliest Catch will make its initial ‘next-gen’ debut on the PlayStation 4 and is a part of Sony’s push to help independent games get published on the PlayStation platform. The game will also launch on PC, Mac and Linux, via Steam and direct purchase.