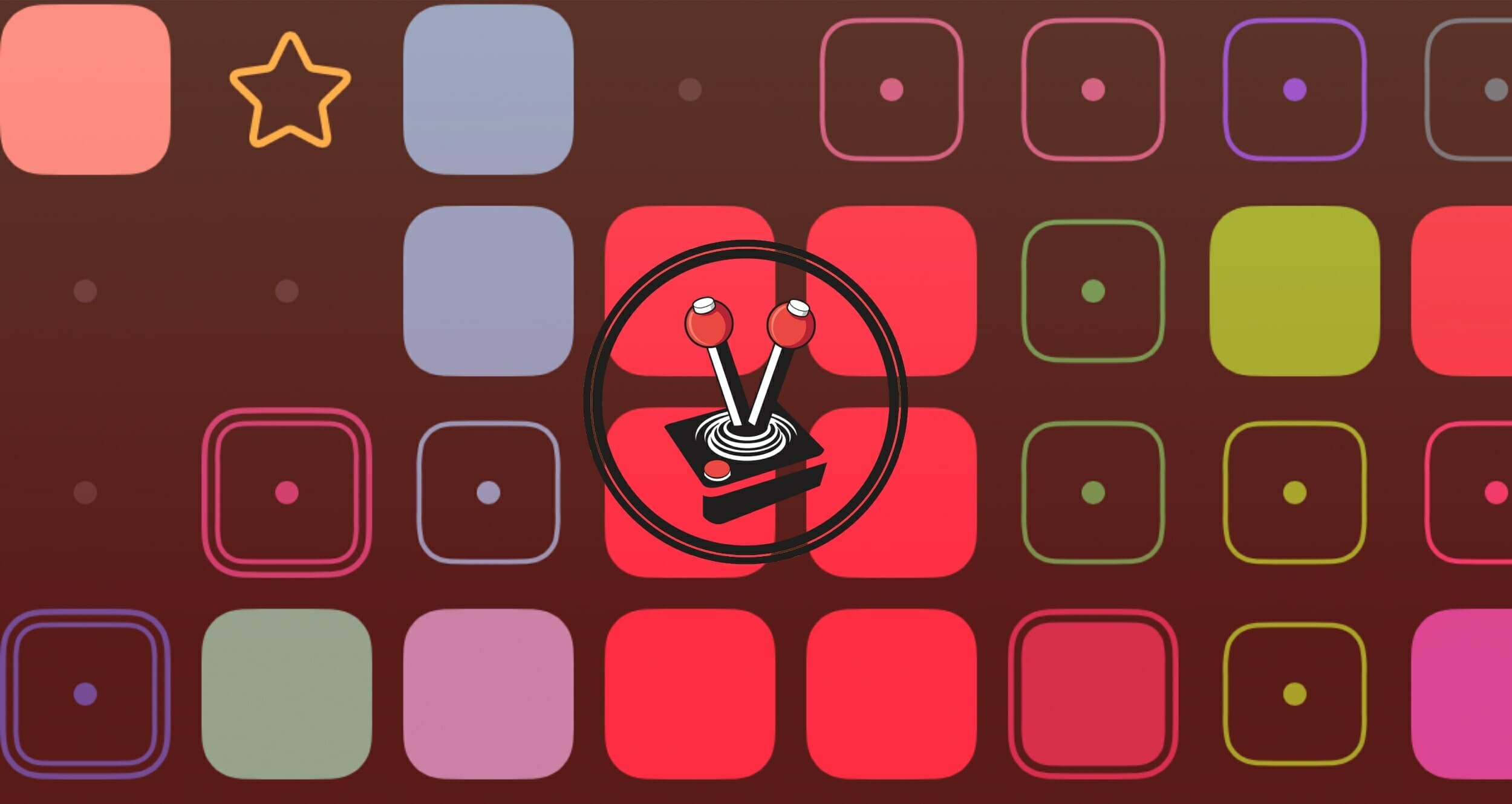 Games are a dime a dozen, but every so often a title will come around to completely throw aside all gaming conventions to provide an experience unlike any other. A great example of this is the Psycho Mantis boss fight from Metal Gear Solid (MGS), whereby players needed to reconnect the DualShock controller to the ‘player two’ input in order to bypass his psychic abilities. It was an unforgettable ‘out of the box’ moment, solidifying the experience as one of the greats in gaming history and ensuring the original MGS remains a classic. In this sense, few games have been able to ‘shock and awe’ in the best ways possible, yet Blackbox from indie developer Ryan McLeod, does exactly this with every single challenge.

On the surface, Blackbox comes across as yet another puzzle game for iOS devices. It features a gorgeous and truly slick interface, comprising of many colourful boxes overlaying a rich inky black background. However, the game has one extremely novel twist when compared to every other mobile game available: you must not touch the screen to play. In this sense, Blackbox is wholly unique and immediately challenges every core concept of what it means to use a mobile device. As such, touch inputs are limited solely to selecting challenges and exiting them. No more, no less. It is this “out of the box” thinking that truly sets the game apart from everything else on the App Store.

Where conventional titles require players to actively use the touch inputs of their devices to play, Blackbox requires the inverse. The initial experience is nothing short of jarring. After years of being conditioned to use mobile touch displays for every input and gesture, the very notion of ‘touch’ being excluded from the gameplay mechanics feels utterly alien. Consequently, the first few puzzles will come across as maddeningly difficult. After all, how is one supposed to solve a puzzle if the screen is not to be touched?

At the start of each new puzzle, players are sometimes given very subtle audio and visual clues as to what is needed in order to progress and solve the challenge at hand. To start, these clues will seem utterly out of place. After moments of trial and error, however, alongside doing one’s best to forget how conventional touch based games operate; there will come a “a ha” moment where players will understand how to solve the puzzle at hand. All without touching the screen within the game. In one such example, a brief flash of red appears on screen as the puzzle is opened. Paying careful attention to the pattern reveals it is the same design as the Screen Record shortcut in the iOS Control Centre. With this realisation in mind, and keeping the puzzle open; pulling down control centre and activating Screen Record allows the first half of the puzzle to complete.

These ‘earned’ revelatory moments elevate Blackbox above all other puzzle games currently on the market; and provide a frustrating, engaging, and wholly exceptional take on what puzzle games can be when designed outside of the mental constraints placed on touch based inputs. Thankfully, the game does include a ‘hints’ system for players who simply have no inkling of how to progress. Coins are needed to purchase hints, and they may be earned from completing puzzles or purchased as in-app purchases. Be warned, however, as there are times when the hints are nothing more than superfluous remarks from the developer; who would obviously prefer each challenge be solved without ‘cheating’. With this in mind, there is a wonderful level of quirkiness imbued throughout the game, with McLeod’s personality popping in every now and again to remind players that the game is unlike any other they may have played before (I especially enjoyed the ‘notification’ quiz where responding to the question ‘nicely’ resulted in a win for the player).

Blackbox also pairs with the iOS Game Centre, so gamers can see how well they compare to their friends as well as to other gamers around the world via global rankings. It is a great way to incentivise players to continue doing their level best at solving the many puzzles and challenges on offer.

Whether solving a puzzle requires physically walking around, shouting into the microphone, using FaceID, setting the screen brightness to zero, plugging in the device to be charged, taking a screenshot, answering a call, waiting for sunrise, or even copy and pasting from a share option added to the iOS share sheet; the ingenuity, genius and thoughtfulness behind using one’s device in unconventional ways to solve puzzles; is utterly remarkable. Blackbox is a puzzle game unlike any other, and it deserves to be enjoyed, played and completed by all.