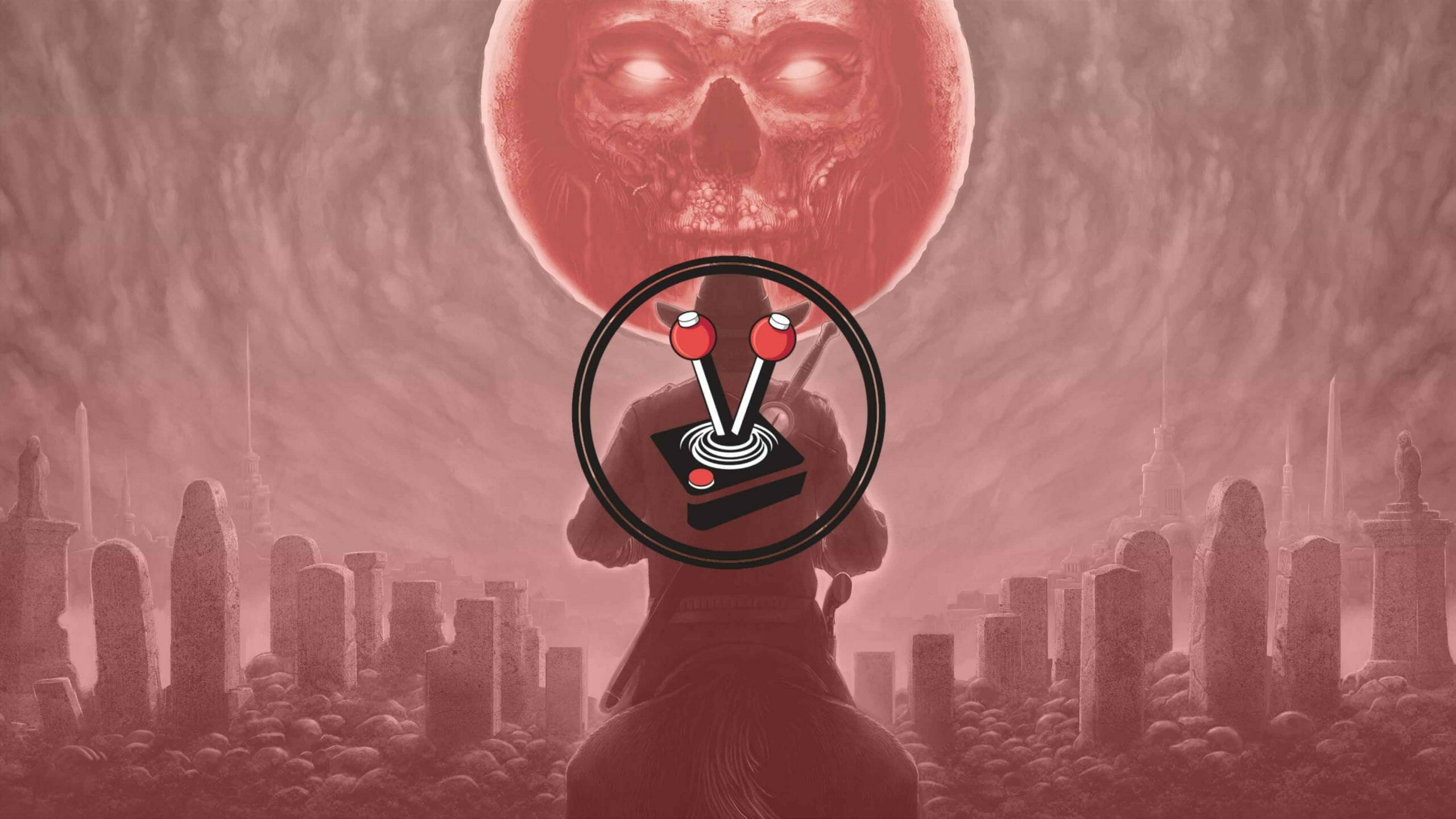 Very few games have had both the longevity and success seen by the Doom franchise. From selling over 10 million copies, spawning sequels running all the way from the 90s through to today, along with multiple books, comics, board games, and film adaptions; fans worldwide have always loved Doom. Much of the franchise’s original appeal was the simplicity of the games, which originally told their story through the manual rather than in the games themselves. Kingdom of the Dead embraces this original formula and brings it to modern audiences in a rather unique package.

The original Doom was a first-person shooter giving players a selection of eight weapons to collect, each holding equal importance. A big part of the gameplay was rapidly switching between different weapons to cater to unique circumstances in order to make it out of each level alive. Outside of combat, a large part of the game was dedicated to navigating the maze-like levels in order to find all the weapons and hidden areas while constantly fighting for your life. Over the years, gaming systems have evolved, and games have naturally followed suit. While this is generally a positive development, it also means a lot of the simplicity that made the Doom games special and accessible have been overlooked in favour of newer gameplay. With the original Doom games in mind, this is where Kingdom of the Dead comes into play. A 90s style first-person shooter relying more on reflexes over technical prowess. It is a game that does not shy away from taking gamers back to basics.

It is clear Kingdom of the Dead heavily takes inspiration from the original Doom. There is a story, but like the more simple games of times past, it is more of a backdrop to the game rather than the driving force behind it. The player assumes the role of Agent Chamberlain, a mysterious figure working for a secret government program known only as GATEKEEPER. As Chamberlain, the player’s primary goal is to defeat Death and his armies.

While the story is not the main focus, it does a great job of tying the gameplay, supernatural elements, and art style into a genuinely creepy package from start to finish. Kingdom of the Dead sports a black and white hand-drawn, ink-and-paper art style with splashes of colour to accentuate key aspects during the game; such as blood. The result seems to jump off the screen, and instead of feeling cheap or lazy like a lot of other Doom-style clones tend to; it instead looks dramatic, stylish and utterly terrifying while also still holding on to that old-school Cathode-ray Tube (CRT) monitor magic.

The gameplay is pretty simple in Kingdom of the Dead. There are nine different locations to play through, each with multiple difficulty levels and goals to achieve. The available difficulty options are honestly appreciated, as it allows anyone to enjoy the game at a challenge level suited to them – and not just exclusive to people with the reflexes of The Flash. The difficulty also increases naturally as one progresses through the levels. Better still, the gradual way this is implemented means that before the change is noticed players will have already adapted to it. The controls are surprisingly responsive and smooth too, making for an old-school experience that feels very much inline with modern mechanics and flow.

While many first-person shooters have a way of becoming almost instantly frustrating to those not skilled at them, Kingdom of the Dead never falls into this trap. With save points scattered throughout the levels and no real punishment for dying, the game maintains its adrenaline fuelled momentum, regardless of skill level, and never fails to be entertaining.

There are very few ways to take a 90s style Doom clone and manage to make it feel different and new; yet somehow, Kingdom of the Dead manages to pull it off perfectly. There are eight different weapons to pick up throughout the levels and over twenty-two different enemies and old school bosses to fight. At its core, Kingdom of the Dead is a game many have seen hundreds of times over. However, the dark Lovecraftian horror themes are atmospheric and bold and, together with the game’s survival aspects, make it all feel new and fresh – even despite its nostalgic origins.

In the same way some people have comfort foods or blankets, others have comfort games. For many, those are the games that make them nostalgic for their childhoods and a time in their lives when they first fell in love with the interactive art form of gaming. In this sense, while not standing up to the games of 2022 graphically, the original Doom games continue to remain prominent and comfortable, which is also the perfect way to describe Kingdom of the Dead. Thinking back on my childhood, there are vivid memories of sitting on my mother’s lap while she would play Doom, and just being able to feel the pure enjoyment she received from it. Booting up Kingdom of the Dead now, almost thirty years later, those emotions and feelings came rushing back. Even though Kingdom of the Dead is its own game in its own right, there was something about it that instantly connected me to the woman whose lap I once sat upon so many years ago.

Over the years, many have tried to work out what exactly it is that makes games successful. Is it the art, music, mechanics, or a combination of all three? Although a definitive answer remains elusive, what is known is how games continue to stay with us, and the titles often remembered are not always the ones to win awards. Rather, they are often the kinds of games that reach into our souls and ignite an unforeseen passion. Kingdom of the Dead is a loving and thoughtful successor to a much-beloved series that birthed an entire genre, and maybe, just maybe, Kingdom of the Dead will be able to revive those same feelings of love and enjoyment once more for an entirely new generation.