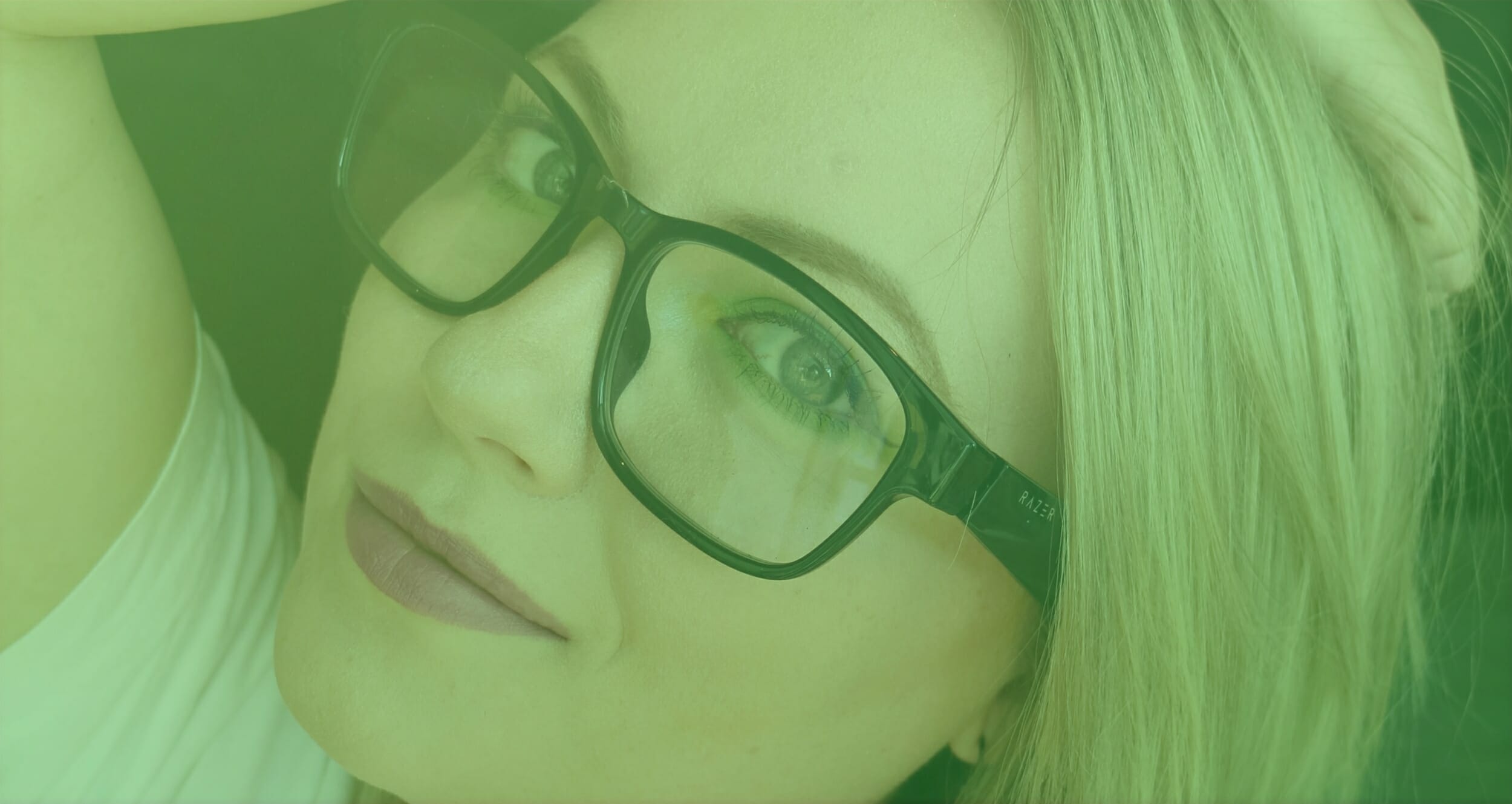 Over the last couple of years, a surge in locally available smart technology and an increase in affordability has led to an almost primal urge to improve everyday life, one smart device at a time. From smart watches to robot vacuums, automatic pet feeders, and endlessly reusable notebooks; small pieces of smart technology have the power to fundamentally change the flow of a person’s everyday life. Entering this domain is the Razer Anzu, a rather unique, if imperfect, new smart gadget.

The possibilities of smart glasses from one of the leading gaming peripheral brands in the world is enough to make anyone feel giddy with excitement. In this way, the Razer Anzu promise to be the perfect replacement for regular glasses or even just an exciting new addition to everyday accessories. With that said, these glasses are not promising a way to check social media discreetly or identify objects, or even to allow one to explore the Metaverse more freely. Instead, the Razer Anzu serve to add additional practicality to ones gadget infused life by means of allowing music to be enjoyed without the need for any headset or additional speaker, affording the option to answer and hold a phone conversation without additional accessories; and, most conventionally, protecting a user’s eyes from the sun or too much blue light.

However, at USD $199/ZAR R4000 without prescription lenses, can the Razer Anzu smart glasses compare to simply buying regular blue light filtered spectacles and a good pair of wireless earbuds?

Visually, the Razer Anzu glasses make a striking first impression. The packaging is well-crafted and feels premium, and the glasses manage to look both ordinary and stylish – the perfect balance for any wearable technology. The frames come in two sizes (small and large) and also in two styles – rectangular or round. No matter which style or size, the frames only come in a glossy black plastic and for the most part, unless pointed out, they appear pretty indistinguishable from regular glasses when worn.

The first time the glasses stand out as being “different” is when viewed from the side. Each arm is exceptionally thick compared to regular glasses, and it is in these arms the electronics, downward-firing speakers, wireless circuitry, and batteries are hidden. The contact points for the charger are carefully concealed in the underside of each arm, and wearers can quickly identify the built-in touch control panel by feeling for small bumps on the arms to indicate the control area.

When opening the box, owners will find the Razer Anzu glasses with two sets of lenses (one for blue light and one for polarised sunglasses), a faux leather case for the glasses (unfortunately without a safe space for changing lenses), a microfiber cloth, and a charging cable. Razer does let you know that the lenses can be swapped for prescription lenses. However, this is not a service they directly offer and will need to be arranged by the buyer after the fact.

The glasses are splash resistant, but not waterproof, and after using them daily for over two weeks, the claims of five-hour continued use battery life are absolutely valid. Razer also recommends using the Razer Audio app, available for Android and iOS, which provides a few customization options. However, audio tweaking is minimal, and the “Low-Latency Game Mode” does not make a tremendous difference – especially considering it only works with mobile games.

The one area the glasses truly do shine is with their microphone. After testing them on various Discord, WhatsApp calls and regular phone calls, no one could pick up on a significant difference between the Razer Anzu glasses and the freestanding microphone/built-in Apple microphone customarily used.

One of the most significant issues with the Razer Anzu comes down to its 46 gram weight. While it might not sound significant, a quick Google search will confirm how the average weight of a pair of glasses is roughly 18 grams or less. Any set of glasses weighing 40 grams or more are considered to be heavy. To offer some background, I have worn spectacles daily for almost 20 years. Over this time, various glasses have been tried and tested. It goes without saying then, how my face is pretty used to having glasses on it from sun up to sun down.

Admittedly, the weight did not stand out as an issue on initial use. In fact, the unit did not even feel cumbersome for the first few hours. Unforitnaetly, the pain experienced in my eyes, nose and temples was comparable to an actual injury by evening. After wearing the glasses daily for over two weeks, the pain never truly faded – something unprecedented throughout two decades of wearing glasses. Also, because of the combination of the weight, the frame’s design and the plastic used, the glasses constantly slip down throughout the day, which leads to the second significant issue.

Anyone who wears glasses can confirm how there are two ways to correct glasses starting to slip. Firstly, one can grab the arm on the glasses to readjust them. However, thanks to the touch control situated in the arms, this approach generally leads to some audio-related disruption, which is hardly ideal. The other way to correct the glasses is to push them up by the bridge of the nose; this, too, comes with problems. For some inexplicable reason, the coasting on the lenses is incredibly “sticky” and manages to attract dirt, fingerprints, dust and oil like no other pair of glasses has ever done before – at least in my humble experience.

Mechanically the device is also not without fault. The “smart” aspects of the glasses are all controlled through touch gestures hidden in the arms of the glasses. Unfortunately, these controls are exceptionally temperamental and sometimes will trigger by simply brushing against them. Other times they will refuse to work with deliberate intention. Another minor inconvenience is the inability to change the volume on the device itself. The touch controls on the glasses allow audio to be played, paused, skipped and calls to be accepted and ended. Wierdily, if one wanted to change the volume, the only way to do so is by using the source device the glasses are connected to.

Another mechanical issue is the incredibly unintuitive way in which the device charges. Instead of having a dock the glasses fit onto to charge or a single charge point somewhere on the glasses, Razer opted to have both arms charge independently with the aid of magnetically attached charging cables. This system makes it incredibly tough to charge the device in a way ensuring it will not scratch, and it also means that if the magnets do not make a perfect connection to each arm, you end up with an issue where one arm holds more charge than the other.

Another perplexing design decision comes by way of how the Razer Anzu are only truly compatible with mobile. The device supports Android and iOS, but does not come with a Bluetooth dongle to allow easy connection to computers or gaming consoles. Another significant issue when using the glasses is a sound delay. Although not too problematic when using the glasses to listen to music, audiobooks, or podcasts. However, the latency is not so easily forgiven when watching a movie or playing a game.

The Razer Anzu glasses come with built-in downward-facing speakers, and the spatial audio created, while pleasant, cannot be compared to the quality generated by headphones. While ideally suited for conversation above music, the sound leakage from the glasses means there is never true privacy while listening to anything via the glasses. The core issue with this is a practicality one. If one finds themselves somewhere where sound privacy does not matter – at home or in the car – then surely using a speaker will be more convenient and offer a more pleasing sound. Likewise, if one is in a public setting – like the shops or at work – then using some form of headset allowing for both personal privacy and a lack of public disruption is clearly the more optimal solution. The lack of sound isolation also means turning the volume far above the recommended decibel level to hear over regular background noise.

The last point of contention with the glasses comes from the lenses themselves. There are four lenses in the box alongside the frame. Two lenses are clear and offer blue light filtering, and two are dark and polarised to help against the sun. Users can also swap the default lenses out for prescription lenses at their own cost. However, the sheer force required to pop the lenses in and out of the frames to replace them is entirely harrowing, and more than once resulted in moments of fear of either the frames snapping or the lenses popping out with such force they would go flying and surely scratch. Courtesy of this system, swapping between the lenses feels both cumbersome and also somewhat dangerous. Therefore making it hard to recommend doing regularly, especially if the lenses are prescription.

The Razer Anzu promises to be a must-have piece of wearable technology. A device created to make life convenient for those who already wear glasses by removing the need for additional accessories. Alas, the reality is a gimmick not suited for much more outside of the initial novelty or hefty price tag; which is made ever more complicated for those who require prescription lenses.

Wearable technology is hardly groundbreaking in the year 2022, and thanks to the rise of smartwatches and rings, many have embraced this new genre as a part of their daily apparel. Over the last decade, the rise in smart glasses, from Ray-Ban Stories to Bose Frames and even Flows Badwidth; have shown how there is a want for glasses to be made more useful. Each of these glasses has also showcased how companies have been pushing the boundaries of this technology. Sadly, instead of Razer being on the front lines with something new and innovative, the Razer Anzu feels dated, underwhelming and unsure of whom it is trying to cater to.