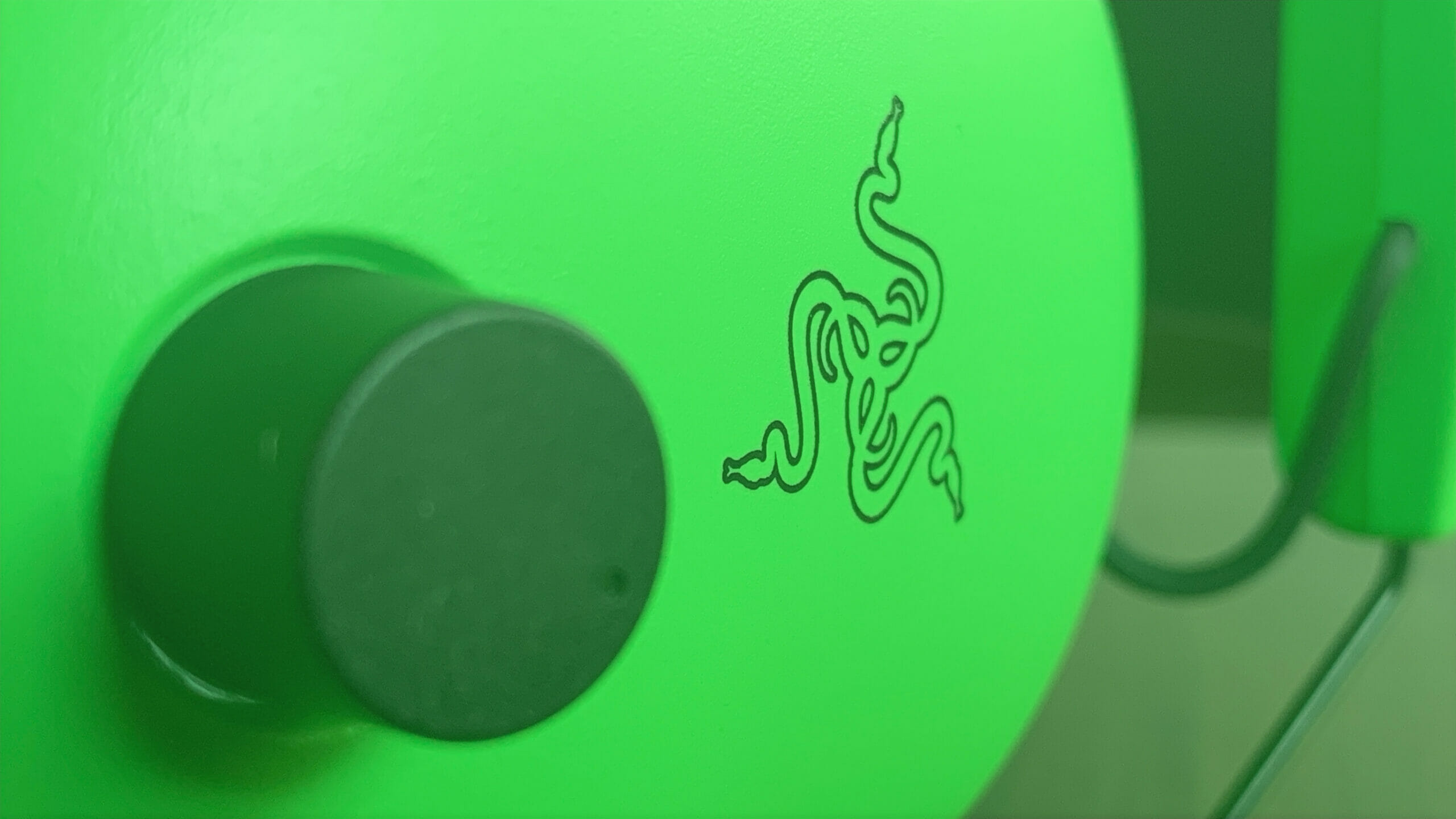 Razer’s headphone journey is one of hubris, discovery, redemption, and ultimately, pride. From their humble beginnings debuting with a bass-heavy and pure video gaming headset offering, through to becoming one of the greatest bang-for-buck enthusiast audio competitors available; has been a treat to experience. From the manufacturer’s bold green colours and cushy ear pads, through to the mantra of “RGB All The Things” and everything in-between, Razer has essentially become the go-to for high quality peripherals of all shapes and sizes. The newly released Razer Blackshark V2 X emphasises this fact.

Amongst Razer’s high quality and premium offerings lies the manufacturer’s Kaira, and Opus headsets. The Kaira is one of the brand’s premium gaming offerings, while the Opus spearheads Razer’s audiophile offerings. Somewhere in-between lies the Kraken, a heavy-hitting all-rounder focused on premium gaming audio, and then there is the Blackshark, a more streamlined mainstream gaming audio headset. The Razer Blackshark V2 X acts as the budget-friendly variant to the Blackshark V2 and features high quality surround sound from top-tier drivers in a much more economical build. Simply put, the Razer Blackshark V2 X is a lightweight and compact headset with simple features that do not compromise on audio quality.

Razer products have followed the mantra of function over form for some time now, but in the case of the Blackshark’s design, these lines have always been a little bit muddied. The normal Blackshark variant has always been covered in a subtle black matte case with no RGB and the most conservative branding seen from a Razer product. The V2 X variant Vamers received for review, on the other hand, has been cast in Razer’s iconic bold green, with wonderfully contrasting black accents. It is bolder than the normal variant and makes more of a statement when worn. Its feature set remains conservative, however, with a single black volume rocker on the left cup joined by a permanently fixed bendable mic. Both ear cups are held in place by two metal prongs running through the headband, which consists of a hard plastic band and a strip of soft memory foam. The entire headband, as well as the two ear pads, are covered in faux leather to give it a more premium feel. The material also helps with passive noise cancellation.

Following the trend seen in many budget-friendly headsets, the Razer Blackshark V2 X is a wired device. The unit features a 1.3m cable terminating in a 3.5mm auxiliary connection. The cable is wrapped in a soft plastic that does not entirely mimic a braided cable, but feels quite nice nonetheless. The unit also comes with an additional mic splitter dongle made from the same material, for gamers who prefer to have separate connections leading into their systems. While headsets with fixed connectivity tend to feel a bit awkward at times, the very stripped-down nature of the headset results in a device weighing less than 250g. It hardly ever feels like there is something on your head, let alone a device with a wire. The only reminder comes by way of the clamping force the earcups apply — this is in large part due to how the cups feature no horizontal swivel. With that said, however, even this is a negligible caveat, at worst.

Beyond a big bold colour swop, it is safe to say the Razer Blackshark V2 X remains as conservative as ever. It is only fitting, then, to assume the audio drivers under the hood follow the same mantra. Interestingly, they do not. Razer have enthusiastically fitted their premium TriForce 50mm drivers into the headset! What makes the TriForce drivers unique is how they are essentially three different drivers, combined into one like some megazord. The result is better audio clarity on all three fronts! Razer states the bass will never be compromised as each driver pushes the limits of what it means to exert quality highs, whilst pushing out great mids. Combined with Razer’s masterful audio mixing and mastering systems (via THX), there is no doubt how anyone listening will have an enjoyable time.

Due to the wired limitations of the headset, however, users on devices outside of Windows 10 (64-bit) and Windows 11, will automatically have to settle for stereo, or platform-specific virtualisation. This means PlayStation 5 users will have to make use of 3D Audio, while Xbox One and Xbox Series X/S users can choose between Windows Sonic or Dolby Atmos. Nintendo Switch and mobile users unfortunately do not have the ability to switch from stereo at all. With this in mind, it needs to be said how the headset sounds incredible regardless of a user’s listening circumstances. It may, in fact, sound better in stereo only for most conventional means of media consumption. Listening to music and watching shows on the headset sounds wonderful, while video games utilising their own premium mixes, such as Horizon Zero Dawn, and Marvel’s Spider-Man, sounded epic in scope. More esports-oriented titles such as Rainbow Six Siege and PUBG: Battlegrounds sound crisp and clear regardless of whether virtualisation is active or not.

The microphone on the Razer Blackshark V2 X features the same HyperClear Cardioid technology from the manufacturer’s more premium headsets. As such, microphone quality will understandably sound great regardless of where it is being used or on which platform gamers are yelling at their multiplayer partners. The technology features a built-in form of active noise cancellation, which results in pretty great background suppression. While barking dogs can still be heard, it adequately cancels out background music and talking, as well as stops others from hearing your keyboard clicks. It must be noted how the headset comes with a “Discord Certified” badge… and while extremely trivial, ultimately means gamers and users of the service should have no qualms when switching over to the BlackShark V2 X.

In terms of connectivity, the Razer Blackshark V2 X comes with no means to connect it to the overarching Razer Synapse suite on desktop. Instead, it relies solely on a smaller program, which in reality, only act as a user interface to change the system audio settings of any Windows machine. When selecting the headset as an output device and switching the 7.1 Surround Sound setting to on, all it really does is switch the system audio over to Windows Sonic. As such, it is highly recommended gamers do this at their own discretion instead of having to install and rely on yet another third party program. The 3.5mm connection does come with its advantages though: it is a universal and platform-agnostic device. As such, gamers can connect it to pretty much anything with a 3.5mm port, and enjoy the full breadth of the Razer TriForce drivers.

The Razer Blackshark V2 X seems like the perfect entry-level device. It serves as a wonderful entry point into quality audiophile-levels of drivers, while keeping true to the brand’s gaming legacy. It looks as bold as it sounds, and really does feel premium, even though it is as lightweight as can be. There is something to be said about how simple it is in execution, as it really does “just work” – making it the perfect product for gamers who do not like faffing and tweaking. The mic also sounds great, and the drivers deliver quality audio unlike any other in the same price point. In short, the headset is exceptional, and will be regarded as one of the best bang-for-buck headsets for a long while to come.