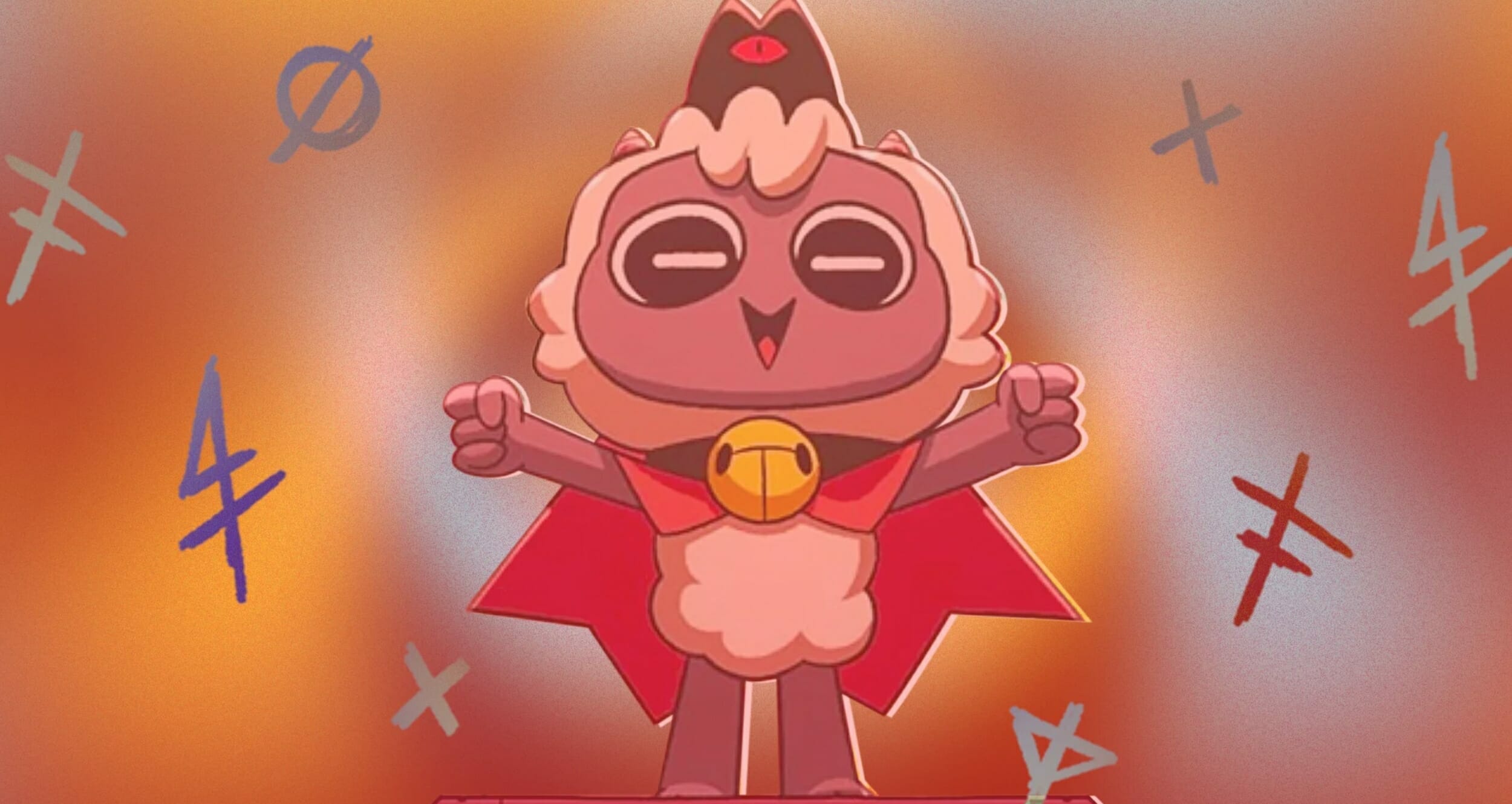 Few things in life are as intriguing and utterly baffling as cults. From questions about how they begin through to how they manage to become relevant and indoctrinate their members – the more layers peeled, the more confusing and unexplainable they seem to be. As the name might suggest, Cult of the Lamb is a game entirely based on this fascinating topic. However, instead of attempting to answer even a single of the age-old questions about the subject, the game prefers to put players in the ultimate position of unbridled power as the leader of a cult. Then it gives all the freedoms associated with the role. Gamers might be playing as a lamb, but make no mistake, in Cult of the Lamb, they are not the one being led to the slaughter – they are the ones doing the leading.

The opening scenes of Cult of the Lamb are nothing if not powerful in setting the tone for the entire game. The first time players can interact with the game is to control the titular lamb as they walk down a stone corridor towards an altar laid out for them – and them alone. The altar is surrounded by hooded cultists and four beings known as The Old Gods, who are worshipped across the land. It is revealed how the lamb player’s are controlling is the last of its kind to have survived the “culling”. The Old Gods believe that because of this, the lamb will be their ultimate undoing and call upon their servants to sacrifice the lamb – not knowing how this is exactly what the prophecy they so fear has predicted.

Upon waking up after death, the lamb is introduced to The One Who Waits, an all-powerful god whom the other four gods betrayed. After talking, The One Who Waits offers the lamb a deal: start up a cult in his name, and he will bring the lamb back to life and imbue it with his former powers. The lamb accepts, and this leads players directly into the game.

From the start, the game is divided into two main sections: dungeoning and cult management – neither of which can be successful without the other. At its core, Cult of the Lamb is a roguelike effortlessly combining elements from various other successful games, but it does so in a way showcasing the genre’s strengths while eliminating its pitfalls. The game focuses pretty strongly on dungeons too, and as with other roguelike games, these are “push your luck” endeavours that can be swayed in the player’s direction by collecting cards.

The dungeons are separated into four explorable “domains”, each led by one of the Old Gods. Each “level” of the dungeon is made up of randomly-generated rooms, and at the end of each level, players get to choose the path they would prefer to follow towards the dungeon end. Some of these paths include shops where players can purchase upgrades for their Lamb, rooms with tarot cards granting special boons, or areas with new followers to be recruited into the cult once the dungeon has been completed.

The main objective is to reach the end of each dungeon four times, and to slay a unique mini-boss at the end each run, until ultimately earning the right to face off against one of the Old Gods. Each time a boss has been defeated, all enemies grow stronger, and the subsequent dungeon runs tougher.

While most of the time in the game will be spent traversing through the dungeons, managing the delicate ecosystem making up the ‘cult-like flock’ is just as crucial for success. While some parts of cult management will feel familiar to anyone who plays simulation-style games – like ensuring enough places to sleep and food to eat – other parts are more uniquely suited to The Cult of the Lamb – like managing the dead in a way so as not to upset the constitutions of those still living or making sure each member feels fulfilled in their own beliefs.

Vital to success in the game is the ability to constantly manage each cultist’s faith in the Lamb. Many factors go into keeping the faith alive. However, two significant behaviours influencing the faith are whether the Lamb is victorious on dungeon expeditions (cultists do not like backing weak leaders) and their subsequent treatment by the leading lamb. Other minor transgressions, such as interrupting them while talking or conducting a ritual they do not align with, can also damage the Lamb’s reputation among its flock and thus lower their faith.

If faith drops too low, followers can dissent and start spreading doubt throughout the flock, turning more and more cultists away from the Lamb. This system forces players to constantly strive for a perfect balance between doing what they want in the game and keeping the cultists happy.

A refreshingly nuanced aspect of the game is the freedom it gives players to truly play and manage their cult in a way best suiting their play style. Sure, little stops players from sacrificing cultists who dare look at their lamb the wrong way or even marrying all of them only to break their hearts. However, there is also nothing in the game forcing players to be this type of leader. The game leaves plenty of room for those looking to be a benevolent lamb who cares for their flock, and it never punishes or places players who choose to play this way at a disadvantage.

As such, one of the most significant parts of the game is how it allows gamers to choose the type of Lamb overlord they want to be. This is done through declaring doctrines. There are five categories of doctrines, each with four guiding choices to shape how the cult will function and run. Players can choose to be feared by their cultists and insist they pay daily to remain a member, or players could choose to be loved and ensure their cultists know heaven is waiting for them upon death.

Cult of the Lamb is a veritable “standout title” providing a solid first impression, one which eventually grows into a fun, addictive and enthralling journey from beginning to end – thanks to the mixture of genres keeping the game fresh. Overall, the game is so much more than just the sum of its parts. Whether joy is derived from exploring the dungeon or preferring to expand and manage the cult, each aspect is compelling and dense enough to remain exciting and surprising – even after many hours of play time. It might be too on the nose to refer to Cult of the Lamb as a ‘cult classic’, but this is precisely the impression the game imbues on those who play.

Title purchased at retail and reviewed on Nintendo Switch