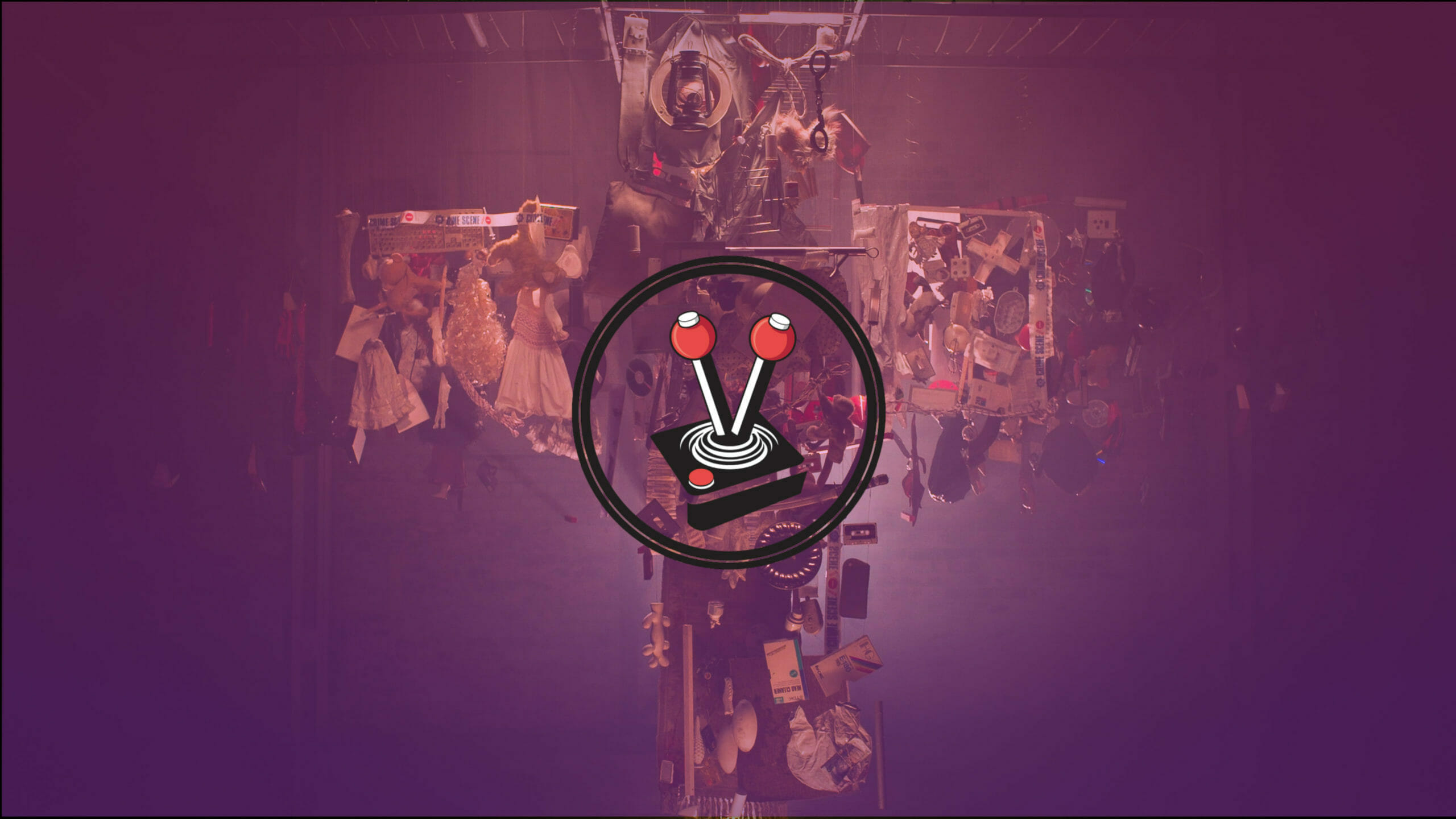 Devilsdorp is a Showmax original title documenting a South African true crime story that rocked the nation between 2012 and 2016. It all started with a caring response to a desperate cry for help, and ended as one of the country’s most notorious murder sprees. The documentary takes an in-depth look at what happened, and offers a well produced show detailing heartbreak, manipulation, murder, and revenge.

The documentary begins in 2016, opening on a series of murders within the city of Krugersdorp (west of Johannesburg). The strange part is how they occurred within days of each other, with each of the victims seemingly having been lured to their death under the guise of attending a meeting. The case was subsequently dubbed as “The Appointment Murders” by the media. Once police started investigating, however, they stumbled onto a series of unsolved cold cases and links to a further 11 murders – all from within Krugersdorp. Eventually police found even more connections between the murders and a certain religious group, unravelling a story so crazy it can, at times, be very difficult to believe.

As the popular adage goes, ‘the road to hell is often paved with good intentions’. In this way, Devildorp slowly paints a picture of a woman named Cecilia Steyn. By her own account, she is a witch and a member of the church of Satan. However, she allegedly wishes to break free from that life, but has been cursed by other Satanists and needs the spiritual help of others to be saved. It is here where her cries for help are answered, with open arms, by a former pastor known as Ria Grunewald. Her church congregation responds to Cecilia’s pleas by doing their best to extract her from the devil’s fierce grip. What starts as an innocent attempt to help someone in need, eventually evolves into something of an unwanted obsession.

Before long, Cecilia has the congregation hanging onto her every word. When she says she requires around the clock companionship to keep her safe from demons; members of the church volunteer without a second thought. Eventually, this intense focus on Cecilia leads to some conflict within the congregation – especially as priorities begin to shift away from her ever more ludicrous tales of Satanism. Through a series of well spun lies and subterfuge, she develops her own following. In so doing, she creates a group known as Electus per Deus (Chosen by God). Among these “members” are a young newly married couple, a beloved high-school teacher and her two young children.

It is not possible to talk about Devilsdorp without touching on the cult aspect of it all. In modern English, the word “cult” refers to a social group defined by its unusual religious, spiritual, or philosophical beliefs. It can also be defined by a common interest in a particular personality, object, or goal. Electus per Deus was a group whose members all shared a deep need to “do more”. There was a shared belief of how they, as ‘Gods chosen’, were doing His work and how, through keeping Cecilia safe through worship and prayer, they were not just standing up to Satan, but also fighting a holy war with Cecilia at the helm. It therefore begs the question: was Electus per Deus a cult or were they just a group of misguided people?

All of the original members, save for the ringleader, were affiliated with a church in some way. Each had a different reason for their faith, but there is a clear thread of how religion brought them back from the brink of past chaos in their lives. As such, in one form or another, they were using the church to help find their ‘purpose in life’. So when a woman appeared who, on the surface, genuinely needed them, and whom they could assist in order to make a tangible difference in the world; they grasped at the opportunity. Cecilia allowed them to devote themselves to her and what they believed to be a greater good. Slowly and over time, members of Electus per Deus committed their lives to her. The group became their family and Cecelia their purpose. It was a way for them to better themselves and give purpose to their lives. After all, what could be better than being one of “God’s chosen”?

Helping Cecelia find the Lord through escaping Satan, seemingly brought meaning to the lives of her new flock. In so doing, they all became reliant and dependant on her word. Curiously, a sign of a group possibly being a cult is when there is a strong inner circle who follow the leader without question, and show a kind of loyalty that can oftentimes be construed as inappropriate or extreme. Said leader will then also use emotional and financial exploitation to further their agenda.

Devilsdorp, showcases clear examples of this kind of behaviour, starting with how all of the inner members of Electus per Deus chose to tattoo the group’s name on their bodies. This act not only bonded them all together, but also solidified their loyalty to Cecilia. Even more bizarrely, members started changing their life insurance policies to make Cecilia the sole beneficiary; paid “tithings” to Cecilia (with the money allegedly going toward supporting an orphanage in America, which was revealed to be a figment of Cecilia’s imagination); chose to ‘take the fall’ in court thus completely exonerating Cecilia of all wrongdoing; and eventually… murdered in her name. It is easy to look at these acts and wonder ‘how on Earth could people do that’?

Cecilia preyed on those who needed “more” in their lives, and gave them what they needed through acceptance and ‘divine’ introspection. She had a way of making those around her feel special and important, then exploited their devotion and fear of the unknown. Unfortunately, a major problem with being so deeply absorbed in another persons life is how it will inevitably put the carer in a state of extreme vulnerability. Over time, this vulnerability evolves to become an obsession through a form of Stockholm syndrome. In this way, followers become afraid of no longer being a part of this community and will do almost anything for approval – including murder. Ultimately, they honestly believed her word to be gospel and their perverse acts to be for the greater good.

What does it take for seemingly well-meaning people to join a cult and start doing terrible things? This is one of many questions Devilsdorp will leave with viewers, along with how there is no single correct answer. After all, very few people consciously join a cult. Most are just looking for a sense of community, purpose, and a way to better themselves. In this sense, cults are usually beautifully packaged into something offering all of these aspects and more, at least on the surface.

With that said, there are two quotes in Devilsdorp that do a great job of explaining how Cecelia led a seemingly well-meaning group of people to murder without ever being questioned. The first is by journalist Marizka Coetzer who makes a statement about how Krugersdorp has only five entrances and is thus shaped like a pentagram (it is not, and a single glance at a map proves it). She even concedes to not being sure of whether or not what she just said is true, but she is also not willing to check if it is because “as jy vir die duiwel kyk, sal jy hom find” (if you look for the devil, you will find him). The second quote is from public prosecutor Gerrit Roberts who said, “educated people fell for the ridiculous stories she [Cecilia] would tell because religious sauce was thrown over it”. At least, this is what Devilsdorp would have you believe.

While being entertaining to watch and seemingly very well researched, Devilsdorp does little to elaborate on the more interesting aspects of the case. While there are a few moments of clarity and hard facts sprinkled throughout, they seldom cover topics like Cecilia’s history, her motivations or the psychology behind how all of this could have happened. Instead, these points are often glossed over in favour of the shock value provided by the ‘occult’ narrative. This becomes quite apparent through the included interviews and b-roll footage (even the promotional material) used throughout the documentary; whereby a deeper layer of the story is hinted at, but never truly explored.

Courtesy of the plethora of interviews with the family of the victims, church members and investigating officers; it is quite clear how the topic of “Satanism” effectively blinded everyone from being able to look at the events of the case objectively. In fact, viewers are told how the occult aspect of the case actually interfered with the investigation. It is severely ironic then, how Devilsdorp falls into the same trappings the original police investigators could not get past. Thus resulting in a good, yet undeniably frustrating, experience for viewers to consume.

While footage and interviews from the inside of South Africa’s very own “occult-related crime unit” (a division that existed well into the 2000s) is interesting to see, it also ends up feeling longwinded and repetitive. Ultimately adding very little to the actual conversation, other than highlighting how blinded by fear one can become. At the end of the day, what happened in Krugersdorp was bad enough without needing to further embellish the story with sensationalist mysticism. Constantly underpinning an occult narrative to the story takes away from what happened and allows some of the more interesting aspects to almost go by the wayside. For example, Cecilia’s husband being revealed as a police officer is something viewers only find out when the documentary is almost over. In addition, Devilsdorp even goes so far as to pierce the occult veil through showcasing how the logical and fact-based work of Shane Chatzkelowitz, a Discovery claims specialist, essentially served as the key to Electus per Deus being caught.

Unfortunately, this unusual ‘occult’ focus does a disservice to telling the most comprehensive version of ‘The Appointment Murders’. While Devilsdorp does a decent job of laying out the base story of the killings, it does sometimes feel like it misses the mark in terms of overall ‘satisfaction’ by skirting around the answers to the many prevailing questions viewers might have (as seen throughout this review). In the right hands and with a slightly more informative focus, it could have even served as an excellent educational tool to equip viewers with the knowledge needed to avoid similar situations.

While Devilsdorp does its best to retell this tragic story, the encompassing focus on the ‘occult’ over clear facts is what almost allowed for Electus per Deus to continue walking free to kill; and ironically keeps this documentary from being truly great. Ultimately, Devilsdorp serves as both a reminder and showcase of how easily good intentions can be led astray when facts are ignored in favour of sensationalism. Perhaps the most frightening aspect of the documentary is how it sheds a light on how cults are not just ‘American’ by nature, and can be found right here, in South Africa; maybe even down the road from where viewers live.

Watch all four episodes of Devilsdorp only on Showmax from 29 July 2021.