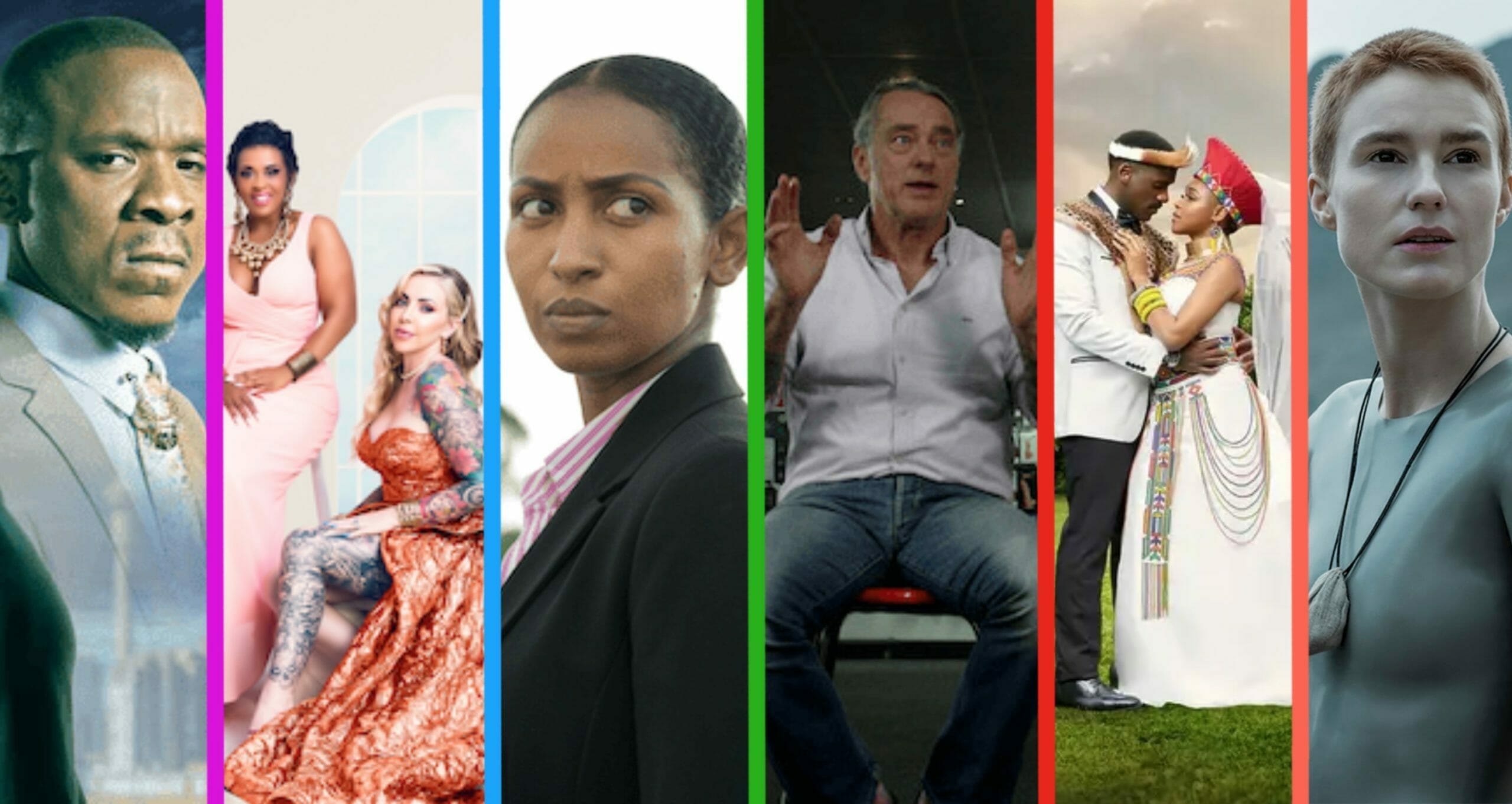 Glasshouse is set after The Shred, an airborne virus that causes dementia, has left humanity roaming like lost and dangerous animals, unable to remember who they are. Confined to their airtight glasshouse, a family does what they must to survive – until the sisters are seduced by a stranger who upsets the family’s rituals, unearthing a past they have tried to bury.

Glasshouse had its world premiere at the 25th Fantasia International Film Festival in Montreal, Canada in August 2021, receiving multiple five-star reviews and an 89% critics rating on Rotten Tomatoes. Film Threat’s Lorry Kitka singled out Glasshouse as her “favourite film of the year so far”; Exclaim proclaimed, “Kelsey Egan is a filmmaker to keep an eye on”; The Guardian called it “a sinister, seductive meditation on memory, desire and loss” and Pop Culture Planet included Jessica Alexander (the upcoming remake of The Little Mermaid) in their list of the Best Performances of 2021, in good company alongside the likes of Jennifer Coolidge in The White Lotus.

Glasshouse is the first film in a three-part post-apocalyptic slate being developed by Showmax with Local Motion Pictures, in association with Crave Pictures, with Kelsey Egan directing and sharing story credits with associate producer Emma Lungiswa de Wet. Greig Buckle, co-producer of the Oscar-shortlisted Life, Above All and line producer of the #1 US box office hit Chronicle, is the producer.

NEED MORE LOCAL FILMS? Stream the multi-award-winning Mr Johnson from 10 February 2022, with the legendary Paul Slabolepszy starring as a 76-year-old waking from a 50-year coma.

Alternatively, Enhle Mbali Mlotshwa stars in the Sesotho romcom A Safe Bet; Kwanele Mthethwa stars a female stick-fighter in the isiZulu drama Induku; Bohlokwa Mpiti stars as a blind outcast with a rare gift in the isiZulu drama Umnisamvula; Mpho Sebeng stars in the Sesotho crime drama Tshepo; and Sthandile Nkosi stars as a con artist in Love Heist.

Other upcoming films to watch out for include the Valentine’s Day romcoms No Love Lost, with Umkhokha star Hope Mbhele, and Welcome To The Family, with Nolo Seabi, Siphesihle Vazi (Selimathunzi), triple SAFTA winner Linda Sebezo (Lockdown), and Delisile Malinga (Umkhokha, The Queen), as well as Late Bloomer, the English feature film debut from Barakatdirector Amy Jephta, from 28 February 2022.

Season 2 of the biggest series ever filmed in Cape Town sees android partners Mother (Danish actress Amanda Collin) and Father (BAFTA nominee Abubakar Salim), with their brood of six human children, join a newly formed atheistic colony in Kepler 22 b’s mysterious tropical zone. But navigating this strange new society is only the start of their troubles as Mother’s “natural child” threatens to drive what little remains of the human race to extinction.

Season 2 has a 100% critics’ rating on Rotten Tomatoes. Inverse calls Raised by Wolves “Ridley Scott’s best sci-fi since Alien” and Decider hails it as “the most exciting sci-fi show since Battlestar Galactica.”

Look out for local star Kim Engelbrecht (Reyka) as Decima this season, as well as the real stars of the show: South Africa’s alien-looking quiver trees…

In the eye-opening documentary series Sex in Afrikaans, four Afrikaans couples and two singles, with the help of clinical psychologist Bradley R Daniels, will speak openly for the first time about their sex lives and in the process discover there is much more fun to be had!

Featuring interviews with sex workers, adult shop owners, a unicorn, swingers, dominatrixes, a crossdresser, a dungeon master, people who dress up like babies, and others who prefer full body latex suits, Sex in Afrikaans is an eye-opening tour of what your neighbours and co-workers get up to behind closed doors.

The six-part documentary series is narrated by media personality Rian van Heerden, who is also producing through Provoco. The media is already buzzing about the series, with Saturday Star calling it “jaw-dropping”, IOL labelling it “SA’s most controversial TV series to date” and CityPress predicting it’s “set to get tongues wagging.”

NEED MORE AFRIKAANS CULTURE? If you’re in the mood for romance after all this talk about sex, try the hit Showmax Original romcom Troukoors. Alternatively, you can now binge all three seasons of Waldemar Schultz as homicide detective Piet van der Bijl in kykNET’s hit series, Die Byl.

From 21 February 2022, you can also binge kykNET’s Nêrens, Noord-Kaap, hailed by News24 as “a triumphant showcase of the best that local TV has to offer” in their five star review. From 28 February 2022, you can binge kykNET’s Spoorloos: Steynhof, starring SAFTA nominee Jane de Wet (The Girl From St. Agnes, Griekwastad) in a gripping mystery set 15 years after a baby disappeared.

The explosive first season of The Republic cleaned up at the 2020 SAFTAs, winning seven awards, including Best Drama and Best Actress for Florence Masebe as South Africa’s first female president, Lufuno Mulaudzi.

After surviving a kidnapping and a coup in Season 1, President Mulaudzi still has her work cut out for her in Season 2, as South Africa descends further into chaos, with protests, riots and power cuts becoming the norm.

NEED MORE SOUTH AFRICAN DRAMA? Binge the powerful M-Net drama series Lioness, starring Shannon Esra (Still Breathing) as a woman who loses her children, her lover and her freedom when she is framed for fraud committed by her husband before his death. Eight years later, while trying to reunite with her children, she discovers he’s still alive …

Over the course of the record-breaking first season, taxi driver Mqhele (Bonko Khoza) has gone from South Africa’s national husband to the new face of gender-based violence. How will Hlomu (Mbalenhle Mavimbela) react to his abuse? And will Nkosana (Mondli Makhoba) finally find a way to get his wife Zandile (Khanyi Mbau) out of jail, or will the Zulu family’s crimes catch up with them?

After a one-week break, Season 2 of the first Showmax Original telenovela starts 17 February 2022, inspired by Dudu Busani-Dube’s novel Zandile the Resolute, her sequel to the bestselling Hlomu the Wife.

THE REAL HOUSEWIVES OF DURBAN S2 | Stream episode 1 now, with more every Friday

Season 2 of The Real Housewives of Durban (RHOD) went straight to the top of Twitter when it launched on Friday, 28 January 2022. With LaConco opening up to Sorisha for the first time about her relationship with former president Jacob Zuma, it’s already clear Season 2 is going deeper than the first, with just as much drama.

RHOD is produced by Let It Rain Films, with Thumeka Hlotshana directing Season 2 and Emmy winner Lee Doig (Survivor USA) creative directing. When it launched on Showmax in January 2021, RHOD set a then record for the most first-day views of any content on Showmax. Since then it’s been released on hayu in 27 territories internationally, including Canada, the UK, Ireland, Spain, France, Germany, the Netherlands, Singapore and the Philippines.

A co-production with CANAL+, Crime and Justice follows detective duo Makena and Silas as they investigate one ripped-from-the-headlines case per episode. This season sees the likes of Sheila Munyiwa (Rafiki) and Mumbi Maina (The Matrix Resurrections, Sense8) joining the already impressive cast.

Recently named one of the 10 Most Watched Titles on Showmax in 2021 in Kenya, Season 1 was hailed by KenyaBuzz as “the perfect Kenyan Original… intensely satisfying” while Quartz credited it with “keeping real-life crimes from being buried… reviving debate and discussion around controversies that might have otherwise faded from the news.”

NEED MORE AFRICAN HITS? Don’t sleep on the Lesotho-set This Is Not A Burial, It’s A Resurrection, starring the late, great Mary Twala Mhlongo (Black Is King). It was named the sixth-best reviewed film globally of 2021 by Metacritic.

EVERYTHING ON SHOWMAX IN FEBRUARY 2022

To see everything on Showmax in February 2022, including the 2022 Critics’ Choice nominee The Good Fight; Oscar-winning Judas and the Black Messiah, and the family blockbusterTom & Jerry, click here. Please note this release schedule is subject to change.