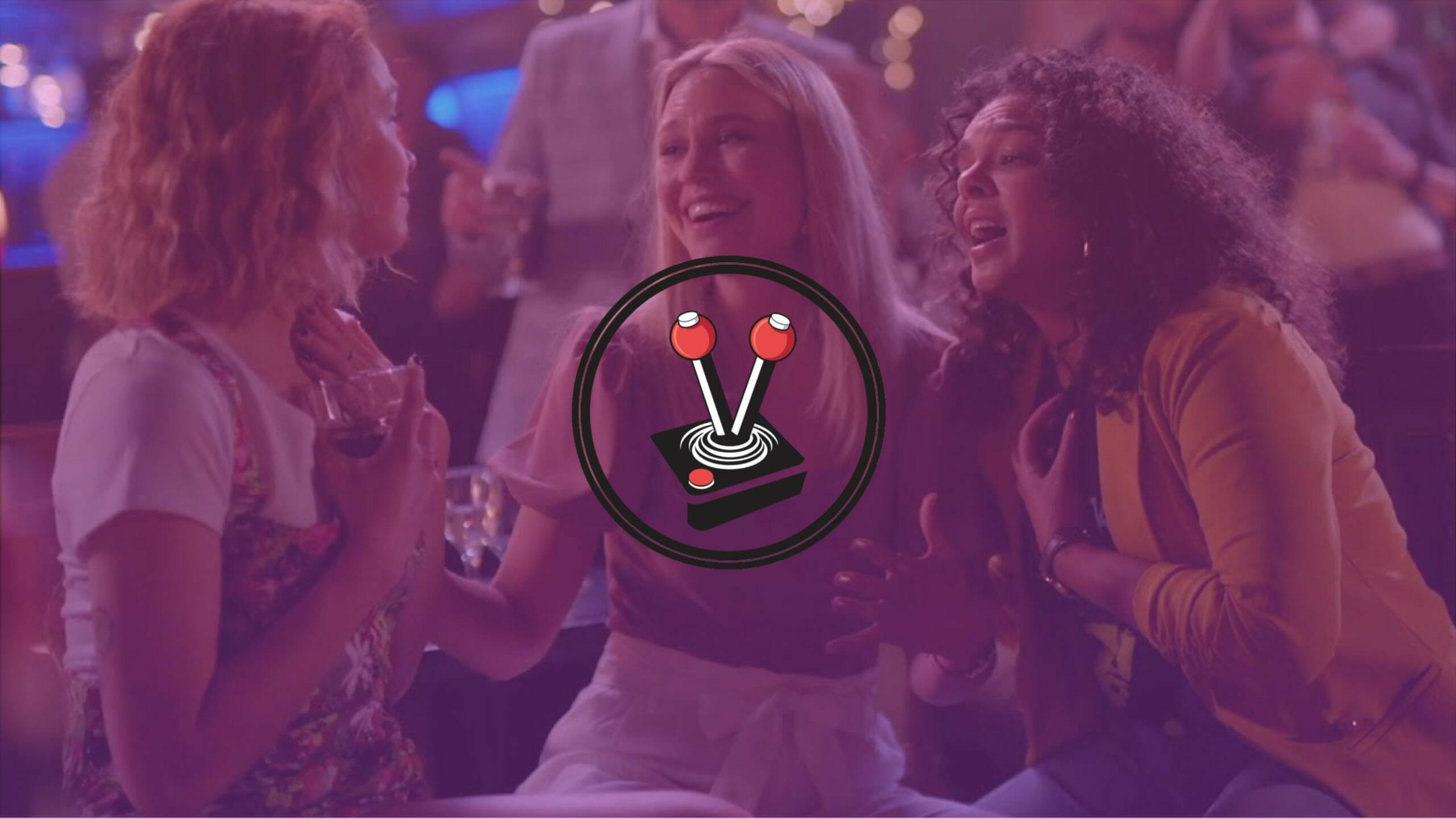 As with all things entertainment, it was only a matter of time before television series and films started referencing the 2019/2020 global pandemic. Some horrendously so, and others with a lot more tact. Troukoors (or Wedding Fever), is a brand-new Showmax original series revolving around what life is like for the modern 20-something. In true breakaway fashion, the show tackles intimacy, life in a post-COVID world, and friendship in ways no other Showmax original (or series on the platform, for that matter) has tackled before.

Troukoors is dubbed as a romantic comedy by the platform and marketed as such. However, it is so much more than the marketing would imply. The show approaches life and love liberally, and beckons the viewer to follow its surprisingly deep dive into what it means to be in your twenties and early thirties, in a world that is constantly changing. While it features a star-studded ensemble cast, the show largely focuses on three “sisters” — all from different walks of life — as each of them independently overcomes their own challenges and, with some aid, ultimately figures out where they want to be in the world.

The series showcases the everyday struggles of up-and-coming white-collar worker Jessica (Ilse-Lee) as her wedding planning career takes a drastic turn. A surprise promotion turns her world upside down and as she struggles to keep her personal and private world from collapsing onto each other. Thankfully, however, she is surrounded by an exorbitant amount of love and support from friends and family as she struggles to keep her love life healthy and in-tact.

Jessica’s sister, Luca (Blyde Smith), approaches life a little bit more differently. She found her calling as a software developer early on and has pretty much figured it all out. Her biggest challenge, however, is how her hipster lifestyle simply does not mesh with those around her, particularly in finding a partner. A recurring motif with Luca is how she keeps finding guys who are simply just not that into her after they find out she prefers to role play Dungeons & Dragons instead of in the bedroom.

Abi (Biance Flanders), on the other hand, acts as the anchor for both Jessica and Luca. Her goal in life is to enjoy it to its fullest potential, whether it means being surrounded by loved ones, or baking away in the kitchen all day. Along-side her calling as a professional baker, she knows exactly what she wants in bed – as her multitudes of sexual partners each come with their own story to tell. The focus here is on Abi being bisexual and thus allowing herself to carry on through life without conventional restrictions, whether they are familial or from personal beliefs.

The paradigm between the three women and the supporting characters is an interesting one. There are few romcoms (romantic comedies) that I truly like, and while it took me an episode or two to be hooked on Troukoors, I did end up falling in love with the show’s fresh narrative.

The narrative clearly showcases how the world has embraced liberalism, and Troukoors attempts to showcase this to its utmost potential. Multi-gendered and progressive narratives are few and far between. Those that do exist are often haphazardly slapped together and then forced upon viewers. The CW is notorious in this regard, as some of their most beloved shows tend to devolve into socio-political satire after their first season. Troukoors, however, does an incredible job of balancing it all in the best and most natural of ways: by simply normalising everything.

As the name implies, Troukoors (Wedding Fever) is all about love. While the series is only one-third about actual marriage, thus rendering the name slightly moot, it explores all facets of what it means to love and be loved.

Jessica, Luca, and Abi are joined by a wonderfully diverse cast of characters. Of those, Kevin Smith and Melt Sieberhagen play Abi’s father and his boyfriend, respectively; while Afrikaans entertainment alumni Armand Aucamp (Tom in Die Boekklub), Christiaan Schoombie (Warrior), and Fiesta Upcoming Artist nominee Emma van Heyn, and many more, join the cast as love interests, friends, or simply just interesting passersby. The most notable point here, however, is how wonderfully relatable everything appears to be.

From the opening scene where a character watches (and paretakes) in VR (virtual reality) pornography, through to the hilariously sad depiction of how two gay dads have zero clue how to handle a son they only just got automatic custody of; Troukoors manages to deliver believable characters with deep and intriguing personalities worthy of exploring… even if that means sticking it out with the sometimes cringe worthy comedy.

Perhaps the biggest issue with the show comes down to its strange humour. One of the best facets of the series is how it incorporates current events into its writing and design. However, as with many shows that have such a high reliance on timely events, the dialogue does suffer from it. Jokes are “so 2019” as Luca would say, and largely fall flat. Meanwhile Jessica’s wedding planning antics are often interrupted by over the top Monster In Laws who try to rule and run every aspect in her stead. The humour then, which is written to be physical moreso than spoken, tends to be exaggerated and over the top.

Beyond weirdly exaggerated comedy, however, Troukoors truly excels. The plot is especially strong in its execution, with all characters (not just the main three) slowly progressing and growing as the series unfolds. Luca’s tiring adventures into dating as many guys as possible in order to gather research for her dating app is strangely intriguing. The equilibrium between Jessica’s love life and career, and her balancing the two are just as much of a hook. Then the two find themselves in awe of Abi’s beautiful actions as she masterfully weaves the threads of family and love while standing out as the supporting pillar for more characters than is healthy… and all of this is only the tip of the iceberg.

There is no question that Troukoors is good. It may falter every now and then, and it especially struggles whenever characters feel the need to be over the top. However, it still remains charming in its execution and narrative, with characters who are relatable and easily loved. The show’s reliance on current events may result in a much shorter shelf life, but that is also what second, and third, and perhaps even fourth seasons are for. The show may not be for everyone, but it is apparent how romcom viewers will find themselves enjoying this breath of fresh air.