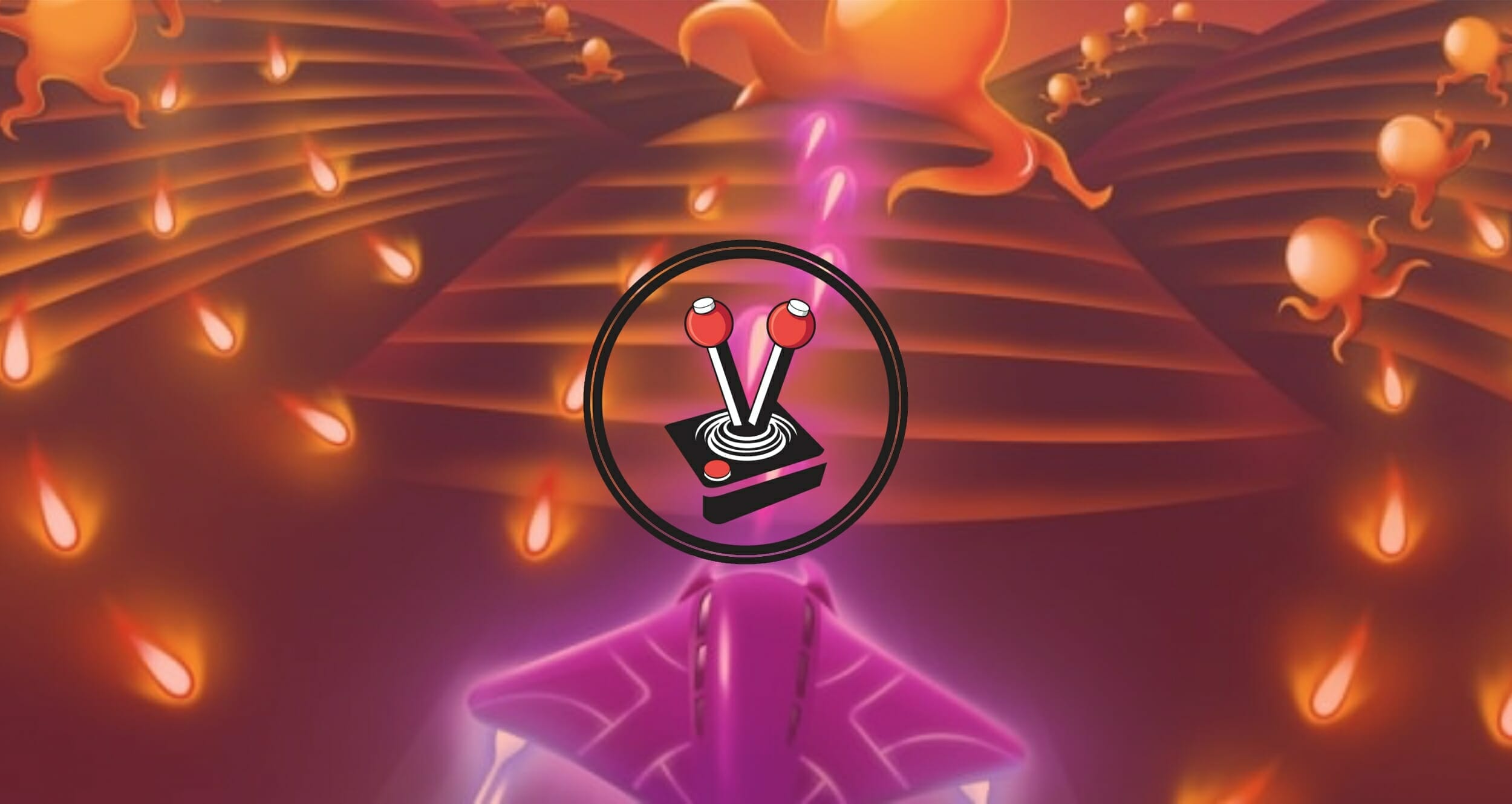 Space Invaders is a classic. It revolutionised what could be done for gaming with the technology available in the 1970s. Despite being more than four decades old at the time of this review, the title’s gameplay mechanics continue to remain relevant. In fact, the general premise of using skill to both damage enemies and avoid being damaged is a core gameplay mechanic of almost every single game available today. With this in mind, Flowing Lights from gFaUmNe hopes to reinvigorate the classic 70s gameplay with some twists of its own, and it mostly succeeds in the best ways possible.

In Flowing Lights, gamers take control of a sea ray inspired spaceship that has crash landed on an alien planet. A recon mission turned bad, it is the player’s job to guide the craft through a dizzying number of enemies. To make matters more challenging, the gravitational pull of the planet is so intense it has trapped the ship on its surface and directly influences the effectiveness of its defensive weapons. A simple premise, to be sure, but one that inspires some truly addictive gameplay.

Unlike many other ‘space invader’ influenced titles, Flowing Lights sets itself apart by focusing on the cerebral nature of puzzle solving whilst encouraging trial and error gameplay. The game is thus split into four levels, each chopped into a myriad of parts. Each parted segment contains aliens to be defeated in order for the ship to progress. It is here where gFaUmNe‘s ingenuity begins to shine.

Each segment features a combination of three unique octopus-like aliens that player’s need to overcome in order to proceed. The process of progression is hindered further by the gravity induced landscape, and the way it ebbs and flows – having a direct impact on the way bullets move and adding a wonderful strategic element to every shot taken. Further compounding the strategic and puzzle nature of the title, is how every segment is rated on a scale from C (lowest), B, A and S (highest); with the two higher tiers requiring additional objectives (namely combo kills). The scores are also immediately uploaded to a global leaderboard for each segment, with the fastest times accruing the highest scores. At the touch of a button, the current segment can immediately be restarted if not completed satisfactorily. If completed, the menu options allow the recently passed segment to be retried. The options even allow for entire levels to be restarted.

Courtesy of these options, the game encourages players to obtain the best scores possible through bouts of trial and error; which are handsomely spurred on by competitive compulsion. In this sense, the scores of players around the world are shown the moment a segment is finished. Thus forcing players to compare themselves to others, and spurring on an insatiable need to find out “how, exactly, they managed such a high score”? The result is a coercion to “be better” through trial and error gameplay that treads a fine line between quick twitch reflexes and slower problem solving.

Perhaps the best, and most frustrating part, of Flowing Lights is how the game relies on much more than just gun power. The world’s gravity plays a large part in determining how levels play out. Want to get that fabled S rank? Then you best know how to use gravity to curve your shot in just the right way to combo kill the aliens; all whilst avoiding being shot. The gameplay is therefore slow to start, especially when initially learning how the game operates; before becoming increasingly manic as each second lost is a tier players will drop in the global rankings. The title also does a fantastic job of increasing difficult over its 200 included levels, which adds to the engaging nature of ‘honing one’s skills’.

It is worth noting how failure in Flowing Lights has no real consequence. Segments and levels can be restarted ad infinitum, with an unlimited number of lives allowing for levels to be continuously tried until mastered. I personally adored this aspect of the title, allowing me to focus on mastering the level and attaining the highest score; versus worrying about whether my actions would send me back to the beginning of the level – like many games with permadeath mechanics. I believe this choice was purposeful on the part of gFaUmNe, as it allows the title to refrain from becoming ‘frustrating’. Rather, it focusses on the enjoyment derived from finding and implementing a solution; and then challenging players to modify the solution to find the most efficient way possible to complete a segment.

Flowing Lights is a wonderfully addictive title that blends timeless gameplay with thought provoking puzzles and is a must for anyone looking for a modern arcade shooter, with a twist.