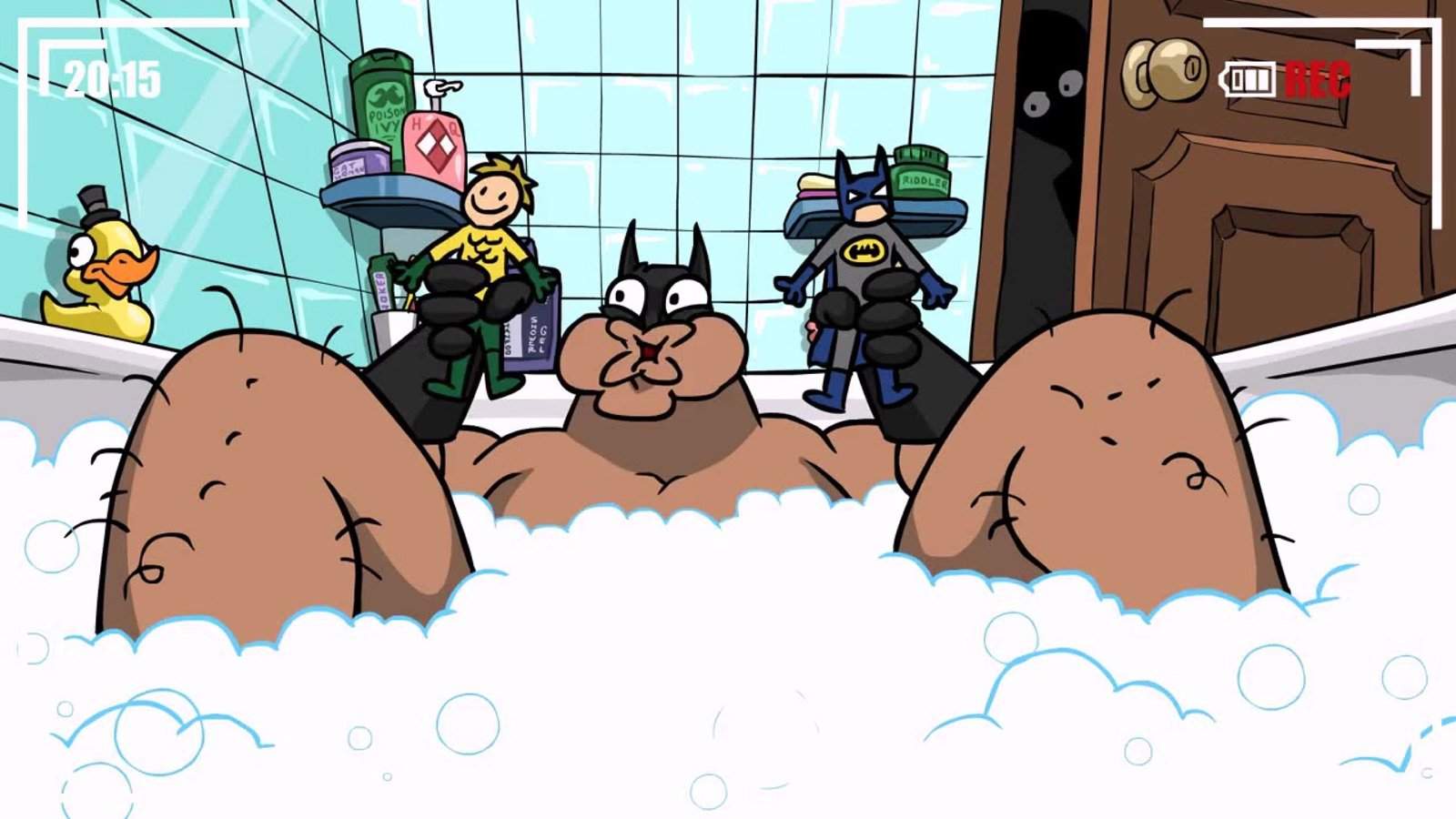 Batman’s first venture into death metal saw the Dark Knight smashing up every one and everything he could find. It also featured him participating in some rather lewd acts with Catwoman and many other sexy villains. The man obviously has zero chill. Now that same Batman is back, for round two, in ArhyBES‘ hilarious BATMETAL RETURNS!

Batman is once again the frontman of Gotham City’s most brutal band: Children of Batman. Robin, Nightwing and Red Hood are also back, respectively on drums, guitar and bass. This time, however, Batman is on a mission to save Aquaman from Disney’s Ariel. The little red headed mermaid has the Prince of Atlantis locked up and has recruited the likes of Spongebob Squarepants, Nemo and Dory to aid her cause. The premise is just as ludicrous as it sounds, and that is what makes the video so entertaining.

The ArhyBES animated music video for BATMETAL RETURNS once again covers a song from Dethklok. As such, Batsy and his metal head companions can be seen jamming along to Murmaider as they dish out their brand of justice. Thankfully, the video once again also features the same fantastic art style and animation as seen in the animated band’s debut video. However, that also means that it is, once again, not suitable for children. Not unless you want to see your children screaming “Murmaider Murmaider Murmaider” whilst abusing their Spongebob and Ariel toys.

BATMETAL RETURNS is an entertaining escape into a reality where Batman is a dimwitted metal head with a penchant for blood.