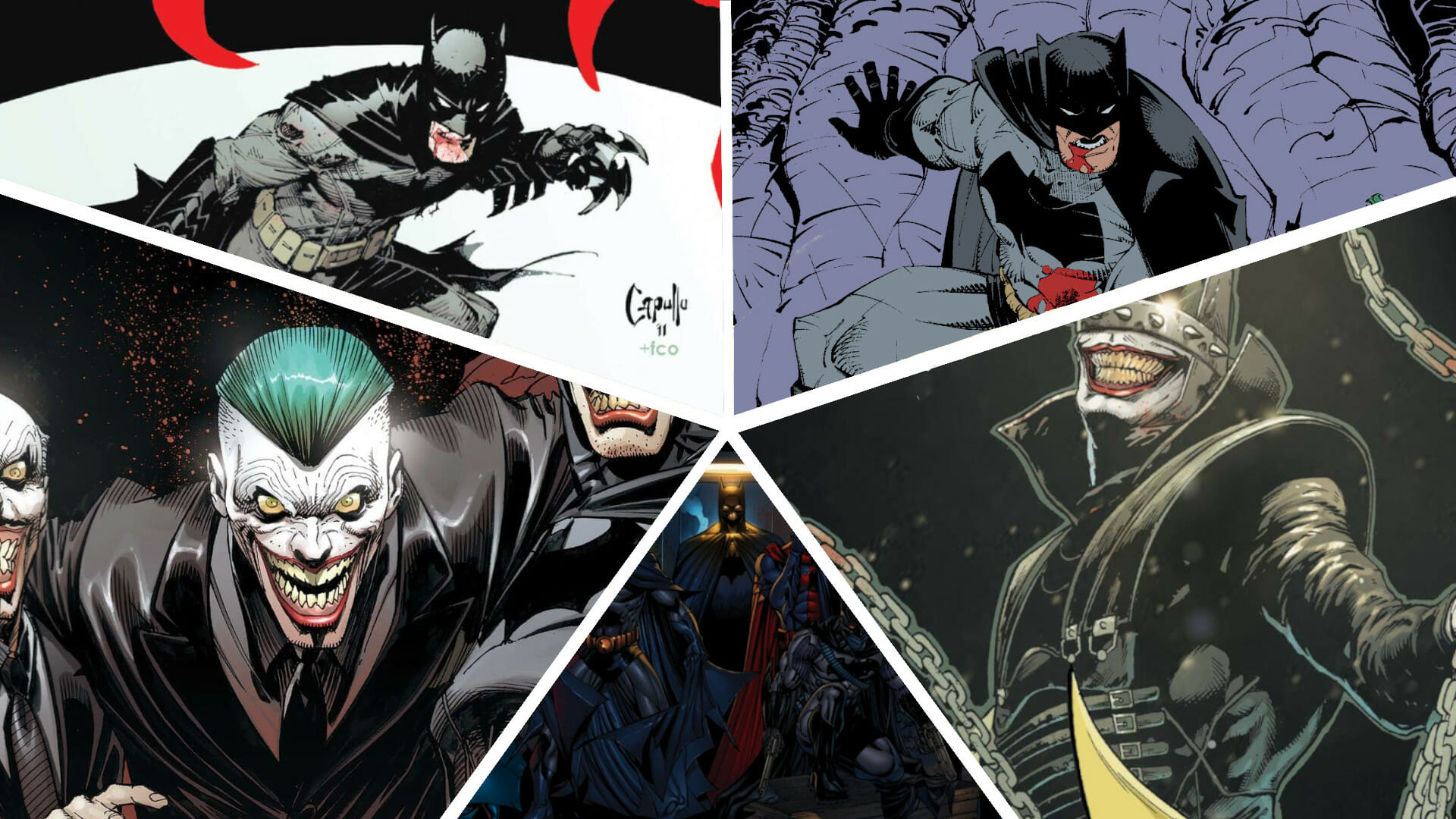 The Batman Arkham series is once again making the rounds through the rumour-mill! The franchise’s four main titles, and countless spin-offs, have entertained millions of fans worldwide. Since Batman: Arkham Asylum‘s release, the franchise has taken fans to the likes of Gotham itself with Arkham City, and then continued to expand on the city with Arkham Origins, the prequel, and Arkham Knight – the game that ended the Dark Knight’s story… or so we thought. Rumours began circulating shortly after the remastered Return To Arkham released, and fans have been speculating since about which Batman Arkham settings the franchise will explore next.

For any Batman fan, the good news is how likely it is that we will see a new Batman game in the near future. The bad news is that it will likely not be developed by Batman Arkham developers, Rocksteady. Rather, it will most likely be developed by Arkham Origins developers, Warner Bros. Montreal. This would not be an issue if Arkham Origins was a good game in its own right. Alas, it is simply not as good as Arkham Asylum, Arkham City, or Arkham Knight. Regardless of who is developing this rumoured title, Batman fans should feel free to rejoice for Warner Bros has been teasing a new Batman title for a while now.

Thanks to this teasing, fans have surmised that the Batman is likely to take on the Court of Owls next. While surprising, it is by no means necessarily what all fans want. As such, we have been sleuthing the comic book halls and collecting all sorts of data on which five Batman Arkham settings the franchise should explore next (listed in no particular order).

BATMAN: BATTLE FOR THE COWL

Battle for the Cowl is an excellent storyline. to an extent, it would work really well with the way the franchise left off in Arkham Knight. Regardless of what happens to your Bruce at the end of your game (whether you got the normal ending, or the completionist good ending), it is widely assumed that he still lives. Furthermore, it also alludes to how the events during that night lead to Bruce finally hanging up his cape for good.

The Battle for the Cowl storyline revolves around the aftermath of Batman R.I.P and Final Crisis – a comic book event where we saw the supposed passing of Bruce Wayne at the hands of Darkseid. Yeah, Darkseid is not a character who has ever shown face in any Arkham game, and as a result, would not make for a very compelling argument to tie the game to the rest of the Arkham franchise. Regardless, in this storyline, we see the city of Gotham fall into chaos as imposters start to take on his mantle. A problem that only comes from Dick Grayson refusing to take on the identity himself. Whether they decide to include Darkseid or not remains to be seen, but I would love to see a game where Dick Grayson has to come to terms with becoming the Dark Knight after the Arkham Knight incident.

Now this is something I want to see, regardless of whether it is one of the Batman Arkham settings or not. The Dark Nights: Metal comic book event is a very recent crossover that really rocked, for lack of a better descriptor. It explores what would happen in a much darker and higher stakes Dark Multiverse – a little comic book storyline none of the games wanted to touch upon.

In the Dark Nights comic book series, we get to see how the superheroes of earth go up against their Dark Multiverse counterparts. In Dark Knights: Metal, various evil versions of Batman invades Earth and threaten to collapse the entire Multiverse as a whole. I would love to see Batman take on the likes of The Batman Who Laughs, Devastator, and perhaps even the Red Death, in an all-out bout that adequately takes the Arkham franchise to the next level after the incredibly (and literal) game-changing events of Arkham Knight.

BATMAN: NIGHT OF THE OWLS

Of all the Batman Arkham settings the franchise should explore next, the Court of the Owls seems the most likely, especially after recent rumours and teasing on Twitter. While I have no idea how it would tie into the end of Arkham Knight, I can see how it directly follows on from the events of Arkham Origins. I know, bear with me. Arkham Origins is widely accepted as the weakest game in the franchise, purely because Rocksteady was not involved in its creation. However, now that Rocksteady has openly stated how they are done with the Arkham franchise, it would only make sense for the series to fall back on the developers who were responsible for at least one of the titles. Who knows, maybe they have learned a lot since 2013?

Regardless of what people may think, having a younger, Not-Entirely-Day-Zero Batman go up against the formidable Court of Owls would make for an excellent romp in Gotham. During this storyline, we see the Dark Knight go up against the Court, who’s elite guards, the Talons, are formidable warriors who would stand up to the likes of Ra’s Al Ghul’s finest elite. In this story, they vow to destroy all that Batman stands for, which ultimately means they get to the extended Bat-Family as well. What drama!

Now this one is very unlikely to be one of the new Batman Arkham settings, but here goes: Frank Miller’s The Dark Knight Returns. This story would not only make the most sense in terms of where the game should go next, but also in how they would explain literal decades passing from the moment we see Bruce Wayne for the last time in Arkham Knight.

Technically, The Dark Knight Returns is set in an alternate storyline where we see a dystopian Gotham. It is a timeline where the Dark Knight has been gone for years, but he emerges once more when an immeasurable threat proves too much for the police to handle. I would love to see a Gotham, twenty years after the events of Arkham Knight; somewhat grittier, darker, and nothing but a shadow of its former self, be besieged by some entity who we know nothing about. In this take, the police are once more Batman’s enemy as he fends off returning golden age villains, which eventually culminates in a showdown with Superman, who is working on behalf of the government.

Here is one of the Batman Arkham settings I thought we would see for sure in some expansion back when I finished Arkham Knight in 2015. My reasoning behind this is because of the very nature of the Batman: Endgame story, which occurs during the aftermath of a gas attack by the Scarecrow. During this event, the entire Justice League is infected with a very powerful strain of the Joker Toxin, and the entire League starts to hunt the Dark Knight down.

It would be an insane, yet exhilarating, story to see how the events of Arkham Knight have led to something to this effect. In the game, we know that Bruce has had dealings with other heroes. Similarly, we also know that Arkham Knight only takes place over one night (as with all games in the franchise). Batman: Endgame would merely be a continuation thereof – the following night! The events also explore the possibility of Joker’s return, because of this insanely infectious gas. It would be interesting to see how one of the League turns into Joker before Bruce’s eyes, and how he is forced to come to terms with his new reality.

Whether the series does explore the Court of Owls story, or whether it is an entirely new take on The Dark Knight Returns, remains to be seen. Whatever Warner Bros. Montreal decides to do, one thing is certain: fans will likely love it – myself included. I cannot wait to return to Arkham in some form, and any of the Batman Arkham settings above would make my year.

What do you want to see next for the franchise? Got any ideas, throw them our way!