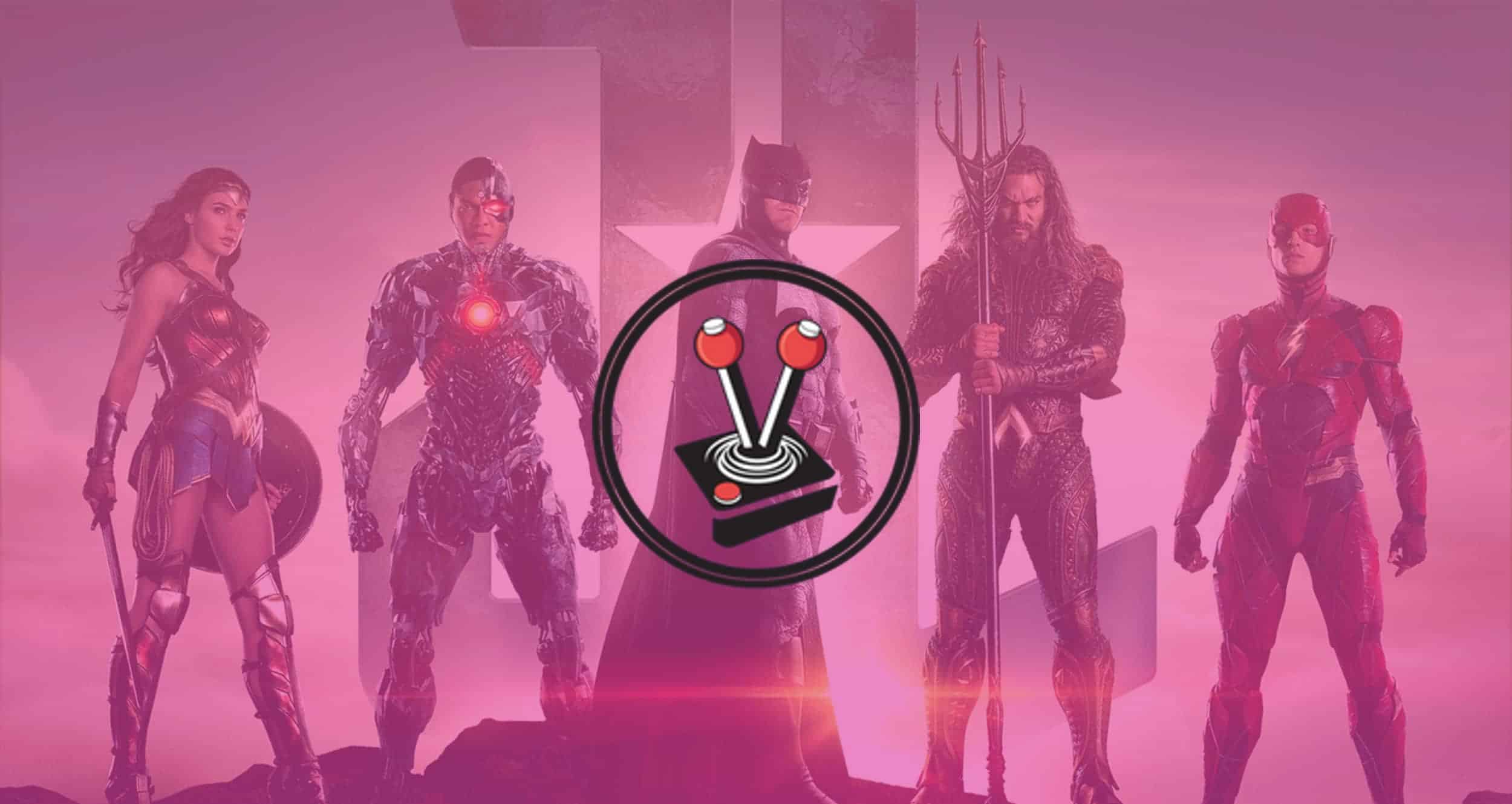 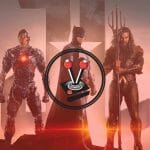 While the Marvel Cinematic Universe chugs out constant hits at the box office, the DC Cinematic Universe is doing its very best to try and catch up. This is particularly evident in Justice League, the first live-action superhero ensemble film from DC. As such, the film rushes through what should have been solo movies and brushes the dust off with humour. Similarly, it contrasts director Zack Snyder’s dark and gloomy universe with that of Joss Whedon’s light-hearted and flighty humour. The good news, is that it works. At least in my opinion.

Earlier this year saw the release of Wonder Woman, the first DC live-action film to be a hit with both critics and audiences alike. Knowing this and taking full advantage of the major plot points featured within, Justice League acts as a sequel to Batman V Superman. This may sound like a cop-out in many ways, but in the end, the film manages to get the story right.

Right at the start, the audience is treated to the words “SUPERMAN IS DEAD” printed in bold newspaper headlines. We then get a sombre look at what has happened to the world since Superman’s death, and it is not a pretty picture. 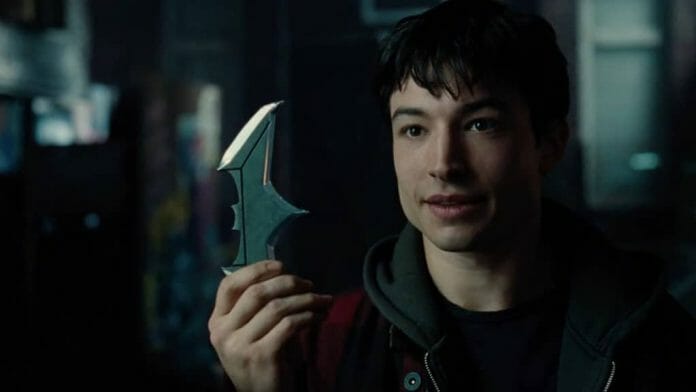 After a slow start, the movie then opens up with the ever-brooding Batman (Ben Affleck) tracking down a robot-zombie ‘bat-like creature’, called a Parademon. Batman does this in the most Batman way possible: scaring a thug… all to the tune of Danny Elfman’s original Tim Burton Batman theme. This was a nice callback to the very first Batman movie, and a decent way to strengthen the future Easter eggs laden within the film.

Much of Justice League follows Bruce Wayne and Diana Prince as they attempt to assemble a league of extraordinary heroes. The idea is to form a group of people who are able to stand up to the threats that Batman cannot handle alone. The early parts of the movie play heavily on the subject of aliens and how society envisions them. Superman, of course, was an alien and people are afraid that his death means the loss of all hope against other galactic enemies. With the impending threat of aliens invading once more, and no one to stop them, what can the world do?

The question above is what drives Bruce Wayne. Well, that and the guilt that he might have had a role in Superman’s death. Together, Bruce and Diana track down three individuals with powers: super bro and protector of the seas, Arthur Curry (Jason Momoa), the “fastest man alive” Barry Allen (Ezra Miller); and the world’s sulkiest version of Cyborg I have ever seen, Victor Stone (Ray Fisher). The hope is that, together, they can stand up against Steppenwolf (Ciaran Hinds) and his fear-eating parademons.

Steppenwolf’s intentions are to hunt down three “mother-boxes” — ancient containers of pure energy. These containers, if joined together, can transform the world into a hell-scape. However, in ancient times, Steppenwolf’s plans to turn Earth into a hell-scape were thwarted. This resulted in the mother-boxes being hidden from sight for thousands of years by the Amazonians, Atlanteans and Humans.

In terms of backstory, we are treated to some decent exposition. Well, half decent. In acts one and two, Steppenwolf invades Themyscira and Atlantis. Here, he battles the collective locals and has a genuinely hard time getting to the mother-boxes they guard. Oh, wait. This is only true of the Amazonians, and not so much the Atlanteans. 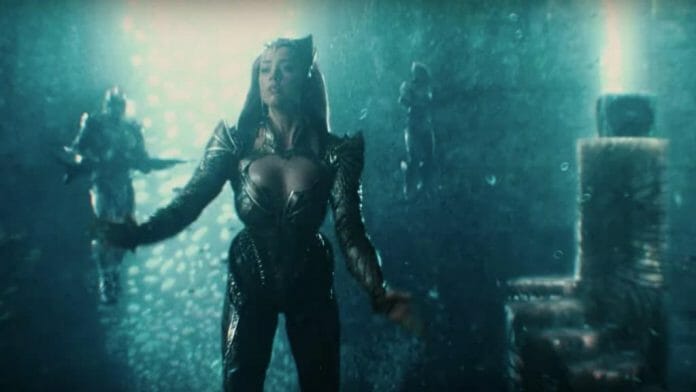 During the Themyscira scene, we are treated to an epic battle that ends with a huge army of Amazonians rushing to stop Steppenwolf. It is of course cut short by his immediate departure. Fortunately, not before the audience is treated to a huge fight, a chase scene on horseback, and another supposed heartfelt moment. Much of this is, no doubt, in response to the popularity of Wonder Woman. This is great. Perhaps a little too great.

When Steppenwolf invades Atlantis, his parademons do not follow (probably because they still need to breathe?). This is fine until you see that the Atlanteans apparently did not take the mother-box they were entrusted with as seriously as their female warrior counterparts. The fight scene that ensues is serviceable, but you cannot help but ask questions like: where are the rest of the Atlantean warriors? Why is this short scene doubled as Arthur’s backstory (which was literally brushed over in a quick conversation with his sister)? There is no question that Aquaman was one of the coolest characters in the movie, but at the same time also portrayed as the weakest.

Throughout this time, we get quick glimpses of Diana attempting to get Victor/Cyborg to open up and join the team; whereas Barry/Flash joins the team pretty much immediately. The Flash’s backstory, however, comes from a single scene in which he talks with his father, and a conversation between Bruce and Alfred (Jeremy Irons). This serves as enough context for the kind of character that he is. His dad was framed for killing his mother. Barry keeps off the grid unless he visits his dad and has powers. That is enough.

What is not enough, however, is the lack of Victor’s development. For a character that ends up having one of the most integral roles in the plot, he simply gets a passable “because a bad thing happened”. Literally. To be fair, it is explained that the mother-box is what gave him his life back, so-to-speak. We are also given a brief insight into who he is, and what his motives are. However weak his backstory is, I do feel like it lent quite nicely to a punchline later, when Barry quips how they are the “accidents”. Hey, at least the Justice League movie is self-aware, even if it uses humour to sugarcoat a lot of its flaws.

Tell me, do you bleed?

Before I continue, I will preface that the next few paragraphs may be considered as spoilers for Justice League. To be fair, the name of the character in question is on the poster and in the opening credits. With that said, however, I will also speak of one scene that I feel fits the character perfectly, in what was otherwise a lacklustre performance. Still here? Okay!

There is no doubt about the fact that Bruce has guilt over what transpired in Batman V Superman: Dawn of Justice. As a result, he seeks to create a league worthy of Superman’s blessing. He also seeks ways to be a better man. As such, he opens up to more people, and attempts to not be an asshole… all of the time.

When it is revealed how Cyborg came to be, however, Bruce has a plan to bring back the Man of Steel. Only Cyborg initially agrees to go along with the plan. Long story short, the team wakes up Superman, and boy is he not happy. This is the part where we see Henry Cavil’s best performance yet, as Superman. 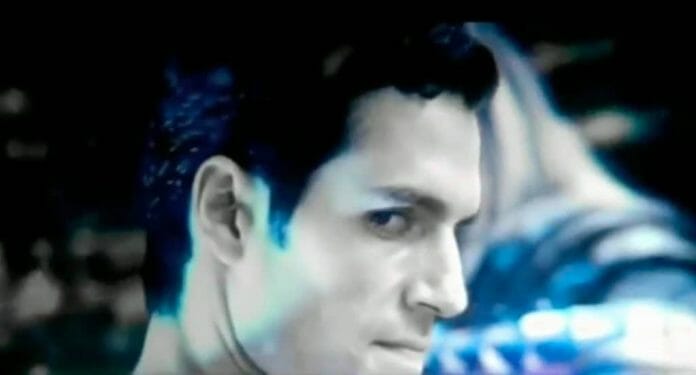 As he returns, he is filled with anger and confusion as to what has transpired since his death in Batman v Superman, and why has he been brought back?! Given his confusion, it is only natural that he would lash out. Since Cyborg is still struggling to contain his abilities, he ends up being the first of Superman’s punching bags. Naturally, the others are not going to stand for it.

So when Wonder Woman and Aquaman get in his way, all hell breaks loose. Flash also tries to help, but we all know that Superman also has super speed. Barry Allen did not. The look on his face was brilliant when Superman proved to be quite the match. While Hans is currently penning an amazing opinion piece on what could have been, I will merely say that Superman’s evil shone through for five minutes, and it was simply superb (it was also Hans‘ favourite part of the film… the only bit he actually liked).

I hear you can talk to fish

Apart from what could have been, and my reservations about Victor and Arthur, I do feel that both Bruce and Diana were strong characters. Some of the Vamers crew think this was Ben Affleck’s weakest portrayal of the dark knight. They are correct, I will say that much. I do however think it is attributed to the fact that he is meant to be a broken, old man. He may not look it, but he alludes to exploding wind-up penguins during the ‘simpler’ days. Similarly, Commissioner Gordon (J.K Simmons) talks about how Batman has fought bad guys for twenty years. Bruce is an old man. He is jaded. He even admits that Clark is much more human than he is. 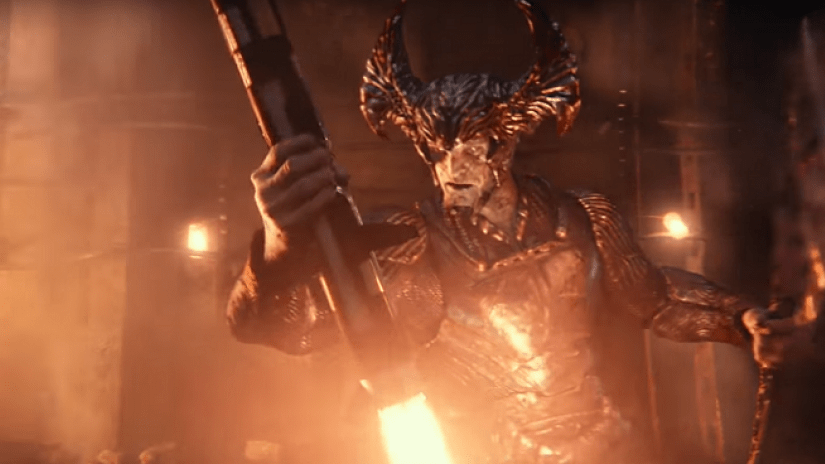 In addition, I feel that Diana was an excellent part of the film. This is, of course, thanks in large part to the fact that she had an entire movie dedicated to shaping her as a character. Justice League insists that not much has happened in the 100-odd years since World War I, and the movie owns this to the extreme. Her entire character is based on what transpired in the Wonder Woman movie, and how she withdrew for close to a century after the death of her first love. This then becomes the argument for her not being a superhero in her own right, according to Bruce. Although I thought this was great, Hans is of the opinion that this cheapened Diana as a character and that this ‘arc’ was shoehorned in because of the popularity of her solo film. I disagree, and I think it worked quite well.

Alas this did, of course, leave very little headroom for the supporting cast. Amy Adams played the role of Lois Lane as well as her ten-or-so odd minutes of screen time allowed. So did J.K. Simmons and, personal favourite, Diane Lane. While they had little time to shine, they each did a fantastic job. Even Jeremy Irons played an incredible part in the film. After all, Alfred is half of what makes Bruce Wayne the Batman.

All in all, Justice League is a fun movie about the origins of the famous DC Superhero crew. A few things could have been better, like better exploring and fleshing out the leading cast more. As such, these caveats ultimately set the film back from being a great superhero ensemble movie. Look, it was not all bad. The great humour and good chemistry made for a pretty decent experience. Performances were great all round, but lacking character development impaired the audience’s ability to care for the characters in the way that they do in Marvel films.

While I am not one to watch movies more than once in cinemas, I did with Justice League. Once, courtesy of Vamers and Xbox South Africa, and a second time with my significant other.

Overall, Justice League a decent movie. It is serviceable for fans of the DC universe, but it could absolutely have been better, and it was merely good in parts where it could have been great. In my opinion, it is the kind of film that might be worth skipping at the theatre, but is worth owning for a personal home theatre experience; especially to enjoy those battle scenes again and again.