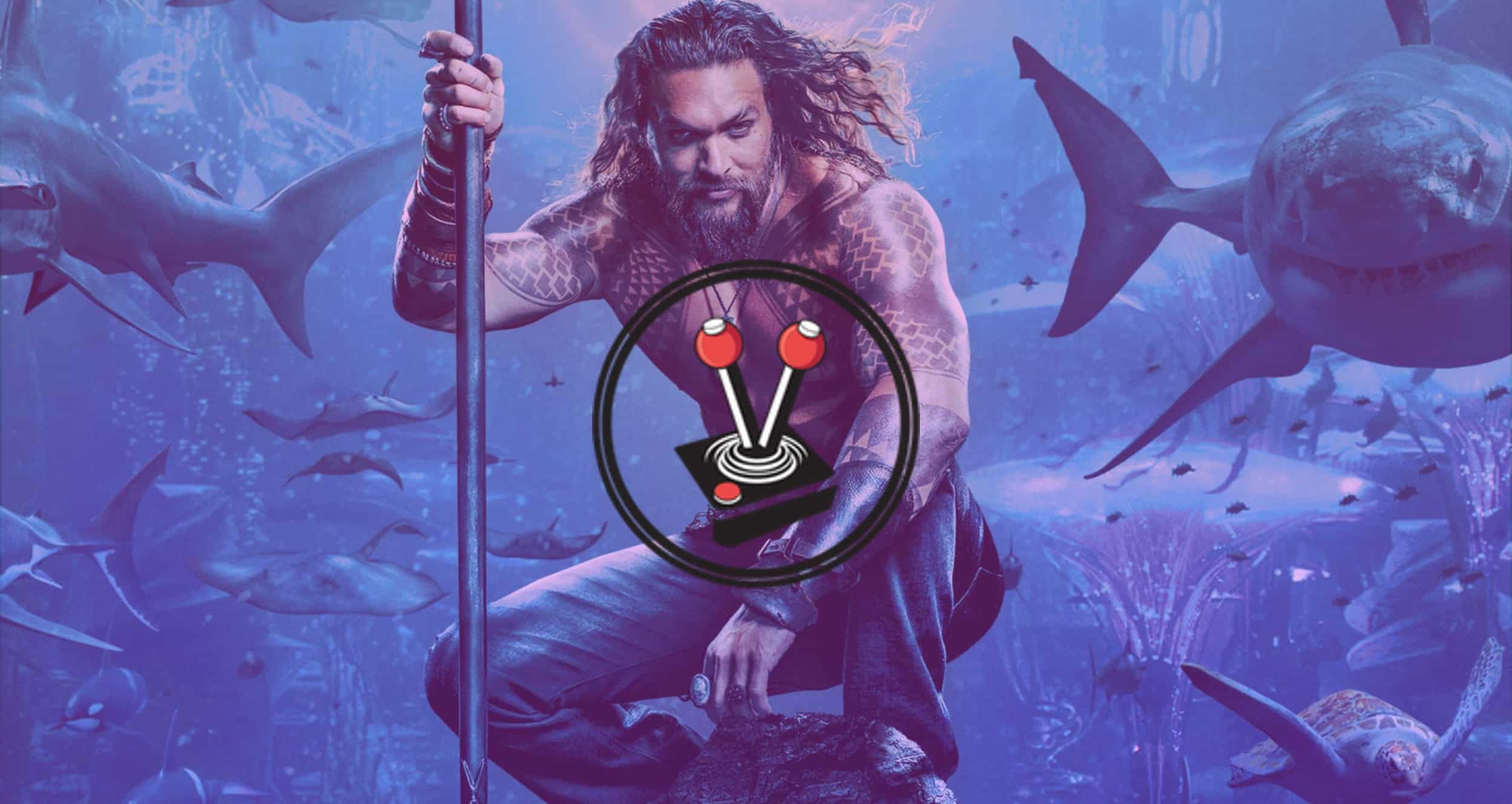 When DC Comics’ Justice League live-action film was announced back in 2014, I think very few people had any hope that the movie would be good – let alone half decent. The news was barely cold, however, when it was revealed that everyone’s hottest Dothraki Prince would take on the role of a live-action Aquaman. 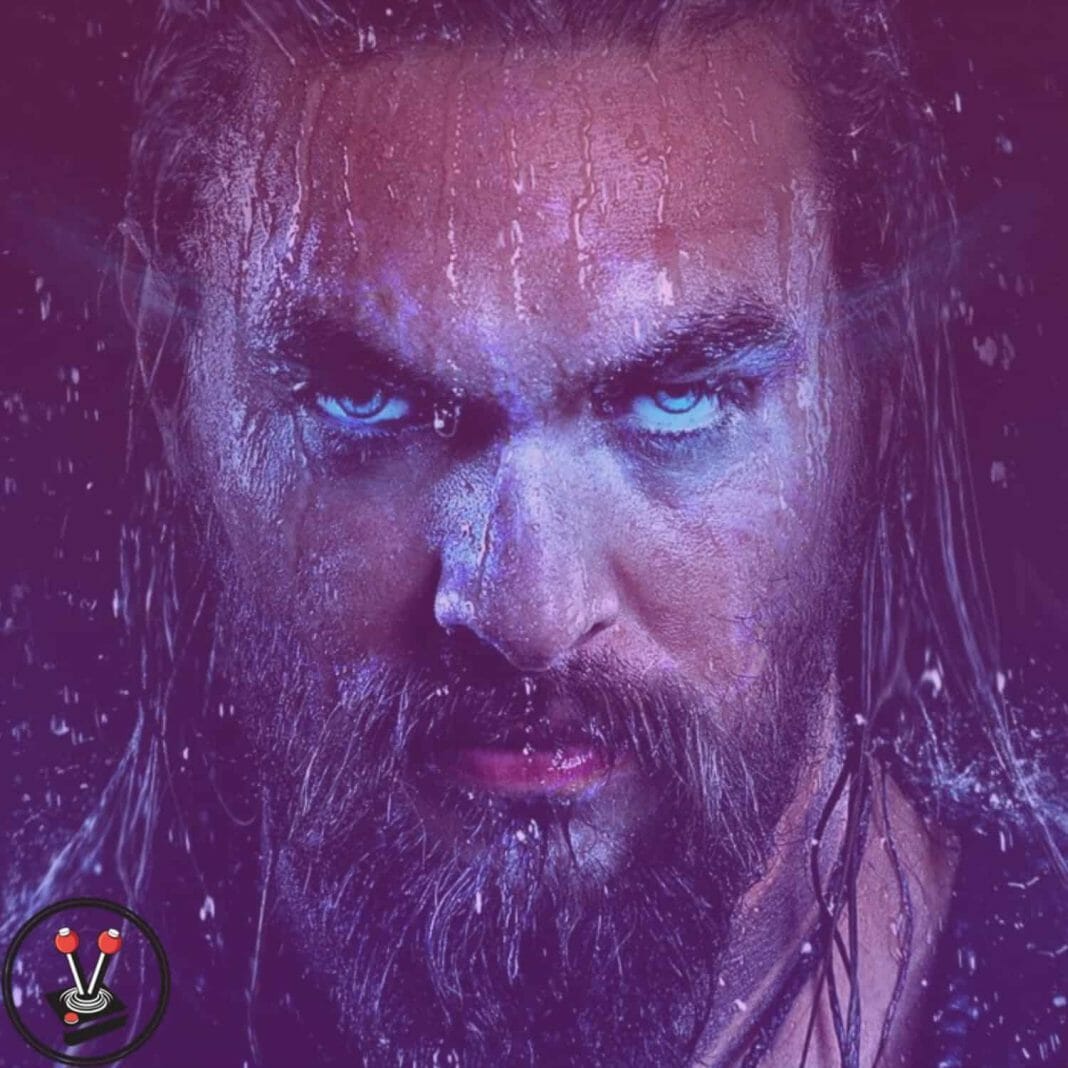 Critical assessments aside of the live-action DC Comics universe, the two best things to come from the Justice League film are Ben Affleck’s incredible portrayal of the Dark Knight; and Jason Momoa’s equally unforgettable portrayal of Aquaman. Thanks to the way Momoa lives himself into the role, this version of Aquaman is quite different to what many people expected. However, he has quickly become one of the most beloved versions of said watery character. Momoa’s Arthur Curry has also received quite the reputation as a proper “bro”. Aquabro to be precise. More so than the well-mannered version that meme culture has adopted in recent years. With that in mind, and with Momoa’s very own Aquaman movie now in theatres; I thought that I would have a bit of fun with this one.

Jason Momoa’s Aquabro, lives himself into the role of a proper “homeboy”. He famously exclaims “yeah!” as Batman catches him with his batmobile in Justice League; and is not afraid to down an entire bottle of vodka (or was it rum?). He is also happy to solve problems the easy and old fashioned way: with a pair of fists. The songs in this edition of Playlist will draw from all of these facts. So you can expect tunes that will make every bro you know fist-bump, rock-out, or otherwise get a bit of a beat going in their step. This is the quintessential Aquaman playlist, one that is perfect to also bring in the new year.

There is no better way to introduce the manliest, most bro-fisting playlist of them all, then to open it up with a song about one of the best male grooming brands out there. The fact that the song was also created for the ‘manliest streamer’ of them all, is icing on the cake.

Jason Momoa’s Arthur Curry is the king of bros. That much is evident in pretty much every single second of airtime the man can get. However, as much bro as he is, he also keeps himself groomed. After all, there is not a single strand of hair anywhere on his body, but his face (that we know of). I like to think that he fist-bumps to this song while he looks at his hot body in the mirror. Shaving and plucking every hair from his otherwise perfectly chiselled bod.

In terms of “ultimate tune to save the world to with your best bros” there really is not a better song than the one featured in the first official Justice League trailer. Sort of. This version of Come Together may not be exactly the same, but it is very much the Aquabro version with those mid-song riffs and general beat-inducing rock vibes.

“Good to be good looking ‘cause he’s so hard to see!” is perhaps the strongest line in any version of this song, and it fits our beloved Aquabro so well. Arthur Curry is not only the best looking dude in the entire Worlds of DC live-action universe, but he is also the most ninja of them all. Yes, even more so than ol’ Bats. Imagine taking a swim only to get smacked over the head with a trident as this song plays off in the distance. Not a good time for you, bro. Good time for the rest of us though.

Drugs are bad, man! This song will forever be imprinted into my mind as the song that defines another film, Trainspotting. However, there is no denying that it is also one of the most headbump-inducing tracks of all time. Thanks to its well-paced beat and light bass mids that evolve into an all-out trance hit midway through. The Reincarnation Edit, by Andrew Meller, might not be the original Underworld song from Trainspotting, but it by far the most fitting version for our favourite Sea King.

We all like to dance the night away every now and then. Something tells me that Aquabro has danced quite a few nights away while high on booze and life. This 9-minute some is a perfect opener to nights like that. I can already see Momoa’s Arthur Curry get on stage, all wet and wonderful-like, as he grabs a mic and howls “Mega Mega White Thing” into it over and over again.

There is nothing that can get a frat house pumping as much as repetitive hip-hop beats and a continuous electronic guitar riff. This remix, by the Micronauts, includes a few extra electronic beats that transform the song from a normal beats track to one that would fit right in with the Jersey Shore gang.

Ah yes, the Jersey Shore… I still remember obsessing over how dumb they looked, in their overpriced bathing suits and unnecessary fake tans. With that said, Pauly D remains quite the bro to this day. Such a bro, in fact, that it he might just be one of Curry’s best party buds. I can already see the two dancing the night away while this remix comes on in the background.

5. Pump it Up – Paul Oakenfold

As Block Rockin’ Beats come to an end and the crowds die down, thinking that the festivities are over, Pump it Up starts blasting over the speaker system. The floor then reignites with passion. Pump it Up must be the biggest party song when I made it through high school, and it remains quite the fist bumper today.

Not only does it feature Paul Oakenfold, one of the better DJs of the time, but it also features fist bump-inducing lyrics. Words that are simple, powerful commands that would get any crowd riled up and ready for some beats! In the movie, Aquabro launches off a vehicle commandeered by Batman, catches a Parademon mid-air and dunks the thing into a multistory building, using it as a pillow as he breaks through all the floors. Imagine this song playing right as Aquaman steps out of that building, in good health. If that does not pump you up, nothing will.

Blink 182 remains one of my most influential musical groups of my teens, and I am pretty sure it is the same for millions of others – including a growing Arthur Curry. Adam’s Song is one of the group’s more emotional songs. While not exactly a fist-bumping song, I fondly remember attending a sleepover with total strangers, and this song brought us together as we all sang it aloud.

While he is a bro, and the King of the Sea of all things, it is hard to see how Arthur Curry would have made it through his childhood without some time out between friends. Singing songs like this all night long.

As a personal fan of Saves the Day, I was sad when the group pretty much vanished off the face of the Earth. Imagine then, my surprise when they dropped both an announcement for a new album, and this song, in the same day. Rendezvous is a sombre rock ballad about how beautiful life can be, and how great is is when you have friends to enjoy it along with you.

When all is said and done, all bros need to take some time off from the partying and the parademon killing, and just enjoy the time they have with the ones that would not leave them out to dry. I imagine Aquabro asking Alfred to put on this beautiful jam as things die down around Bruce’s mansion. The very same one that is being rebuilt for the Justice League.

After the founding members of the Justice League part ways (for now), and Bruce closes the doors to the mansion, there is no way that Arthur walks away in silence. No. Instead, this song likely plays on the little feature phone in his back pocket. I can just imagine Momoa’s character turning around and give Bruce a sexy wink before turning back and continuing on his journey.

Harder Better Faster Stronger not only works as a fist-pumping track to beat to, but also as an anthem that screams “look at me, and be in awe”. Sure, the song might be all about bringing that party back to life, but it also fits with Arthur’s return to Atlantis.

During the events of Justice League (2017), Aquabro heads back to Atlantis to get the trident his lineage owes him, and in the process learns of the Steppenwolf and parademon threat. Harder Better Faster Stronger acts as the perfect anthem for an Aquaman that returns home after Steppenwolf is dealt with, and the real work begins: stepping up as the true King of the Sea.

What better way to end this edition of playlist, than with the original stadium fist-bumper. Zombie Nation was one of the biggest techno tracks in the 90s, and skyrocketed in popularity when the Los Angeles Dodgers, Seattle Mariners, and Boston Bruins all adopted the song during their victory plays in the United States.

Ending it off on a high note is always best. It is very much the Brolife thing to do, after all, and you cannot get a higher note than this. Jason Momoa’s Aquaman is one of best surprises out of 2017’s Justice League. The character exudes warmth, strength, and a sense of passion that fellow actors only dream of accomplishing. I cannot wait to see Aquabro become a proper, fleshed-out character once people get to see his own movie in local theatres. 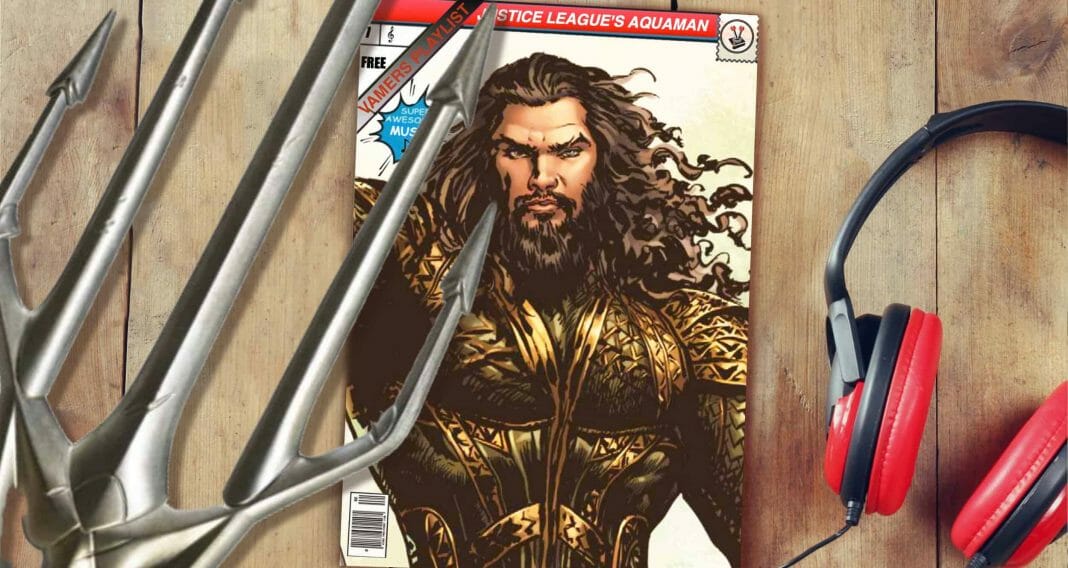 There you have it, folks. You have successfully fist-bumped and rocked through to the end of our playlist. All songs listed above are in a Spotify Playlist up top for your convenience. Many of the songs feature upbeat ballads, riffs, and a whole lot of bass. It is our essential Justice League (2017)’s Aquaman playlist, after all!

Do you agree with our song selection? Have you heard something you dig yourself, or something that you think should not be on this list? Whatever the case may be, remember to check back for a new Playlist every second week.