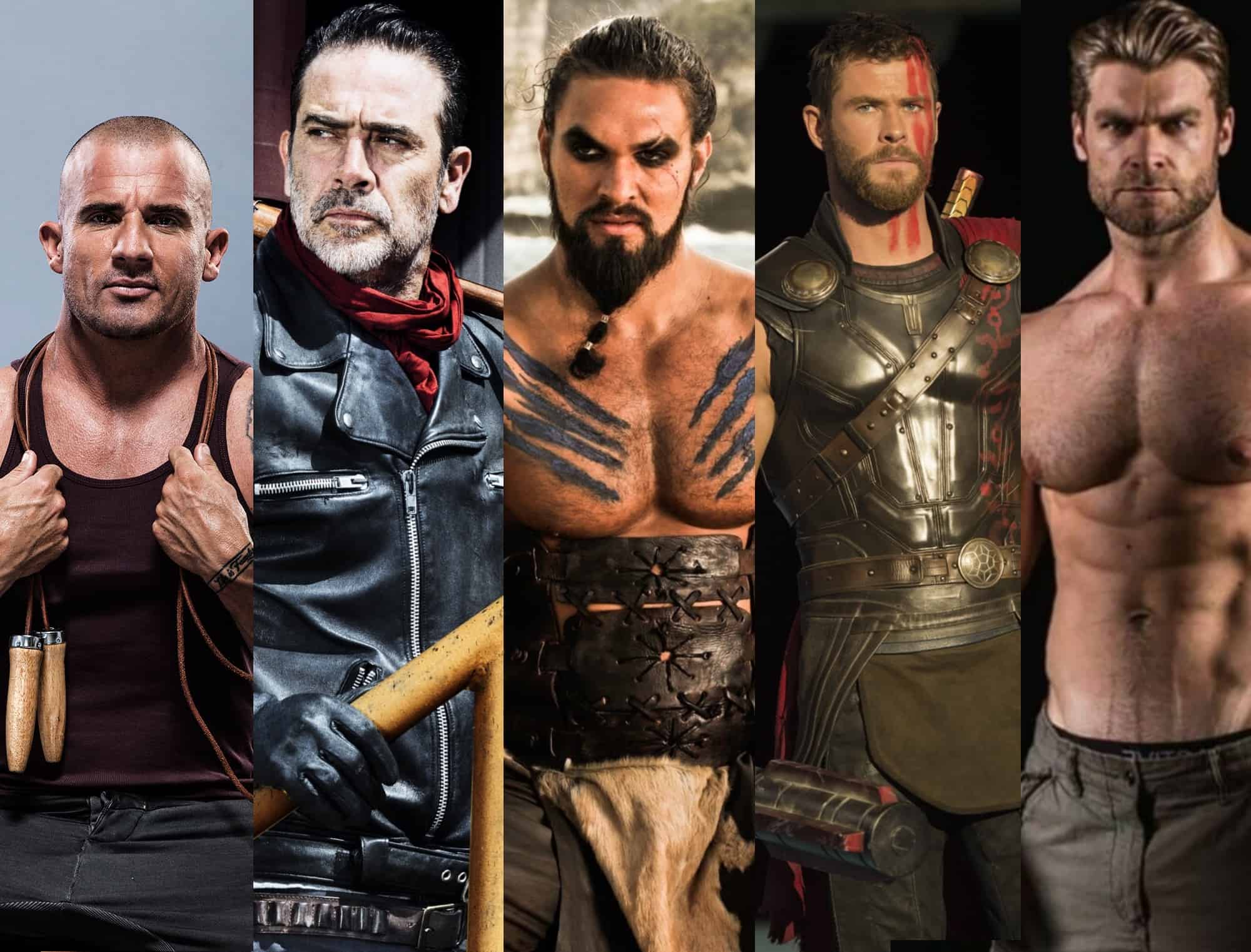 Video game to movie adaptations are a dime a dozen. Despite often being poorly done, fans across the world continue to clamour for good adaptations of beloved franchises. One such property that many would adore to be translated to the silver screen is the story of Kratos via a God of War movie.

God of War is a video game franchise that is loosely based on Greek and, in the most recent release, Norse mythologies. It deals with the life, trials and tribulations of Kratos, a demigod and son of Zeus, who constantly tries to change his fate. He has often been portrayed as arrogant in nature, with a violent temper. Traits that are often expressed alongside his strong desire to avenge the death of his family. Subsequently, he is often seen engaging in morally ambiguous activities and performing acts of extreme violence. Despite this, Kratos does also have an endearing side, one that is further fleshed out in God of War (2018). Given the traits most often associated with Kratos, he is often portrayed as a bald, large, very muscular and incredibly powerful male figure.

With the above in mind, I set forth to find five actors who I believe could portray the virile manliness and emotional range that personifies Kratos in a God of War movie. Having said that, finding large hulking actors to portray Kratos is easy enough. Finding ones that can act, however, was quite a challenge. As such, the criteria for selection included how closely the actor might resemble Kratos’ likeness, have a height equal to or greater than 1.88 m (6’2″), and, most important of all, should be able to act (with preference given to more accomplished actors). 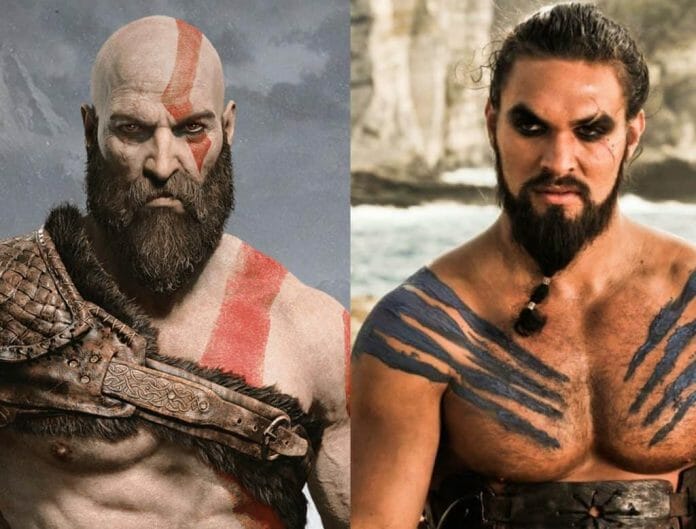 Without a doubt, and based on looks alone, Momoa is my top pick for the likeness of Kratos. Not only does the Kānaka-American actor, model, and producer have the body and stature (1.93 m) for Kratos, but he also has the acting range to pull it off. From his aggressive no holds barred roles in Conan the Barbarian (2011) and Game of Thrones (2011), to his humour in Justice League (2017) and more subtle and emotional performance in Sugar Mountain (2016), Momoa is a near perfect package for embodying Kratos in a God of War movie. 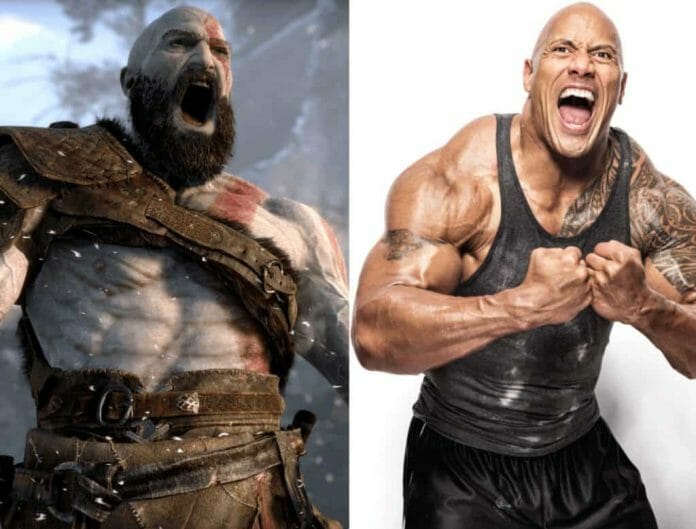 The Rock is most likely the most recognisable person on this list. The once World Wide Wrestling wrestler, turned actor, has starred in a vast number of movies and television series as both his wrestling persona and as film appropriate characters. Not only does he have the musculature and size (1.96 m) to embody Kratos, but he also has the emotional range that would befit the character in a God of War movie. From all out action in films like Hercules (2014), San Andreas (2015) and Fast and the Furious, through to lending his humour and voice in animations like Moana (2016), through to showcasing his dramatic acting ability in the television series Ballers (2015), Dwayne Johnson has what it takes to portray Kratos in a live-action film. 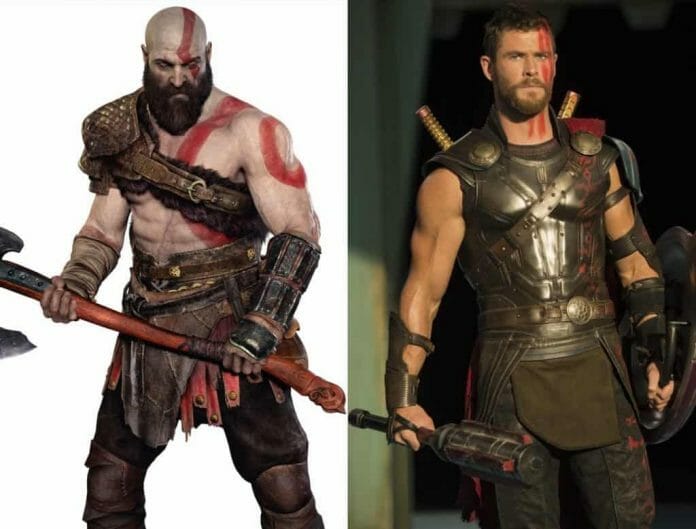 Most well known for his portrayal of Marvel’s Thor, Chris Hemsworth has quickly risen in fame to become one of the most popular and sought after actors in Hollywood. Although he will forever be synonymous with Marvel’s god of thunder, there is no reason why he would not be able to assume the role of Kratos in a God of War movie. After all, Kratos is yet another god with Norse lineage. Hemsworth’s clearly has the physique, height (1.91 m) and beard for the role. However, it is his acting talent that sets him a part from the pack. With roles ranging from all out action in Marvel’s Thor and Avengers movies, through to embracing his funny side in Vacation (2015) and, most importantly, proving that he has the nuance for emotionally driven narratives in films like 12 Strong (2018) and Rush (2013); it is clear that Hemsworth would be more than capable of doing justice to Kratos’ character. 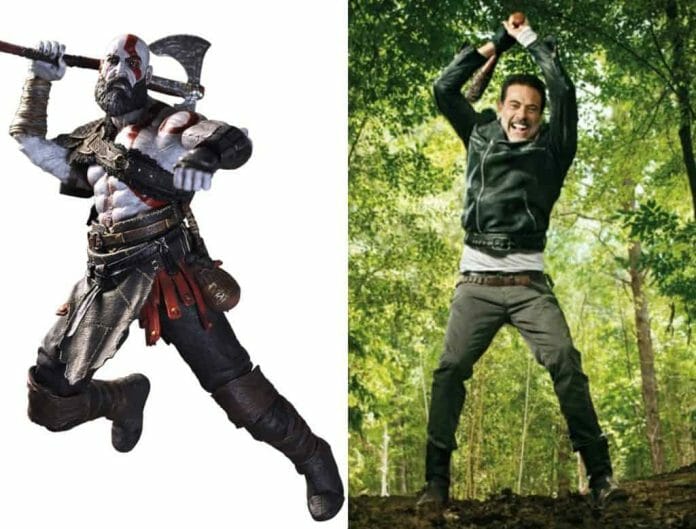 Given the older and wiser appearance of Kratos in God of War (2018), it would make sense for someone like Jeffrey Dean Morgan to take on his character. Not only does the actor have the rugged and older look of the ‘new’ Kratos, but he also has the deep spine tingling voice that the character is known for. Although Morgan would obviously have to pack on some muscle for the role, I do think he would be able to personify the character quite well. Especially if his arc on The Walking Dead (2016) is anything to go by. Although most well known for his roles on television, Morgan’s acting repertoire ranges from being an unforgettable love interest in Grey’s Anatomy (2006) and The Good Wife (2015), through to all out action in Hollywood blockbusters like Rampage (2018). 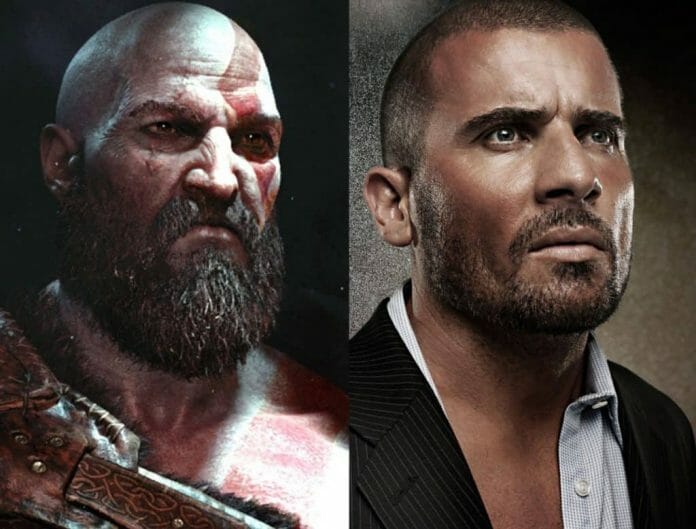 Dominic Purcell became a household name when the ground breaking Fox series, Prison Break (2005), first released. Since that time, the actor has starred in a variety of television series, namely The Flash (2014) and Legends of Tomorrow (2016). He has also appeared in a variety of blockbuster films like Mission Impossible II (2000), Blade Trinity (2004) and Killer Elite (2011). Purcell has the look, height (1.88 m), build and, of most interest, the voice of someone who could be Kratos. Although his skill as an actor may not be as nuanced as others on this list, I do think he could pull it off if given the opportunity. 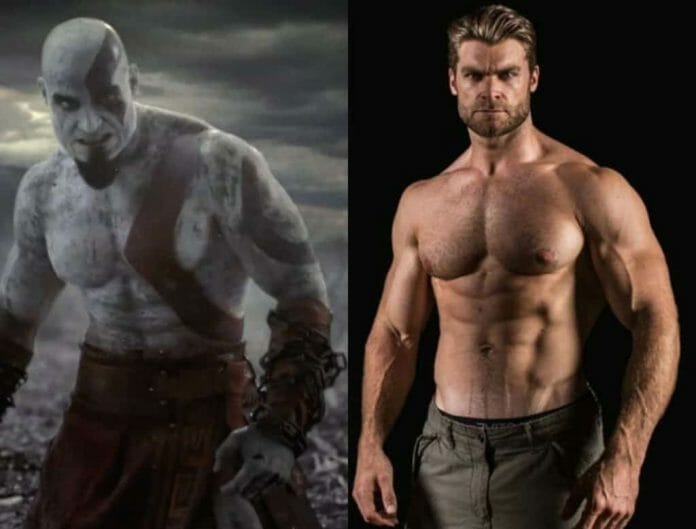 Most people may not be aware of fitness enthusiast, Brandon White. What makes him special, however, is that he is the only person on this list to have already worn Kratos’ Ancient Greek sandals. For those who may not know, White was cast as Kratos in the live-action trailer for God of War: Ascension. Given his height (1.88 m) and incredible physical stature, not to mention handsomely rugged features, it is understandable that he was selected to embody Kratos. Although White and his brother are most well known for their YouTube channel Buff Dudes, he has taken part in some short films. With that said, everyone needs a big break at some point, right?

Other notable mentions for the role of Kratos include Christopher Judge (who actually voices the character in the newest game), Michael Clarke Duncan (honestly, he would have been perfect as Kratos if he was still alive), Nathan Jones (who is the right height and size, but falls short in the acting department), Vin Diesel (great look, build and voice for the character, but is too short), Stone Cold Steve Austin (wrestlers are the perfect fit for the role, if you exclude acting ability), and last, but not least, Manu Bennet (great physique and look, but is also a bit short for the role).

Do you have any other suggestions for actors who could take on the role of Kratos in a God of War movie? If so, let me know in the comments.