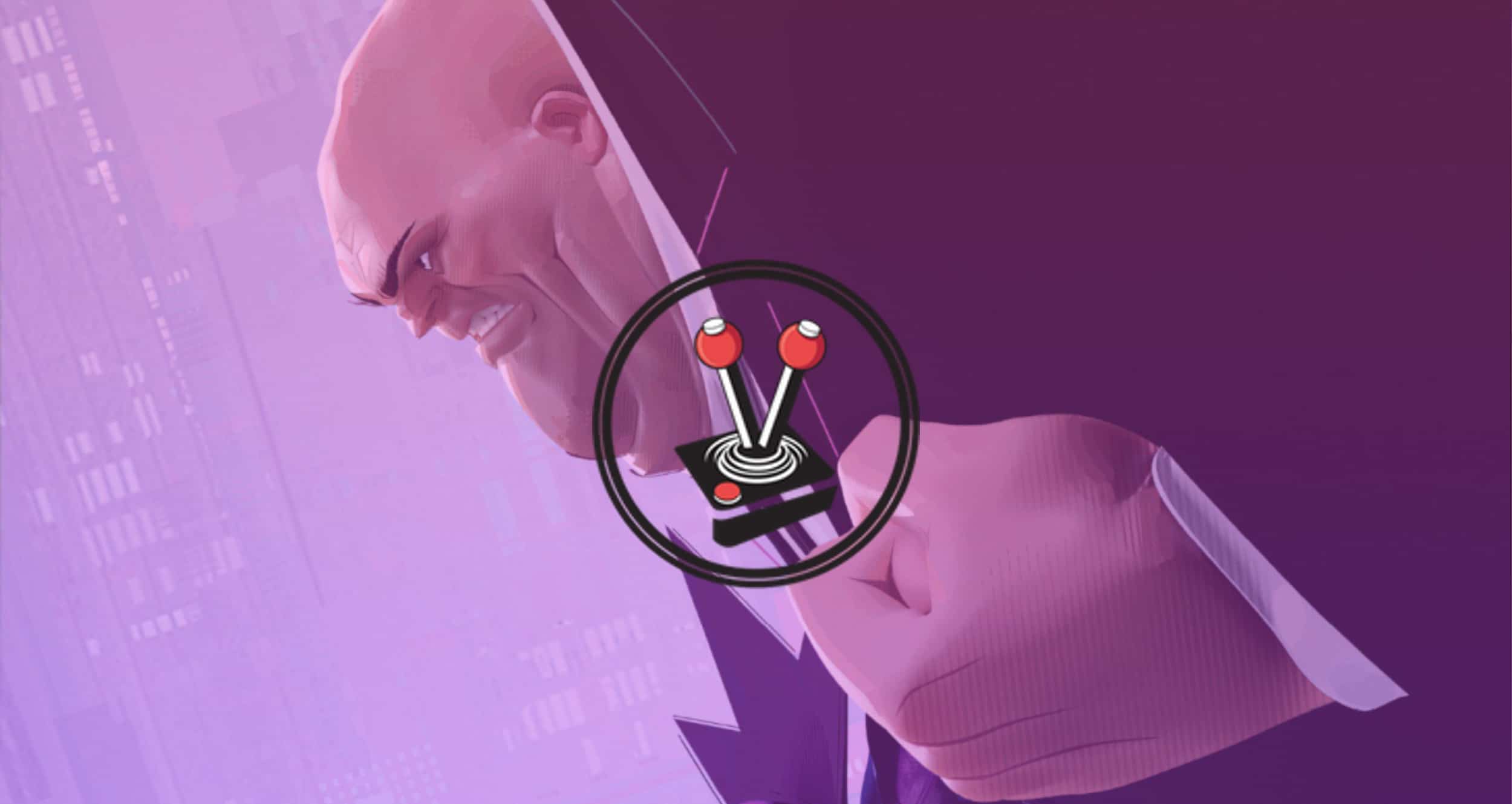 Kingpin. We all know the name. The original villain who constantly sought to see Peter Parker’s demise. Over time, Wilson Grant Fisk has become less of a concern to Spider-Man, and more of a pain in the side for Daredevil. Either way, he is one of the deadliest, strongest and most well dressed villains in the Marvel Comics Universe. A villain who absolutely stole the show in Spider-Man: Into the Spider-Verse (2018). 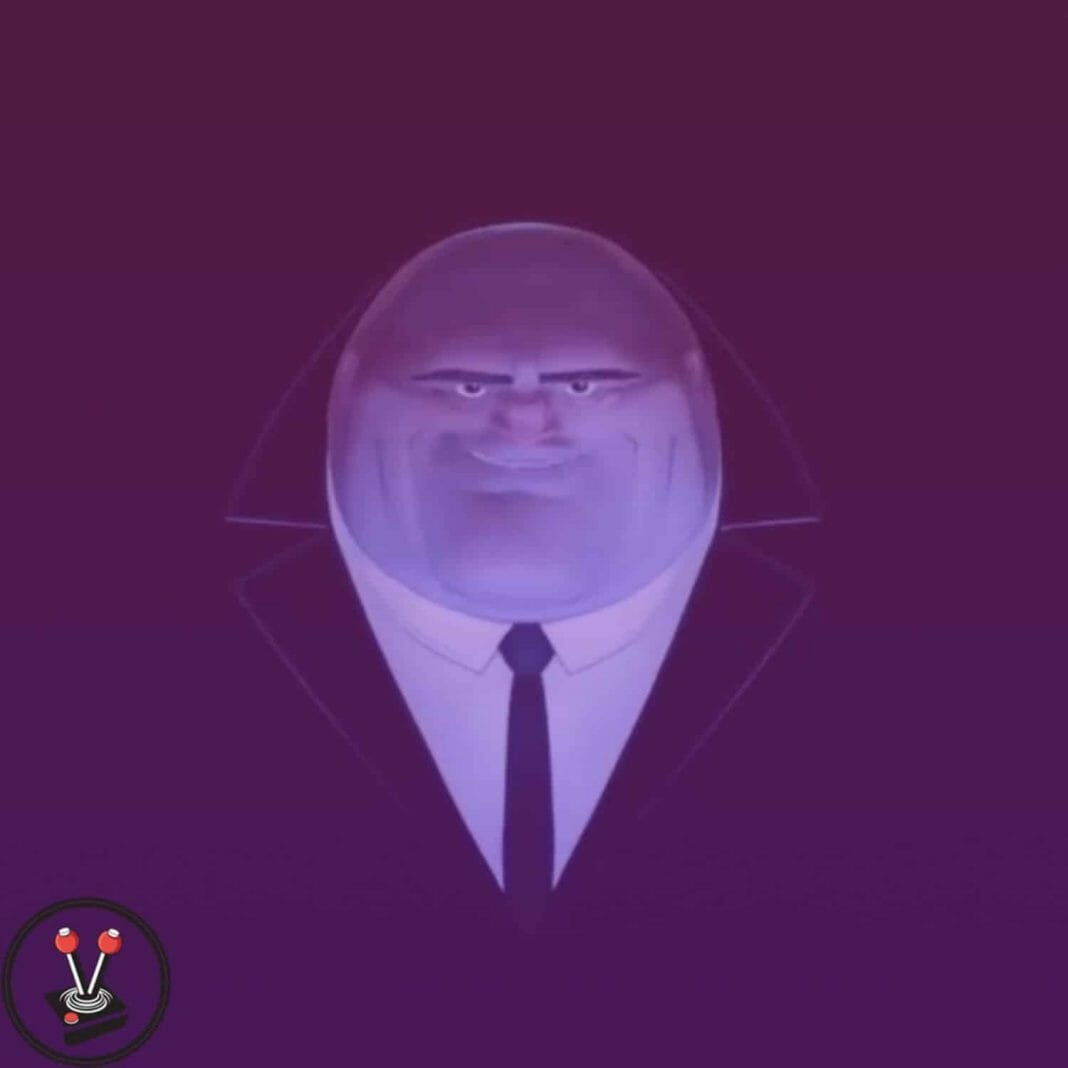 The Into the Spider-Verse’s Kingpin is the focus of this particular playlist. As such, this version of the character is from Miles Morales’ universe. Although the crime boss is unmistakable, given the nomenclature he goes by and his incredible size, there are several differences between the Kingpin many are familiar with and the one that pushes the narrative forward in Into the Spider-Verse.

For starters, this version of Fisk forgoes the crisp white suit for a menacing and, equally clean cut, black suit. A colour that is used with incredible effect in the film to showcase Fisk’s size, power and path toward darkness.

Much like other versions of the character, the Into the Spider-Verse’s Kingpin is fiercely loyal to his family. He might adore power, but he loves his family. It is the loss of this love that drives him to create a universe splitting device that could end the world. In many ways, the story of Into the Spider-Verse’s Kingpin is a poignant reminder that, without love, power is utterly meaningless.

Playlist: Into the Spider-Verse’s Kingpin

When Into the Spider-Verse’s Kingpin is first introduced to viewers, his entire frame takes up the screen. The ominous inky blackness is broken only by his well-lit face. Like a full moon against a starless midnight sky. The scene is chilling, and does a wonderful job of showcasing to viewers how “It’s not easy facing up when your whole world is black”.

The scene also gives viewers an appreciation for what Spider-Man has to face. How the webslinger must go up against someone who is as “Black as night, black as coal; See the sun blotted out from the sky”. It perfectly illustrates how menacing Kingpin is, and encapsulates the character’s larger than life personality.

Into the Spider-Verse’s Kingpin is incredibly wealthy. He is the most influential crime lord in New York City, and most likely the entire Eastern seaboard of the United States. His rise to infamy began as a young child, before becoming a bodyguard for an influential crime family. He quickly rose through the ranks to become an imposing and fearful figure. One who is obsessed with wealth and prestige.

The money and power that Fisk accrues over time helps him enter the realms of politics, law enforcement and technological supremacy. With his hands in all sectors of business and government, Fisk has been able to pursue ventures that are morally ambiguous. As great as money and power are, however, they do come at a price. Especially when pursued in an unsavoury manner. Something that Fisk learns in the worst way possible.

3. Sweet Dreams (Are Made of This) – Emily Browning

There is a very specific reason as to why Into the Spider-Verse’s Kingpin is hellbent on creating a machine that can split universes and realities. Simply put, he is a man who has lost everything he cares for and will stop at nothing to regain what he has lost. It is the ‘sweet dreams’ of the past that are driving his current motives, and which have caused him to “travel the world and the seven seas” in search of answers.

There is no denying that Fisk will not let anyone get in his way. Least of all Spider-Man. With help from a few other super villains, Fisk is able to build a machine that is able to make tears in the fabric of space and time. Naturally, our favourite webslinger catches wind of what Fisk is up to, and does his level best to stop him. This angers Fisk beyond measure, and what follows is an incredible battle, with a somber end.

There is no denying that the Into the Spider-Verse’s Kingpin is a cold, hard and deadly adversary. Especially for those who get in his way. Within the opening moments of the film, Fisk outright kills that universe’s Peter Parker. Although Fisk has often been portrayed in entertainment media as a villain, it is rare to actually see him carry out the task. Despite his mafioso persona, he does not normally enjoy getting his hands dirty. Not literally, anyway. However, this time there is definitely a “cold breeze blowing over [his] soul”.

The death of Spider-Man in the film is a harrowing moment. It outright showcases that the Into the Spider-Verse’s Kingpin is one who lives up to his reputation. When he killed Peter Parker, he did so purposefully and with intent. It was no accident. He used his full size and power to end Peter’s life. Putting an end to the web crawler who continued to be a thorn in his side. The moment was bitter sweet for Fisk. Sweet as he could “shine razor eyes in delight” at Peter’s death, and bitter because it showcased his “animal impulses”.

Unbeknownst to Into the Spider-Verse’s Kingpin, Miles Morales witnesses the death of Peter Parker. As Miles’ attempts to escape, he unintentionally alerts Fisk to his presence. Without blinking an eye, the mobster overlord orders his villainous cronies to ‘make short work’ of the intruder. Although he does not say it, you can almost hear him scream “you better run”.

With Spider-Man out of the way, Fisk’s plans can go ahead without delay or further interruption. Miles’ presence, however, puts everything at risk. Not only does the unlikely hero know where Fisk’s mystery machine is located, but he is also the only civilian witness to Spider-Man’s death. Something that Kingpin cannot, and will not, allow.

Taking the life of another person should not be an easy or enjoyable feat. Yet, it is a moment of pure glory for Into the Spider-Verse’s Kingpin. However, what really makes what Fisk has done truly ‘twisted’, is when he hosts a charity benefit to honour Peter Parker’s death.

As if taking Peter’s life was not enough of a reward, Fisk chose to also publicly ‘honour’ the late hero. Revelling in his death. That includes inviting Mary Jane to say a few words, offering his condolences to her, and then paying his ‘respects’. All in the name of the very same man he killed, with his own two hands. Needless to say, you would have to be pretty ‘twisted’ to carry out and relish a plan like this.

After Spider-Man’s death, it is easy to assume that Into the Spider-Verse’s Kingpin is a monster. Although that may be true on some level, his motives, although self-serving, are bore from good intentions. He simply wants to restore his family. To bring them back from death. That notion alone, proves that Fisk is not entirely the monster he portrays himself to be.

Everyone makes choices, which may lead to mistakes. That is a fact of life. In the grand scheme of things, Fisk is merely a mortal man. One who has taken a darker path than most. A chosen path of corruption, fear, intimidation and crime. His actions are that of a monster to those who fear him, but merely the actions of a desperate mortal man for those who know him.

With Spider-Man officially out of the way, Into the Spider-Verse’s Kingpin can rebuild his quantum machine. Doing so, however, requires help from several other super villains. Each of whom must enter the ‘devil’s playground’ in order to help Fisk’s vision become a reality.

Although Fisk believes he is in full control, the danger that comes with working with other villains is that they also have their own motives. “You can look and you can touch; It’s a real fine day at the black parade; And I swear it won’t cost much” – other than your life. One villain in particular is at the heart of the entire technological premise of the film, and whose own motives become clear as the film reaches its climax.

Into the Spider-Verse’s Kingpin is a hulking and powerful figure. A man who is both sizeable in stature and the industries in which he invests. During the film’s final moments, his true power and cunning comes into play. It is here that all six of the film’s spider-people must come together to take down this ‘juggernaut’.

The strength, power and relentlessness that Kingpin displays is both frightening and awe inspiring. He knows, all too well, that his ‘doubts’ “hollow through your bones”. Thus giving him an edge in combat. Despite this, his true goal is that of reuniting with his family. When that moment eventually arrives, the roles reverse and “Every doubt you own hollows through my bones; I treat them like my own they crush me like a stone”. The weight of the realisation that he is, once again, the cause of his family’s demise… is heartbreaking.

Although alluded to at several points within the film, there is a pivotal moment when Into the Spider-Verse’s Kingpin must, once again, face the ‘loss’ that he has already experienced. The way the film plays with reality and time is sensational. Even more so when it unfurls Fisk’s pain. It is a poignant moment that lends a sliver of humanity to the film’s deadliest villain.

There is no denying that, if given the opportunity, many would follow Fisk’s path in order to bring back those who have passed on. The lament and loss of unconditional love is heartbreaking. Although not an excuse for his actions, it does showcase how Fisk would risk it all rather than deal with the pain of insurmountable ‘loss’. 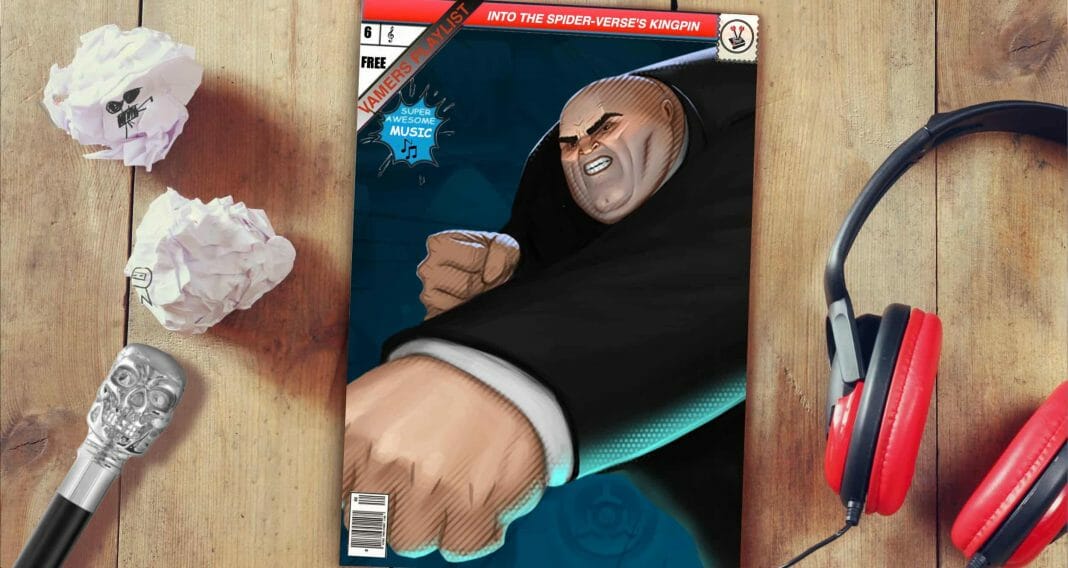 Did you enjoy this Playlist? Do you have a different suggestion for this list? Reckon you have an idea for a better musical choice for any of the aforementioned spots? Whatever the case may be, let us know in the comments below, and be sure to check back fortnightly for a brand new Playlist featured article.