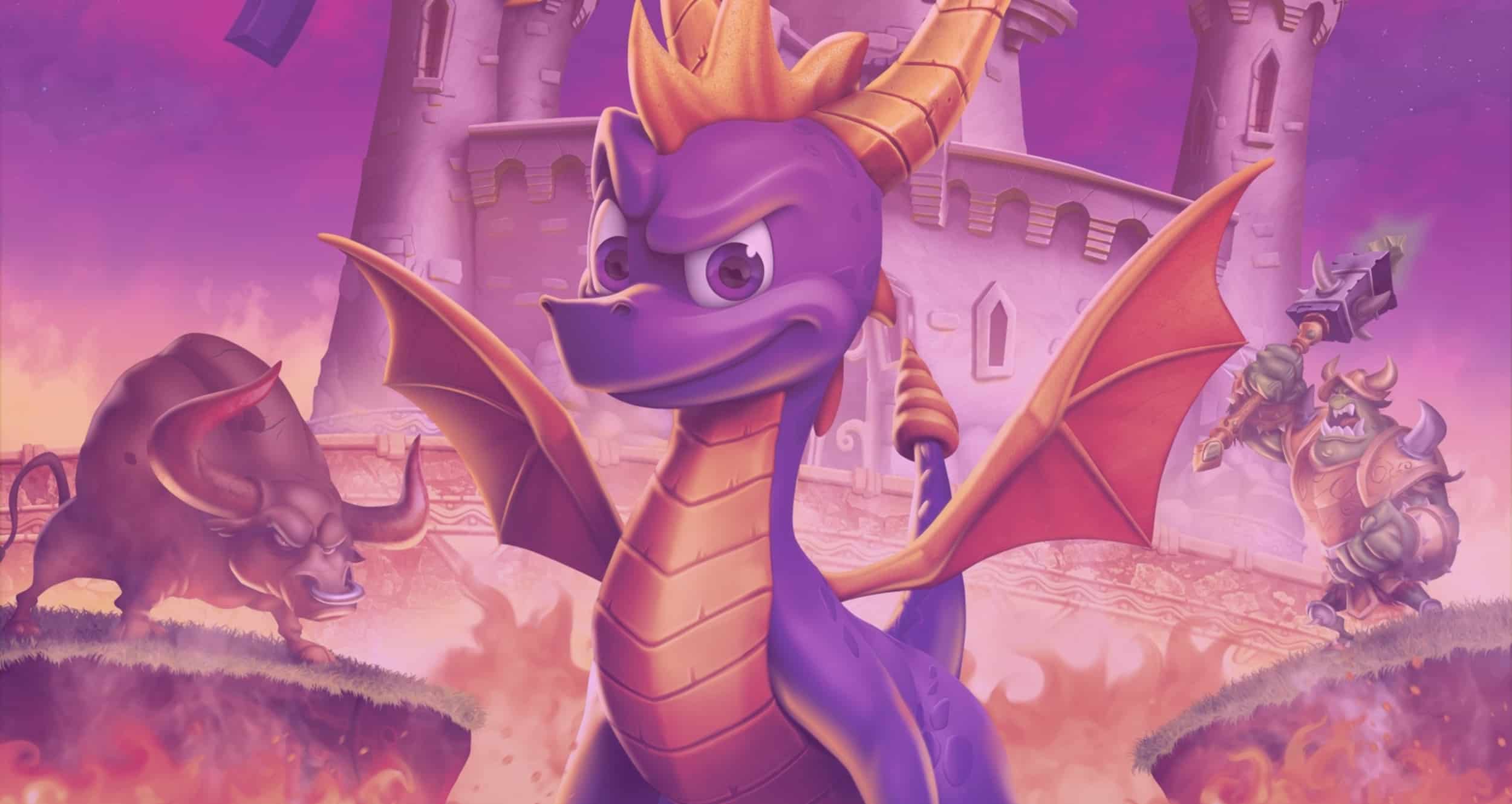 WELCOME TO PLAYLIST, A BI-WEEKLY FEATURE THAT STRIVES TO DETERMINE WHAT MUSIC POPULAR CHARACTERS FROM THE GEEKOSPHERE WOULD LISTEN TO.

Spyro the Dragon is a hero who has introduced entire generations of children to 3D action platformers. In addition to that, he has also featured as a key character in two major franchises. Namely the original Spyro trilogy of games, as well as a huge toys-to-life franchise called Skylanders. The Skylanders version of Spyro, also introduced entirely new generations of children to the purple dragon. However, the one that matters most is the original version of the character: the purple, witty, fire-breathing, cheetah and kangaroo loving, Gnasty-hating, Spyro the Dragon.

In the original games Spyro and his dragonfly friend, Sparx, save the realms from nasty invaders who want to destroy and rule the world. Spyro the Dragon, for the most part, is a very witty character. While he has the heart of a big softy, he has the demeanour of a typical teenager – sometimes it gets the better of him, and he comes off as cocky, and other times it spotlights his vulnerabilities. 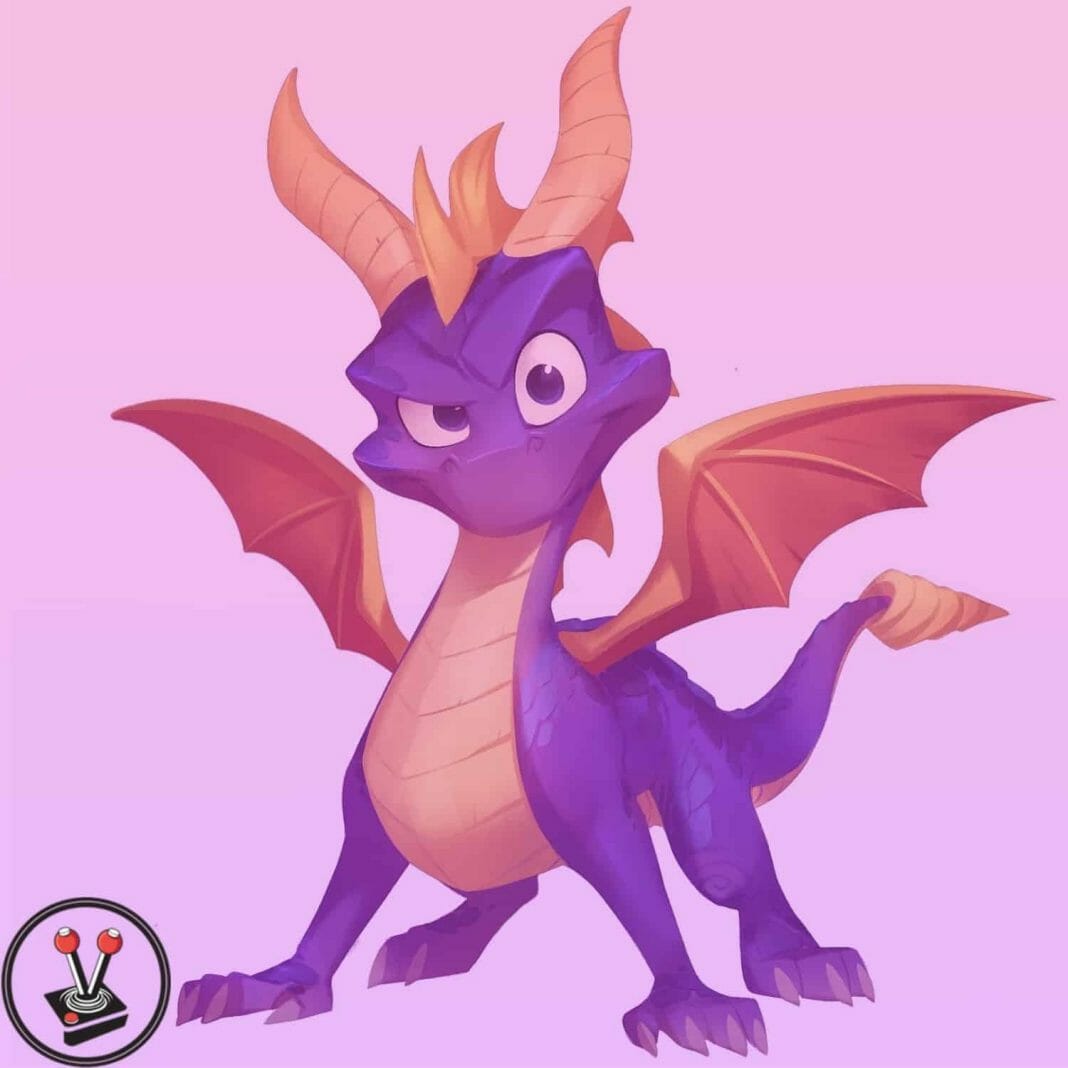 Since he is a very young dragon, Spyro has a lot of energy. His age also makes him the perfect candidate for the hottest and coolest squad in town. As such, he befriends cool cats such as Hunter, cute bunnies such as Bianca, and even the craziest boxingstar from down-under, Sheila. His other friends include Polar, Thor, Tomas, Zoe, Cyril and even Crash Bandicoot (yes, he is just that cool).

Due to his popularity among the people of the realms, his young nature, and his enigmatic personality, it is easy to guess what kind of music Spyro is inevitably in to. Spoiler alert: it is very mainstream. I always thought of Spyro the Dragon as the kind of character who would just listen to the top hits or whatever is playing on the radio. As such, you can expect to see a few billboard hits on this list, some of which might surprise you.

What better song is there to start this list off than Avril Lavigne’s breakout punk song, Sk8er Boi? The song released in 2002, only a few years after the final title in the original Spyro trilogy. Sk8er Boi pretty much cemented Avril Lavigne as a punk rocker, and immediately had hundreds and thousands of teenage boys and girls fall in love with her pretty much overnight. It is still played on the radio, even today!

While the song is very much a tale of a one-sided love interest and regret, it is easy to see how Spyro would like this song. The most obvious reason is that Spyro is a teenage dragon. As such, he would be listening to the latest hits. Much like many of us who found the beat and composition of the song pretty catchy, I can imagine how Spyro bops his horned head to this beat – while taking out the various baddies around town.

“Nothing screams ‘this is 1998’ like Mambo No. 5” reads the “Behind the Lyrics” blurb on Spotify, and you cannot get a more spot-on description of this song than that. Many people would say that Mambo No. 5 is basically the Despacito of the late 1990s and early 2000s. The song released in 1999, and went on to become a huge hit across the globe.

The very nature of the song is perhaps a bit more not safe for work (NSFW) than Spyro friends would like to admit. However, there is no denying that it is a heck of a hit. Mambo No. 5 is all about a dude who simply cannot make up his mind. He is a party animal, and he is enjoying all aspects of life. I feel that Spyro is very much the same. If life were normal, and Spyro could keep to his own realm and go on to high school, he would undoubtedly become a jock with ‘flings’ left, right and centre. Then again, he does have quite a few female friends in the original trilogy as well…

‘Life is a Flower’ must be one of the most beautiful songs to have released in 1998 – the same year the original Spyro title came out. Ace of Base filmed two music videos for the song, but only one ultimately made the cut. Apparently the first was a little too “dark” for the song’s lively and upbeat, good message. Good! Spyro the Dragon’s story is all about protecting what is precious, and saving what is good.

“We live in a free world!” Spyro sings as he flies through a bunch of hoops to appease Moneybags. “Carry on smiling, and the world will smile with you”, he continues before hitting the final hoop and landing with grace where Moneybags is standing, staring at the purple dragon who is doing his thing. Oh man, just listening to this song again makes me want to dance the night away.

Yet another great party and dance hit. Livin’ La Vida Loca was one of Ricky Martin’s best hits. Not even his more recent releases could ever match the popularity that Livin’ La Vida Loca managed in its lifetime. The song released in 1999 and depicts a guy and his band, along with a bunch of female bar-goers, all having the time of their lives.

The song may be all about the party life, but it is also about feeling good, looking good, and making the most out of the present. In the original trilogy, Spyro the Dragon never took things so seriously that he forgot about the little things. There is always time to have a bit of fun. Hunter, Spyro’s trainer and cheetah friend, would also often remind him of this.

Speaking of Hunter, it is no secret that the cool cat listens to a little bit of hip-hop. One, Two Step released in the early 2000s, and features prominent female hip-hop artists Missy Elliot and Ciara. It’s early 1970s electro beat compliments the rap so well that it does not even sound like a rap song! Rather, it sounds like an upbeat bubblegum pop song, and it is oh so good.

One, Two Step is the perfect song that Hunter would recommend to his purple friend. We all know that Hunter likes basketball and that he is good with the ladies. There is no doubt, then, that he also likes to party with the ladies… and who is to say Spyro will not join in? With a hit like this, it is hard not to!

6. Do you Believe in Magic? – The Lovin’ Spoonful

You cannot talk about bubblegum pop without also mentioning The Lovin’ Spoonful. Do you Believe in Magic? Is one of the group’s greatest hits, and charted high on the charts for a long time.

It is a straightforward song where the group asks a young girl whether she believes in magic. They then go on to explain how music is magic, and that there is no single way to explain it because you have to feel it! If you have ever played any of the Spyro the Dragon titles, you would be aware of the fact that the world of Spyro relies on magic to function! Do you believe in Magic, dear reader? I know Spyro does!

While not exactly pop, Party in the USA is not exactly rock either. Regardless of what genre it actually is, there is no denying that the song is a heck of a hit – one that even I admit to listening to every now and then. The song is fairly recent compared to some of the songs in this list, but it does not take away from the fact that it pretty much encompasses Spyro.

Party in the USA revolves around having a blast of a time. Spyro’s three main adventures may not have taken place in America, but if you take his accent into account then he is very much American. It should also be noted that Hunter sounds like he comes straight out of Brooklyn, and Sheila’s Australian accent is hard to miss.

Yet another classic that makes you feel good just by reading its title. Mmmbop, by Hanson, originally started out as a backtrack for another song, but came into its own when the members of Hanson felt that they could do something with it. They ended up creating a song about not taking the little things in life for granted. For taking things as they happen, and for enjoying life.

Just like how Hanson created a beautiful song out of what should have been nothing, Spyro the dragon also manages to always make a plan out of the scraps of clues he is given. He also always makes the best of things and jumps to the occasion when the day needs to be saved. Especially when the little things in life, the ones that are taken for granted, are taken away or threatened. The song perfectly encompasses the purple dragon.

There are two prominent versions of this song, both of which are excellent. Ultimately, I chose the original version, performed by Talk Talk, for one sole reason: it just sounds better along with the rest of the offerings in this playlist. It is a song that encourages being silly, and having fun in life just for the sake of it. It has two music videos, of which one was produced in front of a green screen whereby the band lip-synchs the song badly on purpose. This is to signify that you do not always have to take life too seriously, including your own work.

Having fun, just for fun’s sake, is as good a reason as any other to enjoy yourself and not worry about the things in life that aim to get you down. Throughout his adventures, all of Spyro’s friends seem to be happy-go-lucky characters, regardless of their straits. Whether this pertains to you or not, it is nice that Spyro encourages a little bit of silly fun every once in a while.

While the song itself actually originated a good year before Boney M covered it, the Boney M version is what helped the song rocket into fame and up the European billboards. The Happy Song is exactly that, a happy song. The lyrics are simple and easy to understand, and it is sung by various children, as well as guests artists and Boney M. There is no better way to cap off this playlist than with a no-strings-attached happy song, is there?

At the end of the day, Spyro the Dragon and friends are here to stay. As such, they have good motivation to keep the world as happy and fun as can be, and to keep the bad guys and darkness away. I do love how this song perfectly manages to incorporate as many children and fellow singers as it possibly can, without sounding irritating. Pretty much exactly how the Spyro games manage to have the huge cast that it does, without feeling overwhelming. 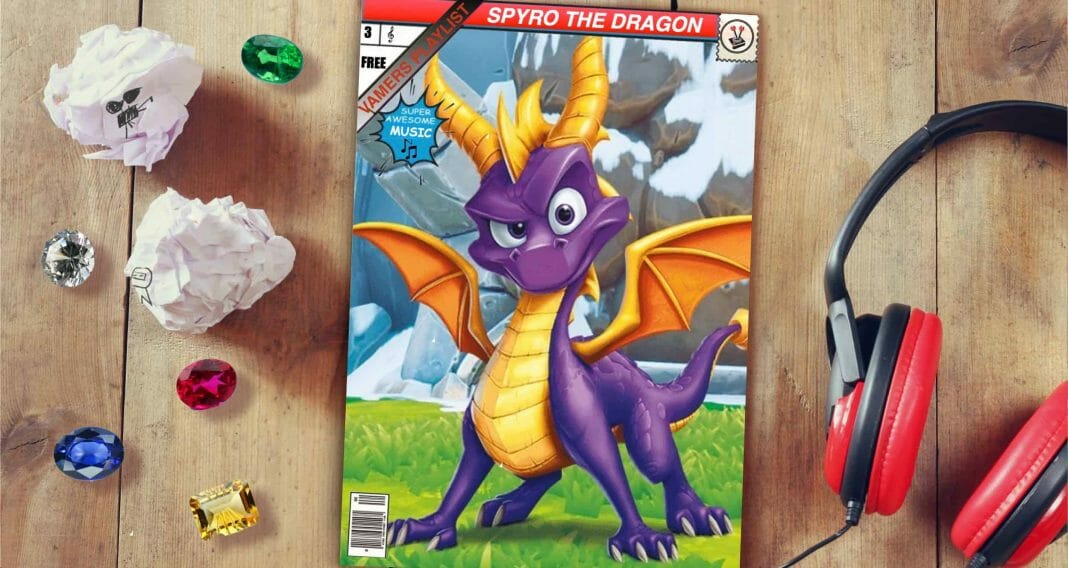 This Spyro the Dragon playlist was really difficult to make! There are so many songs that I know Spyro would like. In the end, however, I feel that these ten songs fit the world and the character of Spyro the most. With the Spyro: Reignited Trilogy fast approaching, you might have your own ideas for songs Spyro would like.

What are they? Do you have a different suggestion for this list? Reckon you have an idea for a better musical choice for any of the aforementioned spots? Whatever the case may be, let us know in the comments below, and be sure to check back fortnightly for a brand new Playlist article.