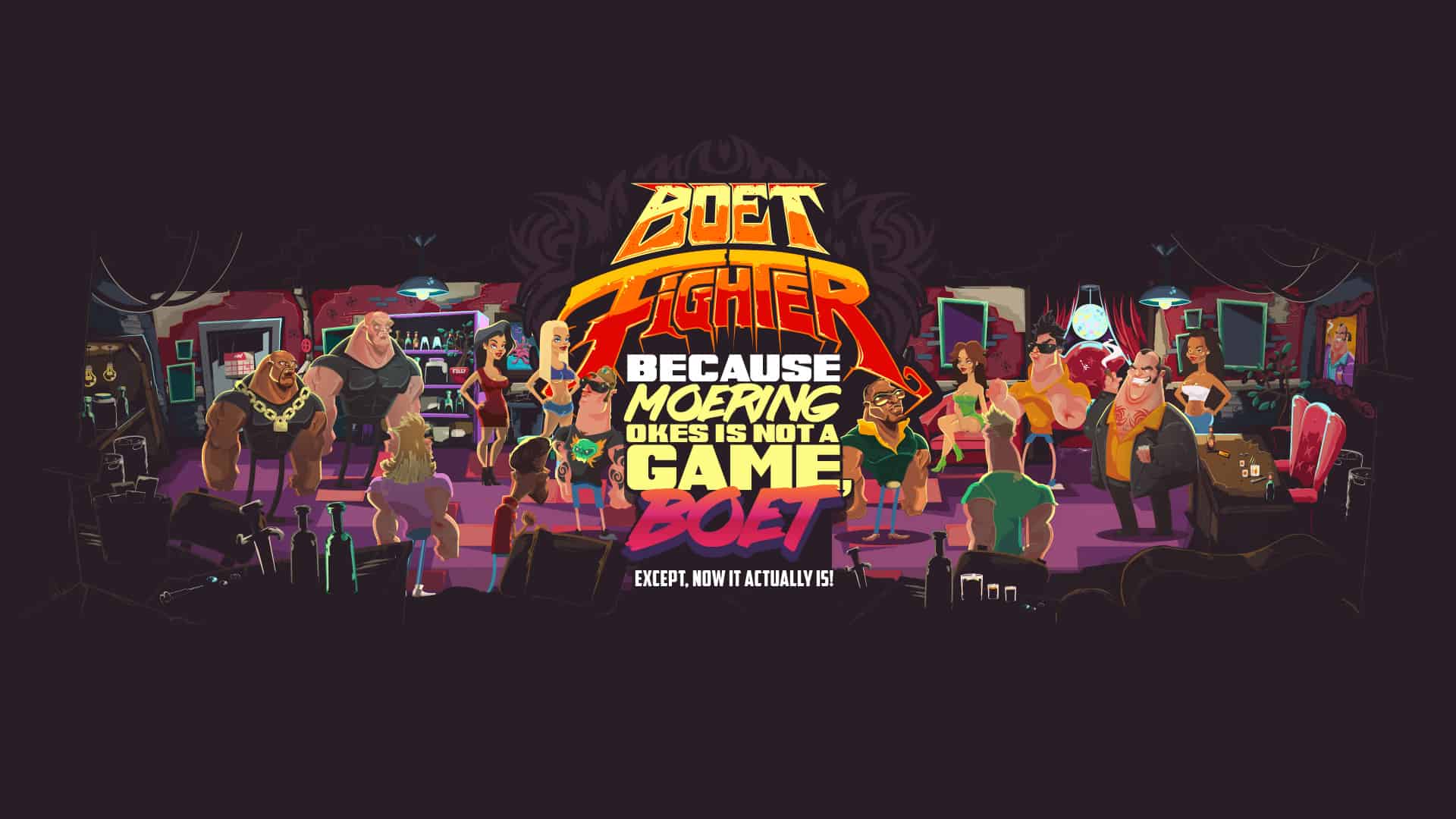 Earlier this year, the incredibly promising point and click adventure Jengo, from South African based Robot Wizard, failed to meet its crowdfunding goal. It was a massive blow to the small company, and a harsh reality for gamers who were looking forward to helping Jeff save the Pixelverse. Thankfully, out of the game’s still smouldering ashes, comes an all new game: BOET FIGHTER!

South Africa is known for many fine aspects. We have great weather, fantastic wine, beautiful cities, gorgeous country scapes, and a vibrant and diverse culture. However, unless you are South African, something that the media cannot portray is ‘boet culture’.

The easiest way to describe it to international readers is that it is essentially a form of ‘jock culture’, but localised to South Africa. Most will know the type: vape in hand, tight muscle gripping shirts, and they speak and behave in a certain way that makes them immediately identifiable as being a part of that particular subculture (whether they like to admit it to not). Boet culture is so strong in South Africa, that most people who are a part of it actually have their own immediately identifiable dialect of the English language, with unique phrases, words and euphemisms that somehow permeate their existence. 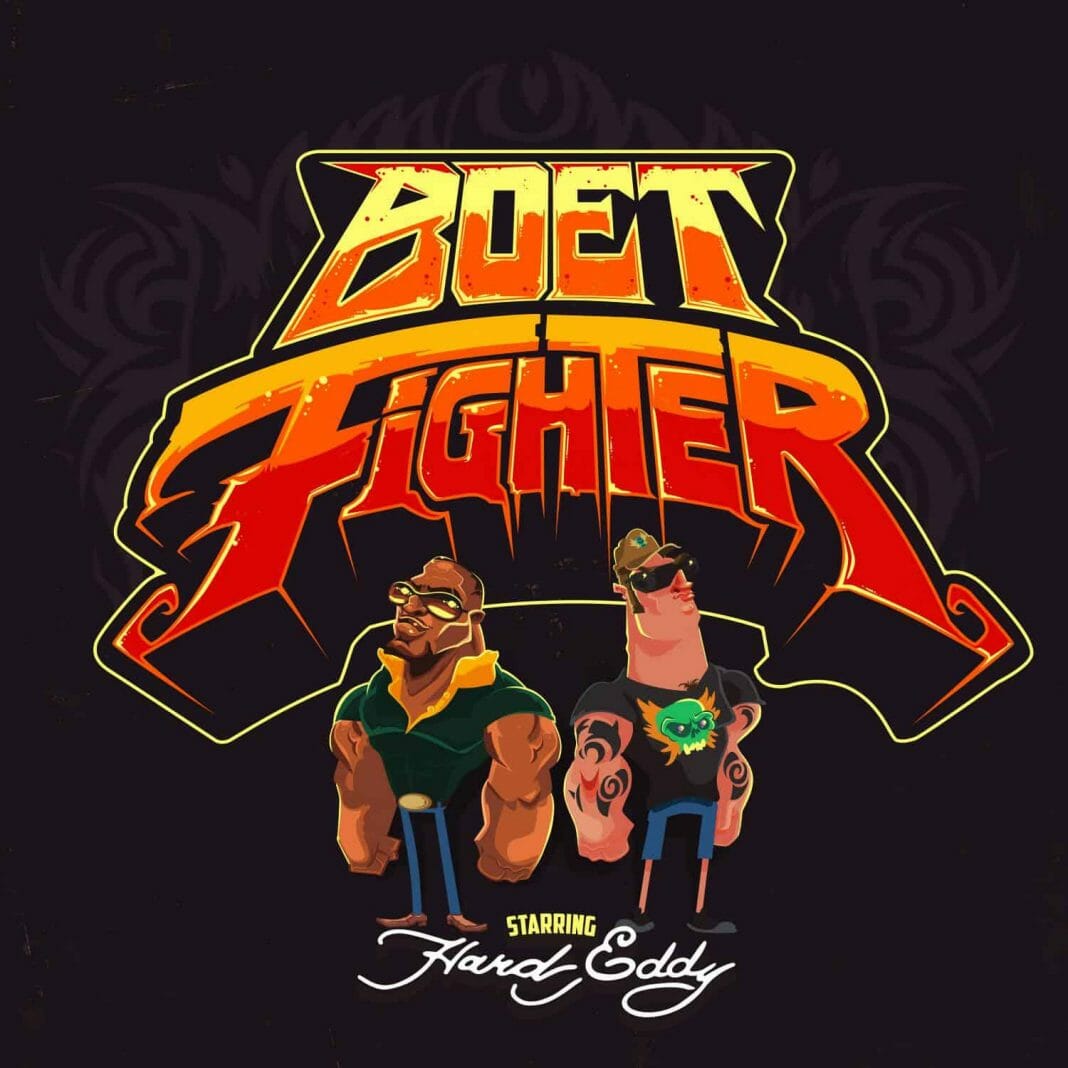 In South Africa, a boet is someone who: enjoys chilling with his entourage of charnas/mates/brus/okes/bras, likes to ‘klap’ it at the gym with those high protein shakes and tight tanks (the tighter the better), is always on the move for the most lank/kiff/sick jols/parties where house beats reign supreme, is constantly searching for a doll/bird/chick/honey/binnet to be by his side, and is forever ready to engage in a brawl/fight/toss to moer/bugger/klap/destroy those who challenge his honour, or that of his charnas or woman. Naturally, the ‘boet’ is a perfect character for a video game. Robot Wizard thought so too, and thus Boet Fighter was born.

Boet Fighter, according to the developers, is described as a “mega-schweet faaghting video game where Hard Eddy and his taaghtest charnas must moer all of Fourways in the face, as they faaght to reclaim his stolen binnet! It’s got creatine, vaalence and house beats, boet… and it’s coming soon”! As a South African, this sounds absolutely “sick”!

The embedded gameplay sample above should make all South Africans incredibly excited for Boet Fighter. As a South Africa, the game is laugh out loud funny, and features some truly wicked wit and parodies of genuine ‘boet culture’. Honestly okes, it looks lit AF!

Here is a quick selection of Boet Fighter facts, straight from the developer, to get your blood pumping:

The Vamers Crew were lucky enough get some hands-on-time with the game at rAge 2018, and it is just as much fun to play as it looks. Naturally, stay tuned to Vamers for more Boet Fighter goodness as the game heads toward launch.

Bru, if you’re at @rAgeExpo, definitely head on over to the @MSITweetsZA stand and get some hands on time with #BoetFighter from @RobotWizGames. It’s the best, ma charna! pic.twitter.com/aK5fc2mlqQ