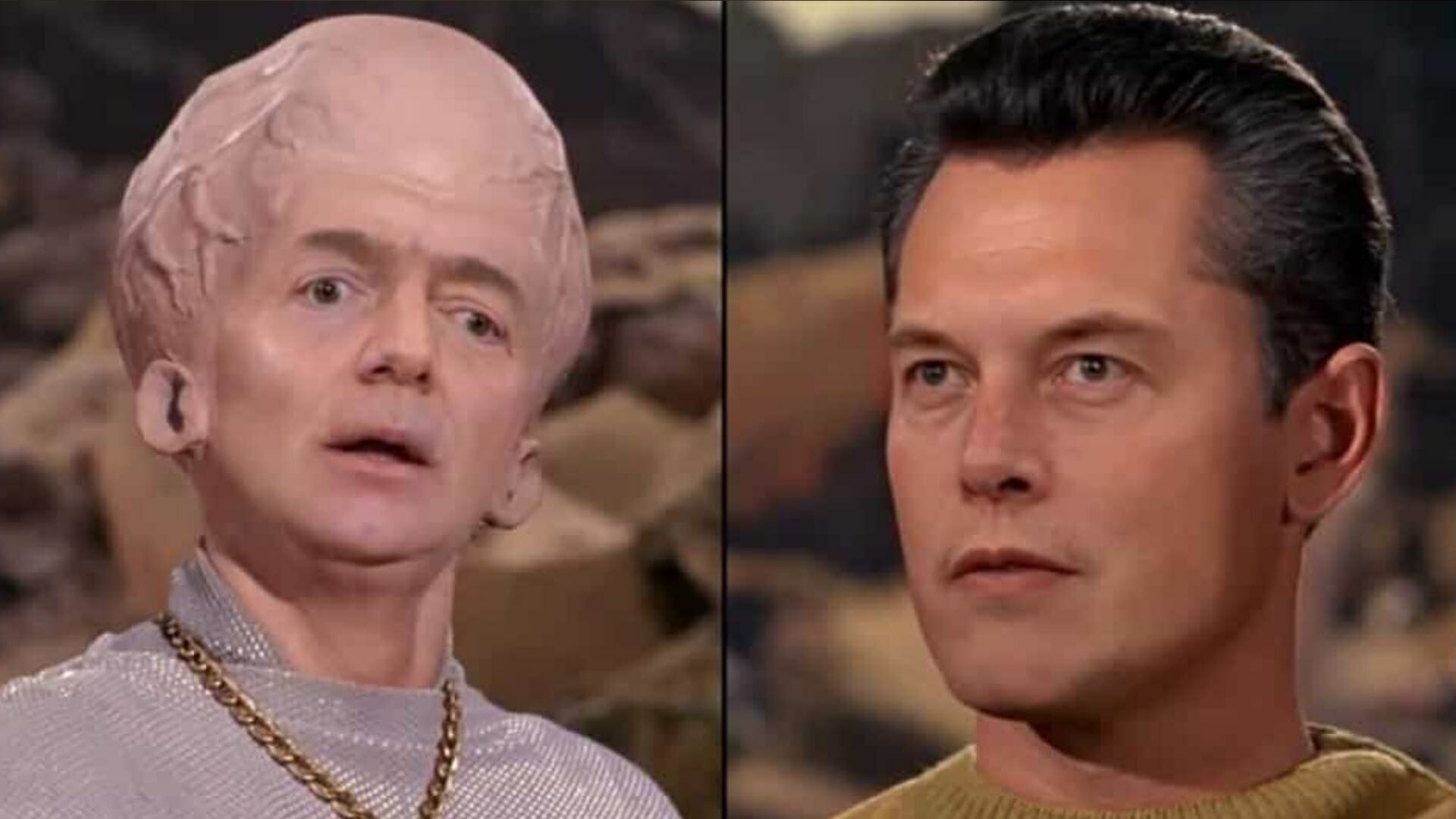 After the totally epik Mortal Kombat 11 deepfakes came out, I was left wanting more. The surprising videos showcase Keanu Reeves, the Rock, and even Jennifer Lawrence in the middle of a battle for Earthrealm. It is surreal and amazing, to say the least. This is why I simply had to have more. Thankfully, it seems my prayers have been answered with a new Star Trek Deepfake!

The sci-fi based deepfake brings two of the world’s most prominent [and wealthy] figures in tech together in a scene from the original Star Trek television show.

The embedded Star Trek Deepfake was uploaded by The Fakening, a prominent deepfake YouTuber. The video transposes the faces of tech billionaires Jeff Bezos and Elon Musk onto the giant and veiny head of a Talosian, and the enigmatic USS Enterprise Captain Christopher Pike, respectively. In the clip, Bezos’ character cannot get over how the human (captain Pike) does not appreciate the concepts of captivity and slavery – when he considers it to be “pleasant and benevolent”. Captain Pike naturally refuses the offer, and chooses to offer a series of alternate solutions to the problem at hand. A decent comprise would be opening up trade routes and not getting enslaved.

The icing on the cake, however, is how this Star Trek Deepfake pits Jeff Bezos and Elon Musk against one-another. In reality, the two may be regarded as opponents in the rat race to have the wealthiest tech company.

To be completely fair, the clip has been edited quite extensively. In the original, there are many more individuals taking part in the conversation – all of whom were integral to the conversation. Nevertheless, this Star Trek Deepfake still makes sense and is a fun, yet scary, example of the power behind this unique technology.