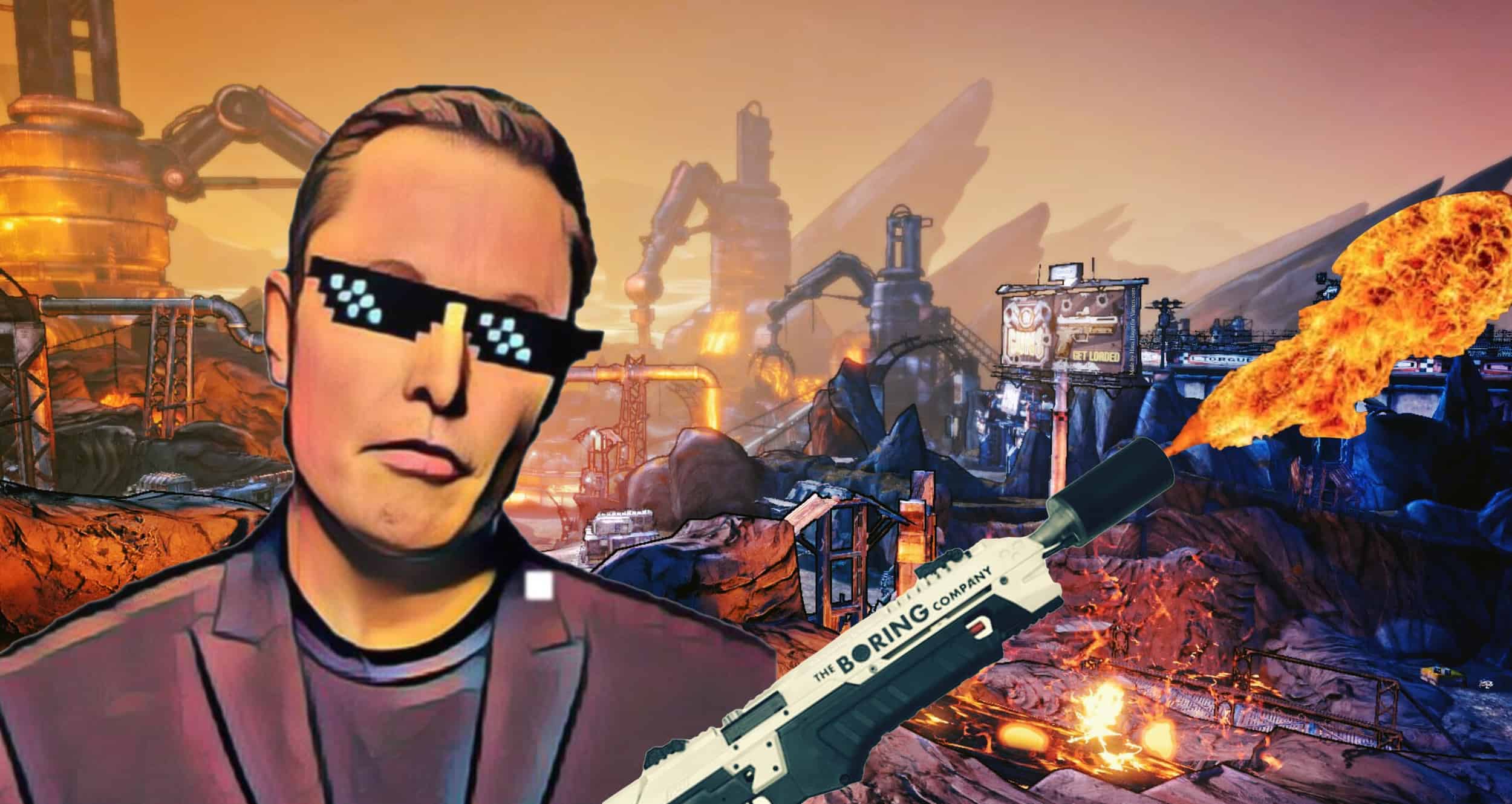 Elon Musk is, for all intent and purpose, the embodiment of Marvel’s Tony Stark. A philanthropist billionaire playboy who enjoys creating all sorts of useful, and sometimes wacky, gadgets. Now the billionaire is contributing to Borderlands 3 weapons, thanks to The Boring Company’s Not A Flamethrower that he helped create.

Earlier in 2018, Musk’s The Boring Company created a portable ‘flamethrower’ for consumers. The very kind of device that gamers have only ever dreamed of becoming a reality. For only US $500, anyone could own one of these Not A Flamethrower devices. Needless to say, they sold out in a fairly short period of time.

Shortly after the Not A Flamethrower launched, Musk took to Twitter to talk about its many features. One such tweet included how the device is “sentient” and how its safe word is “cryptocurrency”. It was no doubt meant in jest, since the device is clearly inanimate. Nevertheless, it was this very tweet that prompted one of the founders at Gearbox Software to use Musk as inspiration for, what is assumed to be, Borderlands 3 weapons.

Randy Pitchford noticed Musk’s tweet and responded in kind. The real kicker of the exchange, however, is Pitchford’s request to include Musk’s tweet as flavour text for the studio’s “next Borderlands game”. Given the often dry and sardonic humour that the Borderlands games are known for, it makes perfect sense that the developer would want to add Musk’s humour into their upcoming video game. So much so, that Pitchford even mentions how Musk can write the text himself or let them simply copy and paste one of his tweets.

Whether or not Musk’s off-brand sense of humour will, in fact, be used for any of the Borderlands 3 weapons is still a mystery. Given the exchange that occurred on Twitter and Musk’s propensity for producing and participating in enviously ludicrous shenanigans, it is safe to assume that it will happen.