Electric Vehicle leader and possibly the sole manufacturer of vehicles for our future overlords, Tesla, has unveiled two of their most ambitious products yet… and we are absolutely in love.

During Tesla’s electrifying (hah, get it?) semi truck unveiling, the company not only unveiled what we all expected, but also a little something more. By extra, I totally mean something that I just want to throw my life’s savings at: a gorgeous new Tesla Roadster that may prove to be the world’s fastest production car yet.

Before we delve into the details on the roadster, however, I first want to go over the Tesla Semi Truck that we have all been waiting months to learn about. It turns out that the truck is much less truck, and much more I, Robot and Minority Report in concept. Except it is real, it works and is set to be on the roads by 2019. It is a Class 8 semi truck with the potential to go from 0-100 km in just 5 seconds. Five! At full load, which Musk states as 36 tonnes, the semi truck can make that same benchmark in 20 seconds. That is twenty seconds to go from standstill to 100km at full load! Colour me impressed. 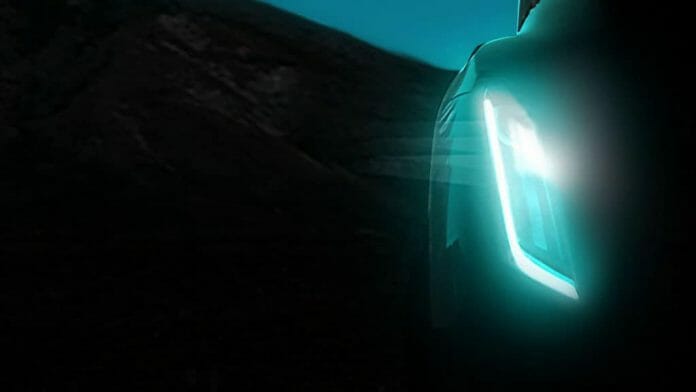 Furthermore, Musk said that the Tesla Semi Truck will offer at least 800 km before it needs to be charged (that is carrying a full load). If you do need to charge it, however, just 30 minutes on Tesla’s dedicated charger will net you 400 km. Tesla also guarantees 1.6 million km before drivers need to worry about what the batteries look like. While on stage, Musk stated that the semi truck is one of the biggest contributors to pollution on Earth. That is why the truck basically “runs on sunlight”, and will run at a comfortable 105 km/h while doing so, according to the Tesla CEO. For reference, most diesel-powered trucks only manage an average of 70 km/h.

The Semi Truck is not all power and fancy tech either. It is designed to look as sleek as a truck can possibly look. Its wheels are covered and fins span the gap between the actual truck and the trailer to improve aerodynamics. From the side, it kind of looks like Tesla took one of those space shuttles and made it a bit taller. On the inside, the truck features two huge 15-inch touchscreen panels, a steering wheel, and… that is just about it. There are also cup holders and huge ‘thermonuclear proof’ windows. It is truly a marvel. The truck also comes with Tesla’s patented Autopilot feature. 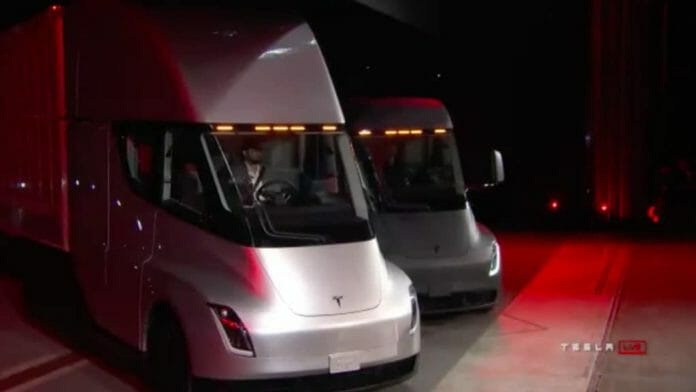 In terms of pricing, Elon Musk did not reveal too much. However, he did mention that, at the very worst, Tesla’s semi truck would cost “20 percent less” than a diesel truck; and thanks to its “convoy” feature, the truck can trail behind other trucks and save on energy. This would net the owner a further 50 percent saving when compared to equivalent diesel trucks.

What about that “extra” thing you mentioned? Where is the Roadster?

Of course, just like the iPhone 8, the Tesla Semi Truck only had the spotlight for a grand total of ten minutes before it had to step down and let another vehicle take the stage: enter the new Tesla Roadster. And enter it did! In fact, it rolled right out of the back of the Tesla Semi Truck as the presentation transitioned to the new kid on the block.

Ah yes, speed. That amazing little measurement that just about everyone loves. In fact, most love it so much that they create entire careers out of racing around in tracks in some of the fastest cars out there. And it seems like Tesla really wants those kinds of people to drive their cars too. I think they will not even think twice about it when they find out that Musk promises a 0-100 km/h time of just 1.9 seconds. Yeah, 1.9 seconds. Less than two seconds of pure bliss, which Hans calls “whiplash mode”. Furthermore, Musk also states that it can finish off a quarter-mile (around 400 metres) in just 8.9 seconds. I cannot fathom how good that must feel. Good and insanely scary, not to mention that it will have a top speed of more than 400 km/h.

The Tesla Roadster features a 200 kWh battery with a staggering 1046 km range and enough seating for two adults with two small children! “It’ll be faster than that jet there”, Musk claimed as an aeroplane flew overhead. He might as well have been Tony Stark. Then again, if someone in a high-tech suit starts saving the day from random baddies, it will be hard not to think that it is Mr. Musk. 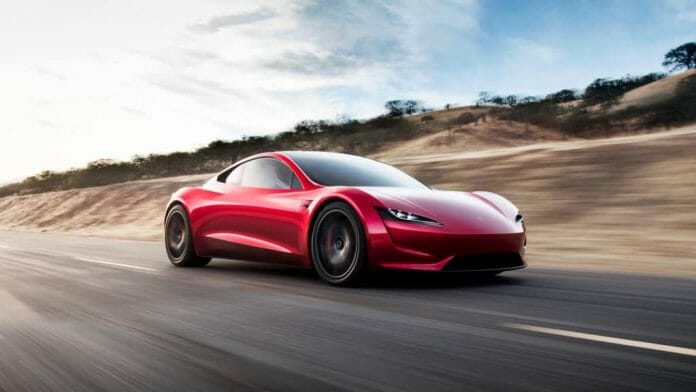 In addition to what seems like speed-force infused motors, the Tesla Roadster also features all-wheel drive and torque steering. Pretty much what you would expect from any other sports car. Unlike the Semi-Truck, the Tesla Roadster features a design not unlike any other sports car. It is sleek, sharp, and screams speed. It was also demoed in a deep red. Just shut up and take my money!

Musk noted that production will only start in 2020, but that the point of the car is to “give a hardcore smackdown to gasoline cars”. I would love to see that day, and boy can I not wait! Tech geeks and speed freaks alike can reserve their Tesla Roadsters today. Reservations will set you back $50 000 USD (~R 700 000 ZAR) and will go toward the Roadster’s base price of $200 000 USD (~R 2.8m ZAR). It is pricey, but gosh do I think it is well worth it for anyone that loves cars. 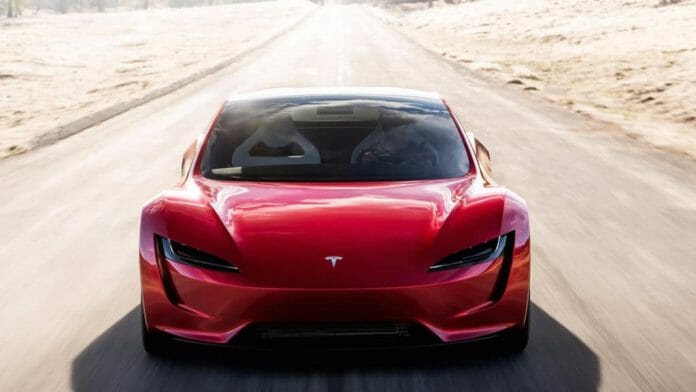