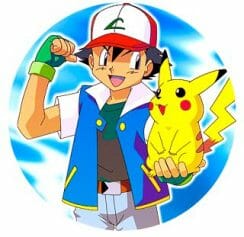 Ever since the very first Pokémon movie was released, way back in 1998, fans of the series have longed for Nintendo to create a live action incarnation of the popular franchise. This longing goes alongside a deep desire for “real Pokémon“, a la Jurassic Park, and a Pokémon game akin to Kingdom Hearts meets Kameo: Elements of Power. Alas, it has been over a decade and our cries have still not been heard.

So what is a Pokémon fan to do? Easy. After pondering about where Pokémon come from, turn to YouTube and create your own version of the game or, better still, a live action parody of what the current Pokémon universe would be like in real life.