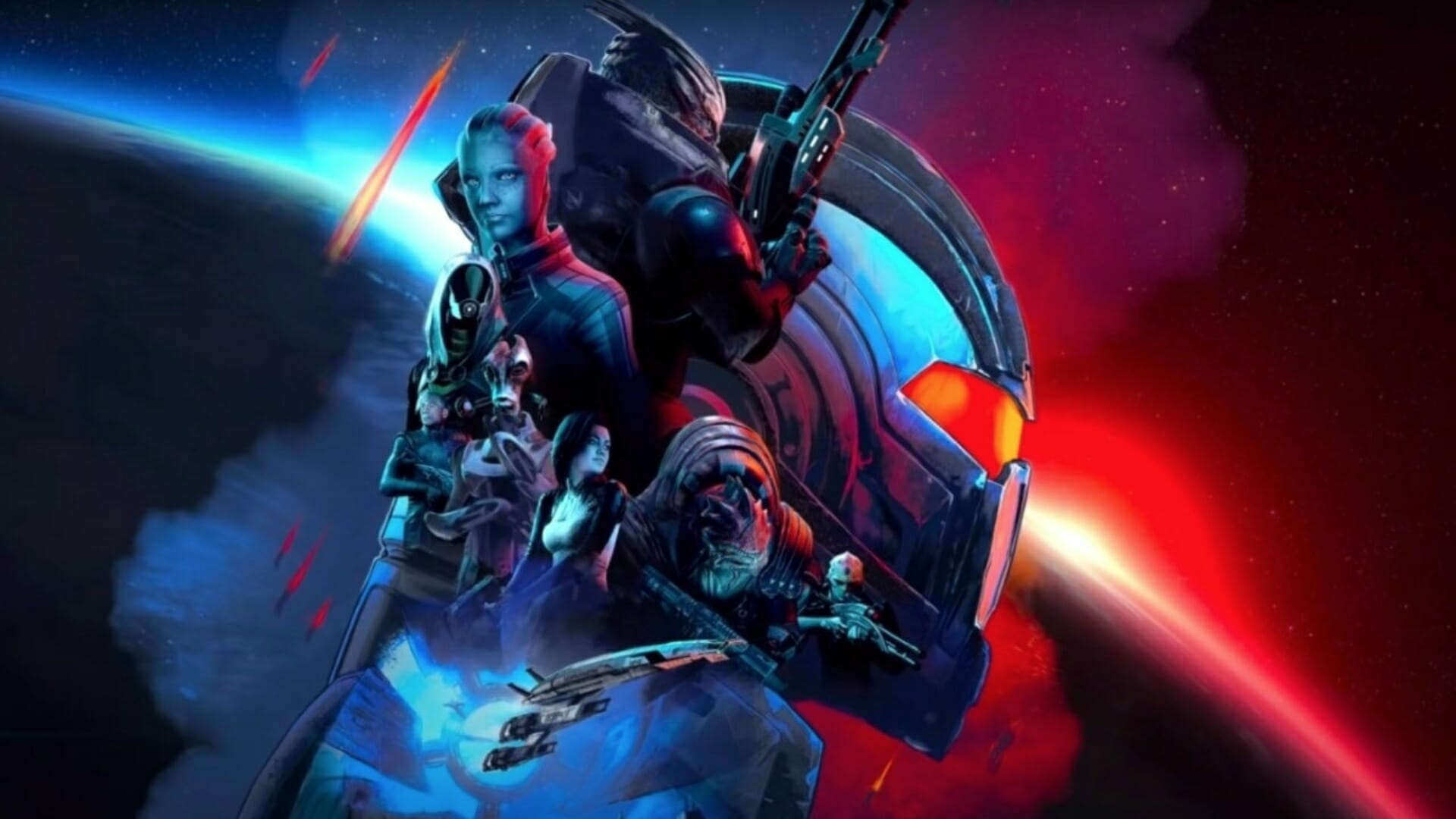 There is simply no denying how the Mass Effect trilogy is one of the greatest space epics video gaming has ever seen. Spanning three titles, Mass Effect has won the hearts and minds of many gamers and will continue to do so with the remastered edition. With the imminent release of Mass Effect Legendary Edition in mind, many new and returning gamers will be introduced and reintroduced to hundreds of hours of content. As such, they (newer players especially) could easily become overwhelmed with the daunting list of content the package has on offer. As such, we figured we would create a guide detailing and describing the best Mass Effect DLC order the games must be played in.

While all content can technically be enjoyed in whatever order gamers see fit, there are some cases where Bioware scripted certain cutscenes differently depending on when players tackle the downloadable content! With that said, there does seem to be an optimal way to consume the content, specifically in a way that makes more sense for the story (in my humble opinion). As such, this guide will offer advice to all players about which Mass Effect DLC order is best to enjoy the epic narrative.

Bring Down the Sky

As the only available downloadable content for the first game, it goes without saying that it needs to be done. The Bring Down the Sky content adds three new assignments and locations to Shepard’s mission log; and ultimately ends with a massive event that does have repercussions. It is a DLC that can be played whenever, but is best spaced out in-between main missions. Its nature is also super player-friendly, in that players will know they can do it and not suffer too much consequence in terms of time-sensitive content. Chances are that many players will do it without even knowing it is DLC. Regardless, this is the event that will get Shepard on Earth in Mass Effect 3, provided players do not play the very last DLC in Mass Effect 2.

Despite its namesake, the Normandy Crash Site downloadable content is tiny. At the very start of Mass Effect 2, the Normandy is attacked by a collector ship and downed. As soon as Shepard is given control of his new ship, the crash site of the SSV Normandy can be visited. The entire DLC is a small location with a cabin unlock, and a few collectables scattered around the map. Story-wise, it makes sense to play this one first and as soon as possible. However, nothing is holding you back from enjoying its contents whenever the mood strikes at a later stage.

Zaeed – The Price of Revenge

Originally only accessible via pre-release programs and via codes linked to proprietary Bioware Forum accounts, Zaeed and his loyalty mission were first missed by many newer players. Fortunately, Bioware made the DLC playable later on, and have now added it to the Mass Effect Legendary Edition. In terms of the best Mass Effect DLC order to play this particular piece of DLC, it is recommended to first complete all missions that give players new characters. When unlocked this way, his loyalty mission will not feel forced; as players will have been given time to get to know him a lot better. His loyalty mission can technically be done whenever, but try to get to it before raiding the collector ship. Doing more than two missions after the collector ship will negatively impact some crew members.

The Firewalker Pack was a hit and miss amongst fans. It brought back vehicular exploration, but it replaced the revered Mako. The pack introduces seven new locations and five new assignments; all of which unlock at different intervals if the pack is active at the start of Mass Effect 2. As such, the best Mass Effect DLC order for Firewalker is pretty much to play it as the missions become available. Doing them all will result in another cabin unlock for Shepard, and a whole lot of extra lore and backstory.

Ah yes, the first “premium” downloadable content Mass Effect received came in the form of a brand-new party member. While Kasumi Goto is not the first party member to join the squad after release (the first being Zaeed), she is a valuable member of the party with great stealth skills. Her loyalty mission is also an incredible heist scenario, which can be played any time… just try not to forget about it until after the collector ship mission. This DLC unlocks a new mission, a new party member, a new weapon, and a new not-so-casual outfit for Shepard.

As far as Project Overlord goes, not many players were into it originally. However, it did mark the first batch of additional story content. Project Overlord gave players four new assignments, a huge new location, and an upgrade for Shepard’s armour. Players who had the Firewalker pack also got an upgrade to their hammerhead, and players who did not received a temporary hammerhead to use. This story content takes players to a remote Cerberus base where the human extremist group’s dark morality comes under question once again. The DLC is widely regarded as some of the darkest content Bioware has released. Considering its subject material, the recommended Mass Effect DLC order for it is NOT at the start of the game. Rather, it is best played just after the Horizon Colony mission.

Lair of the Shadow Broker

Liar of the Shadow Broker is the second big additional story release for Mass Effect 2, but it is the single-most-important DLC players could potentially miss out on. In this story pack, players can finally rekindle their past relations with Liara, who sets them on an important journey to find the Shadow Broker’s mythical headquarters. The reason this DLC is so important because it features story beats that will carry on through to the next game, regardless of whether players play it or not. As such, this is a must-play in the Mass Effect Legendary Edition. In terms of when it is best played, the recommended Mass Effect DLC order is for it to be played AFTER the final campaign mission of the game, provided Shepard is able. Playing this beforehand is also viable, but has a lot less impact.

Arrival is also a massively important piece of story content that players need to play. The events of Arrival bridge Mass Effect 2 and Mass Effect 3. It explains why Shepard is on Earth at the start of the third title, and it sets up an ominous precedent for players to ponder as they wait for the next game’s release – which will thankfully be a none issue considering the Mass Effect Legendary Edition’s inclusion of all titles. Bioware scripted the DLC to be played whenever players feel like it, however entire cutscenes will change depending on when it is tackled. As such, it is best played after the credits have rolled. The reason for this is because of the precedent it sets and the insane dialogue Shepard gets in the end – it simply does not have the same kind of pull if the alternate [mid-game] character explains it.

The urgent tone of Mass Effect 3 can sometimes make every mission feel time-sensitive, especially when every main mission is labelled “Priority”. Needless to say, some missions in Mass Effect 3 are extremely time-sensitive, with players facing serious consequences for failing to complete them within the time limit. Thankfully, not all of them are and players do have a bit of time to fly around and do side content in the meanwhile. It is during these tiny little periods of reprieve, where players will find themselves pondering which of the downloadable content they might want to tackle first. As such, the recommended Mass Effect DLC order is as follows:

From Ashes brings a new squad member into the game by way of a new Priority mission. It is recommended to do this mission as soon as humanly possible. The new squadmate is an integral part of the story and will have valuable input throughout Shepard’s journey to save the galaxy. The new character also has a direct impact on Liara’s journey, both pre-and-post Mass Effect.

When players visit the Citadel in Mass Effect 3, they will come across Aria T’Loak. She will hint towards how she is planning on taking back her station after Cerberus moved in sometime between Mass Effect 2 and 3. She will have a few interesting things to say, whether players have access to the Omega DLC or not. If they do, however, her entire quest becomes realised, and Shepard goes on a massive adventure to help her take Omega back. It is a massive content pack adding many more hours to the game’s overall length. It may not come with any new squad members (although we wish one of the characters did join the crew permanently), but it does have incredible gameplay and great dialogue. It also adequately brings Aria back into the fold as the badass that she is. It is recommended to do this one AFTER the Citadel Coup for added narrative effect.

While Omega is downloadable content recommended to be done as soon as the coup happens, the Leviathan DLC adds a whole lot of content that can be spaced out. The brunt of it plays out like a futuristic Sherlock Holmes, with a bunch of investigations in one little apartment space on the citadel, and a whole lot of on-site missions to accompany each investigation. The DLC comes to a head when players figure out where to finally get the answers the DLC has led towards. In terms of Mass Effect DLC Order, this one is best STARTED when it becomes available, but finished AFTER players visit Thessia for the first time.

The Citadel DLC is the final downloadable content added to the game before Bioware moved on to greener pastures (and new intellectual properties). It was the team’s last hoorah in the Mass Effect universe before they knew about the existence of Andromeda. As such, there is a lot of heart put into this one with a whole lot of content to sift through.

The DLC takes place on the Citadel and sees Shepard go on a bit of shore leave. Shenanigans ensue, and players are led through a whole lot of laughs and a few tears as the team finally says goodbye (through an incredible cutscene at the end). This DLC is best played as LATE as possible in the game – perhaps right before Cronos Station (which is the point of no return) as this should be when players have saved and unlocked most characters whilst gearing up for the final push back to Earth.

Following this guide of the best Mass Effect DLC order in which to play, will give players the best narrative experience. As with all things video games, however, it must be noted how the most beautiful thing about gaming is that players can do whatever they want, developer permitting. Maybe players just want to get some R&R and get the Citadel DLC over with as soon as possible in their game. I certainly will not judge… much.

Regardless of how players tackle all of the DLC in the Mass Effect Legendary Edition, gamers can be rest assured that there is even more waiting for them. The Legendary Edition includes every single bit of DLC the trilogy has ever seen (excluding Pinnacle Station for Mass Effect 1). As such, players can expect new armour suits, weapons, and more, to show up in timely manners throughout their game.