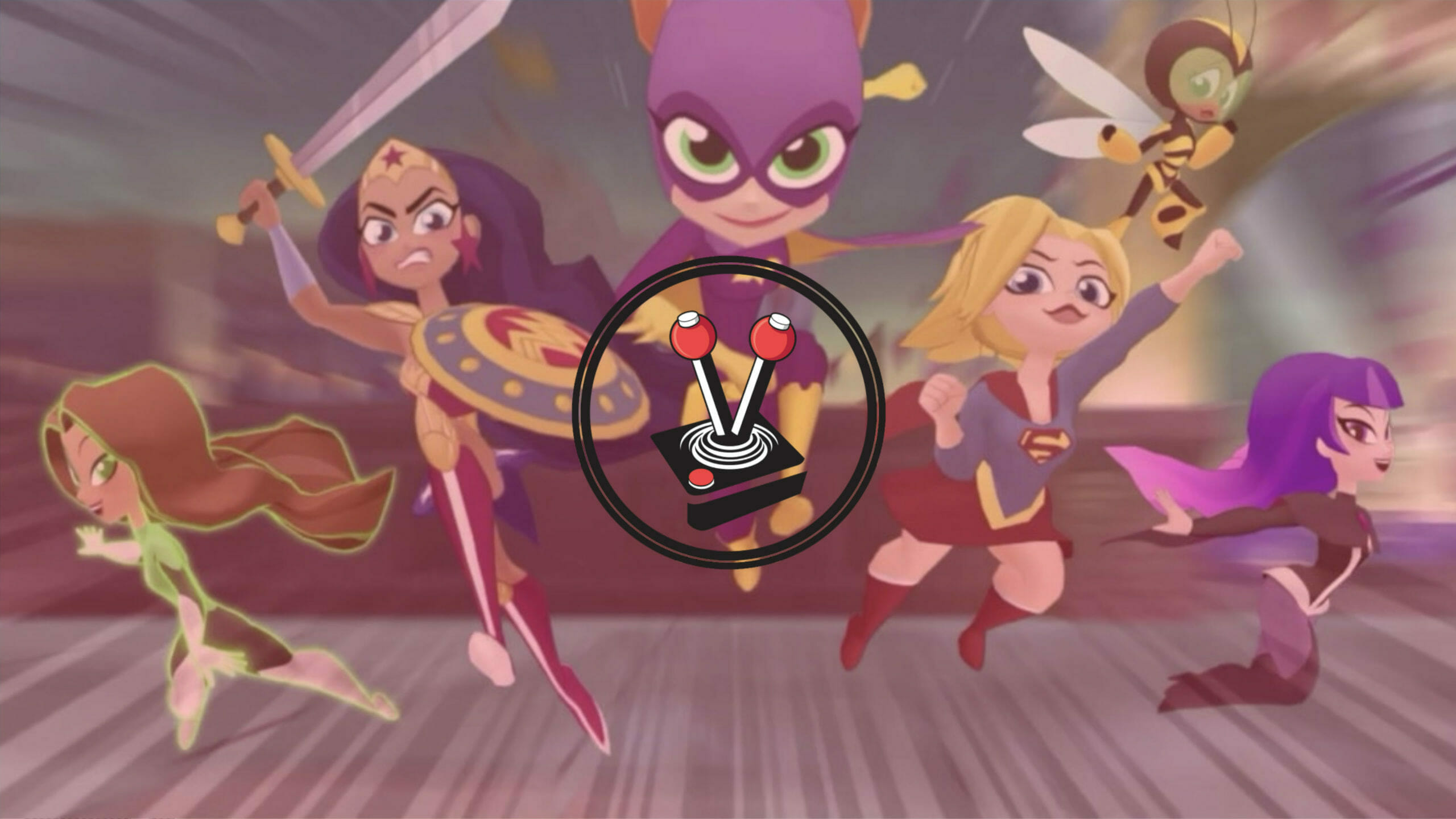 Video game adaptations for children are always hit and miss, with the majority often being nothing more than money-grabbing hype trains for children and uninformed adults. Sometimes, however, a full-featured game showing quite a lot of promise gets released. However, these catch-22 of titles are often met with scruples in lieu of the aforementioned curse. Cementing the disposition is the current state of the Worlds of DC [or was it the DCEU?] with its various live-action dumpster fires. It comes then as no surprise, and reported with a heavy heart, how although DC Super Hero Girls: Teen Power provides a surprisingly enjoyable experience, it is still marred by a set of unusual design decisions.

As its name implies, DC Super Hero Girls: Teen Power brings Nintendo Switch owners a direct video game adaptation of the cartoon television series developed by TOYBOX Inc. As such, it stands to reason its target audience should fall in line with that of the show. The question, however, is who exactly the developers think they might be? The game’s main narrative plays off around the lives of the three main superheroes and their friends. Players are allowed to take control of each (Wonder Woman, Supergirl, and Batgirl) in steady intervals as the game progresses linearly from checkpoint to checkpoint. In a way, it screams old-school PlayStation 1-era titles implying the target age group runs between 21-30. However, as the enemy “Demobots” and toys slowly wreak havoc in Metropolis, a mystery needs to be solved in a very Sherlock Holmes kind of way. As the three teenage superheroes balance their everyday social lives on the fictional platform called “Supersta”, the reality-tv aspect of the show comes into play whereby embarrassing photos have been being shared online and they need to be dealt with… what is the point of this game again?

DC Super Hero Girls: Teen Power is, truthfully, a weird experience. Supersta presents as a fun photo mode where players earn followers, likes, skill points, and more. To emphasise the power of the online platform, every non-playable character (NPC) will somehow tie it into their conversations, which will hint toward trending items and scenes that might give players a boost when publishing their posts. Even when not actively trying to improve these skills and likes, the game will always call back to it. This weird Kardashian-level superficiality may come off as cutesy at first, but deep down it really is a cause for concern. My guess is the target audience is centred around influential children, with a clear-cut message explaining how obsessive social media can become (but I am also on the fence around this aspect – more on that below). I am personally not a fan of the way this works, and I feel that it takes away from the admittedly decent television show.

Beyond Supersta, most missions consist of a simple arcade-like “move forward, defeat all enemies, move forward” scenario. An occasional defend mission also shows up every once in a while, with the odd escort mission also showing its ugly rear. The overall format is not at all challenging and ultimately comes off as a dirt-cheap way of spending some time with our favourite DC Super Hero Girls. It is a baffling combination of confusion and happy fun time superhero gameplay, and it all works so damn well.

Completing missions will earn players rewards, which in turn allows for ability upgrades. This works a lot like classic arcade shooters, where the efficiency of the mission affects how many points players are rewarded. This means players will inevitably have to grind a little as side missions and optional collectables also work into the after-mission report. Thankfully, the grinding does not feel like a chore and not a lot needs to happen in any event, since some of the optional objectives may inspire hair loss! Again, I ask who is this game truly for?

At face value, DC Super Hero Girls: Teen Power looks and feels like a cool hack-and-slash, but it is a very advanced brawler akin to the likes of Spider-Man or those classic X-Men titles. Points gained from Supersta will earn extremely basic clothing customisation – mostly just reskins and/or palette swaps – but work well enough in the grander scheme. When fistfighting becomes boring, abilities can be used along with a little bit of button mashing in order to complete combos resulting in superior damage and score. Together, this three-button (think Devil May Cry) gameplay becomes interspersed with any of the three heroines’ abilities. Hitting up a kickass combo with Batgirl, for instance, eventually results in a whole lot of batarangs and grappling hook gameplay. Supergirl, on the other hand, has a whole lot of heat vision and super breath going on.

Overall, DC Super Hero Girls: Teen Power is a power trip through the everyday lives of three of Dark Comics’ most beloved female leads. Unfortunately, the rest of the cast does not become playable at any point – understandably so. The game is surprisingly faithful to its source material, which is [and it must be stressed] a whacky and warped television show based on the comics. The show, while not to everyones taste, does have a lot of heart, and so does the game. It is just an extreme shame how the game has no clear target audience: it looks and feels like a children’s game with strong messaging about obsession and social media. At the same time, however, it is a surprisingly deep arcade brawler, complete with customisation and extra game modes that tie back into the main experience. DC Super Hero Girls: Teen Power serves as a neat escape into the world of the television show, but ultimately fails to wow thanks to an obvious conflict around who the game’s target audience is supposed to be.