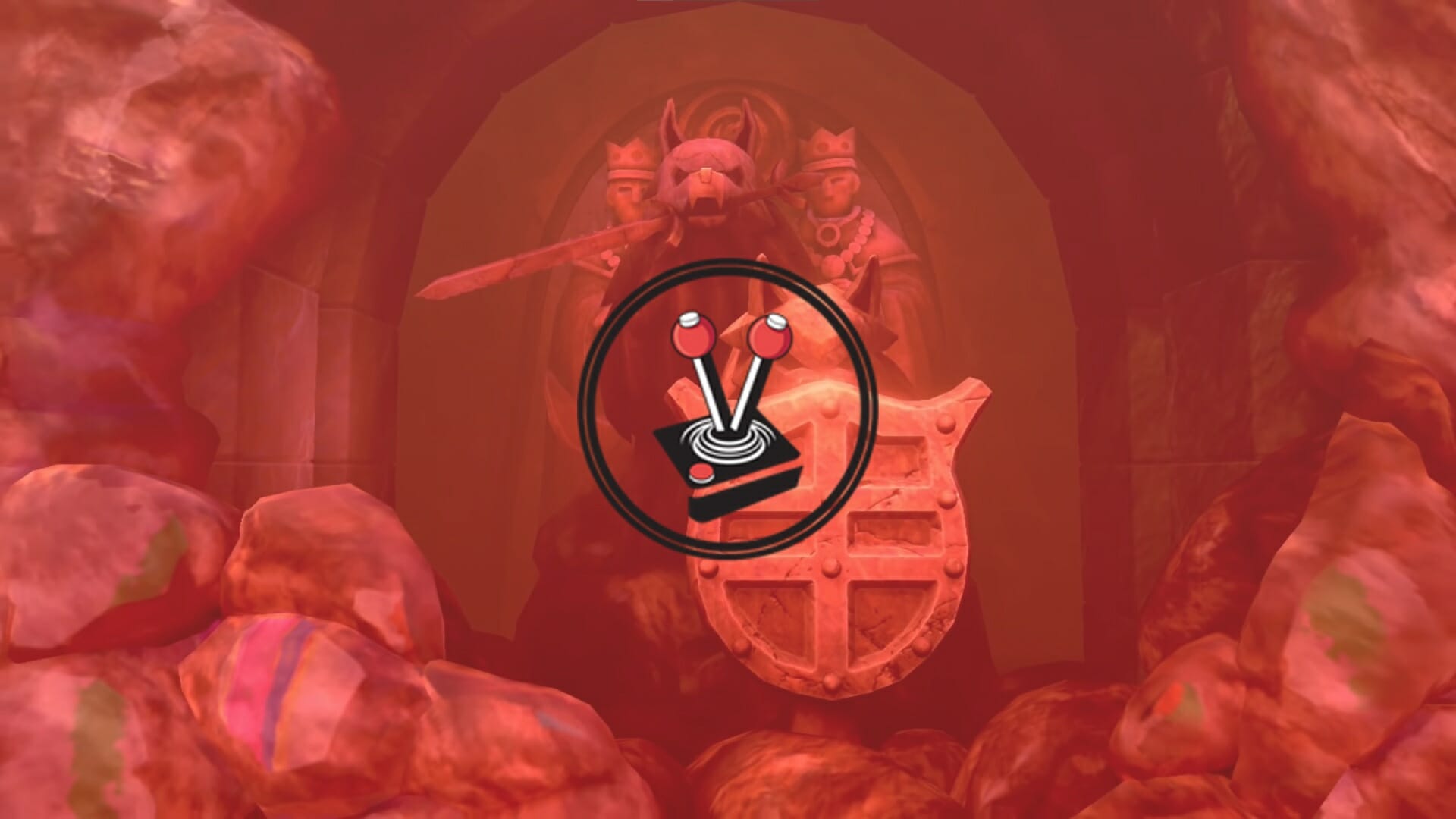 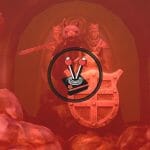 There is something great to be said about a franchise that manages to stay relevant across generations, regardless of how many other masterpieces occasionally overshadow it. This is what makes Pokemon so good. Longtime fans have been yearning for a new Pokemon game since Sun and Moon effectively threw a spanner in the proverbial works by attempting to change up as many gameplay aspects of the beloved franchise as possible. Pokemon Go reinvigorated the franchise for many fans while players who never even looked the brand’s way suddenly found a whole lot of interest in it. What about new players, though? Players like me, who have not played a Pokemon Company game in decades? The good news is that Pokemon Sword and Shield might be the perfect game to get started (again).

Discovering something truly masterful and fun for the first time is genuinely one of the few experiences I wish I could relive for many franchises. Mass Effect, Assassin’s Creed, and Dark Souls are exceptional franchises that will forever stand the test of time. Experiencing them for the first time, however, can only happen once… unless you stay away from the franchise for so long, that all of its most fundamental mechanics become a blur. This mostly-new experience is emphasised by the huge generational leap Pokemon Sword and Shield have taken; and the experience has been nothing short of incredible.

Pokemon Sword & Shield starts simple enough, with visions of grandeur. As with all Pokemon games, the player-character is set off on a journey across the entirety of a new region – this time called Galar. The goal: to win all the gym badges and become a champion Pokemon Trainer. As opposed to previous games where your rival is introduced at the start, Pokemon Sword & Shield introduces Hop, “life long friend” and brother of the current Pokemon Champion, Lee. Where Sword & Shield differs from previous entries, however, comes in the form of Bede and Marnie, who act like the traditional rivals gamers have come to expect. This is a nice way to ensure players are always ready to face what is to come, without forcing repeated fights against the same “rival” opponent and their signature Pokemon party.

Thankfully Bede is not as antagonistic to the player as previous rivals. Instead, he acts a bit gung-ho and treats players with just-enough disrespect to make it known he is a rival. On the other hand, Marnie is a fellow Gym Challenger. Marnie and her band of Team Yell followers kind of act like previous Team Rocket opponents, and serve to block off certain areas or as periodic reminders that everyone is not always kind. Marnie’s character, however, is a pleasant take away from other trainers, with a regularly updated party and new Pokemon additions. This keeps players on their toes as they need to be ready to face anything. Granted, both Bede and Marnie do take on much more specialised roles as the story continues.

The fundamental beats and story steps for Pokemon Sword & Shield largely remain the same from previous titles. The game starts by giving you the choice between one of three elemental Pokemon (#TeamWater all the way) and sets you off on a Pokemon Journey. The beloved Pokemon Theme song from the anime is an astute reminder that you can “catch ‘em all”, and that is exactly what you are incentivised to do. Pokemon Sword & Shield takes place in the Galar region, a United Kingdom-based region with the expected pastoral landscape, oldie-looking cities, and big industrial aesthetics. All non-playable-characters (NPCs) are walking British tropes, with Team Yell being the worst offenders. The entire act of journeying across the region is framed similarly to soccer (or football). Here, trainers wear uniforms and compete in unique tests with the ultimate goal of landing a few knock-outs in the Gym Leader’s court, all while being cheered on by huge crowds in a stadium.

Unlike previous titles, where Pokemon were hidden in grass and players only had to rely on little sprites; the beautiful Galar region, its cities, and all its wonderful inhabitants, are expressed in full 3D animated imagery. Thanks to the Nintendo Switch’s power, developer Game Freak have gone all-out with Pokemon Sword & Shield’s presentation. Everything is nicely textured, with visible wild Pokemon out and about, roaming tall grass and open fields alike. Trainers stand out and hang about looking for challengers to battle. Moreover, Pokemon Battles are fully animated, with the exception of different Pokemon abilities not always being depicted as extravagantly as they deserve.

Where battles do show off some flair and extravagance, comes by way of a new gimmick for Pokemon Sword & Shield: Dynamax and Gigantamax Pokemon. Certain stadiums will be “teeming with Dynamax energy”, which allows Pokemon to temporarily evolve into massive versions of themselves, where health is increased hundred-fold and moves are replaced by Max abilities. In some cases, Max abilities transform the entire landscape and can turn the tide of battle – such as when my Dynamax Drizzile turned the entire Fire Gym Leader’s stadium into a wetland. In some ways, Dynamaxing and Gigantamaxing are essentially just Mega Evolutions, but turned down a notch.

As long as enough energy is saved up, any Pokemon currently out in the field can Dynamax, regardless of their level. Naturally, Dynamax energy is capped at three turns per match, so use these opportunities wisely! As amazing as these look (and sound), I do think that Game Freak could have done without them. Much like how mega evolutions went by the wayside after just two games, I have a feeling Dynamax and Gigantamax will as well. With that said, these two phenomena are intertwined into the story, which revolves around ancient Gods and Animals – which, as you might expect, will inevitably come across in your travels through Galar.

As someone who bought into the pre-release negativity surrounding Pokemon Sword & Shield, I am glad to say the game has far surpassed my expectations. For a start, there is almost no loading once the initial boot-up process is complete, save for transitions between routers and hubs. Everything also looks spectacular. Even so, I do wish the Dynamax and Gigantamax gimmicks could have been dialled down a bit in favour of spending more resources on ability animations. Seeing Hitmonlee turn side to side a bit when I am doing a double kick is jarring compared to how much flare and sparkle a simple increase in size can be.

Apart from the incredible jump in graphical fidelity, Pokemon Sword & Shield also offer quite a bit of gameplay additions. When visiting a hub with a Pokemon Centre, players can allow their Pokemon rest and restore all their ability points and health. A computer to the side will always offer access to Pokemon Jobs, which are little time-based activities Pokemon in the box can be sent on to earn the much-needed experience they are not getting elsewhere.

Pokemon Jobs are straightforward enough to understand, and each usually asks for a specific type of Pokemon to get the job done. Pokemon Centres are also where NPC trainers are willing to trade. Since the region is Galar, many of the vanilla Pokemon encountered are special variants based on Galar. Meowth, for instance, which is a normal Pokemon in other regions, has region-specific features here that is a very hairy Steel Pokemon! With this in mind, there is a certain Pokemon Centre where players can trade one of their many Galar-region Meowths, for a normal Meowth not found elsewhere in the game. This simulates player-to-player Pokemon trades from older games, which is a nice incentive to truly catch as many Pokemon as possible.

Apart from what Pokemon Centres have to offer, Pokemon Sword & Shield also features Pokemon Camps while out exploring the various routes and Wild Areas. Pokemon Camps are nice ways to bond with Pokemon in the current party, get some cooking done (another new feature), and have them regain some health. Cooking is a neat activity where some berries are thrown together, and players interact with the JoyCons in fancy ways. It is always a treat when the perfect combination of berries and other consumables are thrown into the pot. Every batch cooked will be rewarded with a medal based on how well the ingredients go together. Depending on the quality and prestige of the reward, all Pokemon in the party get a bit of an experience boost and about 50% of their maximum health back once the camp is packed up.

Despite initial impressions of the game, Pokemon Sword & Shield is extremely hard to turn off. All fundamental gameplay remains the same as the very first Pokemon Company and Game Freak titles. Catching Pokemon has not changed at all, and the hundreds of region-specific variants serve as nice incentives to catch and retrain old favourites. Making it through the Galar region in search of new challenges and Gym Leaders is a visual treat as well. The vast rolling fields and megacities clad in old-timey facades work beautifully in tandem with the region lore about old gods and ancient Pokemon. Dynamax and Gigantamax feel like weird gimmicks, which — although amazing-looking — really could have been left out in favour of spending more budget on animations. The story featured in Pokemon Sword & Shield is littered with tropes, but ultimately designed in a way that it is fun and truly engaging. In many ways, the gameplay loop of going out into the wild, catching Pokemon and returning to Camp or a Pokemon Centre can become repetitive. With that said, however, it is truly addictive and ultimately extremely enjoyable. It is hands-down a must-play for anyone who has dabbled in the franchise before and is interested to make a return.