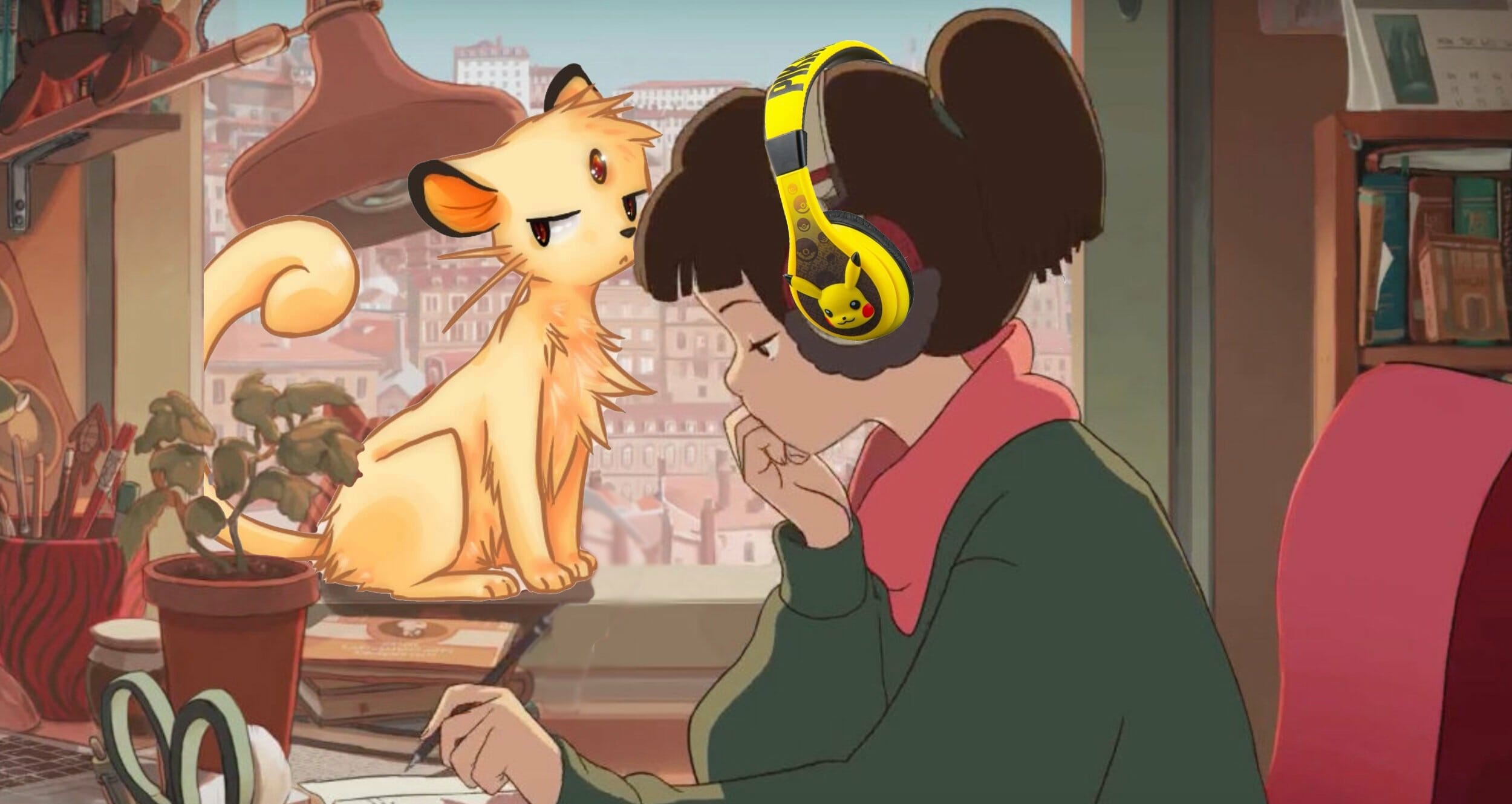 LoFi Hip Hop – Beats to Study/Chill By. We all know about it, and most of us love it. Some of us have even seen the meme. The world of soundtrack covers is vast and unending. Various creators on YouTube and Soundcloud have covered the iconic Pokemon Rap and Pokemon Anime Theme Song to death, but what if I told you covers for the Pokemon game soundtracks also exist? One YouTube Channel by the name of SeaSilver is collecting the best ones, and putting them in incredible LoFi Pokemon Mixes for your listening pleasure.

From Pokemon Red and Blue, through to Pokemon X and Y, there is no mistaking Pokemon for its incredible 8-bit soundtracks and the various music it has inspired. There are countless songs out there and most of them are great listening experiences. Sometimes, however, you just need a bit more – a mix, if you will. YouTube Channel SeaSilver has painstakingly listened to countless LoFi Pokemon covers and created unique LoFi Pokemon Mixes surrounding each major Pokemon region. The results are great 15 to 30-minute long mixes perfect for your daily commute to and from work… or you know, to chill/study by.

The first set of Pokemon games came out in 1996. Those were the good old days when games did not concern themselves with looking the prettiest or playing the best. All that mattered was the individual player experience. Together with a great soundtrack, GameFreak ensured players had a bug-free time, with puzzles that never got too challenging to solve and opponents who would not become too hard to beat. The company took this philosophy to heart and have managed to capture the hearts of children for the past two decades. Thanks to SeaSilver, however, a whole new subset of fans may flock to the brand.

The YouTube Channel is actually quite young. SeaSilver uploaded its first video on 1 September 2019. The video, titled Kanto – Pokemon LoFi Mix, is a wonderful thirty-minute-long mix featuring nine songs based around the first generation Pokemon region, and its games. It is a wonderfully nostalgic, yet modern take on Pokemon, and I would lie if I said I did not like it. The second, video, however, is what tugs at my heartstrings.

Johto – Pokemon LoFi Mix features nine LoFi takes on songs based in and around the second Pokemon region, Johto. The mix itself is 30 minutes-long and evokes the best qualities of the second generation of Pokemon games. While I started out my Pokemon journey along with everyone else at the very beginning, I fell in love with Johto and its Pokemon the moment I experienced Pokemon Silver on a friend’s Gameboy Colour.

SeaSilver has continually uploaded mixes well into the end of 2019. Allola – Pokemon LoFi Mix, which is based around the 2016 titles Pokemon Sun & Moon, is the last mix released so far. However, SeaSilver promised more mixes based on the rest of the Pokemon generations as soon as more LoFi covers are released. The newer the Pokemon games are, the less covers you can find floating around on the internet. SeaSilver says they would much rather feature quality over quantity on the channel. Good things come to those who wait, after all! For your listening convenience, we have added the entirety of SeaSilver‘s LoFi Pokemon Mixes below. Click through and let us know what you think!