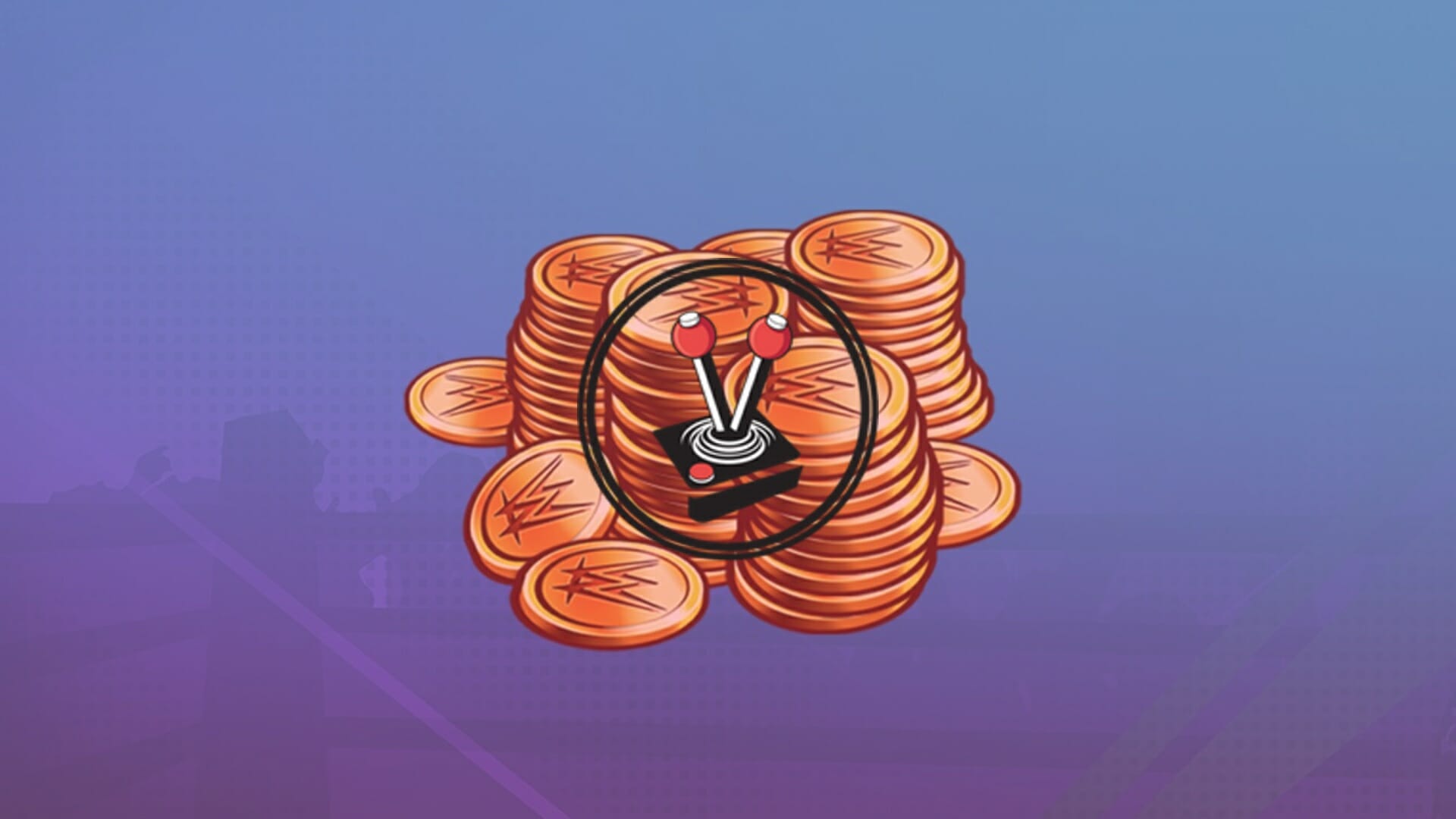 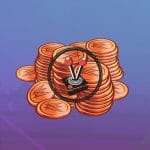 The WWE franchise is vast and seemingly unending. All it takes is a quick flick through any weekend morning or late night sport- and/or general entertainment channel to see the sheer breadth of it. It is, for all intents and purposes, one of the largest forms of entertainment to date. The sport is also one of the wackiest, surreal, and oft-parodied genres. With this in mind, all games to date based on the sport have a history of taking themselves extremely seriously. Only in recent years has 2K Games opened up and enjoyed the lighter side of the genre. It seems this cadence has come to a head with the release of WWE 2K Battlegrounds – one of the weirdest titles the franchise has ever seen. It is also the worst.

WWE 2K19 was a surprise hit for me. It was a fun deep-dive into the world of amateur wrestling, and how it plays into the overarching championship dominating televisions across the world. WWE 2K20, on the other hand, proved to be a bit more ostentatious in its execution. The game had a fair collection of bugs, but ultimately proved to be equally as entertaining as its predecessor. With WWE 2K Battlegrounds it is clear 2K and Saber Interactive have tried something new; and here is hoping it is the last of its kind.

Essentially, WWE 2K Battlegrounds serves as a sort of spin-off to WWE All-Stars, the THQ cult classic where wrestlers take on generic move-sets in favour of accessibility. It was not a great title, but it was clear the game was designed for a particular audience and players appreciated it for that. This time around, however, this new take on an established franchise misses all the beats needed to make a game worth investing in.

While WWE 2K Battlegrounds features one of the largest rosters of characters I have ever seen, 2K and Saber Interactive have categorised them into generic character classes and thus condensed their movesets into these same classes. This also means many wrestlers have suddenly adopted moves foreign to them and lost many more signature moves that the game could sorely benefit from. It simplifies (classic and legendary) wrestlers and makes them feel like nothing more than skins, which is pretty much the case given the striking art direction. When the sole difference between two iconic wrestlers, such as Dwayne The Rock Johnson and Hulk Hogan, is a slightly different set of animations (with emphasis on slightly), it is challenging to think how the game was developed for any platform other than mobile. Predictably, this offers an indication of what the progression systems are like once the game has been played for a few hours.

WWE 2K Battlegrounds is a straightforward game underneath all the weird aesthetics. The single-player campaign is nothing more than a series of matches where you can customise and create a number of your wrestlers. It does not pose any challenge and ultimately serves as nothing more than being a glorified tutorial on how each of the five classes work. The worst part is that actual WWE wrestlers are locked behind these matches! I eventually lost count of how many I had to complete just to play with the aforementioned greats. Playing the same bout of matches over and over again to unlock playable characters is also the same mechanic employed to earn in-game currency, which is how players unlock alternate costumes and character upgrades.

Issues with the tawdry gameplay mechanics aside, I must commend the campaign on its stellar cutscenes. Where the mainline titles usually have full-blown 3D and interactive cutscenes, WWE 2K Battlegrounds feature the most amazing comic book cutscenes. It tells the story of Paul Heyman and Steve Austin, and how they are building a sister brand to World Wrestling Entertainment. The point of the story is to convey a brand-new offshoot meant to be crazy and out of this world. This is a nice way of justifying the weird new game players are subjected to, while also showing off how much the developers and writers still love the sport. It is just a shame, then, that the game fails to deliver in this regard.

Part of the allure of WWE 2K Battlegrounds is undoubtedly its multiplayer aspect. As much as I wanted to enjoy this aspect of the game, I did not feel compelled to play given how the gameplay mechanics are identical to the singe player campaign – just online. There is hardly any variation amongst the repetition. Unlike the single player aspect, the multiplayer mode does have a few additions, such as pickups that give your wrestlers extra power and a larger focus on interactions within the arenas. However, the fighting system never changes and is merely a bunch of generic moves that only really differ between wrestler classes.

After barely managing to retain any enthusiasm for the title after wading through the single player and testing the waters of multiplayer, came the sudden realisation that the game was built around microtransactions. As a game published by 2K, it comes as no surprise that the big “M” is featured so heavily. Microtransations are extremely aggressive in WWE 2K Battlegrounds. So much so, that I will wager that it is no use even looking at this game if you are not planning on sinking any money into it. The most egregious showing of microtransactions undoubtedly comes in the way the game constantly reminds you that it has a premium currency.

As previously mentioned, the campaign serves as a way of learning the five wrestler classes and unlocking the greater part of the roster. The issue is that the greater roster is locked behind countless hours of repetition and grind. If you are not into the grind — which is so repetitive in this game that it feels like a chore — you can instead buy your way through… and therein lie the issue: the single-player campaign is literally designed to be so boring, that players are incentivised to rather spend money than playing and enjoying the content! Naturally, the game does have an in-game currency you can earn, but 2K ensured that it is so difficult to earn that paying is the only viable option.

In case you are still are not convinced, all you need to know is that it works out to around $4 USD per character. Unfortunately, the cheapest pair of coins you may buy costs $7.55 USD – around 45 US cent too little for two character purchases. Not only do you need to buy a mandatory set of coins to get a single character, but you also cannot buy two characters with whatever remains unless you pay a further $7.55 USD. Needless to say, this is unacceptable. Worse still, the premium currency can also be used to unlock entire skill tree abilities (which can be used in multiplayer).

Of course, one can feasibly say that a $60 USD title still warrants microtransactions if the extra content is worth it, or if the wrestlers you buy are unique in some form or another. In this game, they are not unique in any sense beyond appearance, and even if you only want them for how they look, you still have to get past the most horrendous graphic design the WWE franchise has ever seen. In short, the game features a similar aesthetic to Fortnite, with a dash of Overwatch. Models are cutesy and overly cartoonish, and the cel-shaded effect feels too faded to count as such. Arenas are decent and some semblance of effort seems to have been put into their designs, but there are often so many characters on the screen, that it does not even matter what the surroundings look like. Fortunately, the game loads and runs perfectly well, right?

WWE 2K Battlegrounds is, ultimately, one of the worst games this side of the current console generation. While it has some cool-looking comic book cutscenes and a decent story, the campaign quickly devolves into a repetitive grind with no real end. The grind is so boring that players actively feel encouraged to spend real-world money just to get anywhere in the game. This is astonishing, to say the least, and extremely unacceptable. Multiplayer would make sense if played with friends, but after a little while, there is no feasible reason to continue playing. Wrestlers feel generic and unoriginal, except for the five overarching classes. Frankly, the game is not worth recommending, not even for the most hardcore of wrestling fans.

To think they cancelled WWE 2K21 for this…