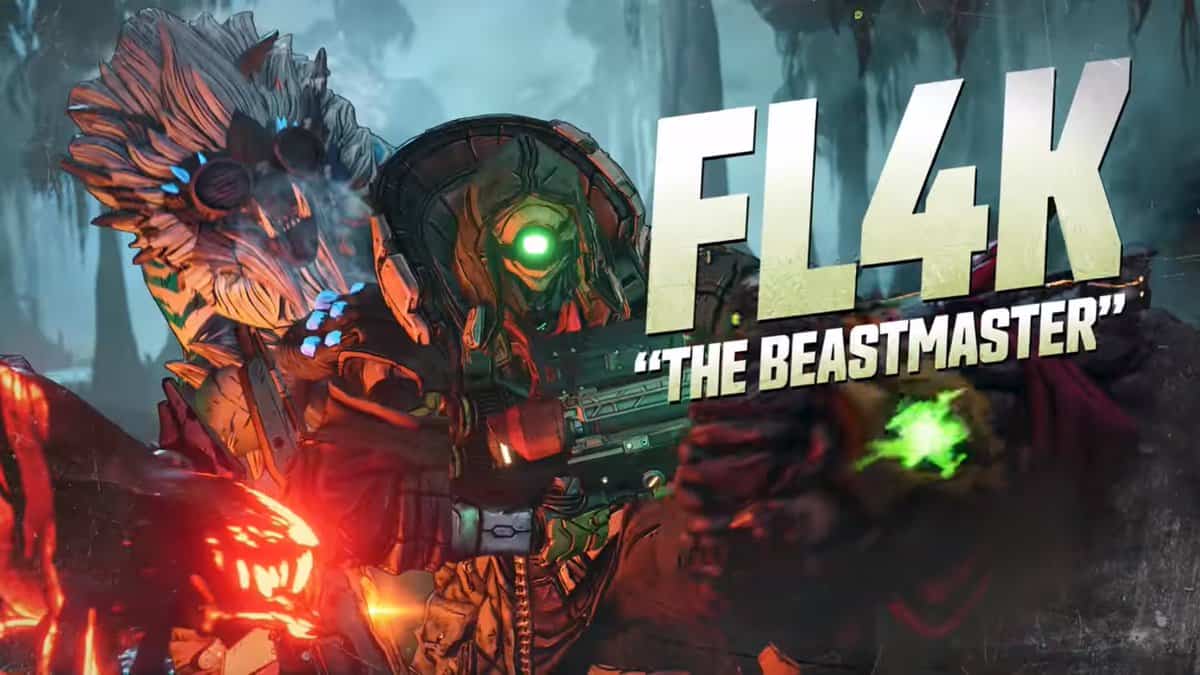 Borderlands 3 is literally around the corner, and Gearbox Interactive is eagerly showing fans what they have in store for them. In the new The Hunt Borderland 3 trailer, we get a glimpse of what the character FL4K brings to the table.

The Hunt Borderlands 3 trailer might be the most reserved trailer released thus far. The Operative showcased silent takedowns and drones, while Moze and Amara offered feisty mercenary women willing to fight for what is rightfully theirs. In this new trailer, fans can finally see what sets FL4K apart from the rest.

Of the four Vault Hunters, FL4K has received the least amount of love so far. The trailer (embedded above) is literally the most we have seen of the character, and he looks glorious. The Hunt highlights FL4K’s command over various creatures in the Borderlands universe. Similarly, it also showcases how The Beastmaster himself is more than capable of defending himself in fights.

FL4K is all about his beasts. The trailer does not reveal a lot of his backstory, but we can tell that his happy place is among his animal companions. FL4K loves the hunt, and craves for it not to stop.

FL4K’s most recognisable feature is his command of beast companions. These come in all shapes and sizes. In total, there are three main beasts that players will have control over. Similarly, these beasts all represent one of FL4K’s three ability trees: Hunter, Master, and Stalker.

Spider Centurion, for instance attacks using gobs of acidic goo and spinning charge attacks. It relies heavily on the Hunter skill and seems to be the most lethal of the three. Jabber Sidekick, on the other hand, is a dog-like companion with a cool-looking spiked body. The twist here is that it has its own gun, and relies on the Stalker skill tree. The Jabber Sidekick can revive FL4K if the need arises, and is “eager to please”. Finally, Guard Skag relies on the Master skill tree and revolves around buffing FL4K and his other companions. It attacks using “vicious bites and projectile vomit”. He likes to “chase cars” indicating that it may possibly sniff out loot and find vehicles for the player.

What I find most interesting about FL4K “The Beastmaster”, is that he seems to be proficient with a Sniper Rifle, along with invisible skills. This is reminiscent of The Assassin from previous Borderlands games – a class that has already been replaced by Zane “The Operative”. Perhaps FL4K hearkens back to the classic Assassins, while Zane embodies the evolution of the class into the modern generation of gaming. I guess we will find out soon enough.