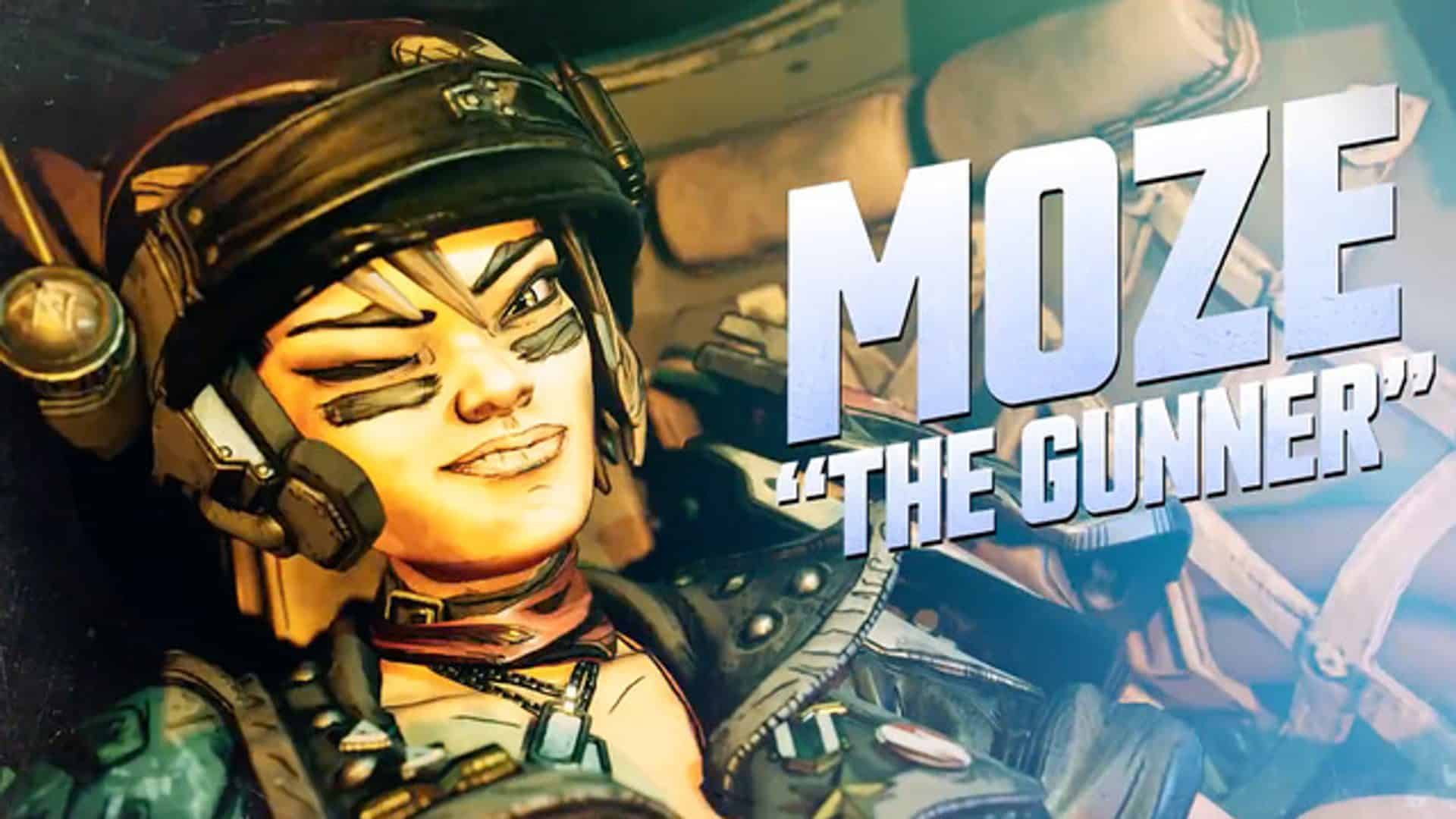 Another day, another Vault Hunter reveal! Like the games before it, Borderlands 3 will feature four playable Vault Hunters right from the start. Gearbox Software is giving fans a quick look at all four of the upcoming Vault Hunters in a series of new videos. First was Zane, and now we get a brief look at Moze in The BFFs Borderlands 3 trailer.

Any veteran Borderlands player will know that there are always four Vault Hunters. Borderlands 2 went heavy on post-launch downloadable (and priced) content, which eventually upgraded the initial number of Vault Hunters to six. In the BFFs Borderlands 3 trailer, Gearbox and Take-Two Interactive want to show players why there will be no need to wait for post-launch Vault Hunters.

The trailer above is essentially one big two-minute-long tease of what Moze has to offer. Just like the Friends Like Zane trailer, The BFFs features a bit of lore surrounding what makes Moze “The Gunner” tick, and what her abilities entail. Spoiler Alert: D.Va mains will have a heck of a time.

A big part of The BFFs Borderlands 3 trailer revolves around Moze’s companion mech, Iron Bear. According to Gearbox, Moze will offer a “unique take on character builds” since most of her abilities depend entirely on the well-being of Iron Bear. As shown, players can expect to use massive shields, rockets, and all sorts of miniguns and weaponry to keep both Moze and the Mech untouched. After all, how can you get damaged by bad guys, if you blow said bad guys up before they even know what hit them?

According to Gearbox, Moze will be able to augment Iron Bear through most of her ability trees. Shield of Retribution, Demolition Woman and Bottomless Mags are all augments for Iron Bear. More specifically, they act as replacements for Iron Bear’s modular weapon systems – a unique system that lets Moze switch out weapons as she sees fit… and yes, that includes equipping two of the same weapons, including Shield of Retribution. I am getting Dark Souls 2 dual-wield shield vibes already.

Moze is “the Gunner” in Borderlands 3. Along with the Operative (Assassin), we only have the Siren, and the Beastmaster to go. Similarly, so far both Zane and Moze have had very unique takes on their ability trees. It remains to be seen what Amara and Fl4k have up their sleeves!