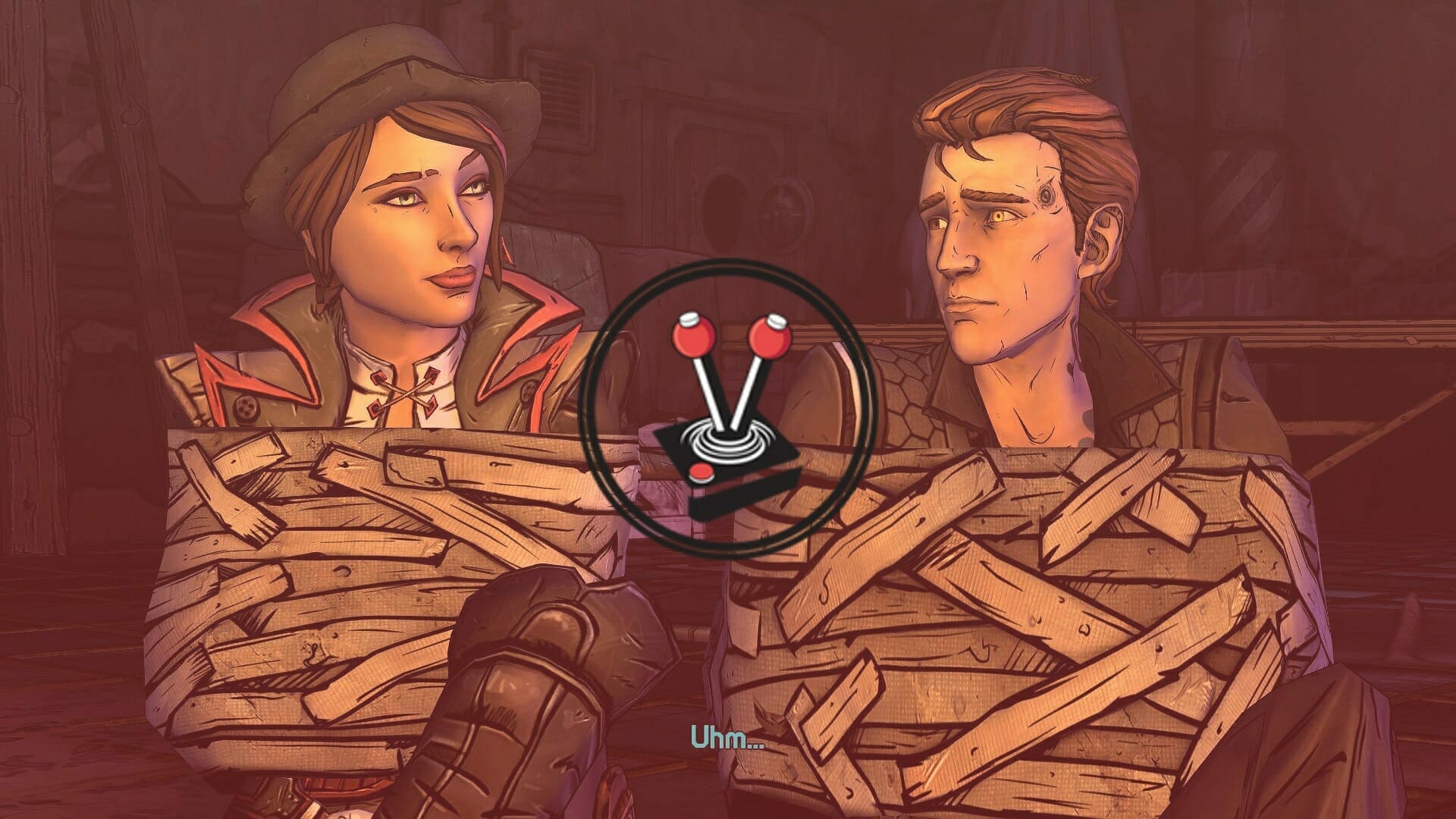 Ask five people what Borderlands is all about, and “it is wacky”, and “meant to be silly” will resound through whatever room you are in. After all, the game is a first-person looter shooter with a silly premise and a cartoony design. Initially, however, it started life as a tongue-in-cheek amalgamation of both the role-playing game (RPG) and the first-person shooter (FPS) genres; quickly becoming an overnight sensation. Since then, the franchise has had the strangest order of releases and spin-offs, with the most prominent being Tales From the Borderlands – a Telltale look at the world and characters of the franchise.

Due to financial difficulties, Telltale closed up shop and removed many of their licensed titles from retail platforms. Sadly, this included Tales From The Borderlands. Thankfully, a company called LCG Entertainment stepped up and acquired all Telltale assets, with the promise of even more games coming in the future. This saved many Telltale titles, chief among those being Tales From the Borderlands, which had just enjoyed a multi-platform re-release in the form of a bundled collection containing all episodes. With an all new remaster in tow, it is time to determine if Borderlands has enough substance for an entire six-episode saga about multiple protagonists vying for a massive vault of treasures.

Surprisingly, it seems that it does – but not exactly in the way fans of the franchise would think. Telltale Games is a studio renowned for its narrative-driven and character-focused stories. Pushing through and drawing from a thinning book of plot threads (as Borderlands 3 closed some of them) must have proven challenging for the studio. Even so, they managed to put together a charming story revolving around a group of misfit characters dealing with the fallout of the events of Borderlands 2.

As fans would know, Handsome Jack met his end at the end of Borderlands 2. His mega-corporation, Hyperion, is suddenly without a leader and many businessmen are jumping onto its carcass ready to take over. This is where Vasquez finally manages to step into the limelight after years of working through the corporate ladder to turn Hyperion into his immoral money-making machine. Thankfully, average white-collar company man Rhys finds himself on a quest of vengeance, having been demoted to “Assistant Vice Janitor”. Rhys, with the player’s help, sets out on a quest to steal a Vault Key that might lead to untold riches and years of fame – in Borderlands everyone wants to be a Vault Hunter. This is where Rhys runs into grifters named Fiona (the second player-character) and her sister Sasha, whose aims are to nab the key for themselves.

Together, the two-player characters have their stories interweave through time as they continually end up working together, or bump into one another. They then tell stories that are wonderfully fresh for the Borderlands franchise. As both characters take turns telling their versions of the same stories, they embellish just the right amounts of humour to ensure some laughs. The way it has been written is funny and silly in ways completely removed from the puerile humour of the mainline entries, while still keeping well within the boundaries of what Borderlands humour can be. Telltale is also smart in its execution with humour and story beats. Outside of the usual looter shooter gunplay, not a single mechanic (whether narrative or otherwise) is overused, and the charm of the characters manages to sparkle through even the most trying of episodes.

Tales of the Borderlands stars wonderfully crafted characters, but falters whenever larger story beats take place. The reason for this seems to be a narrative insistence on writing humour into every single aspect of the game. I am uncertain why the Borderlands franchise seems to exercise this need for humour. Almost like there might be some curse placed on any moment that is not filled with an attempt at spurring a laugh or two. While many of the scenes where the characters are telling their stories and interacting with each other are charming, being bombarded with jokes during important moments removes a lot of the fun. Thankfully, there is a distinct lack of immature laughs and puerile humour this time around.

As with most Telltale titles, actual gameplay largely comes down to pressing the correct key when prompted, doing some light exploring of singular scenes, and going through a bevvy of dialogue options. Tales From The Borderlands spices it up a tiny bit with some looter shooter bits, but keeps it to a minimum whilst doubling down on every other gameplay mechanic. It is kind of unique, how Telltale has married the gameplay with what might be expected from a good looter shooter. Tales From the Borderlands is, essentially, perfect for anyone who has played a Telltale game before, but also not at all dissociated from Borderlands in such a way that fans of the latter will feel left out.

All of that is to say Tales From The Borderlands remains as on-brand for the franchise as it possibly can. As someone who is not a fan of the franchise at all, I will admit that this is admirable. It is common for developers to take over and change licenses completely after they take over, and, while Telltale Games have done this exact thing, they have also adhered to the rules of the Borderlands universe to make it feel like it belongs. This is especially evident in the way things look – such as Fiona’s inventory being a distinct callback to previous Borderlands titles, or the scanning players can do with Rhys’ cybernetic eye and all of the descriptions scanned objects offer. The overall aesthetic is also pretty much the same as its source material.

The art style of Borderlands has always been unique and quite tasteful, regardless of the universe’s various inhabitants and their coloured lives. The cell-shaded effect and hand-drawn aesthetic is one that was employed by Telltale long before this game was announced. This seemingly perfect fit allows Telltale Games to go above and beyond what they normally do. The result is a title that feels uniquely Telltale, yet also Gearbox by design, at the same time. I appreciate this aspect of the game, and while I am hardly a fan of the franchise or the aesthetic, I respect it for what it is.

With that said, Tales From the Borderlands does suffer from frame drops, which are evident right at the start of the game. This is unusual for a Borderlands title [with the exception of those on Nintendo Switch], and something I am certain may not be a common occurrence. In my time with the game, however, it was bad enough for me to think that the console was the problem and not the game. Thankfully this is not something that happens often. Unfortunately, when it does happen it can be incredibly frustrating.

Tales From The Borderlands is a surprisingly enjoyable experience with charming characters that draw you in from the start. The Telltale writing team do a great job of making the humour less puerile than other Borderlands games; despite one or two forced moments of ‘Gearbox writing’ raising its ugly head. The overall aesthetic remains quaint and distinctly unique to Telltale. The visuals paired with the constant “humour” are perfect for any longtime Borderlands fans, while also bringing Telltale fans into the fold. It is a decent game with good intentions; and while not amazing at any rate, a sequel would not go unwarranted.