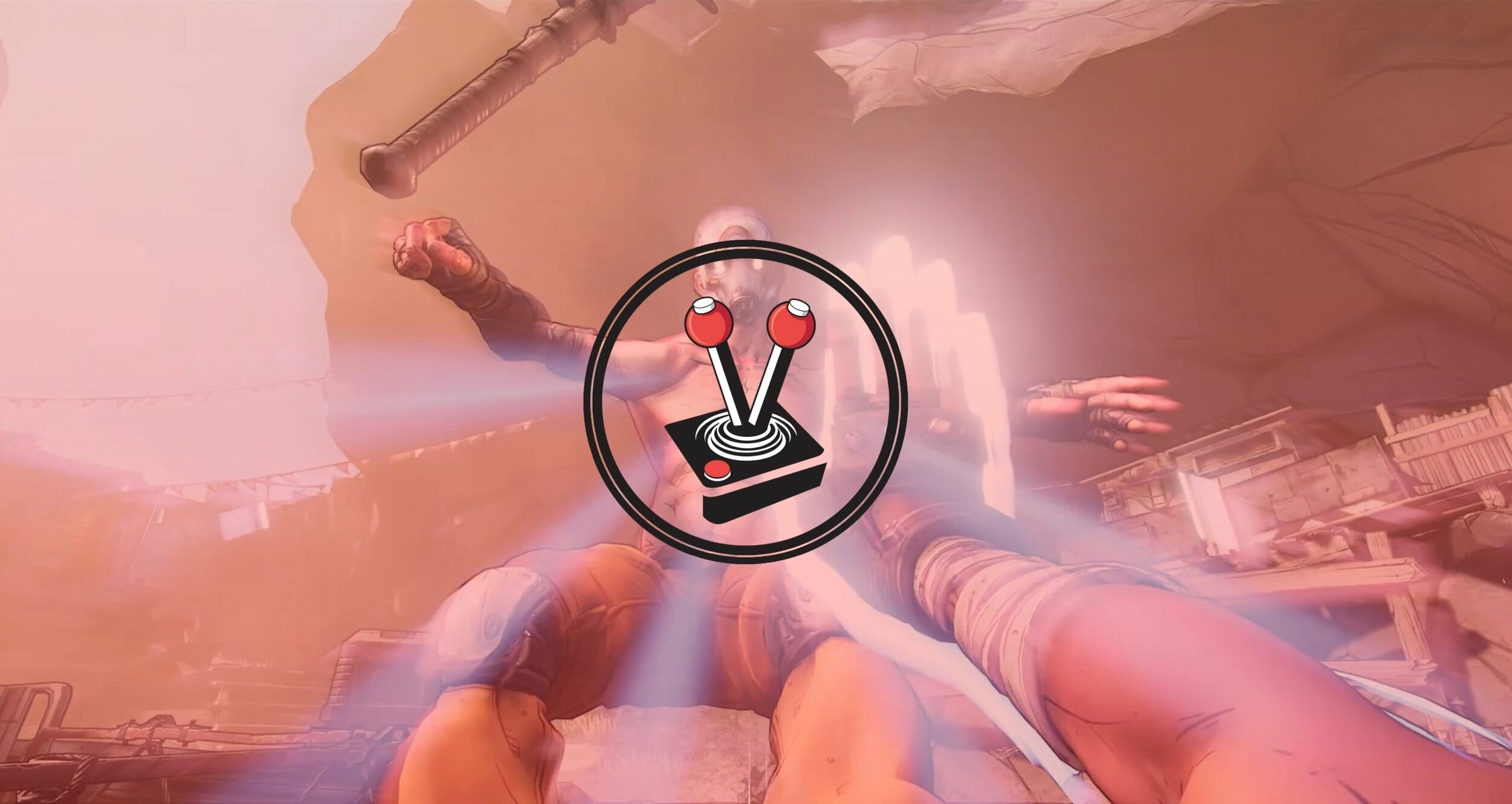 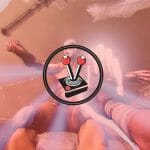 If there is one franchise that takes the term “if it ain’t broke, don’t fix it” to heart, it is undoubtedly the Borderlands franchise. The first Borderlands game was a treat. It featured great gunplay, amazing humour and an unconventional story with many wacky encounters. Borderlands 2 doubled down on the humour, but remained largely the same in terms of gunplay and narrative. The gameplay itself was only updated to accommodate modern systems at the time. A similar story applies to Borderlands: The Pre-Sequel, which felt exactly like Borderlands 2 – including the lack of innovation. Unfortunately, Borderlands 3 suffers from the same lack of innovation. It only has the added benefit of actually working on modern systems without too much of a hassle.

Borderlands 3 has a lot of legacy behind it. It is the third numbered entry in the franchise, the fourth mainline entry, and the fifth actual instalment. Of course, this tally does not include the mobile spin-offs. A hallmark of the Borderlands franchise is how the games often include social commentary on the games industry. With this in mind, it was rather surprising to find how Gearbox have taken a much safer route for the latest title. For example, the company changed the names of some long-standing enemies to better reflect the current social climate of the video games industry. Going against the grain is what the Borderlands video games have always done and is something people have loved. Despite the inclusive changes, Borderlands 3 harbours hardly any new innovation. For all intents and purposes, it is very much a ‘modern’ Borderlands 2 . As such, it can still be a lot of fun, but I just wish the company would have taken more risks with the latest title.

Borderlands 3 is a direct sequel to Borderlands 2. It takes place seven years after the new hunters entered the Vault and defeated Handsome Jack. Pandora remains barren as its inhabitants attempt to cling to some semblance of normal daily life. Unfortunately, the Calypso Twins arrive to wreak havoc with their new-found army of Psychos. Together with the emergence of the twins, four new Vault Hunters also make an appearance: Zane, Amara, Moze, and FL4K. They answer the call of the Crimson Raiders, and set out to work with series mainstays like Lilith, Claptrap and Dr Tannis to put a stop to the Calypso Twins and their plans to open Legendary Vaults.

At face value, this premise seems quite unique. This is the first time the protagonists actively have to put a stop to someone trying to open vaults! However, as much intrigue as the opening narrative contains, the actual practice thereof is disappointing, to say the least. What seems promising quickly devolves into a series of nonsensical fetch quests and weird objectives. Each of which appears to have been included to pad the three hour narrative with 27 hours of content, and the game does nothing interesting to keep you interested.

To its credit, Borderlands 3 feels like a “greatest hits” compilation of past games. Countless missions reintroduce fan-favourite characters from previous instalments and even more quests directly reference past games and events. Characters such as Tina and Sir Hammerlock make grandiose entrances and are generally nice to see. It is just a shame that, like all greatest hits compilations, it is not meant to last. Neither of these characters sticks around any longer than their two or three missions will allow. The game likes to hearken back to all of these events and characters only to drop them unceremoniously in favour of spending time with new characters no one cares about.

I think the biggest issue with the story of Borderlands 3 boils down to the fact that Gearbox seemingly had no idea what they wanted for the sequel. The game keeps bringing up references and hints from past games. Favourites return in good fashion and it is nice to see where everyone has ended up in the seven years since Handsome Jack’s reign. This is great and works well, only for it all to crumble into pieces the moment the Calypso Twins show face and make some stupid joke about streaming culture and faecal matter. It is quite evident that Gearbox wanted the story to move forward and start anew. The villains and brand-new protagonists are indicative of this. Heck, even the fact that you go off-world this time around and visit multiple planets are indicative of this! Alas, it appear as if Gearbox were too afraid to completely let go of old events and characters. The result is a Borderlands 2 sequel story, without the charm of Borderlands: The Pre-Sequel.

One of the series mainstays is the ability to choose from one of four Vault Hunters at the start of the game. Whoever you choose will define the way you play through the campaign and beyond. This time around, you have to choose between Amara, Zane, Moze, and FL4K.

Amara is a Siren, and an incredibly fit one at that. She is capable of immense psychic attacks and can obliterate foes effortlessly. She has unique projectile abilities unlike what previous Sirens were capable of and can project elemental attacks at foes or leave them hanging in the air – as per the usual Siren fare. Moze, on the other hand, is capable of summoning a pilotable mech from the sky. The mech is an extension of Moze, and the two go best together. Moze’s whole shtick is to tank and act as a frontline assault for parties and not much more.

FL4K, however, is quite the beast. FL4K is a non-binary force who can summon a range of different minions (called pets) to do his bidding – and by bidding I mean eat the bad guy’s face off. Zane is the game’s new sniper and stealth character. He is also the most disappointing addition to the new roster! Before launch, Gearbox made it clear how Zane is the brother to two of the franchise’s most influential characters: Baron Flynt and Captain Flynt. It is a pity then how the small amount of lore available gets thrown by the wayside as soon as the game starts! Zane is primarily focused on shooting, throwing bombs, and putting a few shields up for his companions. The guy has nothing more going for him.

All four of these heroes have branching ability trees featuring both active and passive abilities. While players are not allowed more than one main ability at a time, the game does allow you to choose what, when, and how to play with said abilities. Active abilities are used throughout most of your firefights, while passive abilities will trigger once certain conditions or active abilities have been met or triggered, or a combination thereof.

Gameplay in the Borderlands franchise often abides to the looter/shooter genre. The first game brought the genre to the masses. Borderlands 2 then improved upon the idea by introducing tonnes of new gear, and a random-number-generation mechanic for all dropped gear. Borderlands 3 uses the same system from Borderlands 2, tweaked here and there to feel more balanced and tighter. The changes help make firefights even more enjoyable, even after you have encountered your five millionth firefight.

Another big part of Borderlands is how players can go almost anywhere they please. This aspect is once again brought back from previous games and improved upon in slight ways. Borderlands 3 splits its campaign across a variety of planets. Promethea is a cool-looking and almost-Blade Runner type of metropolis; where an ongoing war is ravaging the lands. Athenas, on the other hand, is a small little play zone with its own unique aesthetic that is similar to Pandora. Nekrotafeyo is a desolate and barren wasteland where ruins of an older civilisation stand prominent and tall, yet broken, for all to see.

While unique and beautiful, it becomes evident early on that not a single one of the new planets and locales includes any new gameplay mechanics. Borderlands 3 sees you hop from planet to planet, with nothing more than a single paragraph of story to guide you. You will spend hours playing through hundreds of firefights at each locale, all featuring the same quest structure. Simply put, it is the same old song and dance every single time – and it gets old very quickly.

I think it is safe to assume that anyone willing to read this far into a review, already knows what to expect visually from the game. Borderlands featured a visually appealing cell-shaded aesthetic. An almost cartoon-like appearance, embellished in pastel-coloured palettes of pinks, browns, greens, and oranges. Borderlands 2 livened things up a tiny bit, sharpened the shading and added stronger outlines to all characters. The Pre-Sequel did nothing to improve upon the aesthetic. When Telltale Games’ Tales From the Borderlands spin-off released, it became evident that Gearbox had settled on the sharp and colourful aesthetic from Borderlands 2 – the very same aesthetic featured in Borderlands 3.

Make no mistake: I love the cell-shaded look, and I think Borderlands 3 pulls it off effortlessly and beautifully. I just think that it has grown quite stale in comparison to the leaps and bounds other looter/shooters have made in recent years. With that said, I do enjoy immersing myself in the worlds of Borderlands 3. Athenas, for instance, is a wonder to marvel at. The game often takes you to points of interest where you can stare out over the world Gearbox have crafted. It is very pretty. I just wish they would chang the formula up a bit.

In Spider-Man: Shattered Dimensions, for example, every version of Spider-Man has a distinct look and feel. What if Athenas turned the usual colour pallet into shades of blue and green only, with thin outlines to all characters? Conversely, how cool would it have been if Nekrotafeyo turned everything monochrome, with very thick outlines and the use cross-hatching in place of normal shadows? Not to mention Promethea, Eden-6 and Elpis! This would have upped the graphical ante in Borderlands 3 immensely.

I am of the option that Gearbox has played it extremely safely with Borderlands 3. Perhaps too safe. While the game looks stunning and the gunplay feels invigorating, the narrative leaves a lot to be desired and characters have hardly any personality to keep you hooked. The Calypso Twins entire shpiel is some sort of parody on streaming culture – an element of gaming that is more mainstream today than it has ever been before. This tells me the game was released a few years too late. Had the title released three years ago, during the onset of the streaming craze, many of the issues I have with the narrative may have been mitigated. In a way, I feel like Borderlands 3 tries too hard to be the game I grew up with (Borderlands), and offers too few changes to remain culturally relevant.