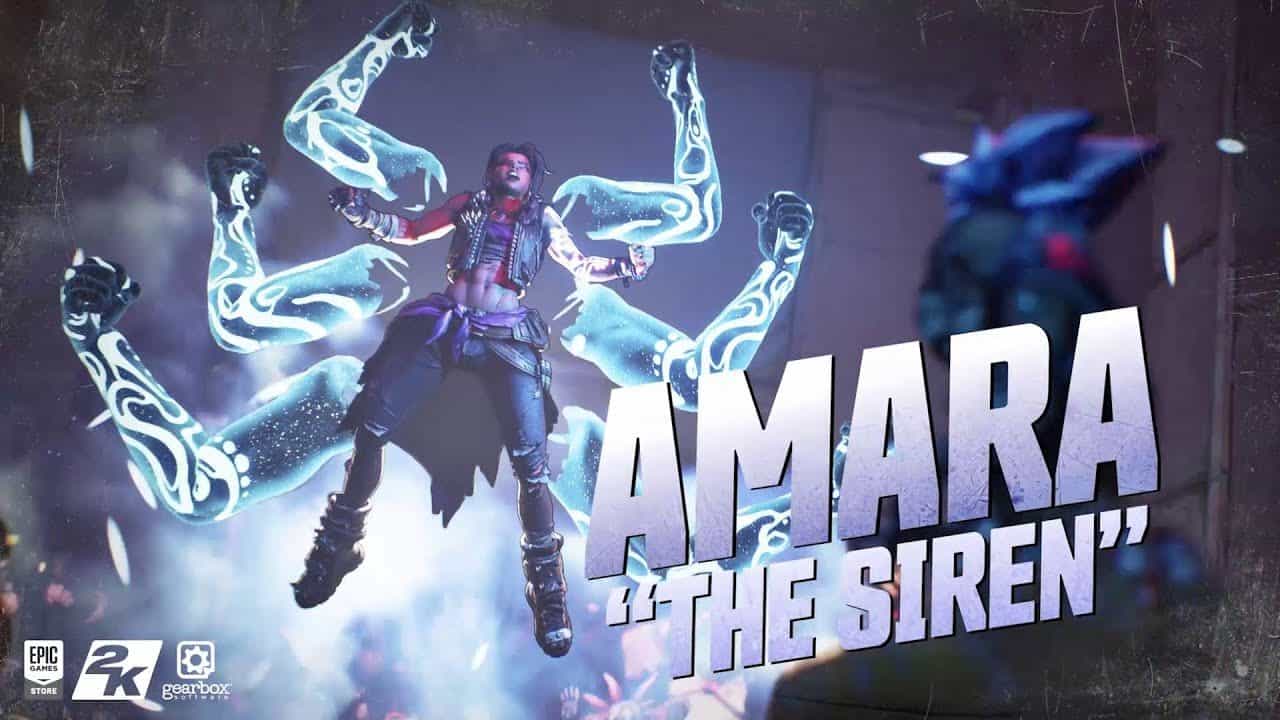 Borderlands 3 is almost here, and new Vault Hunters are continuing to be introduced. As such, Gearbox Interactive and 2K Games have revealed yet another trailer to the world. Looking for a Fight Borderlands 3 trailer introduces Amara, the latest Siren to join the Borderlands world… and she is a feisty one.

The Borderlands 3 pre-launch hype has been wild since Gearbox started to tease the game back in March 2019. Since then we have been privy to a number of new character trailers. Now in the “Looking for a Fight” Borderlands 3 trailer, we get a glimpse into what makes Amara, the new Siren, tick.

Of the four Vault Hunters, Amara has undoubtedly been the most prominent in previews leading up to the game’s release. With that said, her exact capabilities have always been shrouded in mystery. Looking for a Fight adequately highlights some of what players can expect from the fifth known (and still living) Siren of the Borderlands universe.

Amara is a champion of the people. She has been met with fame and praise for her role in securing encampments and liberating folk from overlords and crime bosses. However, despite her endeavours to search for worthy foes, she has hardly ever been pushed to her limits. As such, she is always Looking for a Fight.

Amara’s most recognisable feature is that her powers take the form of ethereal hands, complete with arms, tattoos and accessories. Like Zane and Moze, Amara also boasts three main ability trees. Fist of the Elements unlocks the ‘action phrase grasp action skill’ that allows Amara to lock enemies in place and crush them in the “grip of a giant astral fist”. The Mystical Assault tree unlocks the Phasecast action skill that is perfect for mobile players who like to be offensive. This skill will let players bombard everything in their path with a flurry of fists. The Brawl tree, on the other hand, unlocks Phaseslam, which knocks nearby enemies into the air when perfectly timed. No wonder Amara is always seeking a brawl in the Looking for a Fight Borderlands 3 trailer – she likes to fight.

Amara “the Siren”, joins Flynt “the Operative” (this game’s version of the Assassin); Moze “the Gunner”, and FL4K “the Beastmaster”, each with their own unique personalities and backgrounds. It is only a matter of time until we see how FL4K differs from the others.