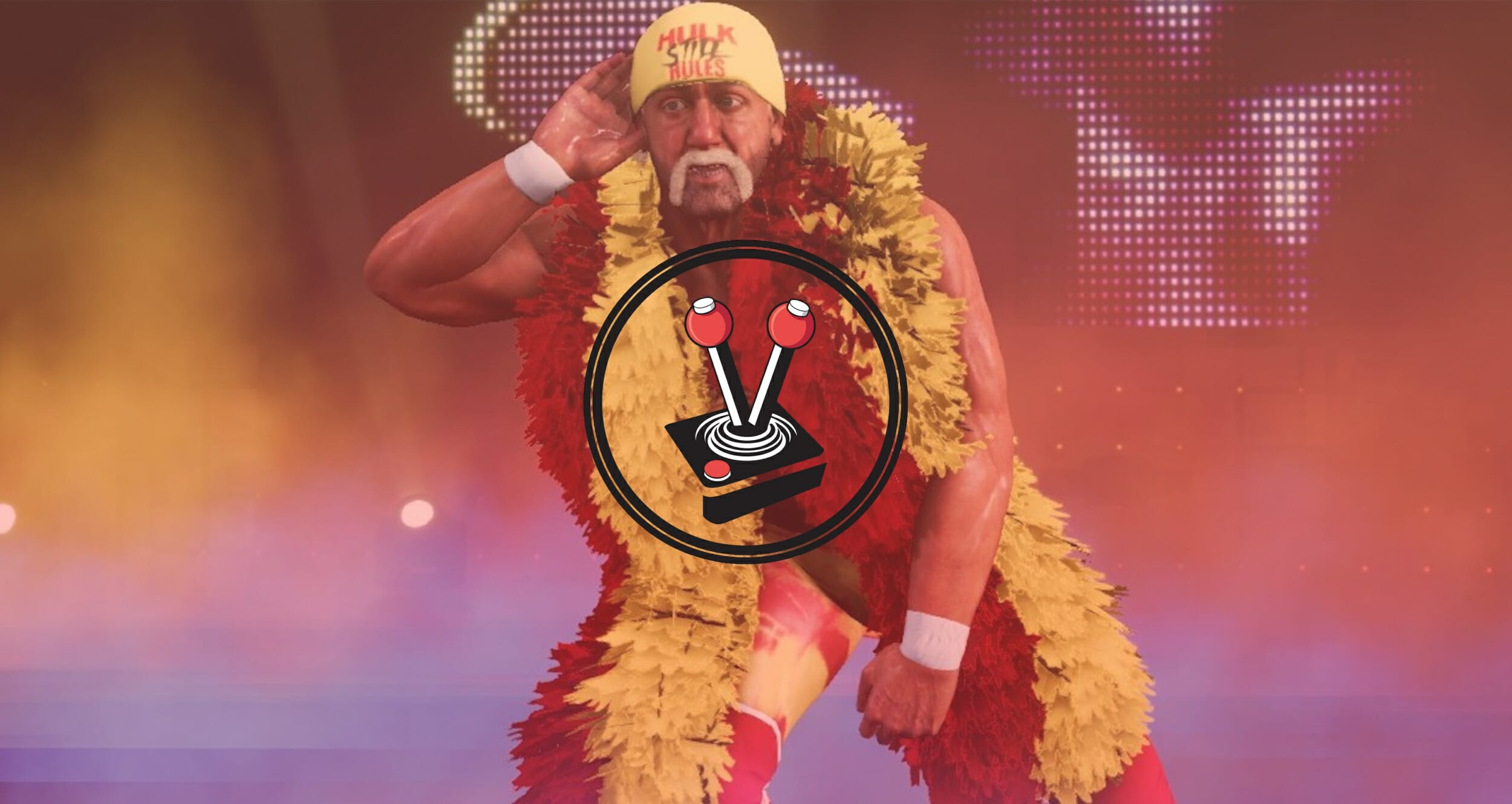 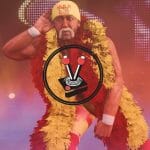 After the greatness that was WWE 2K19, I was ready to jump right back into the ring for WWE 2K20. Little did I know the ride would be way rougher than expected. The game launched to little fanfare and a whole lot of controversy, due in large part to its incredibly vast collection of bugs. These bugs rightfully deterred a whole lot of fans, myself included. Now, a couple of months later, I decided to give the game a fair go to prove itself. While incredibly fun (a WWE staple) and nowhere near as buggy as I thought it would be, the game still needs a whole lot of fixing before I would recommend it to anyone.

Both gameplay and story progression remains the same as in WWE 2K19, with a few notable changes. Instead of creating a singular, colourful and hulking beast who will live out your wrestling fantasies, WWE 2K20 wants you to make two! This year’s MyPlayer features both a male and female character, which means you have to create two characters from the start instead of the usual one. I had no idea how this would play out, so instead of creating my usual purple and/or green-skinned avatar, I created two fairly normal-looking human beings. You know, for posterity’s sake.

The character creator is as sparse as always. There are a few new additions to the many preset faces and body types, but at the end of the day it all comes down to how particular you want your characters to look. As with previous titles, you can unlock more custom items (such as outfits and hairstyles) as you play the game and unlock more loot packs. If you start the game fresh, however, you will only be met with a small selection of customisation options. I do not mind this at all since the game follows the same design as the one before it – one which I like. It does look better, however.

Tre (pronounced Trey) and Red are your two created fighters. They may or may not be related, but that is a trivial matter bearing no influence on their wrestling personas. In short, you do not need to concern yourself with anything other than the fighting – aspects they reminisce about when meeting up in the WWE Hall of Fame. Tre and Red’s reminiscing is essentially what pushes the short career mode forward. Throughout the game, you will switch between both the male and female characters as you complete various objectives in each fight.

One of my biggest gripes with WWE 2K19’s MyPlayer and career modes was how committed the game became to having the player do anything other than actually fighting their opponents. This is still largely the case. Matches once more have objectives you must carry out to progress through the fights. However, I must say that there are a fair few more fights this time around.

Another similar aspect from WWE 2K19 is how WWE 2K20 features a hub area after every mission. Here you can control either Tre or Red, and talk to agents, other wrestlers, or random celebrity lookalikes. These bits are usually extremely short and not where the bulk of the gameplay lies. They do act as short reprieves, however, and break up the story from just focusing on either Tre or Red. The dialogue options between the very simple-minded Tre and his fellow stars are quite hilarious and worth the run through career alone.

Once you are done creating your characters, talking to people in career, or simply waiting on friends so you can duke it out in multiplayer, the gameplay itself is fairly entertaining. The only issue here is how often the bugs seem to crop up in certain game modes – Towers and Universe especially. Thankfully, I only had my progress in Tower reset once thanks to a bug, and the Universe bugs largely consisted of animations freaking out and sound repeating over themselves. Nothing life-threatening as many social media posts may suggest, but annoying nonetheless.

Unlike previous releases, WWE 2K20 was developed solely by Visual Concepts, without any help from Yukes. I have no idea what the inner workings of video game development entail, but the game also has a much larger emphasis on the female side of wrestling – a creative choice that may have factored into the lack of Yukes involvement. Conjecture aside, I will say that I like the shift in focus. WWE 2K19 gave us a small glimpse into the female leagues while WWE 2K20 commits fully – a fact proven by this year’s iteration of Showcase: The Four Horsewomen.

This year’s showcase is quite intriguing. You follow four headlining female wrestlers – Becky Lynch, Charlotte Flair, Sasha Banks, and Bayley – as they relive all the matches that brought them into the spotlight as the Four Horsewomen of World Wrestling Entertainment. Just like last year, however, Showcase puts a very large emphasis on objective-based gameplay. This can become quite boring because most matches force you to go through a massive list of objectives before you can progress. Objectives aside, I think the new focus on female-oriented stories in Showcase is a welcome one. Maybe ardent WWE fans will get a Showcase based on Mickie James and her many – legendary – feuds and storylines in the future? A man can dream.

Beyond Showcase, WWE 2K20 also brings back 2K Central Towers and MyPlayer Towers. If you are a fighting game veteran, you will recognise how Towers in WWE pretty much follows the same structure as Towers in Mortal Kombat. You select a key performer from the ages (Central), or create your own unique performer (MyPlayer) and challenge yourself to a gauntlet of computer-controller wrestlers. All levels of the tower come with increasing difficulty. Winning one or more levels of the tower will net you coins and other goodies.

Universe mode, on the other hand, allows you to create your wrestling programs. You can use these programs to simulate custom matches between key performers of your choosing, or engage in them yourself. Unfortunately, Universe mode is also where most of the bugs seemed to have cropped up for me. I only played for a few short hours and I had it freeze up on me twice, stutter significantly during replays, and even had intro sequences for performers go completely bonkers as the wrestlers themselves started walking upwards into the air! Fortunately, I never really had hitbox issues or any timing issues once in the ring, and all the other modes that actually matter to me were largely free of bugs.

One of the best aspects of the WWE video game franchise is how every new game in the franchise always looks better than the preceding ones. WWE 2K20 is no exception! It is a pretty game and looks leaps and bounds better over the already great-looking WWE 2K19. The game will not win any awards for its level of detail and textures, but I do appreciate how well put together everything is.

WWE 2K20’s realigned focus on female wrestling brought along a couple of incredible spectacles. The Four Horsewomen Showcase is an especially welcome one, and even more so thanks to the incredible effects and cutscenes it includes. Wrestler intros also seemed to have been updated accordingly. Pyrotechnics now look like they are rendered in real-time, and performers making their entrances and walking onto the ring are more than just pre-rendered cutscenes or locked-down animations – this is evident by how intros often went awry in Universe mode.

The biggest issue in terms of visuals is how little love went into the areas surrounding the many types of rings you fight in during the game. While effects and flashy lights are always visually pleasing, looking at a crowd that looks like nothing more than pixels can be off-putting. Other than my qualms with what goes on outside of the ring, I adore how much detail Visual Concepts poured into the rings themselves. Textures are sharp and models always look good. WWE 2K20 also seems like it got a brand-new dose of ambient conclusion. Whether it is just stronger this time around than in the past, or reworked for the newer game has not yet been confirmed; all I know is that it looks great.

I like fighting and wrestling games, and will forever likely be biased when scoring them. WWE 2K20 has its faults, and it has a bunch more than I would care to admit. Fortunately, none of the bugs I encountered were game-breaking, and the one instance I had about my tower progress resetting never happened again thereafter. The game needs fixing, however, and I cannot deny that fact.

The shift in focus to female wrestlers is a welcome change for the WWE video game franchise. I particularly loved this year’s Showcase. The Towers also got a little bit of an overhaul with all of the newly added performers in the roster. The biggest upgrade the game got, however, came by way of the visuals themselves and how much better the game looks for it. I appreciate this a lot in a fighting and wrestling game. MyPlayer and career mode also introduced a new concept that I have not personally played before. Tre and Red’s story is a welcome change from the usual rags to riches underdog tale of yesteryear and proved to be quite entertaining. WWE 2K20 is decent. It is not “WWE 2K19 great”, but it is an enjoyable experience for anyone looking for something new in the WWE world. Unfortunately, it just has one or two bugs too many for me to recommend to anyone, without worrying that my recommendation might bite them in the butt.