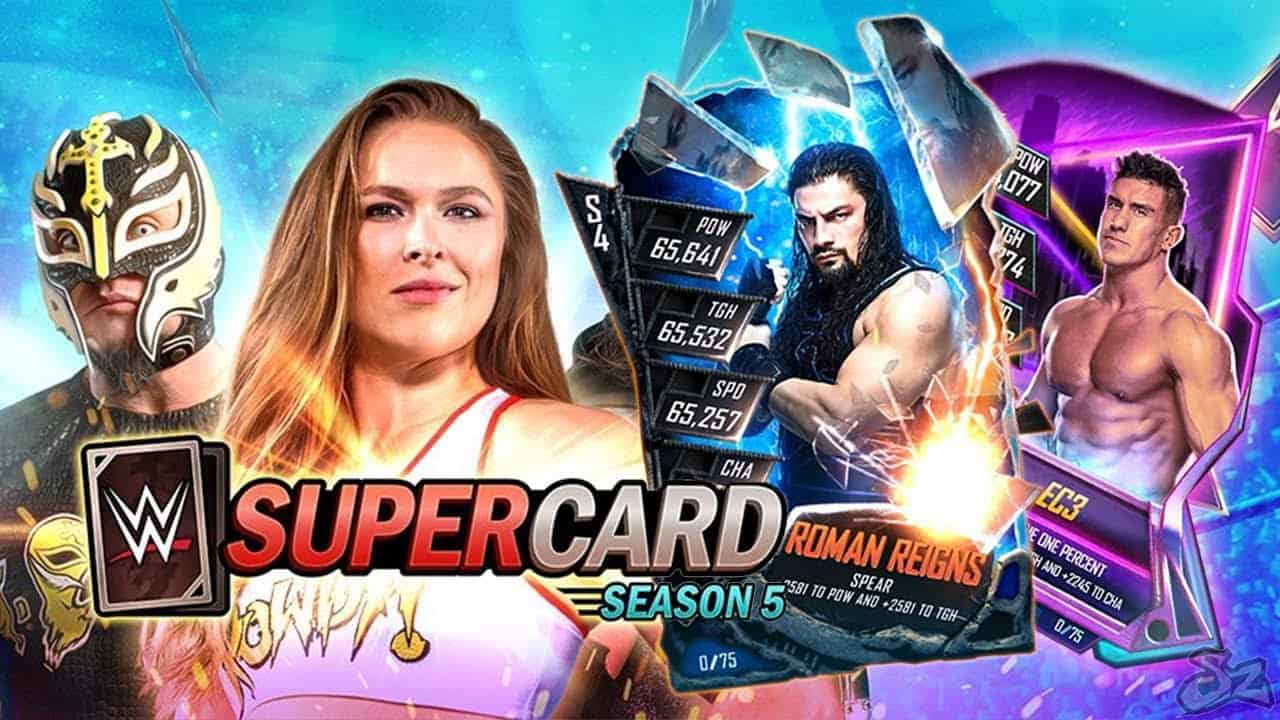 Card Games are a dime a dozen on mobile platforms, yet that does not seem to scare away the countless franchises that want in on the mobile card game frenzy. One of the more unlikely competitors in this arena comes by way of WWE. Now developers Cat Daddy Games have announced WWE SuperCard Season 5 details, which might revitalise the game.

As with past years, WWE SuperCard will be transitioning into a new season soon. That means that the free-to-play mobile card game will get a major overhaul to better match the current WWE lineup of shows, games, and other franchise extensions. 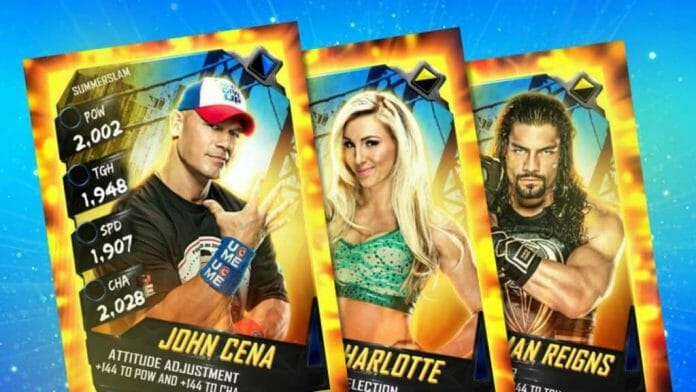 In Season 4, Cat Daddy Games introduced a few new game modes that included Elimination Chamber. Today, however, the developer has outlined some major changes – the biggest being that newcomers will automatically start off on the Hardened Tier of cards. Newbies will also get an Ultimate Level starting deck and have the ability to face off against  Ultimate opponents. They state that the “Hardened” tier is the new base level of the game, and that returning players will also be granted an Ultimate Deck when Season 5 begins.

A big reason for Hardened becoming the new baseline stems from the fact that low level cards serve no purpose in the game anymore. Cat Daddy says that they “want players – both new and vets – to jump into the game and quickly be more competitive than they are right now”. They say that current players are collecting thousands of cards across minor tiers that no longer serve prominent roles in the design of the game. Even with this shakeup, it must be noted that Hardened does not replace the Common tier, where Legacy Cards will now have their own place in the game. All new cards, however, will have a heavier focus on Hardened and above in WWE SuperCard Season 5. Think Hearthstone Wild. 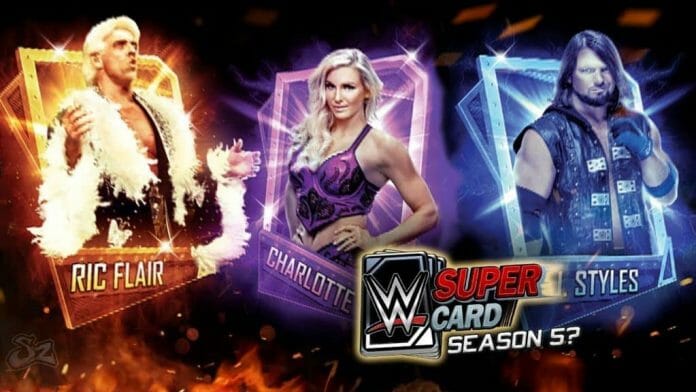 All players who join in on the fun during WWE SuperCard Season 5 will also see a brand new MyCards menu. It is designed to allow players to prioritise their strongest cards and manage them more efficiently; while players can also make use of a Multi-Fusion Chamber that accommodates regular, legacy, and promotional fusion cards. There is also a redesigned card catalog that allows players to display their impressive card collections in a new and novel way, and overall improvements across the board.

As an added little bonus, WWE‘s YouTube Channel has released a free match between Brock Lesnar and AJ Styles from the 2017 Survivor Series PPV event. You can check out the full sixteen minutes of wrestling glory below.