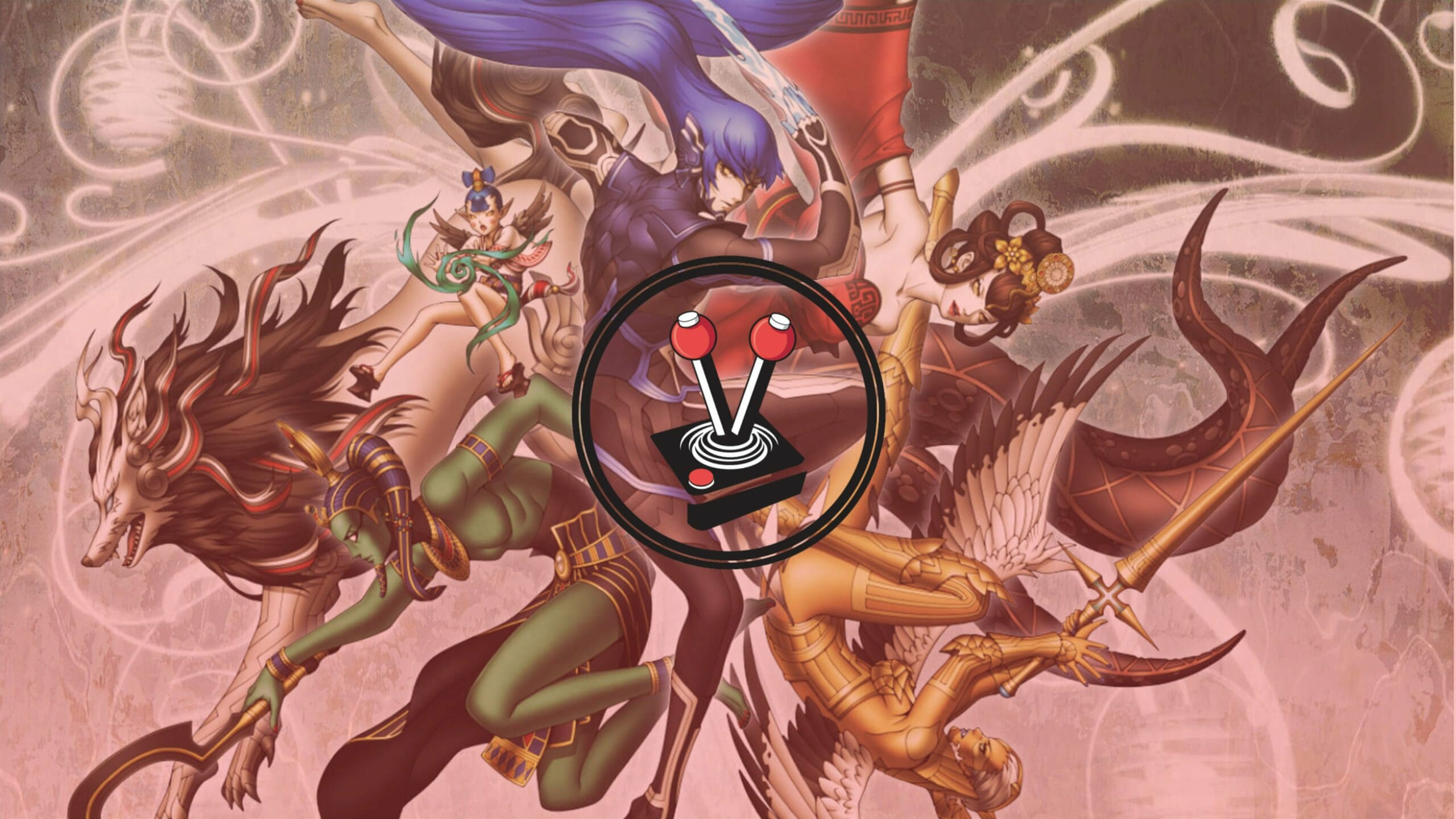 Shin Megami Tensei is a long-running franchise with multiple successful spin-offs under its umbrella. They are so successful, in fact, that no new Shin Megami video game could live up to the expectations created by the third mainline entry, Shin Megami Tensei III: Nocturne. Since then, sister-franchise Persona has adopted a large part of its fans, while SEGA and ATLUS have churned out new entries by the year. However, as the property’s fifth mainline entry comes to light, it finally seems like Shin Megami has recaptured its glory. Shin Megami Tensei V brings back the horror role-playing elements, beautifully matches it with grandiose ideas and surreal setting, while telling a sombre and creepy tale all at the same time.

In true Shin Megami fashion, Shin Megami Tensei V immediately brings two contradicting ideas to the forefront: players are met with narration discussing the end of the world, while the screen depicts scenes of teenagers in their prime, talking and playing around. As tradition would suggest, Shin Megami Tensei V follows the comings and goings of a Japanese high-school student who soon finds themselves embroiled in an apocalypse. This event pushes Tokyo 20 years into the future where demons and god-like beings seem commonplace. As is par the course for these kinds of games, the protagonist is tasked with shaping this new world, in ways [and whichever direction they deem fit] affecting both the past and future of Tokyo and its citizens.

As the protagonist sets into their new role of shaping the new future of Tokyo (now called Da’at), the game wastes no time introducing players to the classic Japanese-roleplaying game elements, and its dungeon crawling aspects. Side quests are abundant, and the main narrative stretches for a good 30 hours. Supporting characters have their own stories, and plot points that may have been dropped early on make sudden returns as twists unfold around every corner.

The plot setup and its various hooks are classic Shin Megami motifs. The difference with Shin Megami Tensei V, however, is how the world’s primary god seems to have been murdered. There is a delicate balance between order and chaos as the protagonist needs to learn the whereabouts of their friends, serve as protector for some, and possibly prepare to sacrifice important parts of themselves unto their own cause. The beauty here is how much choice players seem to have, without the game overtly saying as much. As always, player choice is very real, but newcomers to the franchise will never even know they had options [and chose to play their own ways] to begin with!

One thing standing out from the likes of Persona 5, is how well the pacing works in Shin Megami Tensei V. The twists and turns and the constant push through the main narrative (whether side quests are done or not) ensures the plot does not overstay its welcome. Players will find themselves on one side of a war between multiple factions much sooner than they would imagine, but also much later in the story than other linear and western-roleplaying games would dictate.

Another welcome difference between Shin Megami Tensei V and its predecessors comes by way of the game’s newer take on semi-open levels. The dungeon-crawling aspects are here to stay, but maps seem larger than ever. Collectibles, upgrades, resources, and more, can be found around every other corner. Verticality also has a much larger focus this time around, emphasising the addition of the player’s jumping and platforming abilities. Exploration is not just engaging, but rewarding as well.

Exploring Da’at is not a walk in the park, however, as demons dot the landscape. Combat in Shin Megami Tensei V hearkens back to previous entries in the franchise and marks the return of the Press Turn Combat system perfected in Shin Megami Tensei III: Nocturne. It is a turn-based combat system rewarding players for being smart. Attack an enemy with an ability they are weak against, and earn a bonus turn. Enemies, on the other hand, grow stronger or faster (getting more turns of their own) if players attack them with abilities they are strong against. The game’s Artificial Intelligence is smart; and enemies will take advantage of the system just as much as players should, making team composition later in the game extremely important.

The only real new addition to combat comes by way of Magatsuhi Skills. These skills are mostly buffs to the player team, or boons to enemies. They can only be activated once the Magatsuhi gauge has been filled, which will gradually decrease as rounds pass. Most battles do not go on for many rounds, so they tend to last all the way through unless dealing with bosses. There is an added bit of strategy here as well, as some Magatsuhi are affected by certain unlocked miracles. The idea is to know which Magatsuhi skill to use and when as they can considerably alter the course of combat.

Beyond these one or two new facets of combat, the game largely retains all other staples the franchise is known for. Its shift to Unreal Engine 4, however, ensures a much bigger and prettier game overall. The presentation in Shin Megami titles has never looked better. Its sombre aesthetic versus that of Persona 5’s super colourful and flashy design, is stark and for good reason: for the first time since Shin Megami III: Nocturne, the game truly manages to showcase exactly what the developers and writers intended. There is something truly creepy about the weird science-fiction and apocalyptic marriage, and the way it all looks beautifully captures these aspects.

Unfortunately, however, given the breadth of the game, there are occasions where performance takes a notable dive. Shin Megami Tensei V is evidently quite a lot more visually ambitious than the likes of, for example, Legend of Zelda: Breath of the Wild. Its scope reaches unimaginable lengths and it truly is a good looking game for the platform it is on. More so, however, is how impressive the scale of the world feels!

The world feels huge around the protagonist and it is so easy to get lost within the confines of its vertical levels. Character designs are also wonderful, whether demon, god, or otherwise. Part of it looking as good as it does comes at a cost, however. The game maxes out at 1080p resolution (when docked), and renders at around 720p when in handheld mode. Even at these resolutions, the game chugs noticeably during certain scenes — especially when flashier moves and abilities are used in combat. It really is unfortunate, but it makes sense. There simply is not a lot of headroom to play with on the Switch.

Shin Megami Tensei V truly outshines any previous main or spin-off title in the franchise. Persona 5 may have been an incredible feat, but this game simply sets a new standard. Part of the game’s allure comes from a surreal horror aspect no other franchised game has managed to successfully capture, but Shin Megami Tensei V is truly so much more. It is a classic Japanese-roleplaying game at its finest, thanks to the involved and nuanced plot, well-written characters, and unmovable resilience in terms of how it just does not fix what is not broken. It is a collection of all the best aspects of what makes a good Shin Megami game, and just like Nocturne before it, will go down as an exceptional game to beat.