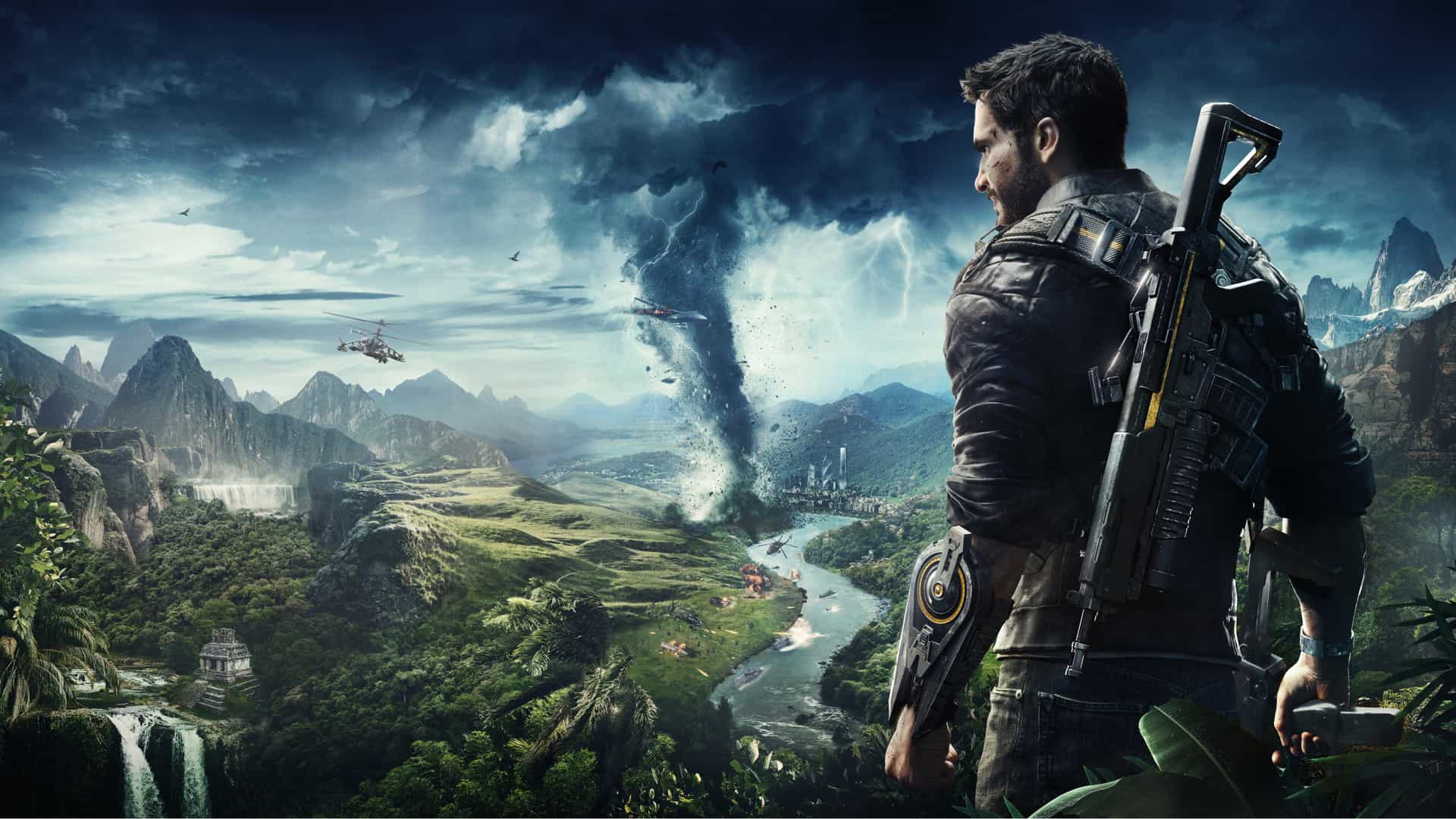 Just Cause is back! Square Enix announced Just Cause 4 at E3 2018 during their laughably short press event.

Gamers will soon be able to, once again, break out their grapple, wingsuit, and crazy weaponry as they walk in Rico Rodriguez’ shoes. In Just Cause 4, Rico will go up against a group called “The Black Hand”, a supposed private army that set up base in Solis, a fictional South American country.

According to Avalanche Studios, Solis is the series’ largest playable area yet. It features ancient temples, lovely beaches, and stupendous lighting storms, blizzards, and… tornadoes? Avalanche also says that the new game will feature new vehicle types such as bulldozers and car transport trucks, all of which brings the studio’s new handling model to light.

Just Cause 4 will also see the return of Rico’s wingsuit and grappling hook, both of which have been refined and reworked. The grappling hook, for instance, has been upgraded to allow Rico to tether more objects together and to use it at further distances.

Enemies have also received an upgrade from previous games. They are now reportedly smarter and feature a wide variety of archetypes and personalities.

As beautiful as the game looks, and as wonderfully ambitious as it all sounds, the game is set to release on 4 December 2018 – an abnormally quick release for a game we have only just heard of! Then again, with the sheer number of players who still play Just Cause 3 and its chaotic multiplayer, and modding scene, will undoubtedly iron out any bugs there might be at launch.

Just Cause 4 is set for release on Xbox One, PlayStation 4, and Microsoft Windows.