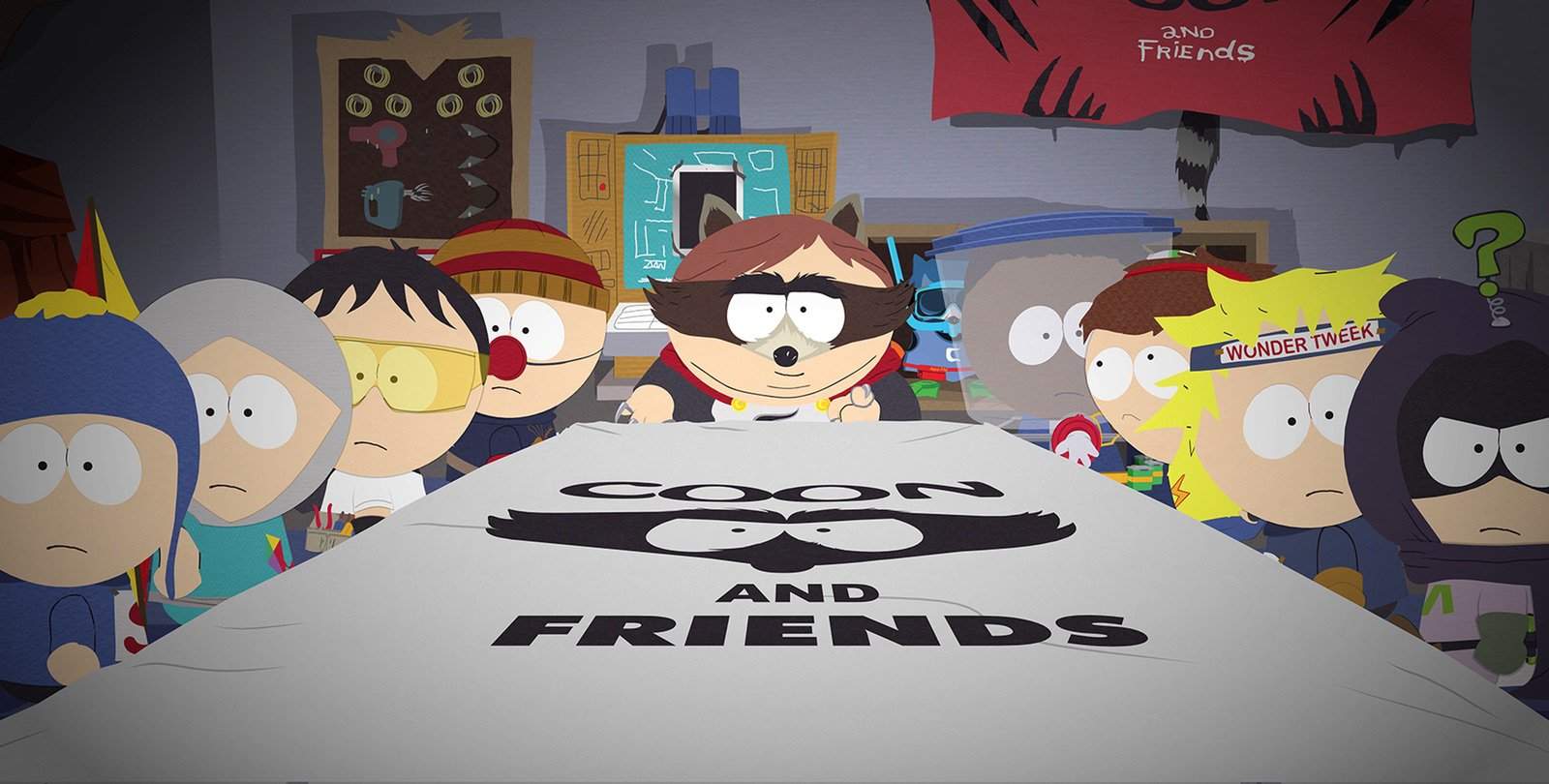 South Park: The Fractured But Whole is definitely not Marvel’s Captain America: Civil War (2016), but it looks like it will be just as amazing [you need to watch the gameplay reveal below to really appreciate this reference].

Announced during Ubisoft’s E3 2016 Conference, South Park creators Matt Stone and Trey Parker sat down on stage and showed off a number of videos detailing different aspects of the game; including the newly improved combat system, some random gameplay from the start of the game, and the trailer.

South Park: The Fractured But Whole, apart form being a clever play on words, will be set some time after the events of South Park: The Stick of Truth. The story’s protagonist is, once again, the player-created character from the last game, Douchebag; who wants to join the kids in their adventure to play superhero.

Players will be able to customise Douchebag yet again, but this time the customisations will be heavily themed towards superheroes. Just like the previous game, players will be able to choose from a class for their superhero such as Speedster or Brutalist. All of these choices will influence Douchebag’s backstory, which will be told via an imaginary origin story scene that Cartman narrates to the player during the opening sequence.

The game will let players explore a nighttime South Park, which has new locales and characters to discover and where havoc and chaos reign. At night, the world opens up and the player’s alter ego can harness his powers in order to save the town.

The brand new combat system offers dynamic battles where players can manipulate time and space right on the battlefield. Players are not fixed in one position any more, which will allow for far more “cinematic” battles.

As an added incentive to pre-order the game, Ubisoft will give players a copy of South Park: The Stick of Truth to anyone who purchases the game before its release on the 6th of December, 2016. The game will be available for Xbox One, Playstation 4 and PC.