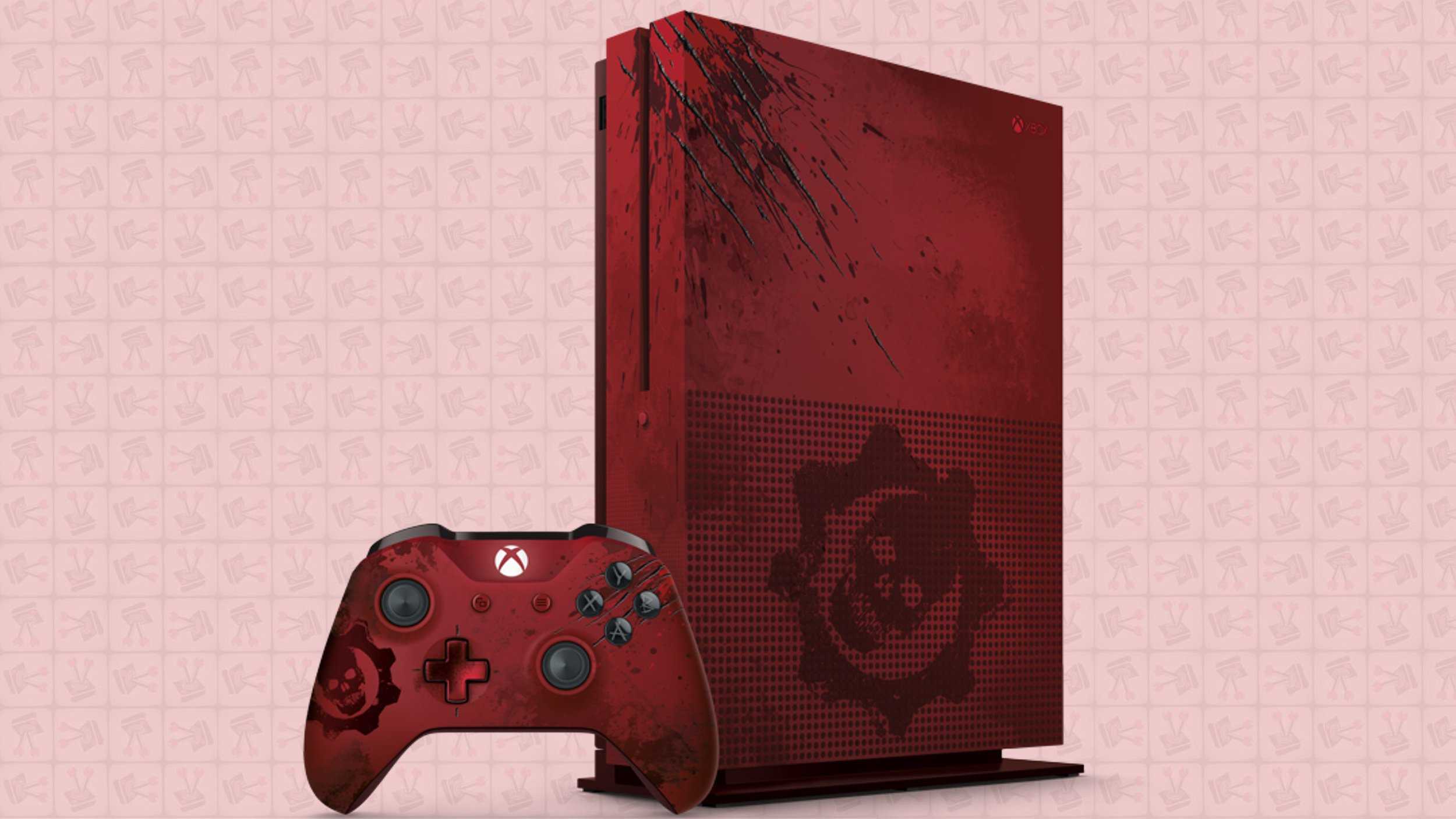 Microsoft announced a refreshed Xbox One S at E3 2016. Now the Seattle based giant has revealed a special limited edition, blood soaked, Gears of War 4 Custom Xbox One S.

It is no secret that Microsoft enjoys creating unique and ‘fun’ hardware for its Xbox brand. In fact, it has become a bit of a tradition for them to do so, one that was formed during the Xbox 360’s prime. With the upcoming release of Gears of War 4, Microsoft and The Coalition have teamed up to produce a series of new hardware based on the Gears franchise. As such, the reveal of the brutally gorgeous Gears of War 4 Xbox Elite Controller has been complemented by the news of a new and limited edition Gears of War 4 Custom Xbox One S. 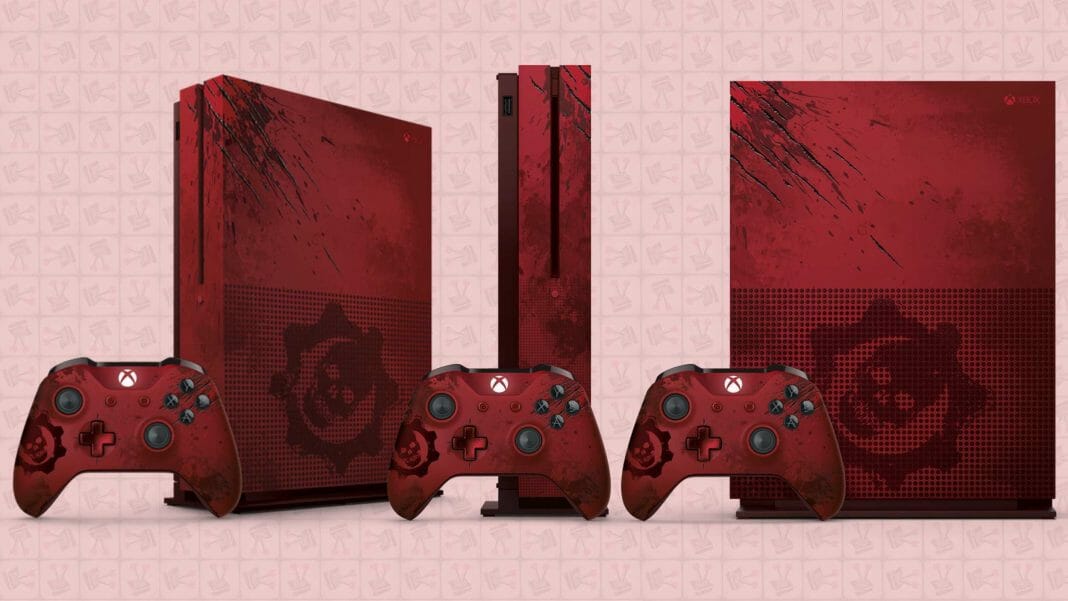 The limited edition Gears of War 4 Custom Xbox One S has all of the same features as its normal counterpart. Namely a smaller form factor, integrated power supply, and a 4K Ultra HD Blu-ray player and High Dynamic Range (HDR) support for videos and games. The difference, however, lies in the paintwork.

Through a unique design collaboration between The Coalition and the Xbox Design Team, the new limited edition console looks like something straight out of a Gears of War game. The stand out feature off the special console is how it bears the battle marks of surviving a desperate fight against the ferocious new enemies in Gears of War 4 – the Swarm.

This bundle is, no doubt, a labour of love, as the console and accompanying controller are filled with incredible little details. From the laser-etched scratches, to the bloody thumbprint on the controller’s red metallic D-pad and the iconic Crimson Omen, Microsoft looked closely at what they could do with each piece of hardware. The result is a stunning and truly unique Xbox One S, one that is an absolute must for any fan of the Gears of War franchise.

The Xbox One S Gears of War 4 Limited Edition 2TB Bundle will retail for $449 (R6500) and includes the following:

Alongside the Gears of War 4 Custom Xbox One S is another limited edition controller that has been designed after J.D. Fenix, the son of Marcus Fenix.

Both the JD Fenix and Crimson Omen controllers come with three Gear Packs containing in-game items and an exclusive multiplayer lobby emblem – a different one for each controller. The Crimson Omen and JD Fenix Limited Edition Xbox Wireless Controllers will be available for $74.99 USD (R1200) starting 13 September 2016. 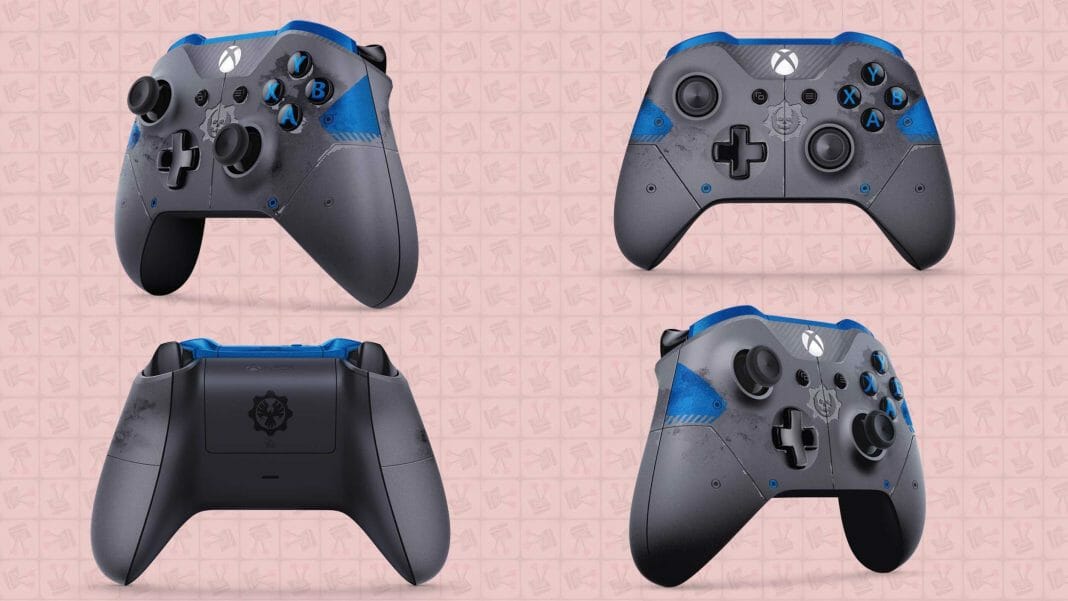 No word yet on a local South Africa release.