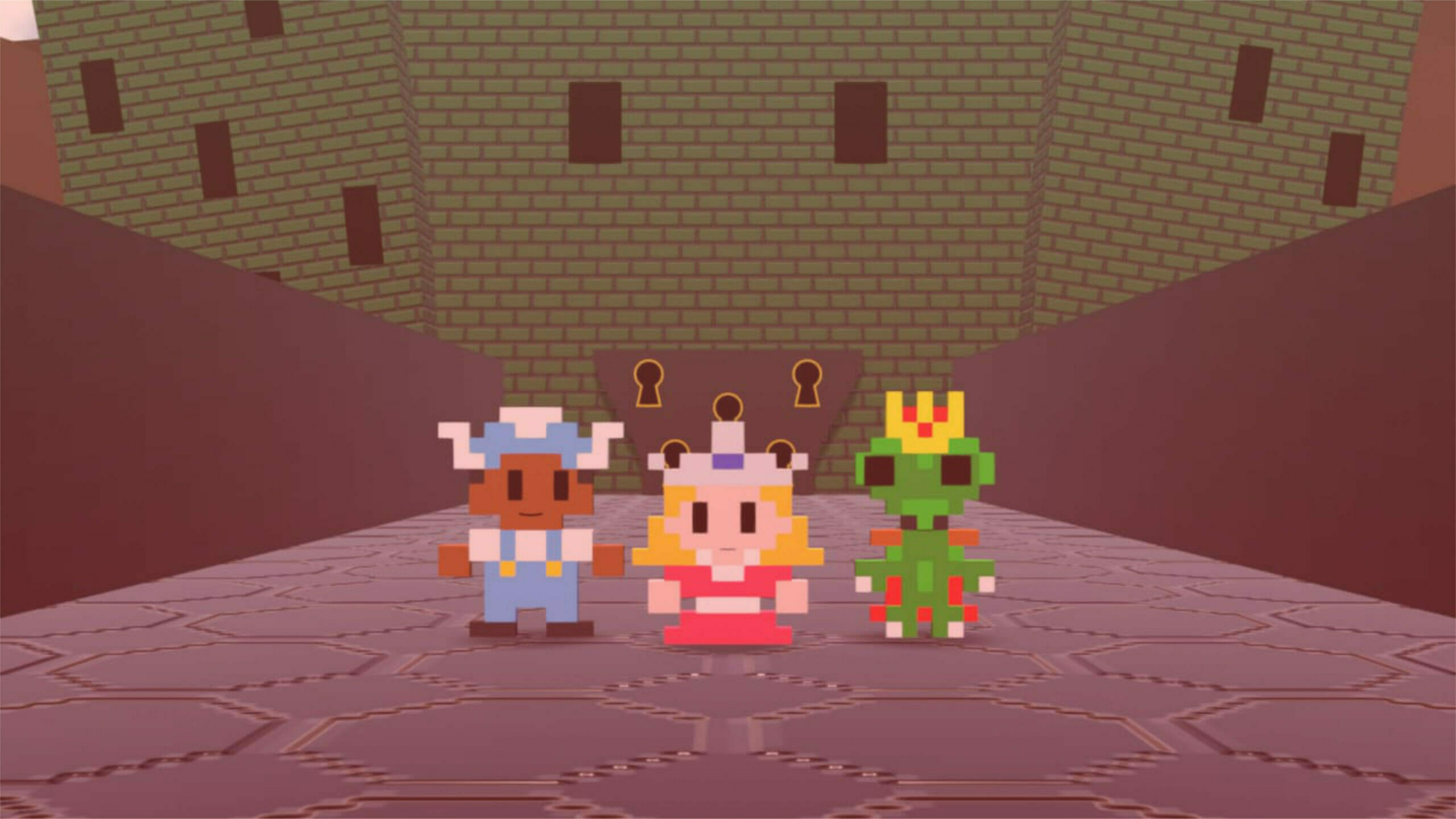 A common literary technique comedy novels and some genre-bending science fiction employ is one where the characters within the fictional universe of the subject matter will often call out the quirks of their world. Thanks to the advent of comic book heroes like Deadpool and the character’s re-introduction into mainstream entertainment, the more commonplace (albeit not entirely encompassing) term “fourth-wall breaking” has exploded in popularity and use. These days, characters who are not only self-aware, but also fully aware of the fictional setting they are in, have become a whole new deconstructive design method enjoy. So much so, the technique can now be found in television shows, more mainstream novels, and even video games! Video Game Fables is one such video game, where characters are fully aware of the absurdity of their daily lives. As silly as it may sound, the execution is sound and, frankly, masterfully done.

As far as narratives go, Video Game Fables seemingly follows a comfortable and safe plot structure. At face value it is a typical role-playing adventure game where a hero is tasked to rescue the princess from the big bad. Soon into the adventure, the Hero becomes aware of how Princess Aru has escaped the Jaws of Evil – entirely on her own. In addition, with the help of a “random passerby” called Nate, Aru found her way back to the kingdom. Job well done! Until, of course, the Hero becomes upset about how they could no longer go on their life-saving adventure. As a result, the Hero teams up with a Witch to destroy the King’s castle, taking the king hostage in the process.

Suddenly, a brand-new adventure springs to life when Princess Aru takes matters into her own hands, recruits Nate and the Gator King’s son, Tator, to attempt a whole new rescue — this time, one that might truly lead to world-ending finales. Maybe. Probably…

The strange way in which the narrative unfolds is both unique and refreshing. While the standard Role-playing game design prevails throughout general gameplay, it immediately subverts expectation in more ways than one. While the starting plot twist is a turn in-and-of itself, the narrative of the game seems to ooze self-awareness. As players progress through the title, Aru will comment on the ridiculous and, quite honestly, inane tasks they need to complete for her to reach their goal. Dungeons with big saws and huge bars (both of which have no business being in dungeons in the first place) immediately get called out.

A seemingly repetitive quest sparks the fire within Aru, mere seconds after the words are printed on the screen, and progression requiring the completion of puzzles rightfully warrants all the censored words Aru can think of at the given moment. It truly is as quirky as it sounds! The only issue, however, comes by way of how the absurdity of it all seems to start and end with Aru. Despite her being fully aware of every video game trope in existence, players still need to aid in her quest to get through the dungeons, fetch the quest items, and complete the puzzles… but it is a game, after all, and a fairly decent one overall.

Beyond the self-imposed awareness the narrative emphasises, Video Game Fables ends up with a fair amount of unique and fun gameplay. Its core gameplay loop remains unchanged from standard dungeon-crawling RPG titles (explore, loot, fight, ???, profit). Bosses lie in wait after most lengthy dungeon excursions, and equipment and spells must be upgraded often. In this way, it is a fairly simple gameplay loop. Where the game differs, however, comes by way of the game’s “crit” system, a gameplay addition to combat. There is no mana or stamina. Instead, players have to rely on the crit system to boost offensive capabilities, or debuff enemies. In essence, players need to score a critical hit, in order to use other abilities. This may sound like a nuisance at first, but crits have a default hit rating of 40%, meaning they happen more often than not.

Critical hits in Video Game Fables works more like an energy versus the typical structure associated with this mechanic. When a critical hit is scored, new options open up to players during combat. These include empowering future hits, or allowing the use of a new skill or spell. Crits also limit an entire party’s moveset, meaning Aru, Nate, and Tator all get buffed when the player uses one of their saved up successful crits. Like other video games, the success rate of crits increases or decreases depending on which weapons the characters have equipped, and the turn order in which battles play out can drastically make or break a particularly challenging fight.

Another unique element Video Game Fables has going for it is the classic Mario-esque world design and aesthetic. Everything about the game, from its storefront, through to its splash screens and menus, all the way to the bulk of the gameplay; takes place within a blocky, low-memory, almost-potato-like world, which players who have enjoyed games on the Super Nintendo Entertainment System will instantly be familiar with. Forests are represented by low-poly squiggles and dark green terrain, while deserts feature yellow “sand” terrain and an abundance of cacti. Lava is a mess of orange and brown, while the sea is represented by exactly the same textures as lava… just inverted. The characters are all based around 8-bit designs, and move and act like they come straight out of the 90s. Everything about it screams “retro” and it is, simply put, rather amazing.

Video Game Fables enjoys minimal faults and even fewer flaws. Its very design – incluiding the simplicity of it – aids in pointing the spotlight where it counts most. The game has a wonderful, if somewhat basic, narrative, but it employs humour and fourth wall-breaking irony in calculated and poignant intervals. It looks and feels like a classic SNES title, but conducts itself with all the candour of a hit up-and-coming indie title most worthy of a player’s time and money. From its unique setting, through to its wonderful staying power, Video Game Fables is exceptionally quaint and fun.

Title reviewed on Windows 11 (via Steam) with code supplied by Momiji Studios.